DC Comics April 2016 Solicitations are here! Harley Quinn leads the way with not only an April Fool’s Day special with the Suicide Squad but Harley Quinn and Her Gang of Harleys as DC begins to really push their Suicide Squad characters in advance of the Suicide Squad movie in August. April also sees the release of Bloodlines #1 an original story from J.T. Krul. What will you be picking up from DC in April?

HARLEY QUINN AND HER GANG OF HARLEYS #1 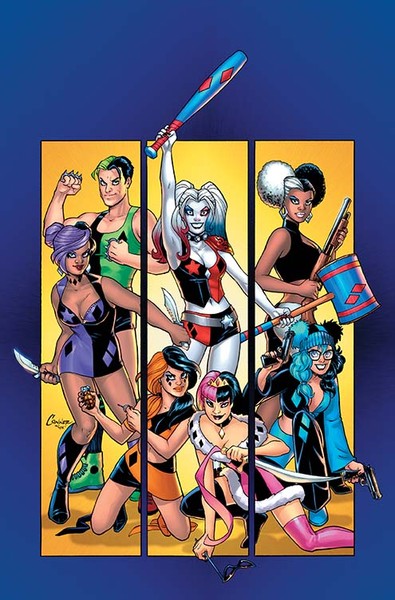 Straight from the pages of HARLEY QUINN comes the story of her strange new army of assistants, the Gang of Harleys! In this new miniseries, they’ve been on the job for just a few months, and the Gang is ready to stand up and show what they can do without Harley…and they just might have to, because Harley’s been kidnapped! The Gang’s homes, their loved ones—they’re all in danger from a strange new villain with a very personal grudge against Harley! 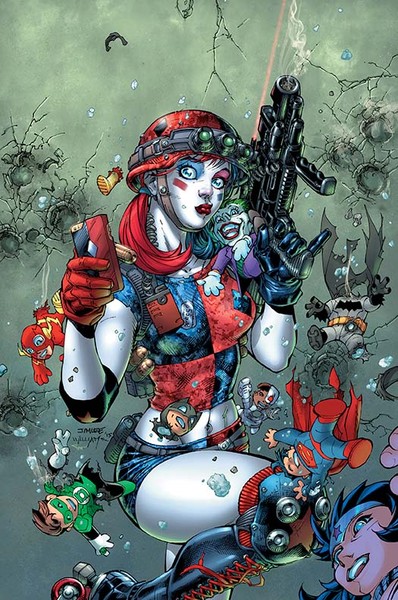 Dr. Harleen Frances Quinzel, M.D., welcomes you to Evil Anonymous, the support group for super villains in need; where no problem is too insane or homicidal, and where discretion is assured as only a clown princess of crime can—which is to say, not at all. But when Harley Quinn starts using her patients’ own evil schemes against them, it turns out that a much bigger, far more dangerous, and truly life-altering joke is being played on her. 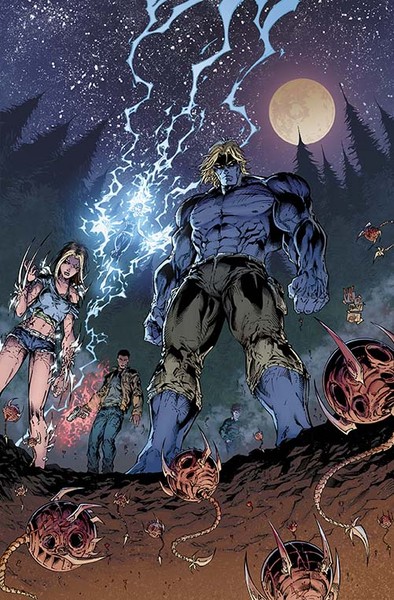 When a meteor crashes to Earth, bringing with it an unspeakable alien presence that terrorizes a nearby small town, the lucky ones die first. As for the rest, they find themselves locked in a hellish struggle for control of their bodies and their minds. This isn’t just an invasion. It’s an infestation. What would you do if the greatest threat to humanity was hidden away inside you?
Award-winning writer J.T. Krul (Teen Titans, Green Arrow, Jirni) and superstar-in-the-making V. Ken Marion (All New Soulfire, Jirni) bring you their dark and horrifying science-fiction epic about tortured souls who are cursed to a fate worse than death…much worse. 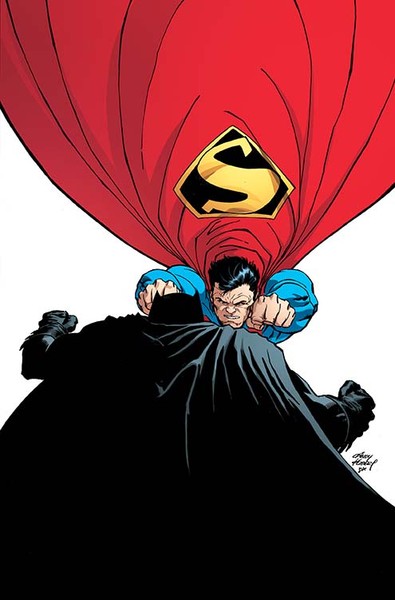 Batman and Robin prepare for war with the Master Race, and an ally returns from an unlikely place… 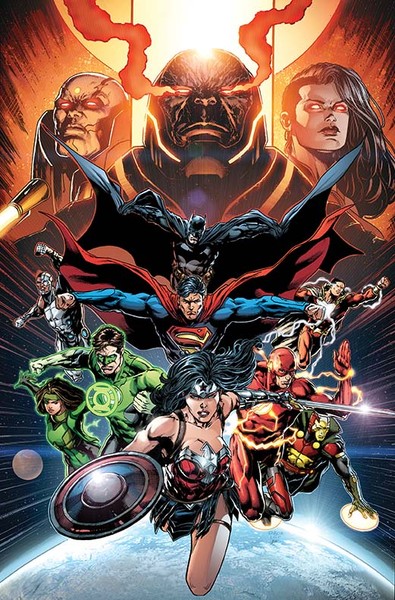 This is it!! The massive, 48-page conclusion to the critically-acclaimed “DARKSEID WAR” can hardly be contained between two covers! Don’t miss the final fates of the world’s greatest heroes and villains, along with world-changing revelations for Batman, Superman and Wonder Woman. It doesn’t get bigger than this as DC’s monthly super hero event comic sets the stage for the next year and beyond! 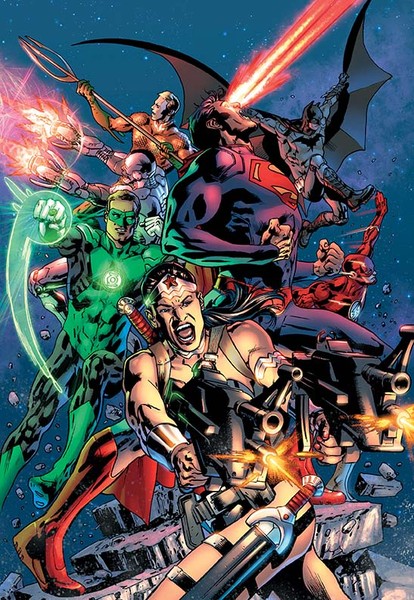 The League members in the ancient past catch up with those in the present, and the whole future is at stake! The League thought they had beaten Rao, at great personal cost, but his final solution for the people of Earth is far more than even The League can stand against. 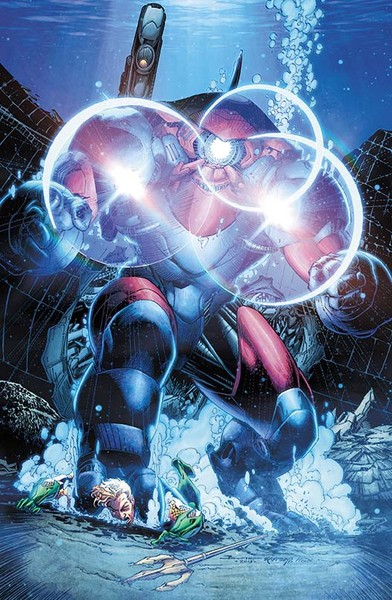 In order to solve the mystery of the rage-monster Dead Water, Aquaman must turn to the only person with any answers: the notorious Scavenger! 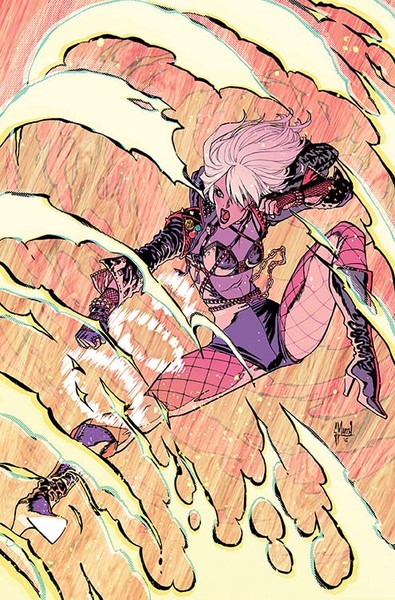 The true scope of what Dinah’s up against stands revealed—and it’s an infernal evil that’s out of this world! What did this sinister presence do to Dinah’s missing mother…and what horrible bargain has the mysterious white ninja made with it?