DC has unveiled their collected editions that will be available for purchase in April, May and June of this year. Harley Quinn Vol. 4 gets a hardcover edition as does the Justice League of America Silver Age Omnibus Vol. 2. There is also a full color Green Arrow 75th anniversary edition book! What do you plan on snagging in a couple of months from DC? 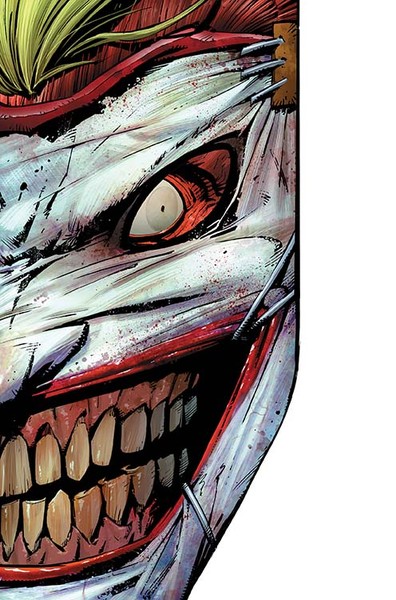 The epic “Death of the Family” begins in this story, reprinted for just $1.00 from BATMAN #13, with pages from the 2016 edition of the DC ESSENTIALS CATALOGUE! 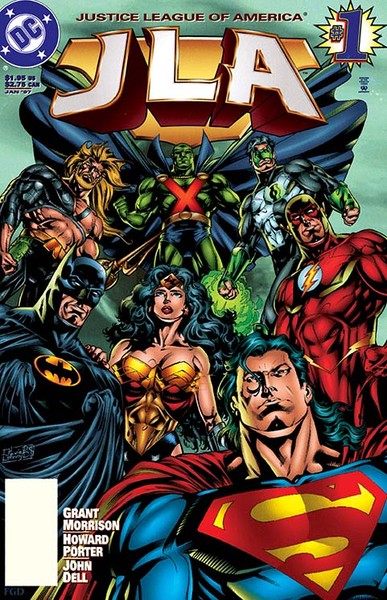 Grant Morrison ushered in a new era for the World’s Greatest Heroes in JLA #1, reprinted here for just $1.00 with pages from the 2016 edition of the DC ESSENTIALS CATALOGUE! This tale introduces the Hyperclan, who come to Earth posing as saviors, but are in reality a dire threat to all of humanity! 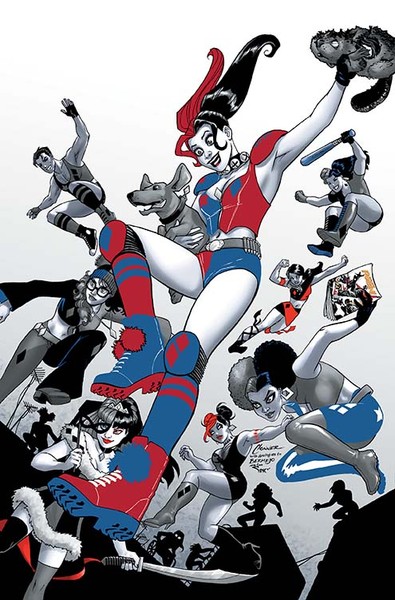 Harley Quinn and her Gang of Harleys are hitting the road! As if Hollywood wasn’t weird enough already, now Harley’s made her way to Tinseltown, and she’s about to have the most destructive fifteen minutes of fame ever. Will the industry survive Harley’s Hollywood hijinks, or will the City of Angels fall from grace? And will Coney Island be able to contain Harley’s newfound celebrity status? Find out in these tales from issues #17-21 and the HARLEY QUINN ROAD TRIP SPECIAL #1. 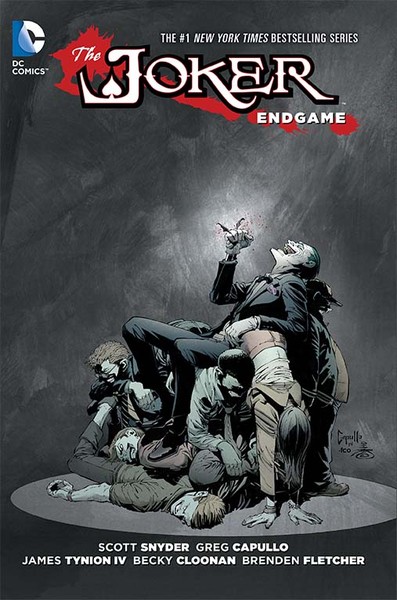 Gotham City is overrun by Jokerized victims, and The Joker himself is prowling the streets. Even as Batman confronts the Clown Prince of Crime, ordinary citizens and Arkham inmates must confront the mark The Joker has left on the city and themselves. Is anyone truly safe? This jam-packed collection features stories from BATMAN #35-40, BATMAN ANNUAL #3, GOTHAM ACADEMY: ENDGAME #1, BATGIRL: ENDGAME #1, DETECTIVE COMICS: ENDGAME #1 and ARKHAM MANOR: ENDGAME #1. 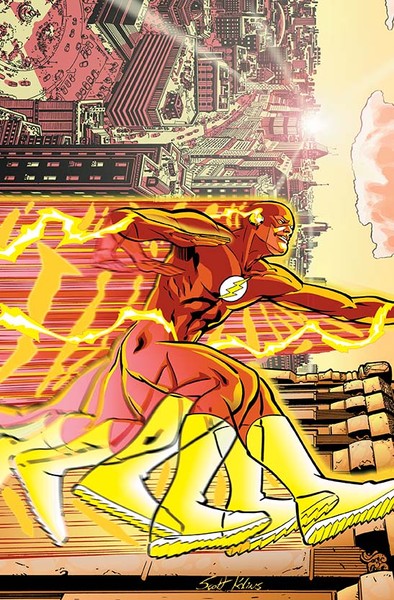 In these stories from THE FLASH #177-188, THE FLASH: OUR WOLRDS AT WAR #1, THE FLASH SECRET FILES #3 and DC FIRST: THE FLASH/SUPERMAN #1, Wally West finds himself without his super-speed in a darker, mirror version of Keystone City. Can a powerless Flash defeat Captain Cold and Mirror Master to save the city he loves? Plus, The Flash is shocked to learn that a strange cult is killing all the people he has ever rescued. 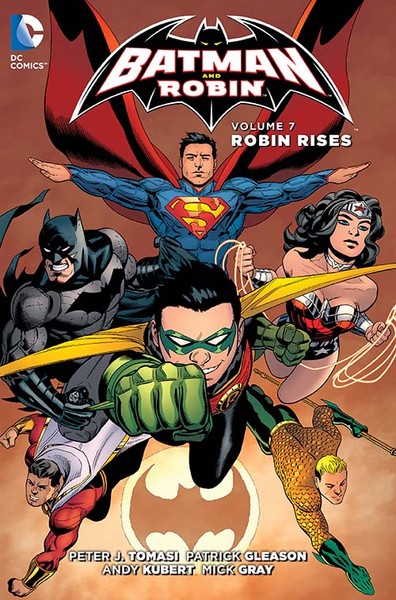 After Damian’s body is stolen by alien hordes, Batman must face down Darkseid himself to recover his son’s body! Collects issues #35-40, ROBIN RISES: ALPHA #1, ANNUAL #3, BATMAN AND ROBIN: FUTURES END #1 and a story from SECRET ORIGINS #4. 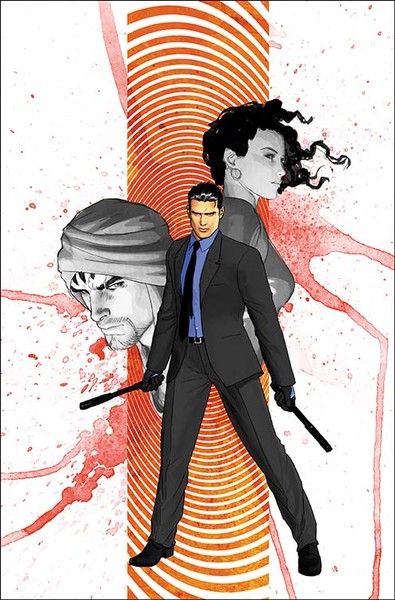 In these stories from issues #9-12, ANNUAL #1 and the Sneak Peek story from CONVERGENCE: HAWKMAN #2, Grayson faces some of his most difficult challenges! Not only must he take on Lex Luthor, and risk losing his position with Spyral, but Dick learns that to save Agent 1 he must face off with…himself! And who is the mysterious shadow leader behind Spyral, and what does he want with Dick? The super-spy finds himself in a clandestine hunt for the true identity of Agent Zero! 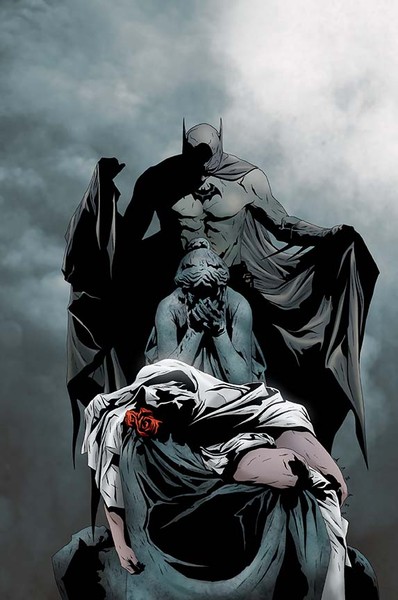 Gotham City is in chaos after a string of violence. It’s up to Batman—with the help of his allies and the GCPD—to keep the city from plunging into the depths of depravity! This new edition includes DETECTIVE COMICS #798, BATMAN: LEGENDS OF THE DARK KNIGHT #183, NIGHTWING #97, BATMAN: GOTHAM KNIGHTS #57, ROBIN #130, BATGIRL #56, CATWOMAN #35-36 and BATMAN #633.

Written by ED BRUBAKER, BILL WILLINGHAM and others
Art by PETE WOODS, BRAD WALKER, MIKE HUDDLESTON and others
Cover by JAE LEE • On sale MAY 18 • 520 pg, FC, $34.99 US