A young adult girl with naturally blue hair finds herself lost and lonely in the world. Yet, she embraces her passion for programming and soon finds she is not only a natural at it, but has a special ability. How does it fare?

Writer Todd Black and artist Dinh Nguyen set out to really home in on who Elysia, the girl with the blue hair, is and what her life is like. They also gradually introduce us to her special ability and then leave us with a fantastic cliffhanger that completely changes the tone of the book.

Todd Black methodically details Elysia’s life through an internal monologue. He covers everything from her day job, to what happened to her family, to the stigma she feels just walking past people on the street. It all adds up to create a very relatable and sympathetic character. While this creates a clear picture of who Elysia is, it takes up almost half of the issue. The narrative is a little drawn out and it spends too much time emphasizing how hard of a time she has it. It makes it a little difficult to get through the first part because the pacing is so methodical.

Once Black gets past highlighting Elysia’s sympathetic nature, the pace picks up, although not by much. He introduces us to her passion, allowing us to see a completely different side of her character. He is also able to excellently transition into detailing her ability and explaining some of how it functions. I would have preferred a little more detail explaining the exact nuances of her power, but I have a feeling more will be coming in subsequent issues. 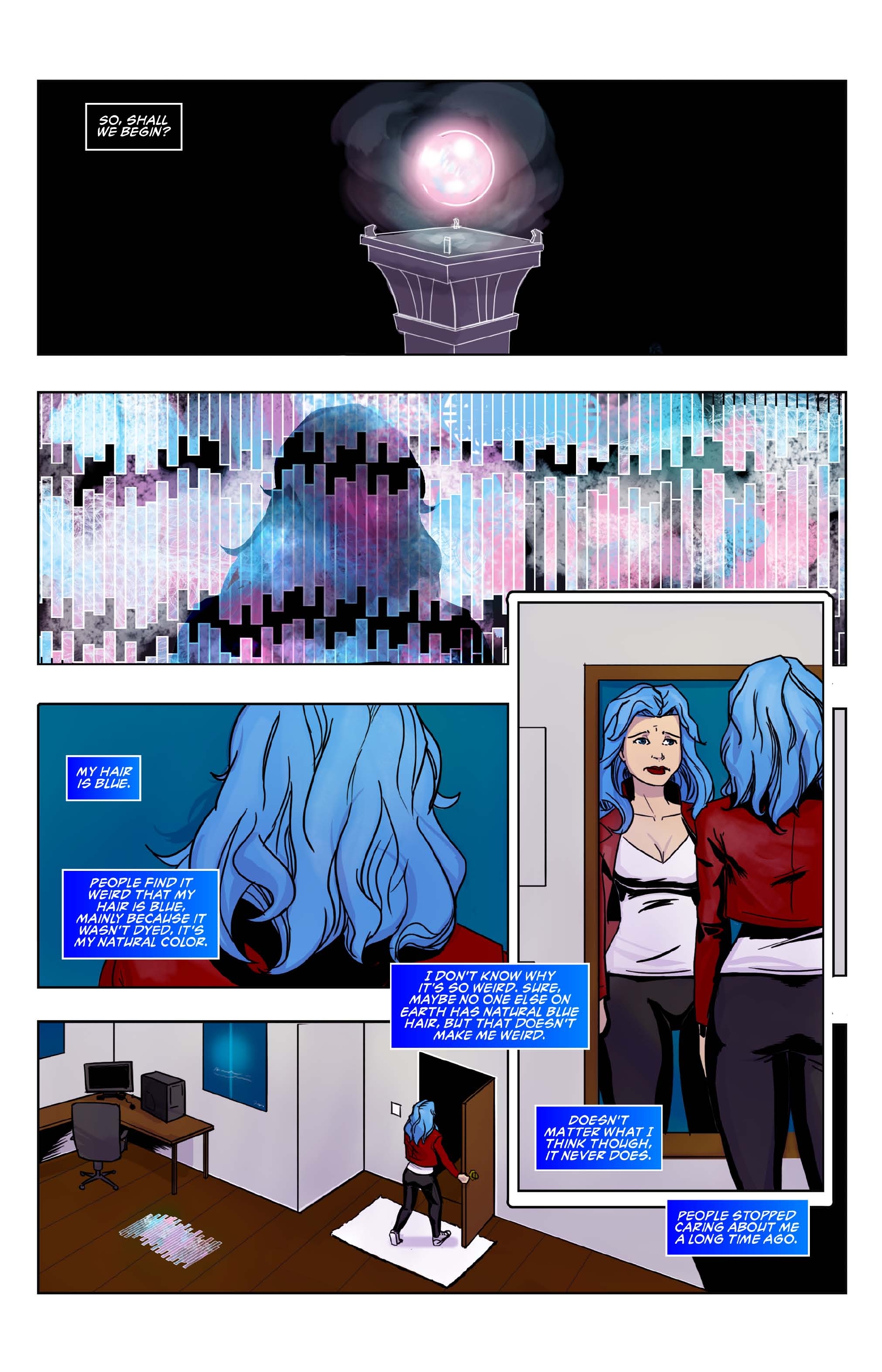 Dinh Nguyen’s artwork is for the most part solid. He does a great job of capturing Elysia’s and other character’s emotions. You can really feel how sad and lonely she is during the beginning, but then also see how happy and joyful she is when pursuing her passion.

The panels for the most part flowed well together and made it easy to follow from panel to panel. There was one page where you thought you were going to read down the page, but instead you had to go back and forth between the panels.

There was also one panel where Elysia’s face is just extremely odd looking, with her jaw hanging down. It’s supposed to be a look of surprise, but it just doesn’t capture that emotion. There are also some weird facial proportions when the camera is positioned above her and we are looking down at her.

One thing Nguyen does very well is his use of multiple camera angles to keep the story fresh. This is especially effective in the beginning of the story when the pace of the book is a lot slower. One of the best additions is how subtle the inclusion of the code is on the panels. You hardly notice it until Black points it out in the dialogue, but it is there. It’s some great visual foreshadowing. 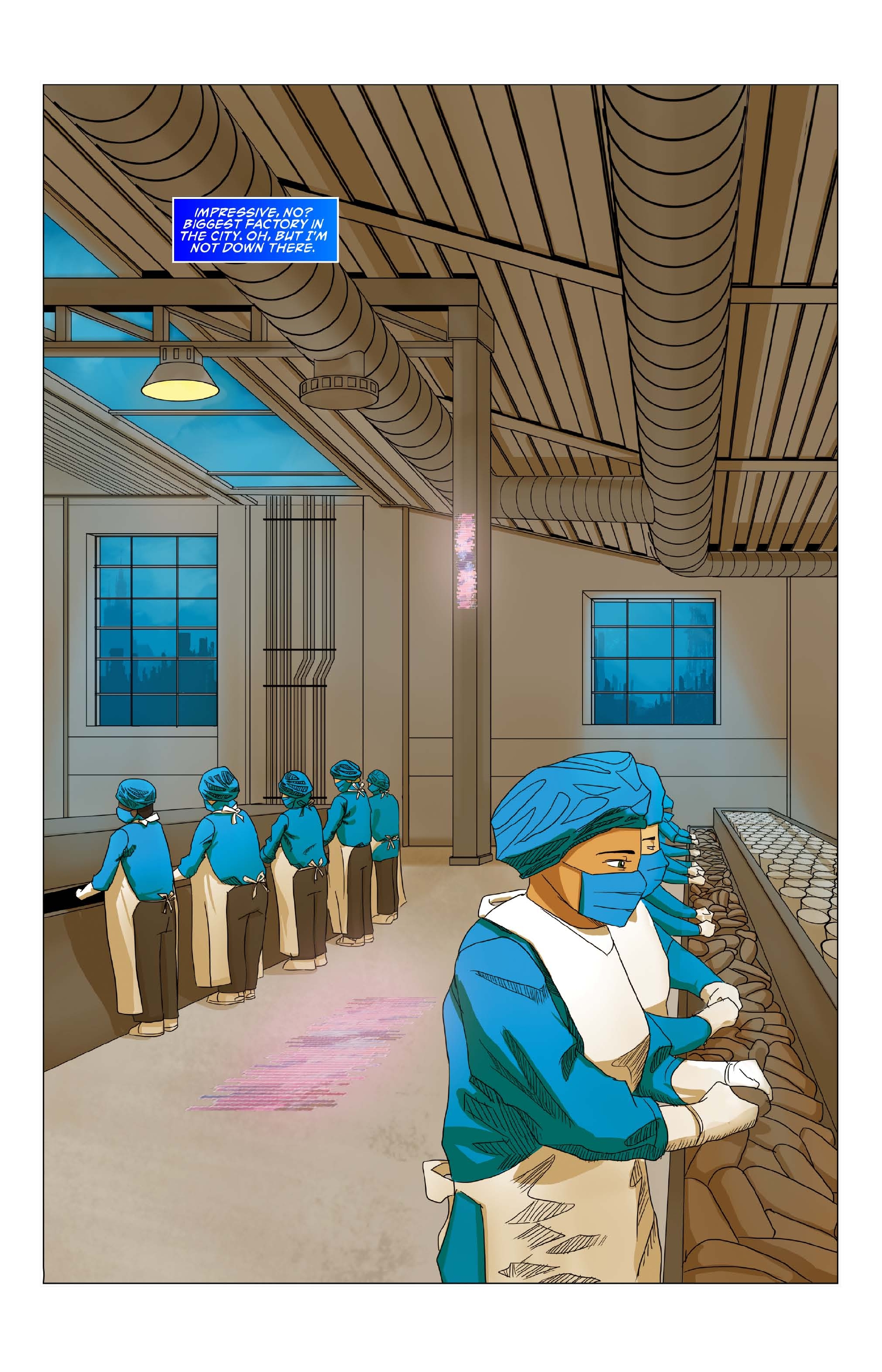 Beth Varni’s colors are great. She sets the tone in the beginning using much darker colors to capture Elysia’s almost depressed state. This then transitions to much brighter panels as she pursues her passion. It’s a great addition that aids in characterizing Elysia.

Home #1 is very much an introductory issue. Black and Nguyen do a good job of introducing us to Elysia, but they spend too much time doing so in the beginning, causing it to drag on a little bit. The pace picks up in the second half detailing her new abilities although still leaving some mystery. The art is solid with some minor hiccups and does a great job of foreshadowing Elysia’s ability. It’s a structurally sound comic, but it doesn’t really capture your attention until the last page.