We’ve got your first look at the next installment of Bloodshot Reborn written by Jeff Lemire with artwork from Lewis LaRosa.

Bloodshot Reborn #12 is presented in the deluxe Valiant Prestige format. The story follows Bloodshot 30 years into the future where he teams-up with an aged Ninjak to lead an assault on the fortified ramparts of Los Angeles in 2046 in order to discover the secret that transformed the world into a post-apocalyptic wasteland.

Not only will the two heroes attempt to breach the walls of Los Angeles, but they will also face off against marauding bands of Shadowmen and the deadly X-O Manowar armor drones. Bloodshot will face steep odds as his technology is no longer top of the line.

The two will also encounter the Man in the White Tower who might just be responsible for this extraordinarily dangerous post-apocalyptic future. 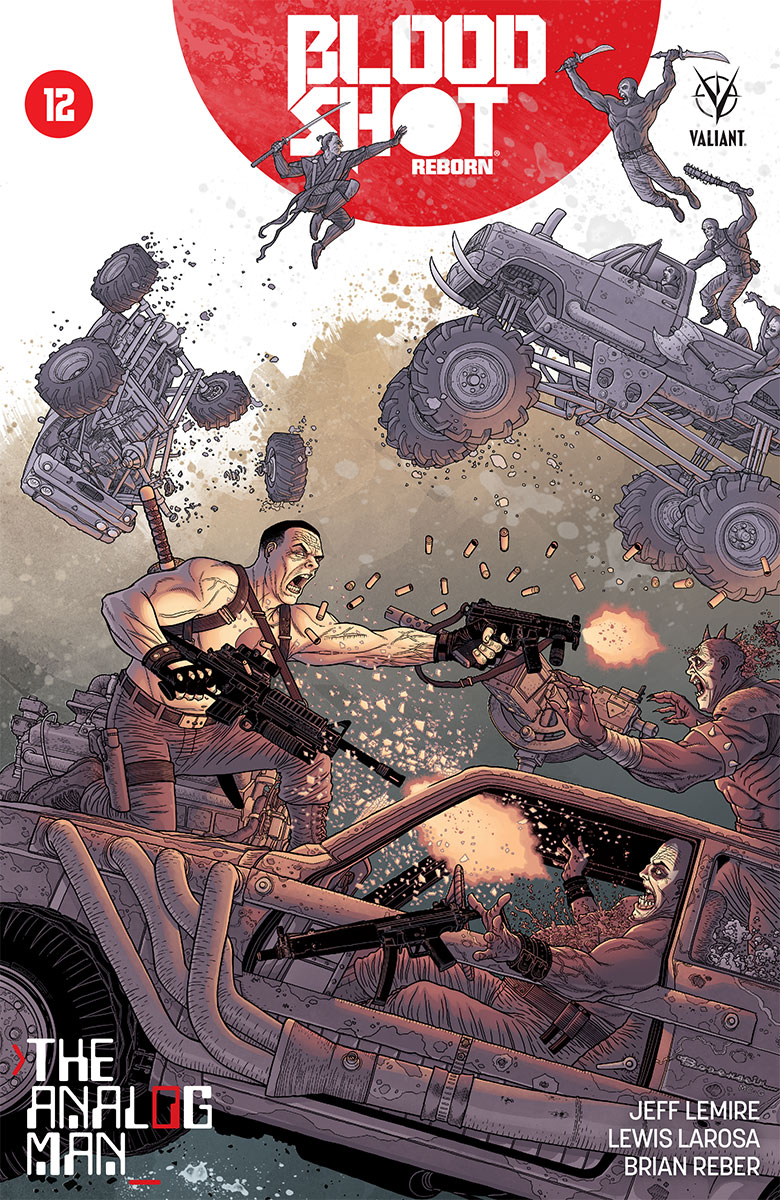 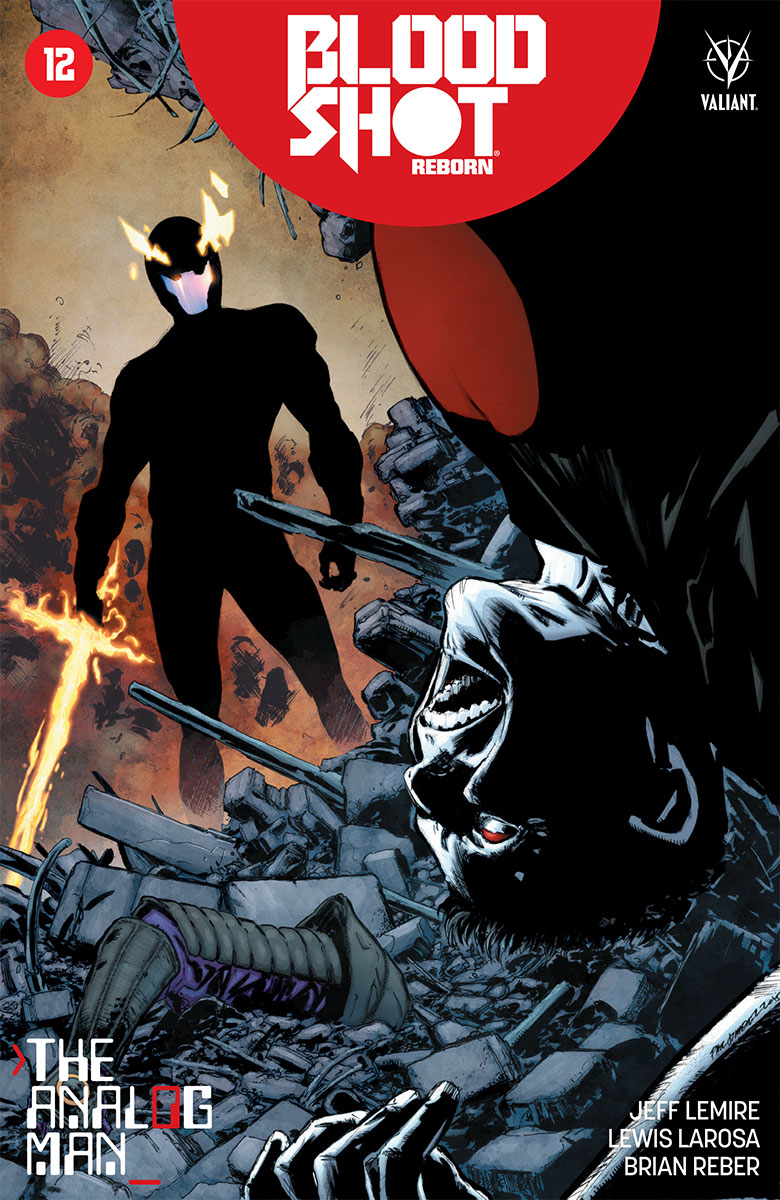 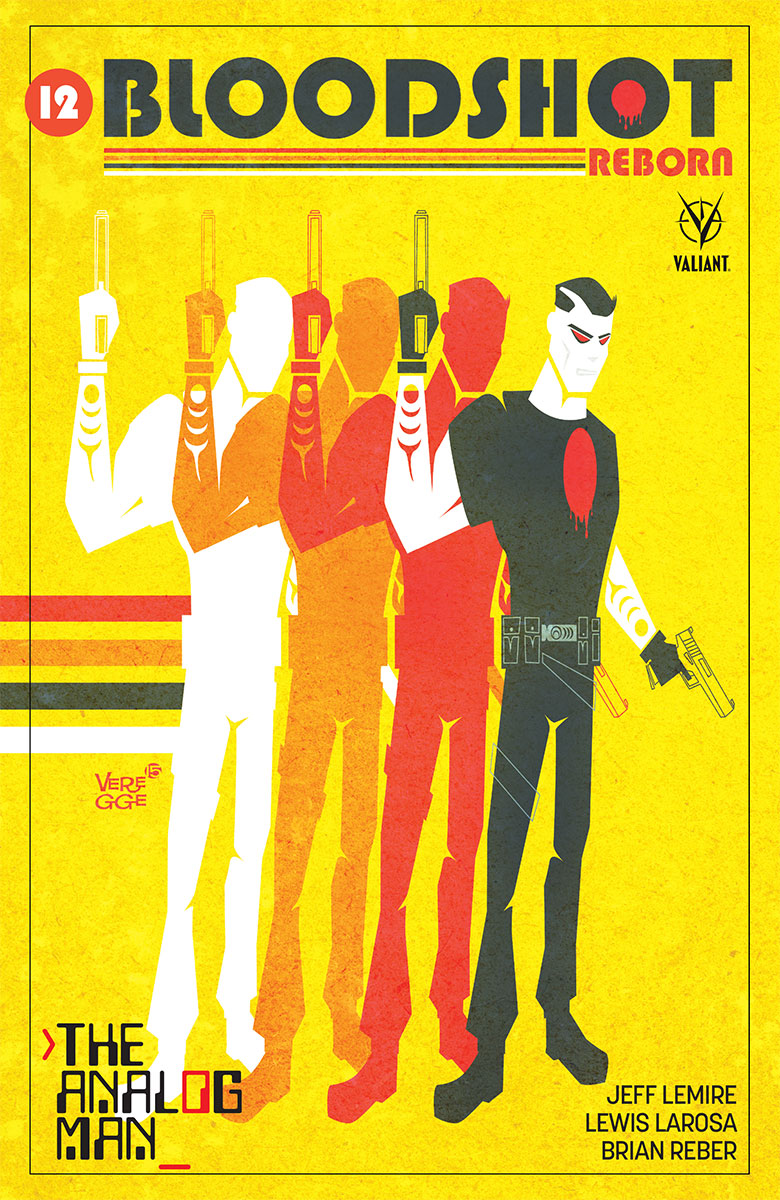 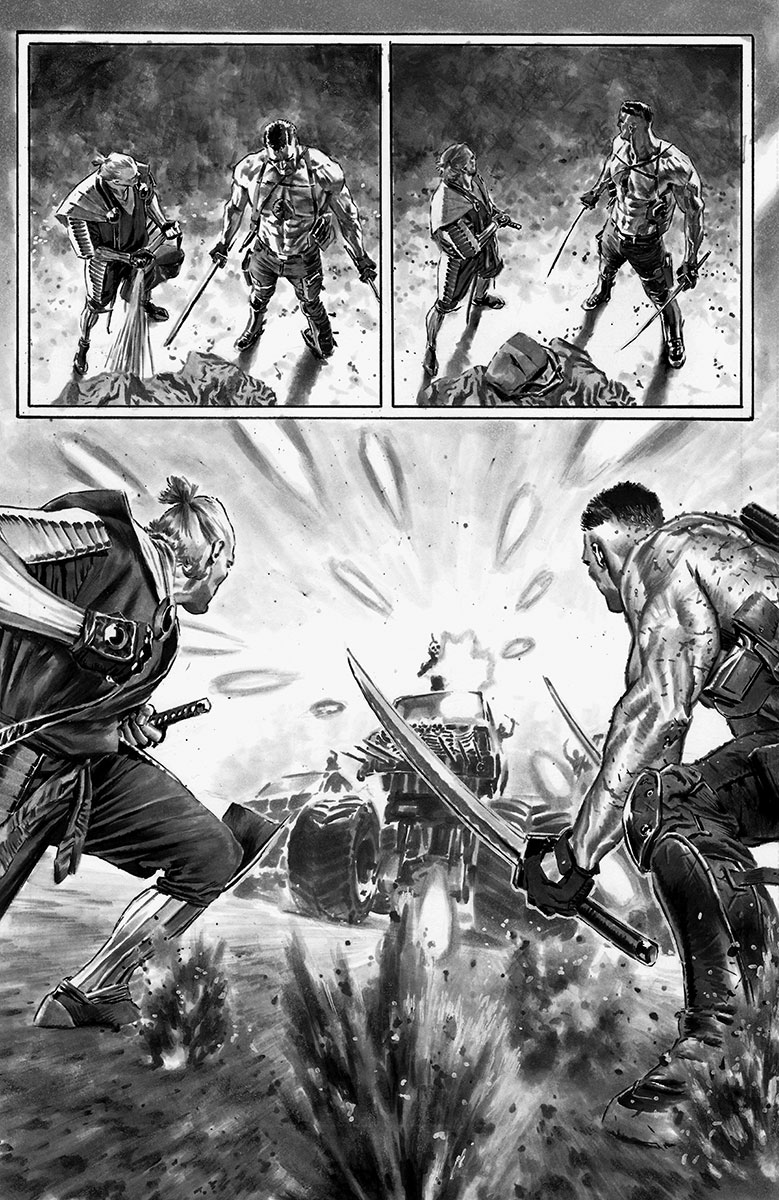 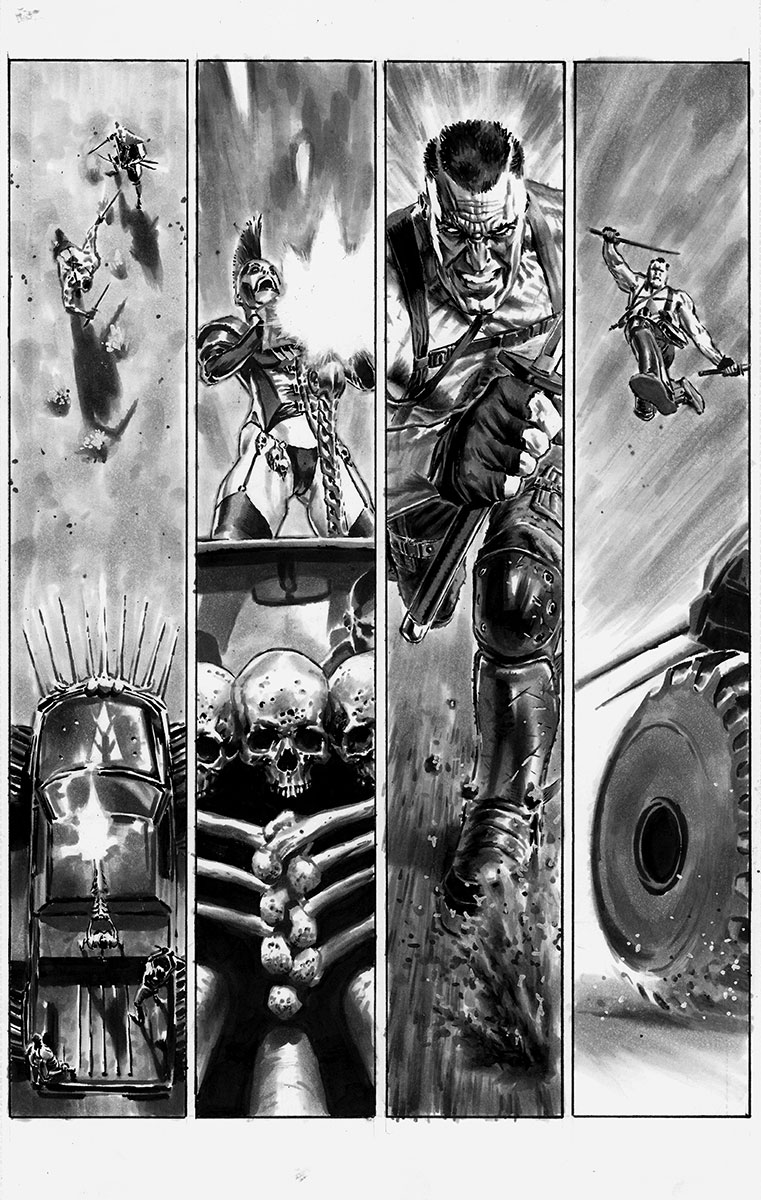 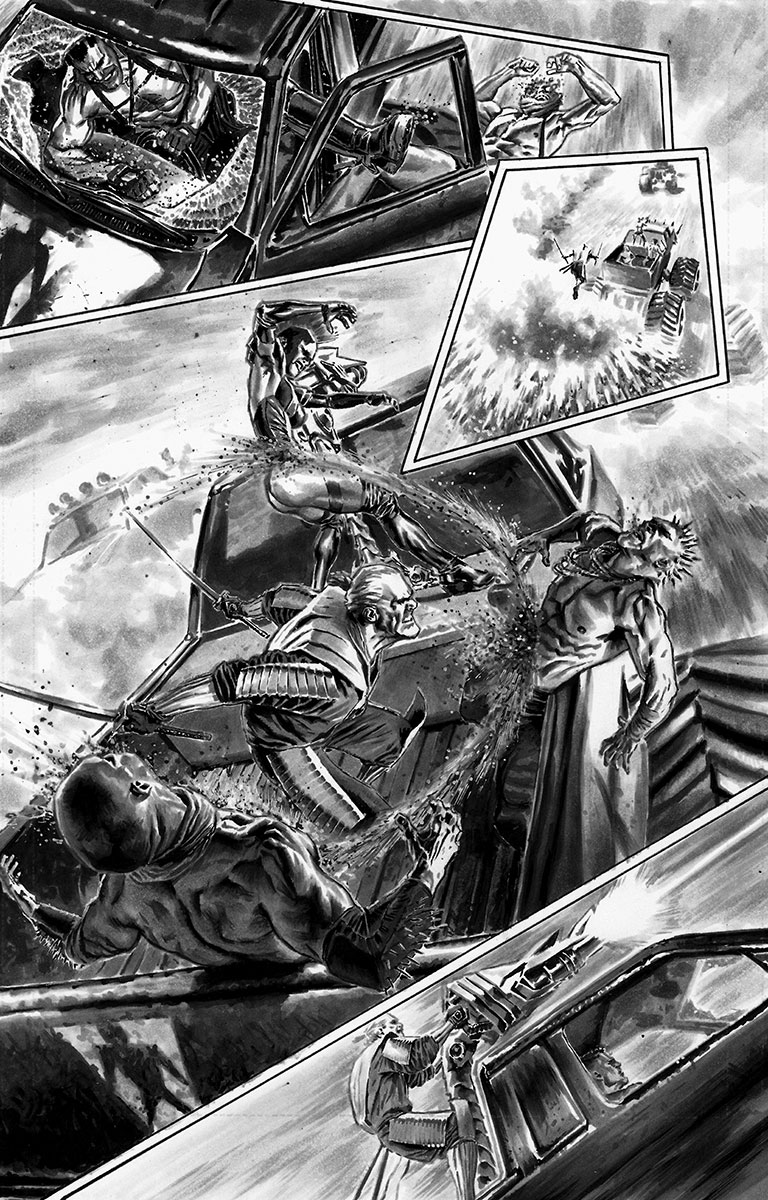 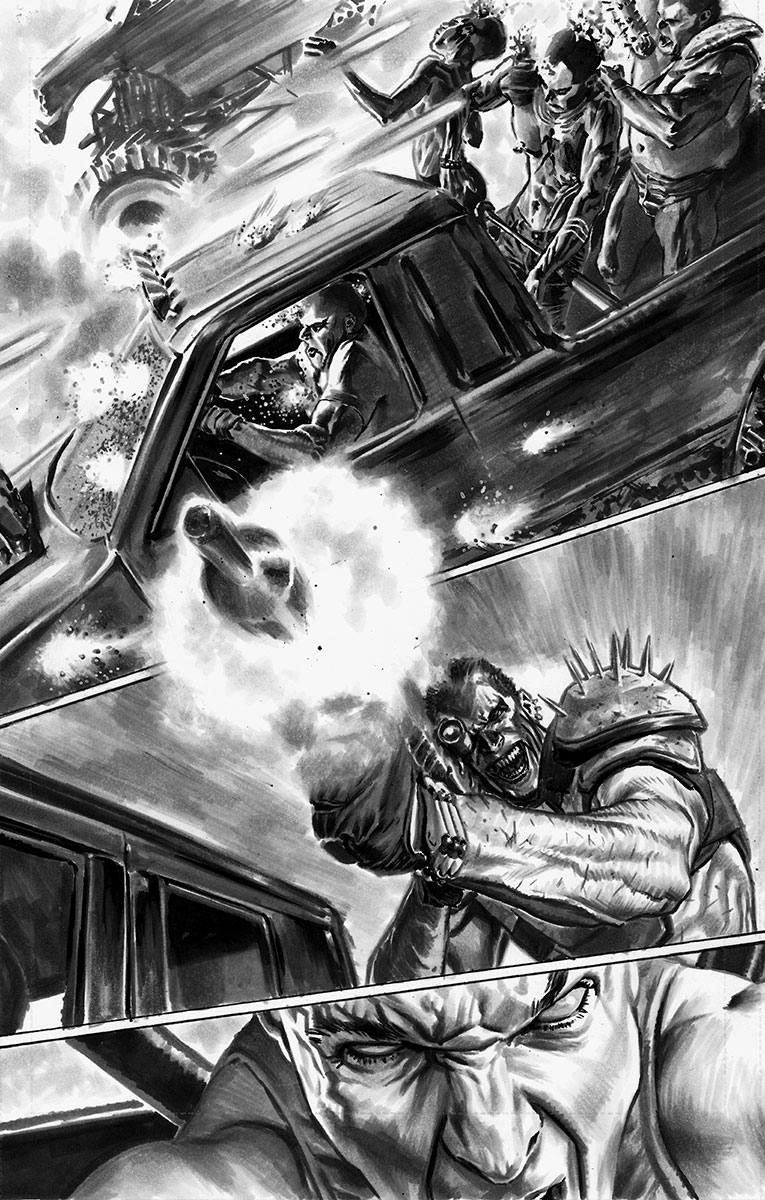 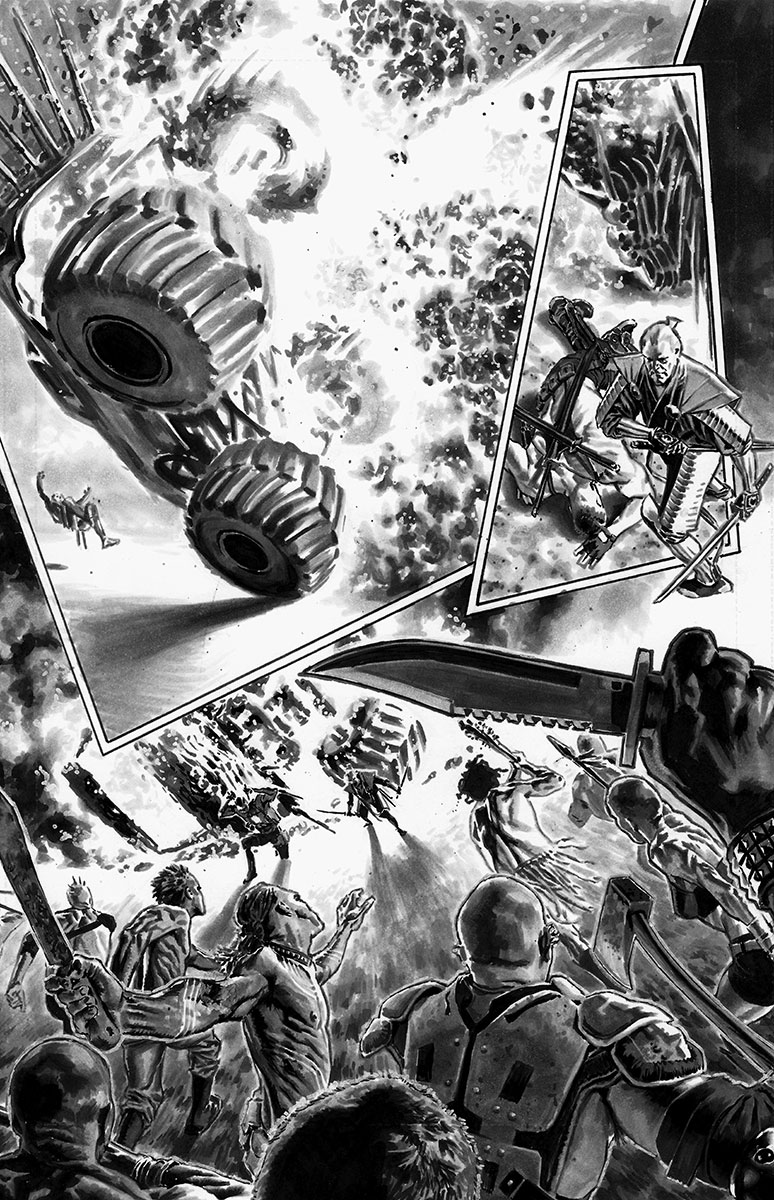 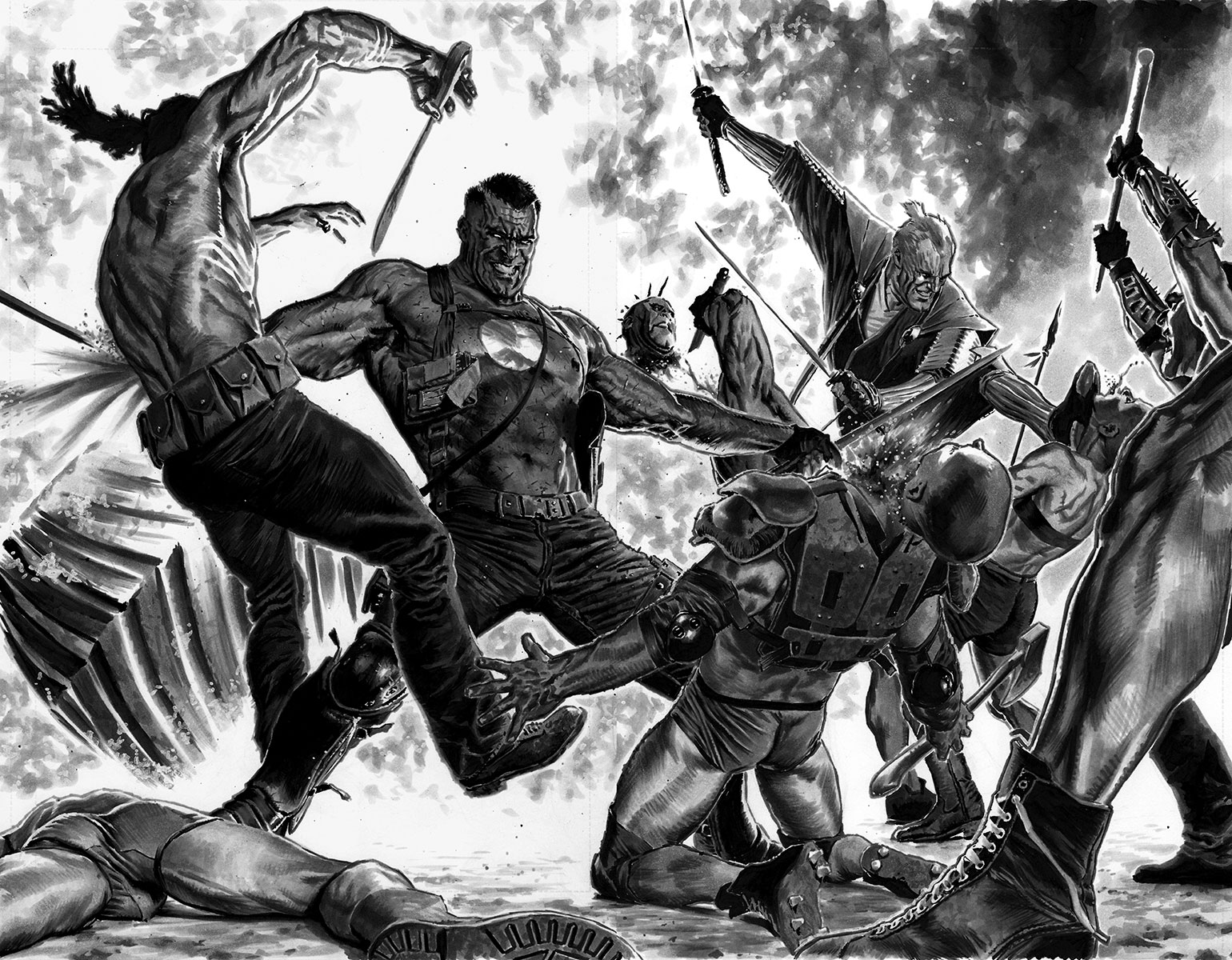 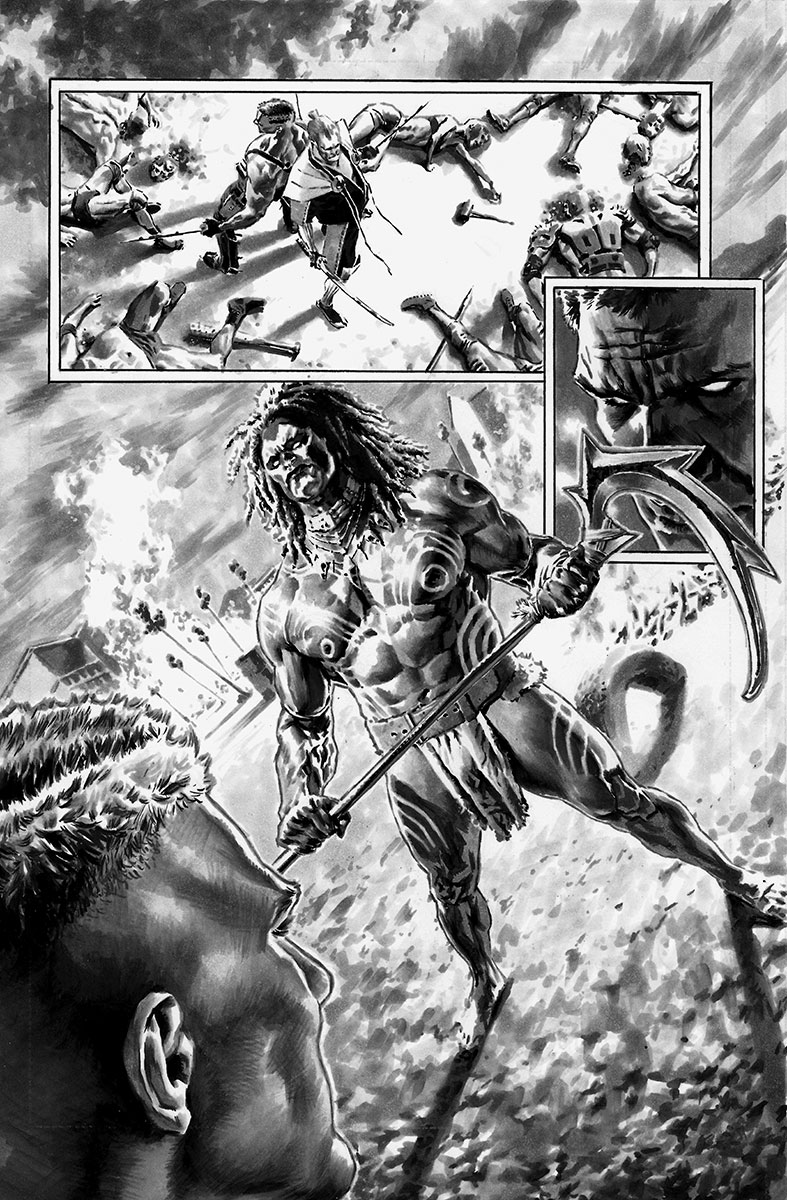