This past December, DC announced they would be doing Batman v Superman variant covers for ten of their most popular Batman and Superman books in March. The covers will be polybagged concealing the cover artwork.

DC is not only giving us a sneak peak at Rafael Grampá’s Detective Comics #50 variant cover, but they have also revealed some more details about the variant program.

DC has also announced the full list of books that will feature the collectible covers: 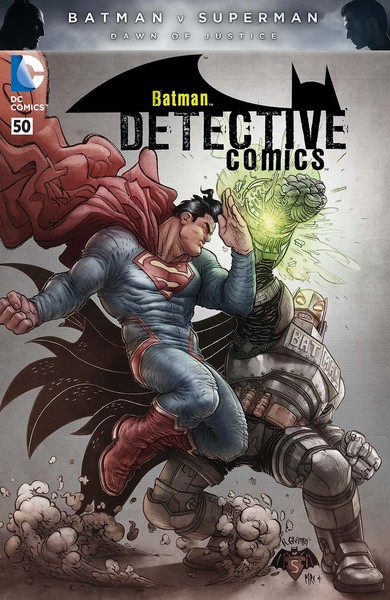 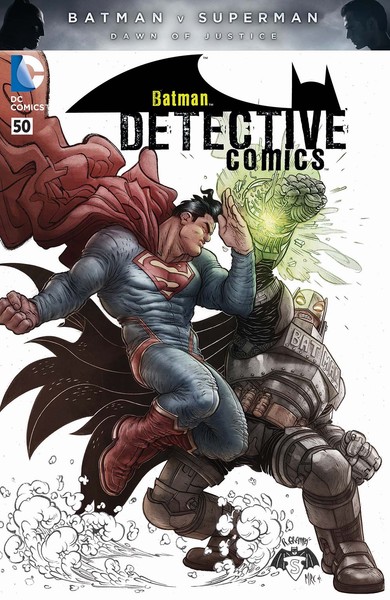 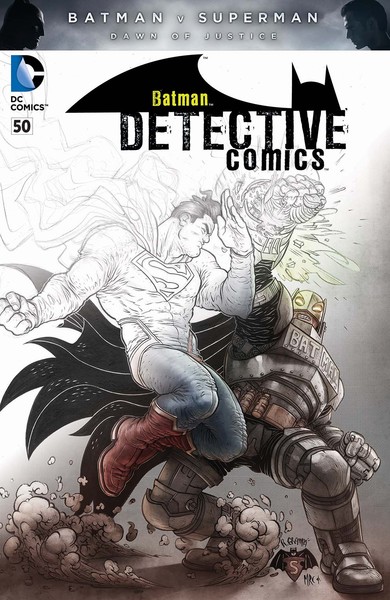