Outrage consumed the comic book industry over the last year with controversies involving the now famous Batgirl #41 variant cover and the Airboy #2 censorship fiasco, just to name a few. In light of this, we have come up with a number of factors that we believe play a large role in inspiring the outrage or at least give an indication as to why certain books cause outrage over others.

The most important factor is the belief that the object of their ire holds a certain cultural currency or status. What goes into determining this cultural status? There are four main points. The most important factor is whether the comic is considered a safe space. Has the book been promoting certain themes that resonate with a specific audience or is it specifically marketed towards a specific audience? The second point is the newness or shininess of the comic, think number one or two issues or marquee numbers such as 600 for X-Men. The third factor is who is actually publishing the book; DC and Marvel are much bigger targets purely because they are bigger publishers, the bigger the publisher the greater the potential to get attention. Lastly and somewhat related to the second point is the popularity of the title, but one that hasn’t made any clear stances on anything.

Now that we have established what we believe are the main reasons for outrage, let’s examine actual cases. We’ll start off with the Batgirl #41 controversy simply because it is the most well known. The cover not only was a variant, but also paid homage to one of the more popular Batman books in The Killing Joke. The book is published by DC Comics, meaning it will get a lot of attention, but it is also a book in the Bat family, meaning the exposure will be even greater than say Sinestro. Bat books are for the most part DC’s bread and butter. The book also made clear its intention that it was a safe space for social justice warriors. Beginning in 2013, the book retooled itself as “a gay friendly, trans friendly, and Muslim friendly comic book,” according to WizBang. The inclusion of the variant cover was an assault on what these people had believed they had achieved. They had claimed Batgirl as one of their own and the cover threatened to invade their territory. Thus, they decided it must be destroyed. And they won. The artist, Rafael Albuquerque, requested the cover be pulled and DC acquiesced to his request.

This wasn’t the first time activists had gone after Batgirl. Just four months earlier, a number of transgendered individuals attacked the book, claiming Batgirl exhibited transmisogynistic behavior by not identifying a male trans character as a woman. This follows the same pattern. It is a big two book, published by DC, which had lent individuals to infer that it was a safe space for a certain group of people. When the idea of the safe space was shattered, the outrage ensued. Just as they would win four months later, they also won in this instance, securing a public apology from the creators, Cameron Stewart, Brenden Fletcher, and Babs Tarr. 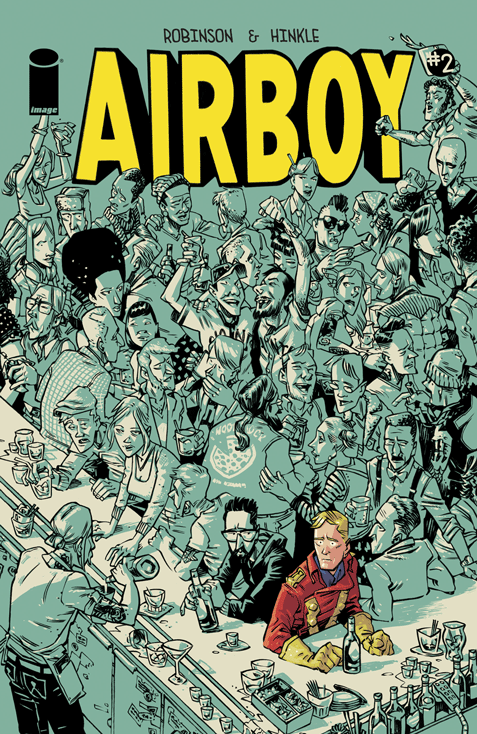 Let’s move on from Batgirl and look at the Airboy #2 controversy. Airboy is published by Image and, while it isn’t Marvel or DC, Image is the third largest publisher. Airboy #2 also has that big #2 going against it. It was a relatively new book, so more people were still picking it up to see if they were going to stay with the book for the long haul. And, just like Batgirl, Airboy had been adopted by the social justice warrior community as is demonstrated by Elana Levin’s top pick for the week of June 2, 2015 over at Graphic Policy. Not to mention, writer James Robinson had been nominated for a GLAAD award for his work on Earth 2. Unfortunately for Robinson and his co-creator Greg Hinkle, the Golden Age Airboy character believes he is being deceived into having sex with a transgender. This was all the kindling the social justice warriors needed to demand that Airboy be censored and Image pull the book from shelves. It has all the markers for outrage: the third largest publisher in Image, the second issue in the series, a book that was being touted by former Democratic party operatives, and an author who had been previously embraced by the LGBT community.

These examples each follow a similar pattern. They hold a certain cultural currency or status backed up by four key factors. The first is whether the comic has been deemed a safe space. The second is the shininess of the comic, meaning it is a new or marquee issue. The third is the size of the publisher. The bigger the publisher, the more likely outrage will occur. Finally, is the popularity of the title. The more popular a title, the more it is likely to receive outrage. If you look for these factors, more than likely you will see outrage following suit.

The movement of progressive outrage is an indicator of what will be coming to the rest of our cultural touchstones. Hollywood has just begun doing it. Look at the Oscars, a large swath of the nominees are highlighting transgender or LGBT narratives and characters. Does Eddie Redmayne really need another golden man to take home? Since their targets are smaller and more focused in comics, it provides us a good study of the source of their rage and is necessary to pay attention to in order to push back on their outrage narratives.