Writer Ivan Brandon and artist Nic Klein will launch a new arc of their dark sci-fi series Drifter this April.

Previously in Drifter, Abram Pollux barely survived a crash landing on Ouro, a lawless backwater planet, only to end up on the wrong end of a bullet. Pollux’s struggle for survival quickly became a journey to the very edges of what it means to be a human. In his search for answers among the ruins of this forgotten word he crossed the grey line to the dark side of planet Ouro, where humanity has no place, and the mysteries began to unravel.

In the upcoming arc, beginning with Drifter #10, Abram Pollux returns to Ghost Town determined to even the score. However, the rules have changed. New alliances are drawn, old friends become new foes, and each step closer to the truth brings Pollux that much closer to hell.

“All the dread that’s been building over the last year, it’s taken physical form,” said Brandon. “Ghost Town’s about to burn.” 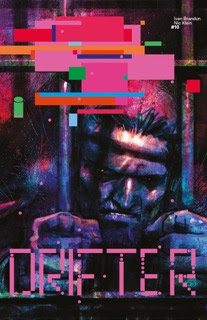 Cover A by Nic Klein 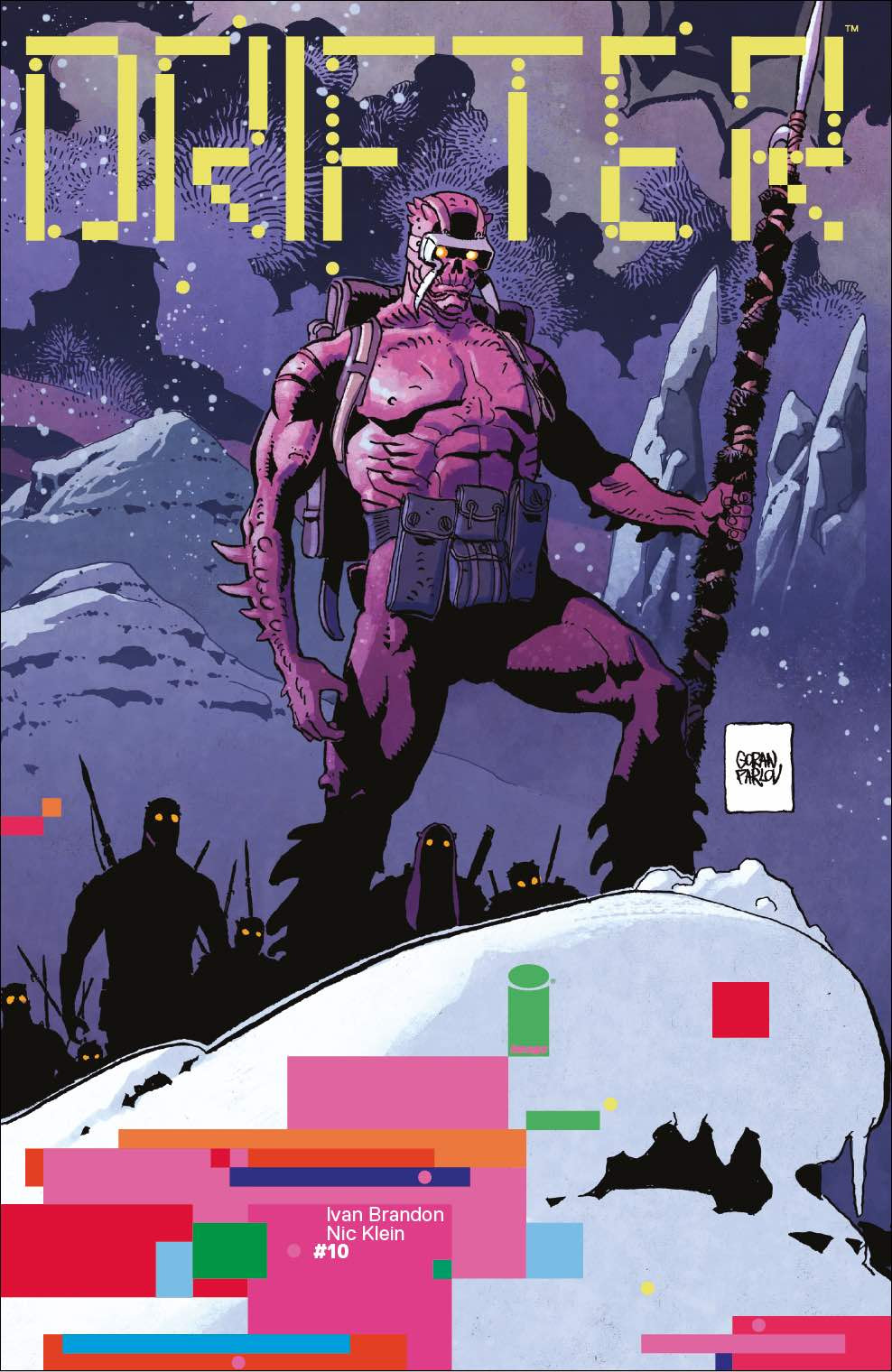 Cover B by Goran Parlov 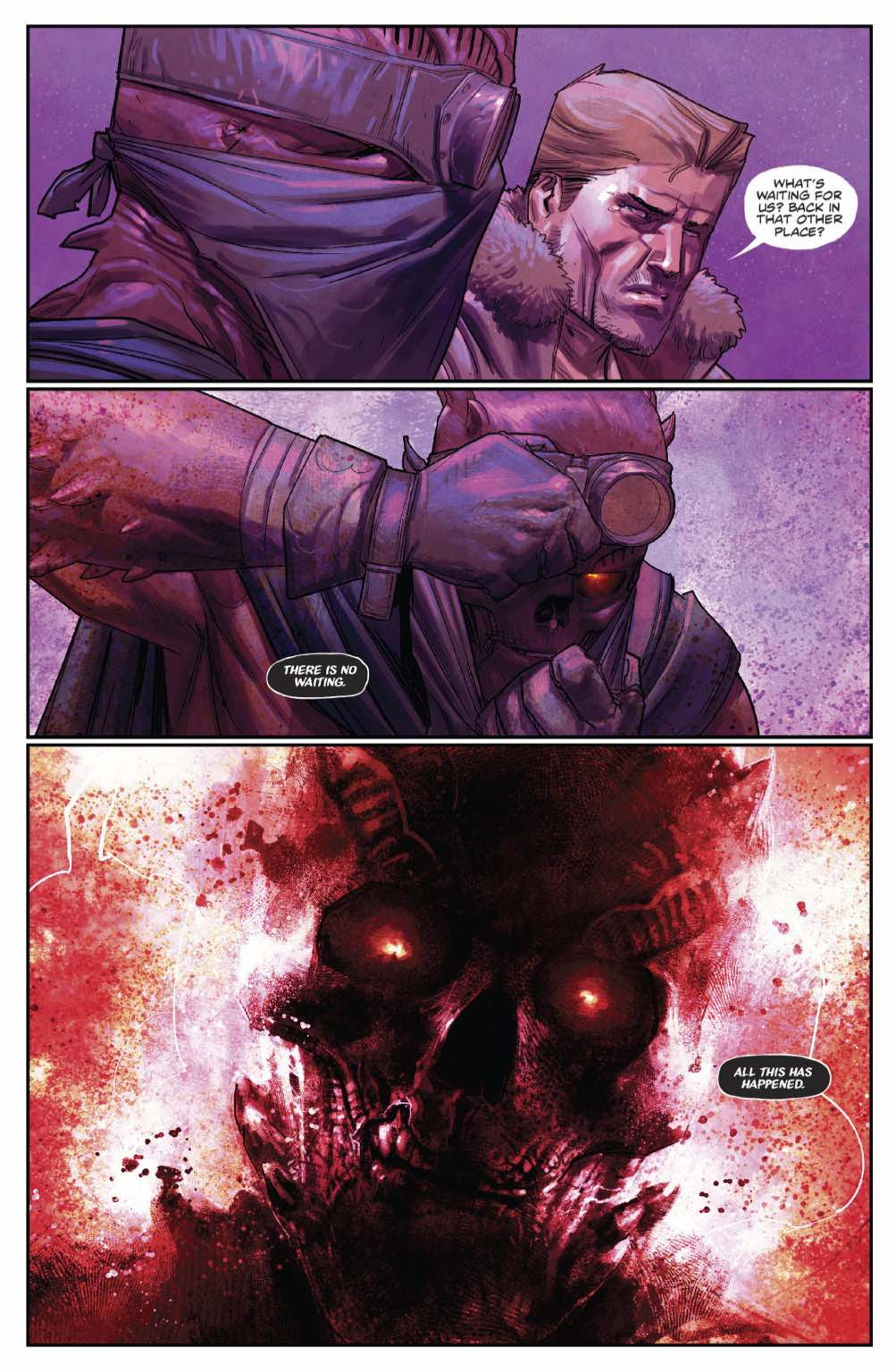 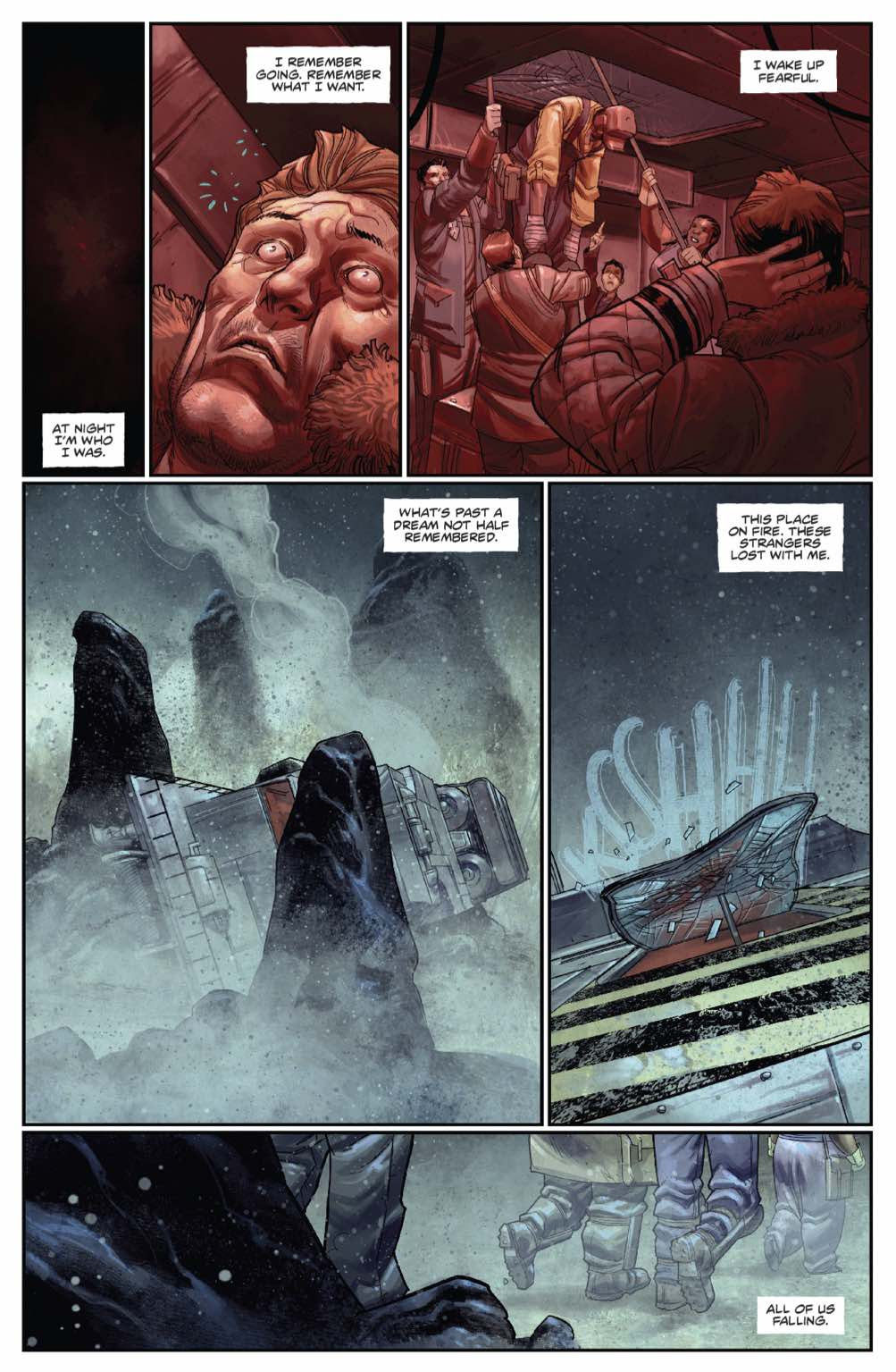 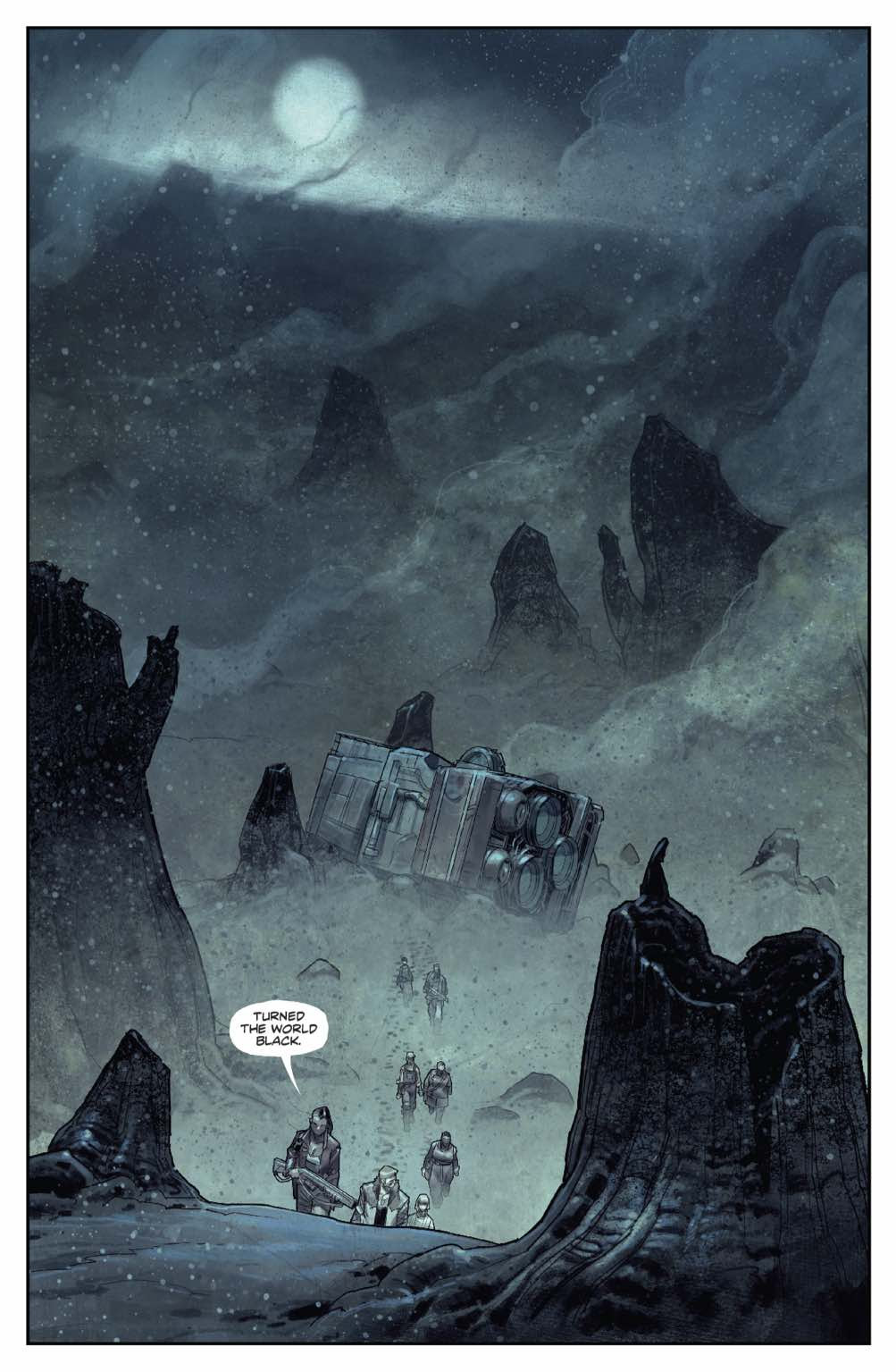