The latest in Marvel’s Infinite Comic series is now available and it showcases Matt Murdock and Frank Castle colliding in a flurry of fists and bullets in Daredevil/Punisher: Seventh Circle #1.

Writer Charles Soule and artists Reilly Brown and Szymon Kudranski take us to the mean streets of New York City. Murdock is out to make sure a mobster has his day in court, but the Punisher has other ideas to ensure the defendant gets put away, permanently. The Punisher stalks his prey across the choked corridors and lonely rooftops of New York City trading blows with the Man Without Fear at each and every turn. Daredevil and his sidekick Blindspot must fight with every ounce of their wits and wile in order to ensure the mobster’s life while the Punisher only needs a well-placed bullet. Who will win?

In addition to Daredevil/Punisher: Seventh Circle #1, Marvel is offering Deadpool and Cable: Split Second Infinite Comic #1 for Free in the Marvel Comics App. All you have to do to unlock the free comic is head over to www.marvel.com/redeem and use the code “CABLE”. The code is valid until 11:59 EST on 3/31/16. 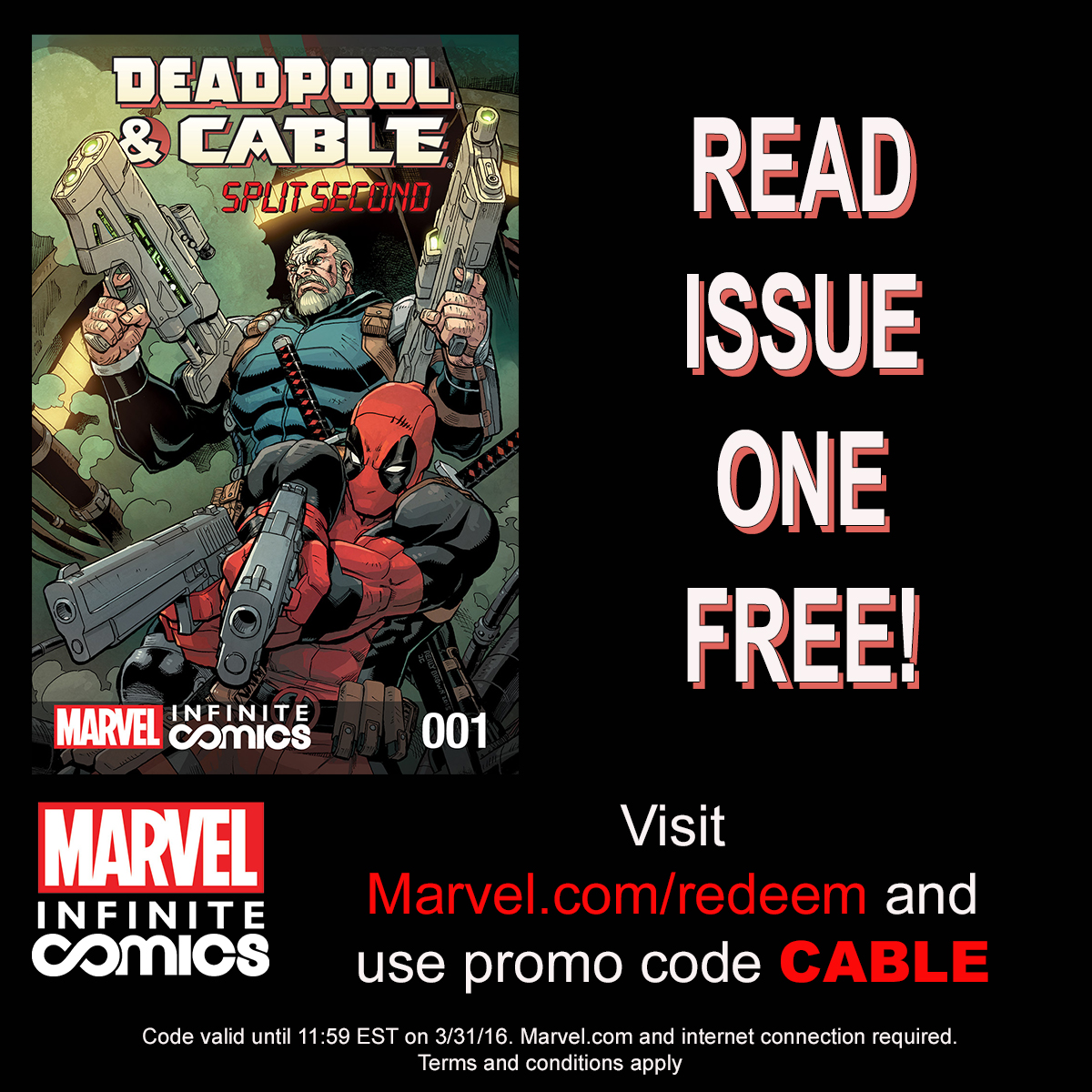