Get your first look at Valiant’s Bloodshot Reborn #12.

Writer Jeff Lemire and artist Lewis LaRosa continue “The Analog Man” story arc as Bloodshot and Ninjak invade the fortified walls of Los Angeles in 2046 in search of the secrets that transformed the world into a post-apocalyptic wasteland.

Bloodshot and Ninjak will first take down the marauding bands of Shadowmen that roam the deserts outside the city. After they deal with the Shadowmen, they will have to take on the deadly X-O Manowar drones that fly above it. Unfortunately, Bloodshot’s technology is no longer top of the line. He will have to combat the new bleeding-edge “goo-tech” defenses that assault him at every turn. Finally, Bloodshot and Ninjak must discover who the Man in the White Tower is and how he is responsible for this post-apocalyptic wasteland they find themselves in. 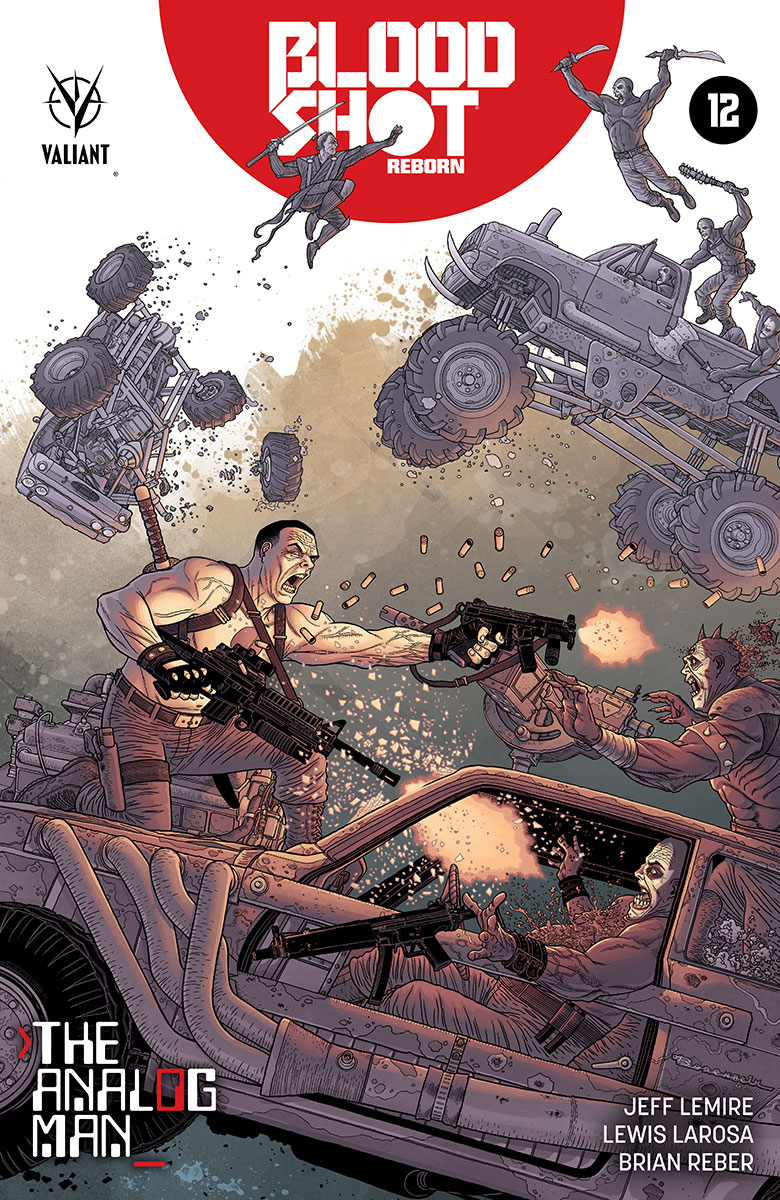 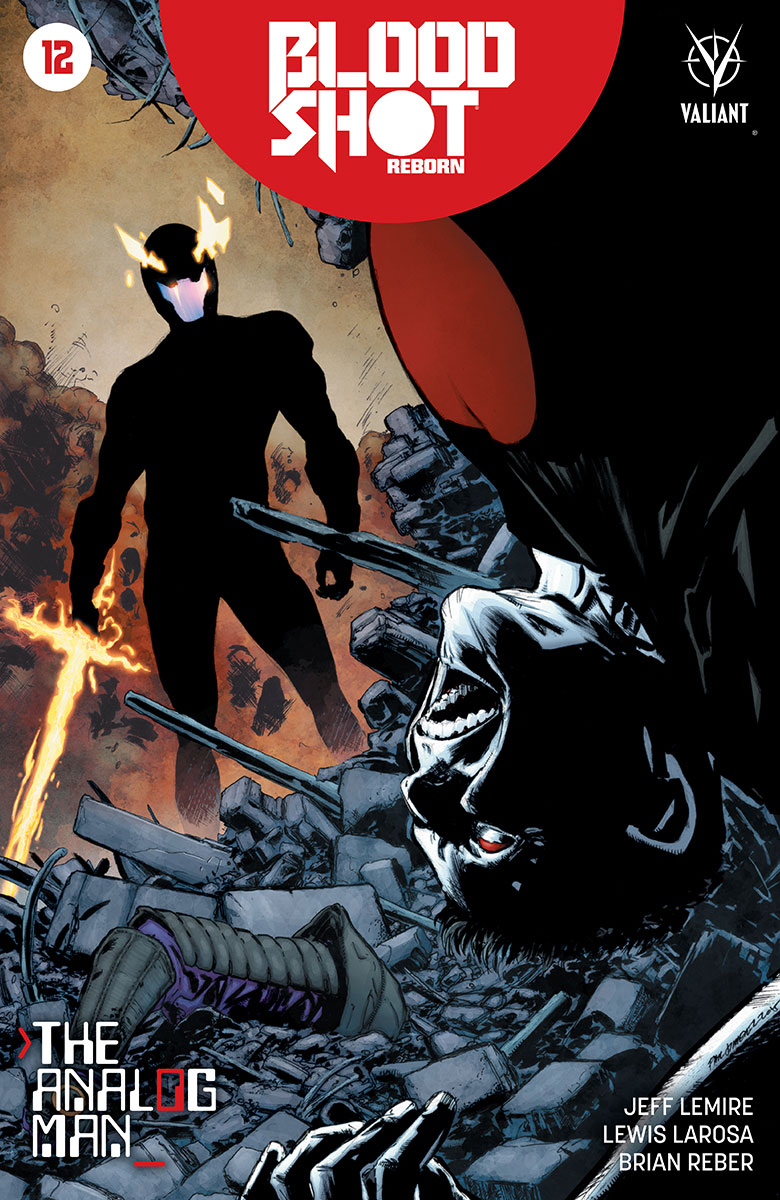 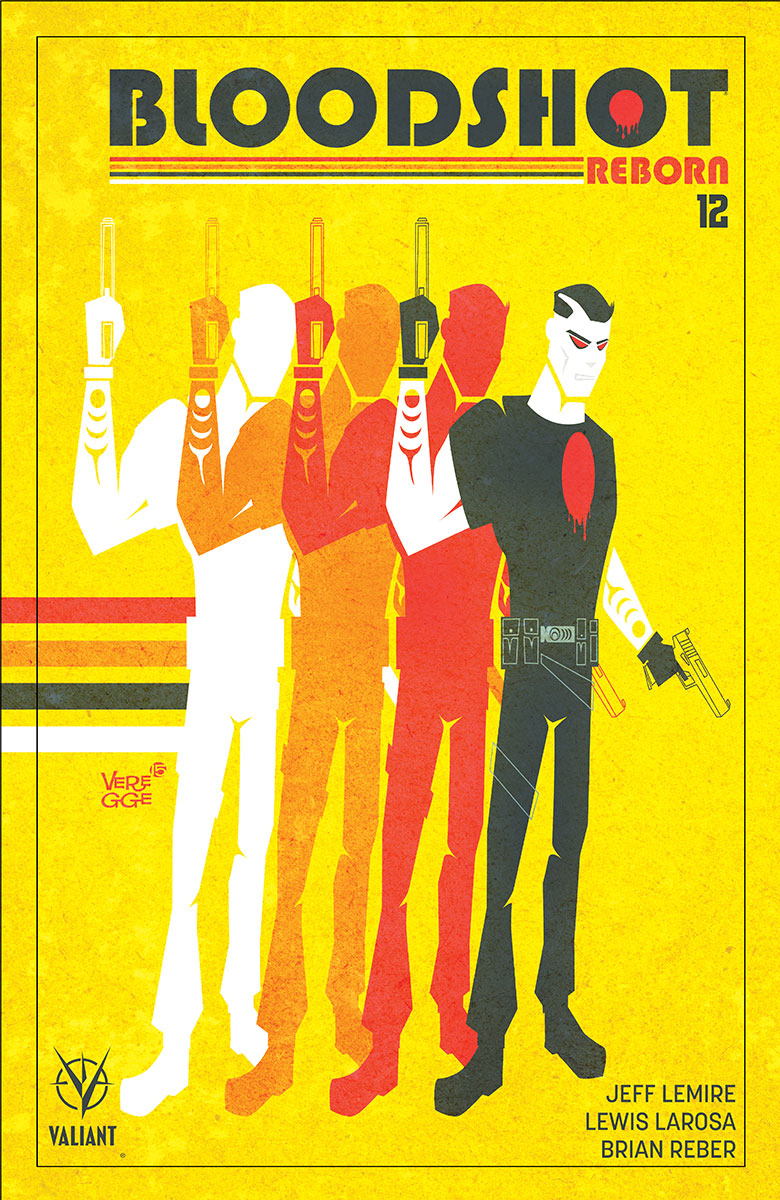 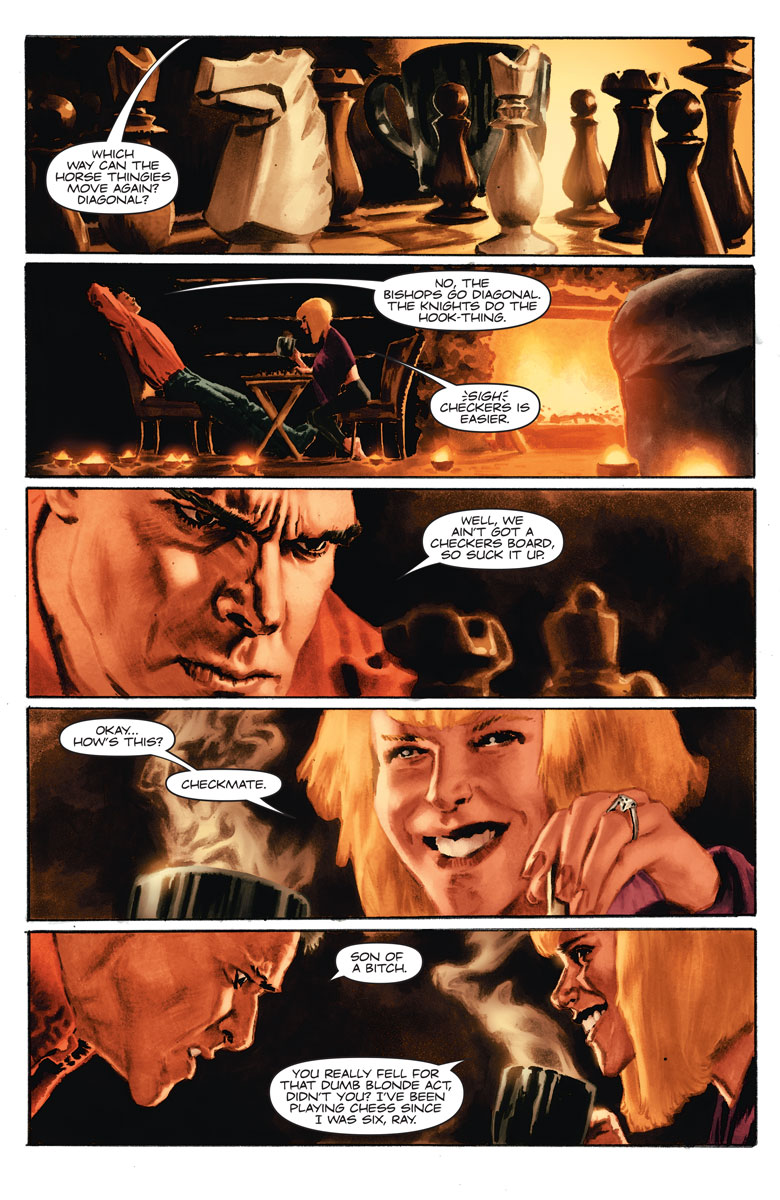 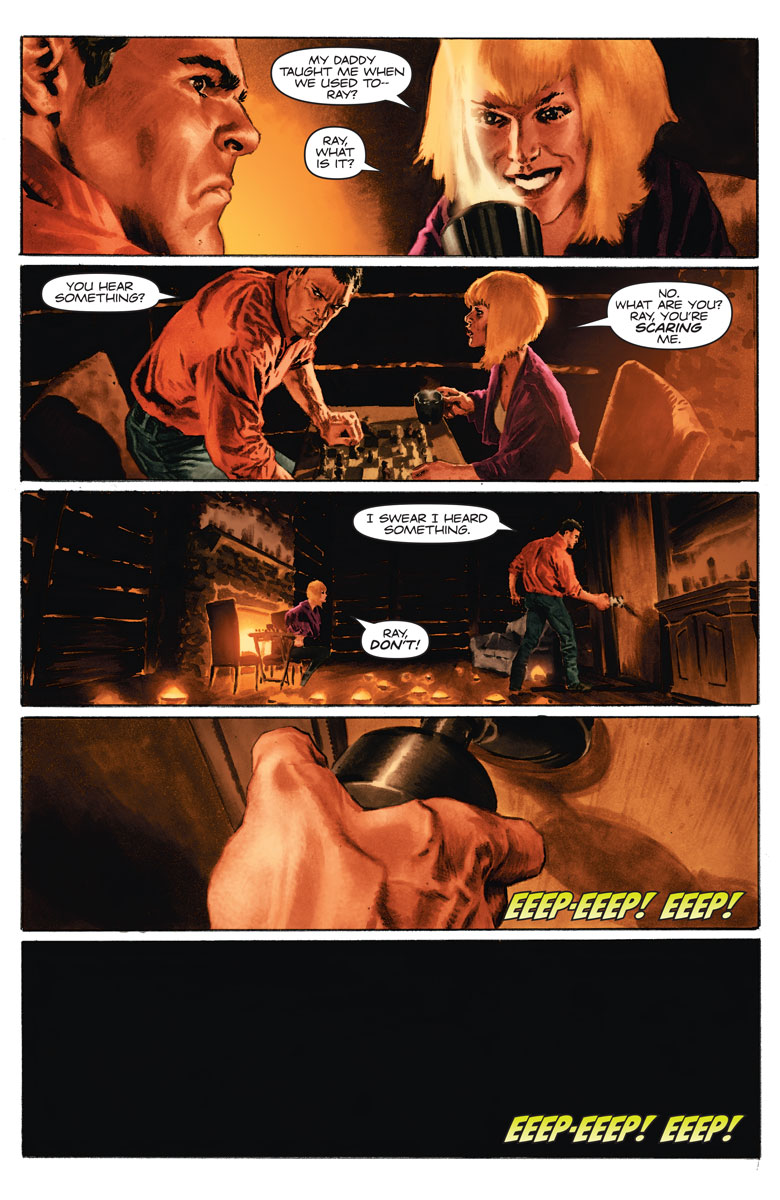 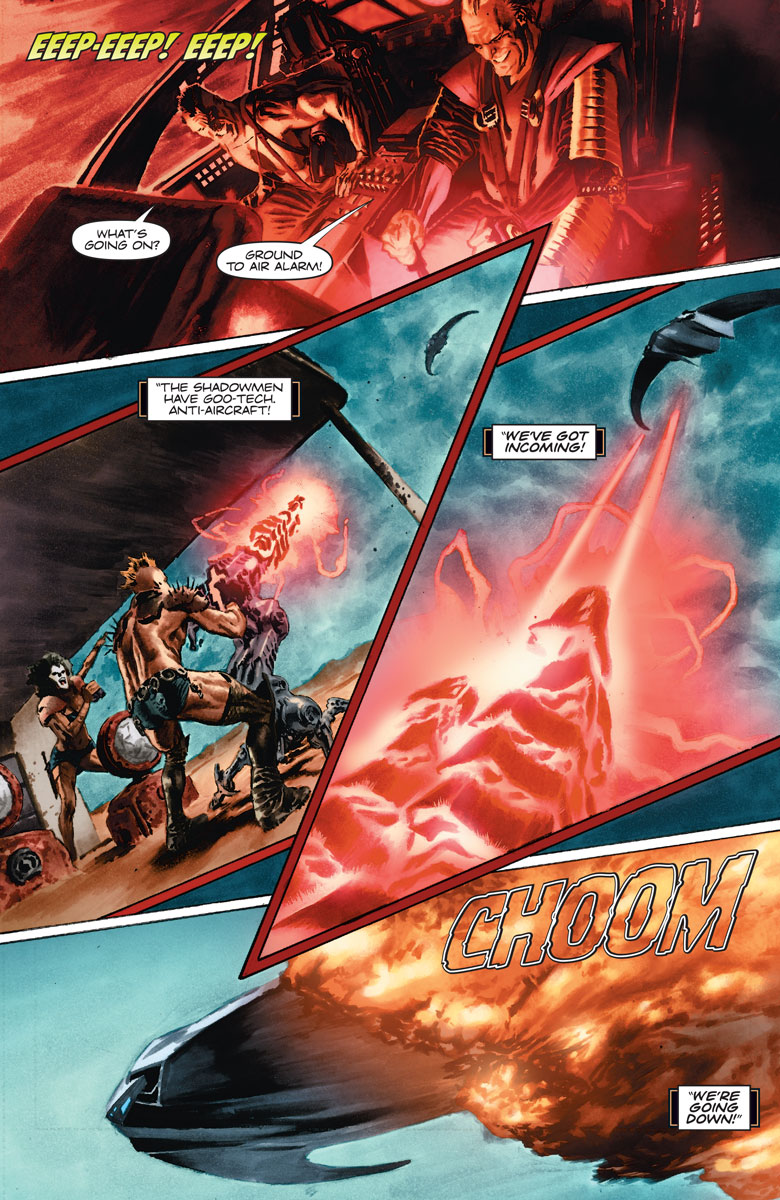 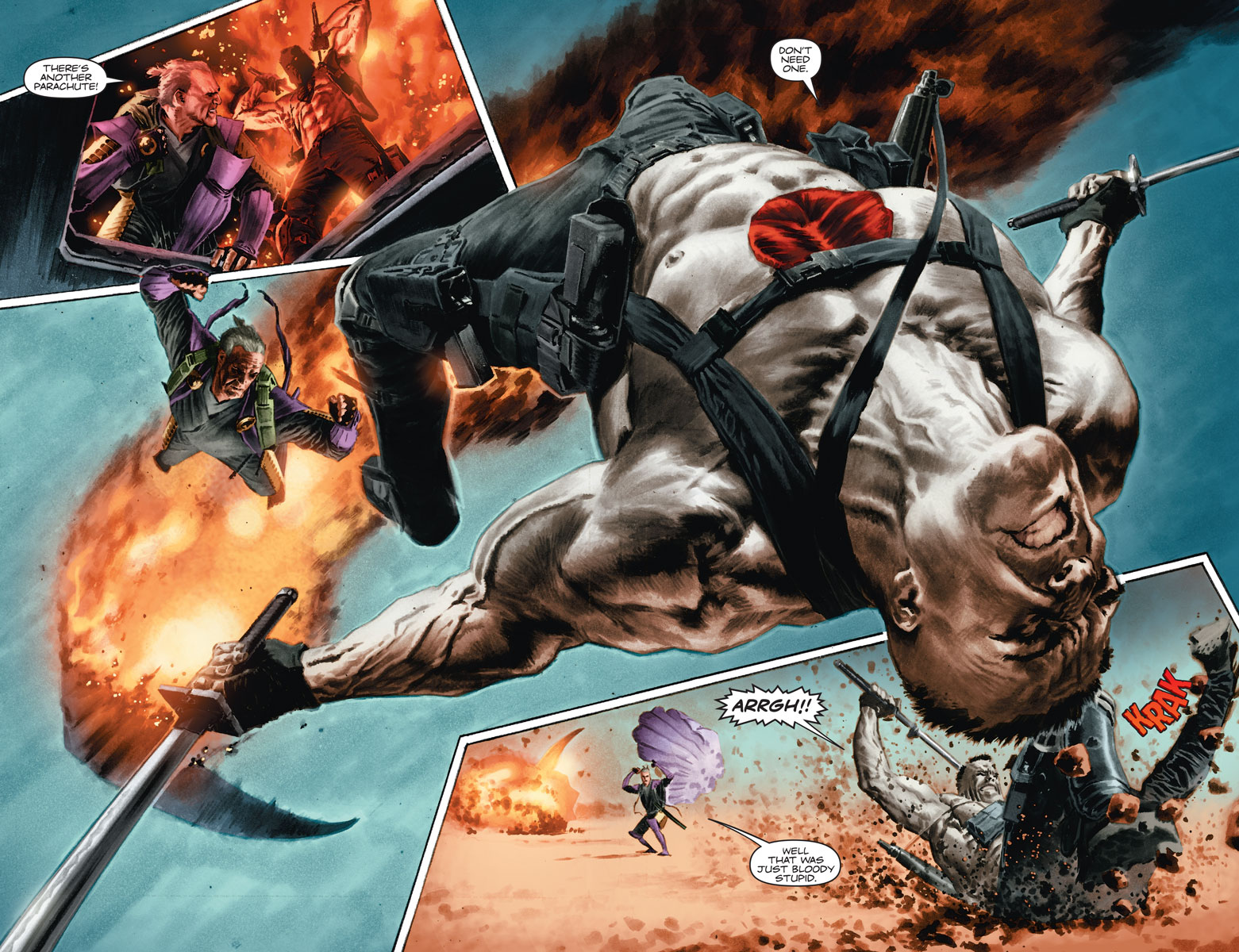