In anticipation of the release, Dark Horse has given us an in-depth look including the final cover for the first issue, a trailer, and preview pages!

Dept. H is being billed as a riveting, undersea locked-room murder mystery. Each issue of the monthly series will cover a period of 24 hours and follows the exploits of Mia, a special investigator hired to uncover the truth about what happened at a deep-sea research station. What she discovers is a mind-blowing crime scene with suspects with terrible secrets, strange deep-sea creaturs…and an impending flood.

The smartest man in the world has been murdered. Six miles deep in the ocean, there are seven suspects with compelling motives. A woman with her own connections to the victim is dispatched to the depths to solve the case. No one is safe. 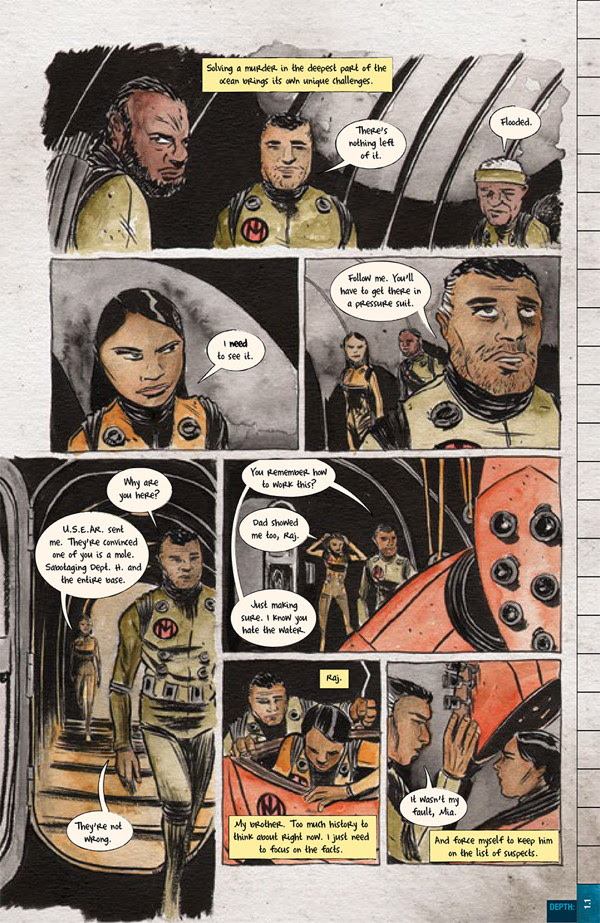 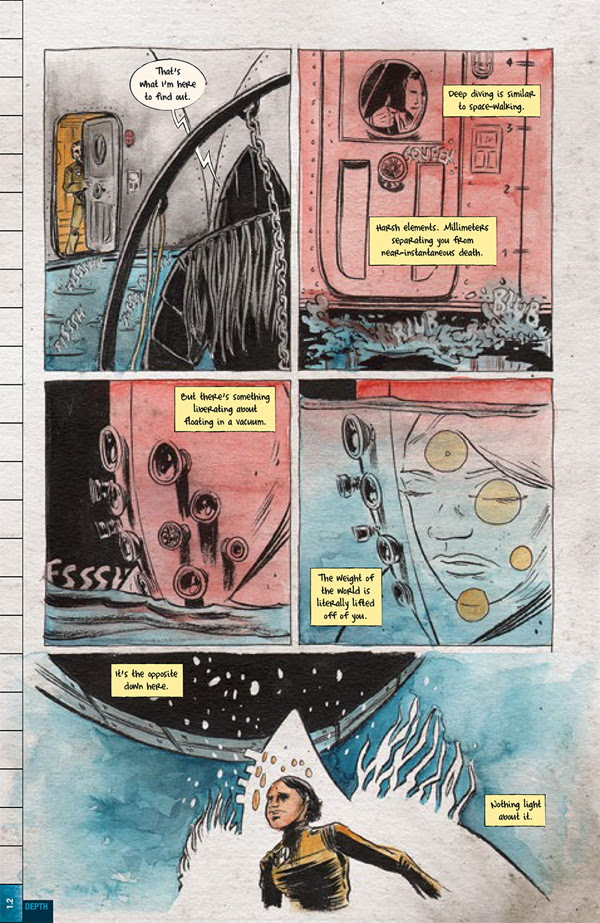 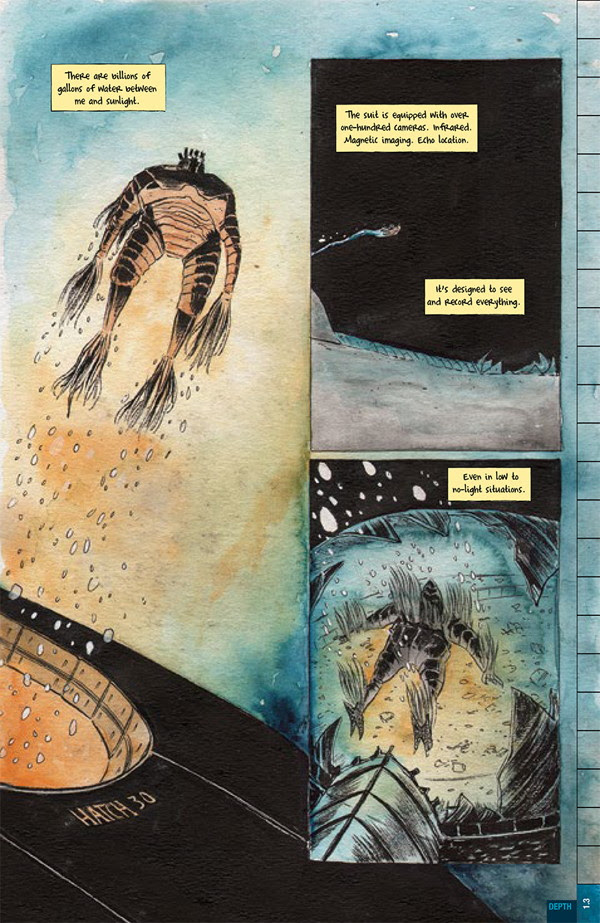 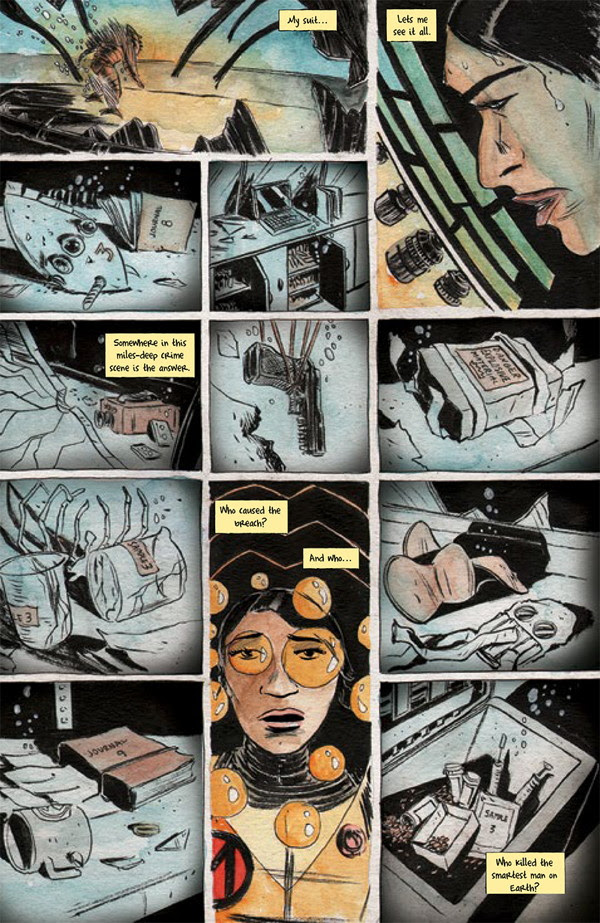