“Robert Venditti’s run on X-O MANOWAR is one of the finest in Valiant’s storied history,” said Valiant Editor-in-Chief Warren Simons. “From his very first issue with artist Cary Nord through PLANET DEATH, UNITY, ARMOR HUNTERS and beyond, Rob’s work on X-O MANOWAR helped cement Valiant as one of the leading publishers in comics today and his contributions to the fabric of the Valiant Universe will continue to resonate for decades to come. But he won’t be leaving X-O MANOWAR quietly. What we have in store for X-O MANOWAR’s grand finale as we head toward issue #50 might just be Valiant’s most audacious turn to date. As Valiant prepares to celebrate X-O Manowar’s 25th anniversary in 2017, ‘LONG THE LIVE THE KING’ will be a colossal turning point for the character…and foreshadow even bigger changes yet to come in the future.”

X-O Manowar #47 is the beginning of the end to Venditti’s historic run on the book. It begins the final arc “Long Live the King.” The arc will detail a striking cosmic showdown between X-O Manowar, Aric of Dacia and heir to the throne of the Visigoth Empire, and The Torment. The Torment are a foe far more terrible than any that have come before. They have traveled for eons to reach Earth and Aric and his X-O Manowar armor. Will Aric be able to challenge a seemingly omnipotent threat with motives beyond the comprehension of moral men? Will the armor truly be Earth’s salvation, as the Vine’s myth foretold? Is this the beginning of the end for X-O Manowar, or the beginning of something even bigger?

“X-O MANOWAR isn’t just the story of Aric of Dacia’s odyssey across time and space. It’s also the story of Valiant’s reemergence as the premier storytelling company in comics today, and Robert Venditti has been an integral member of the creative vanguard behind that success since day one,” said Valiant CEO & Chief Creative Officer Dinesh Shamdasani. “Over the course of 56 issues, we’ve cemented X-O MANOWAR to his rightful place in the pantheon of comics’ greatest heroes and X-O MANOWAR #50 is the ultimate celebration of that achievement. To officiate it, we’ve set out to invest an unrivaled amount of energy and attention into X-O MANOWAR’s final four issues and to formally recognize this as the culmination of one of the greatest, most nuanced character arcs in the history of modern comics. Now, as we march toward issue #50, we’re preparing even greater surprises for X-O MANOWAR’s future – including the anniversary cover to end all anniversary covers. X-O MANOWAR #50 will be a milestone accomplishment in every sense of the term.” 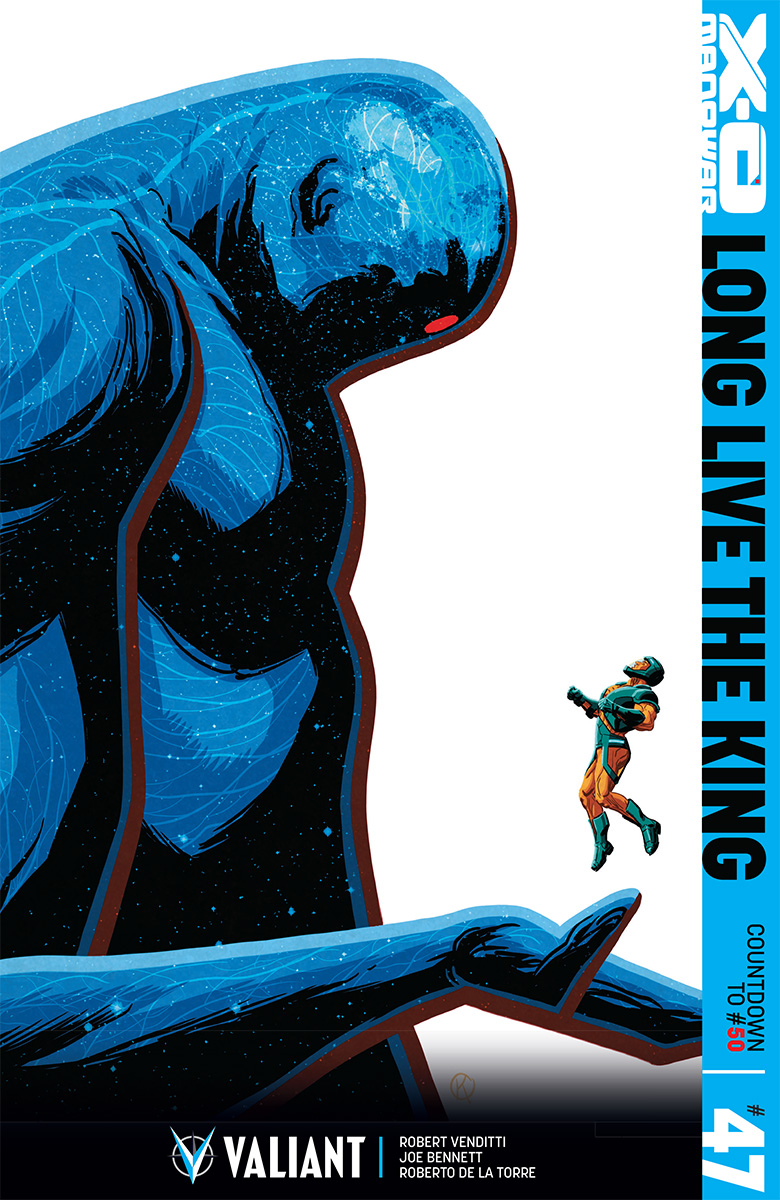 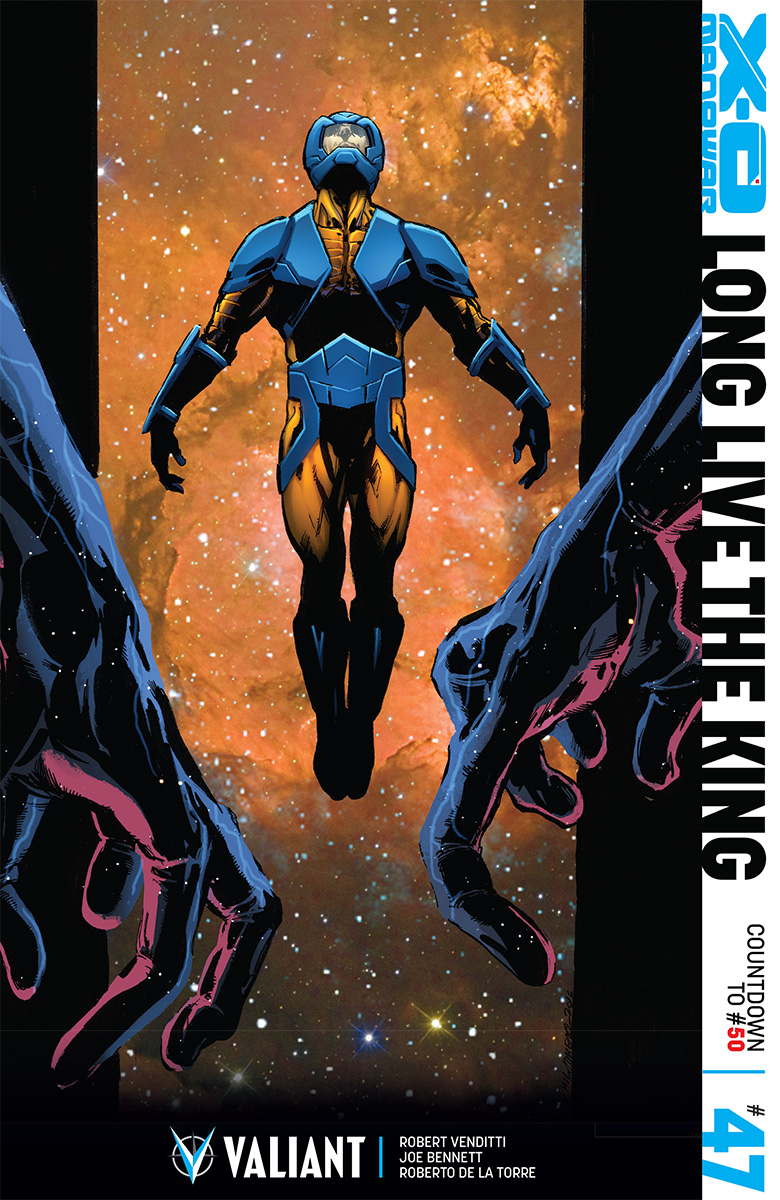 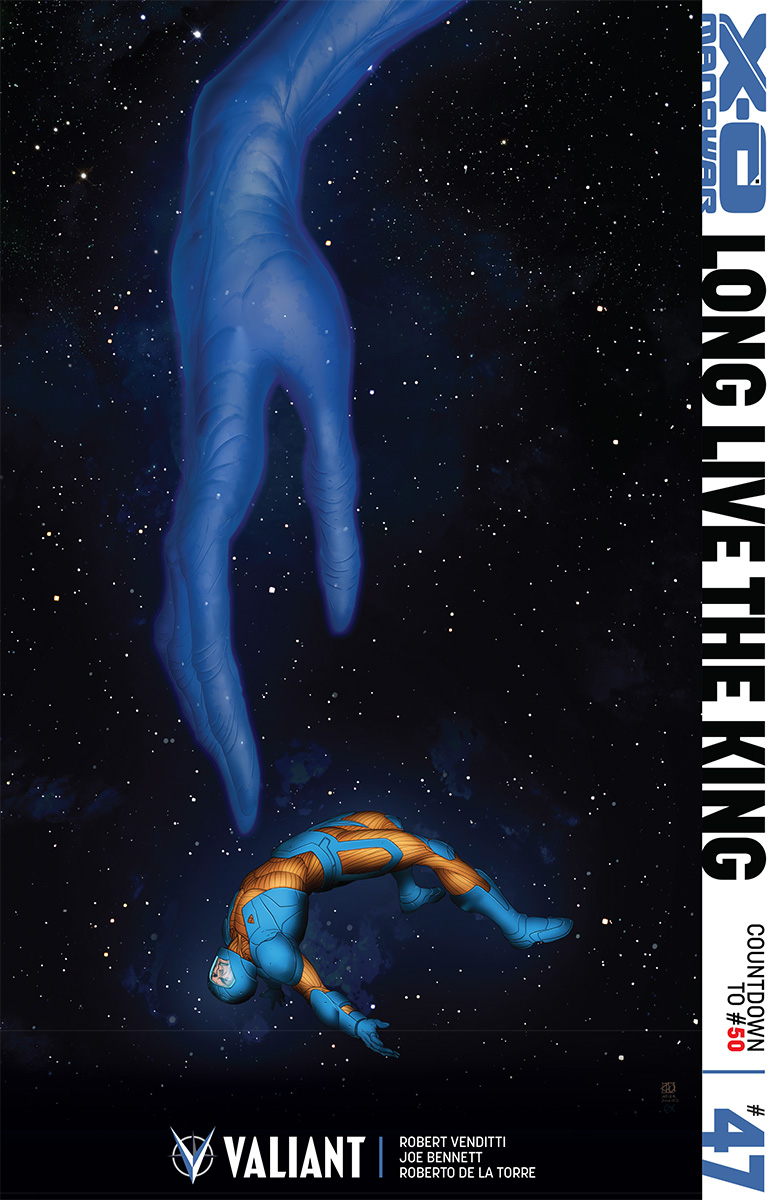 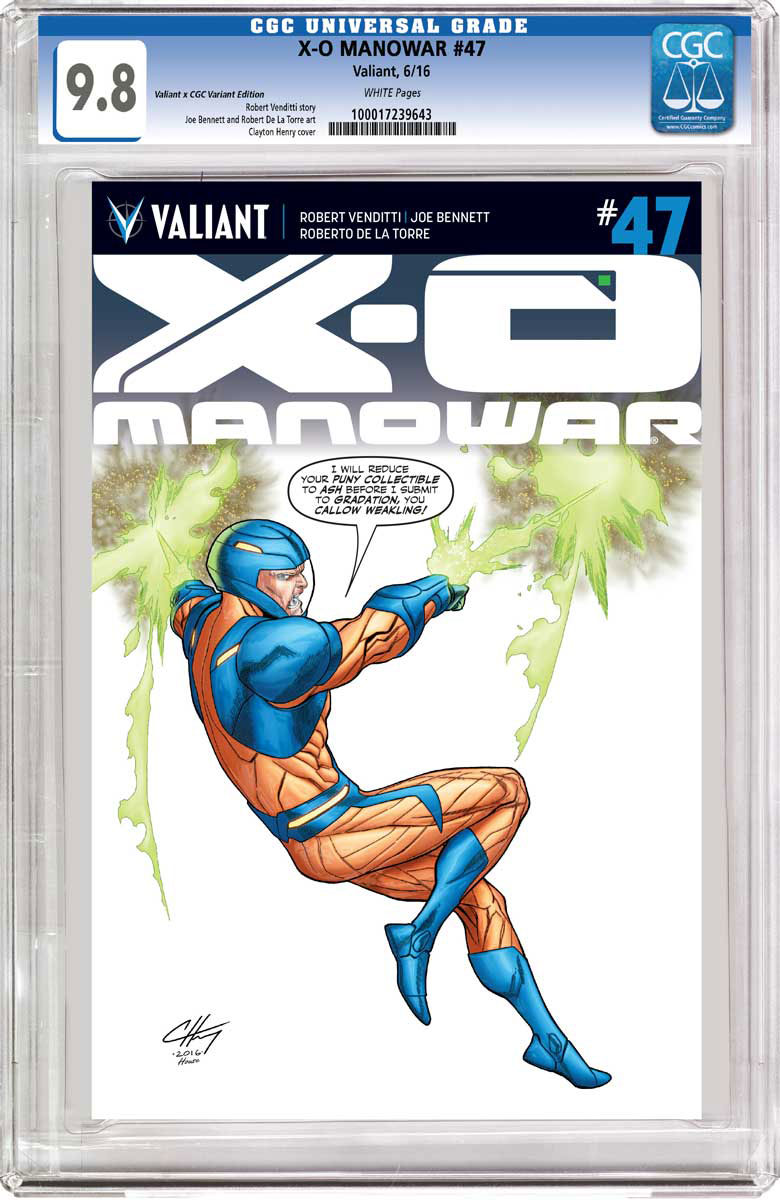 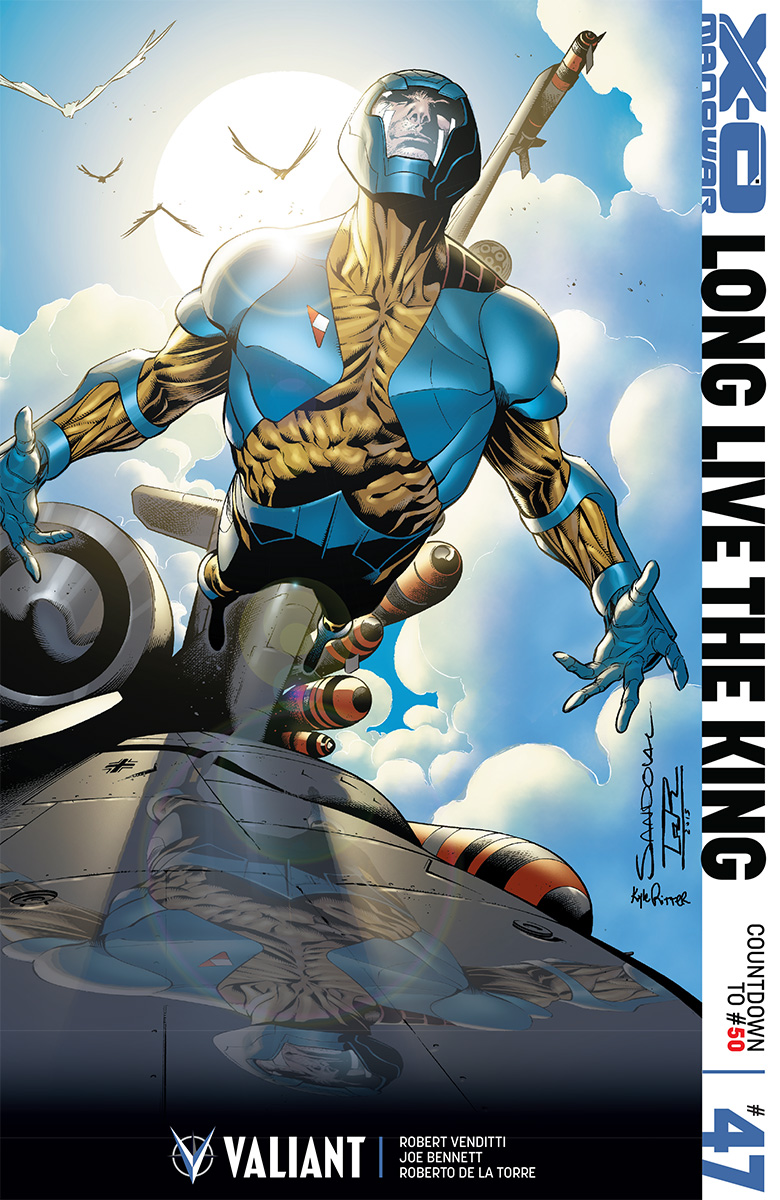 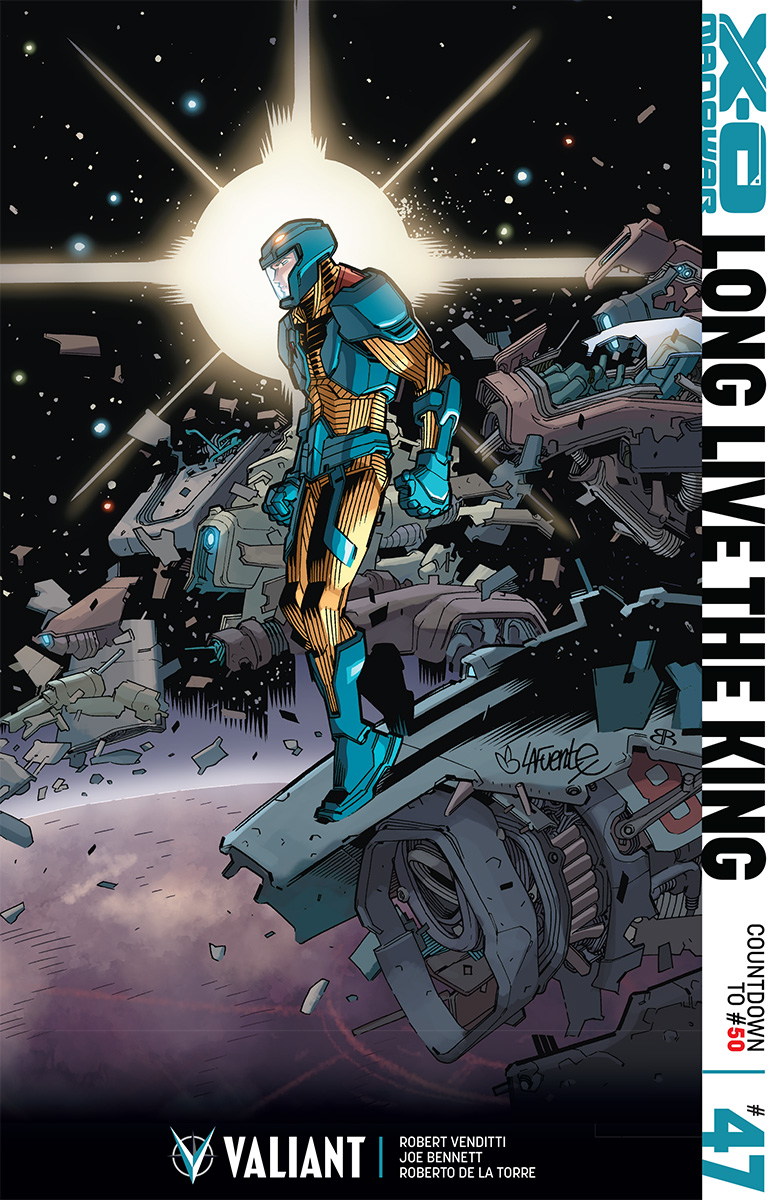 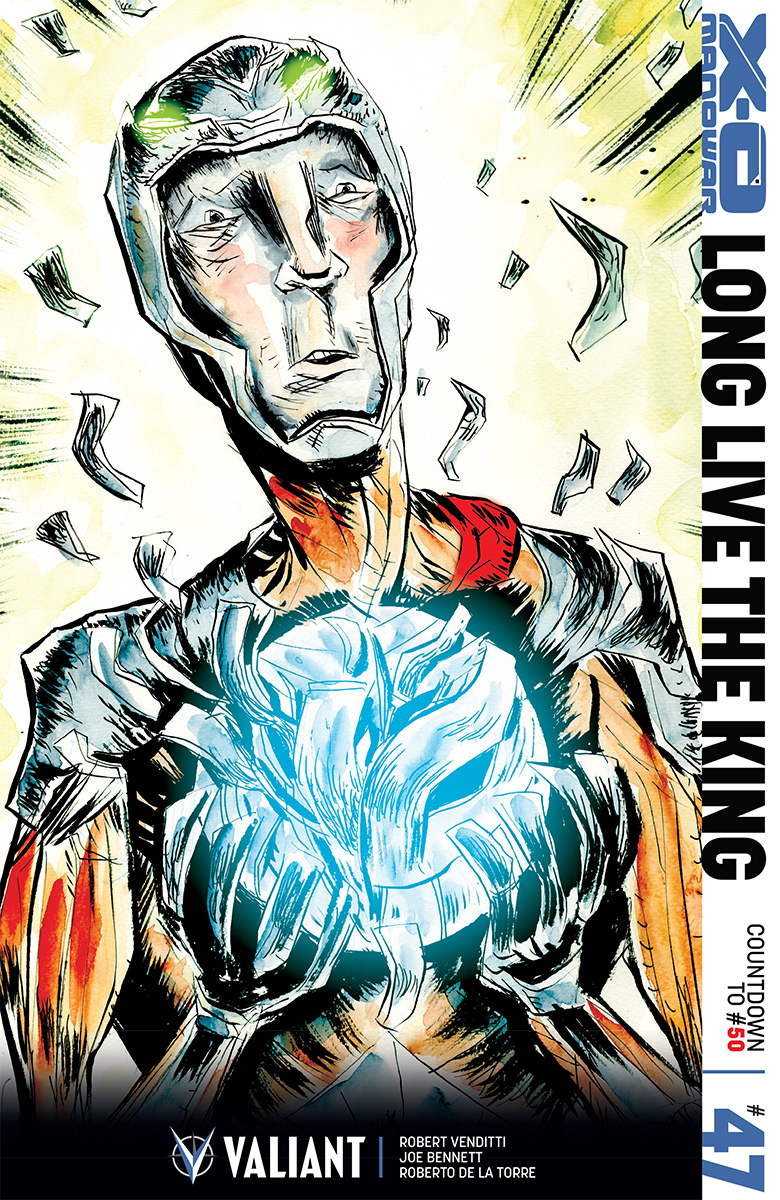