Private First Class Zula Hendricks is sent on a standard transport recovery mission; however, the mission is anything but standard and Hendricks finds herself encountering Aliens. How does it fare?

[easyazon_link identifier=”B01DL21KAM” locale=”US” tag=”bounintocomi-20″]Aliens: Defiance #1[/easyazon_link] is a simple Aliens tale that for the most part does everything quite well. By no means is the story groundbreaking or revolutionary, but it is a good if not great Aliens story.

Writer Brian Woods begins the story by introducing us to the main protagonist, Private First Class Zula Hendricks, and her unassuming mission. It is a straightforward mission and you can pretty much guess what is going to befall Hendricks and the Weyland-Yutani Corporate Security Drones that accompany her. Of note in this opening scene is how Woods and artist Tristan Jones play with gender roles. They leave Hendricks’ gender in the eye of the beholder. Jones does this with images of Hendricks’ eyes and her fully outfitted in combat gear.

Before Woods jumps us right into the action and gore that we know is coming, he flashes back in time to really characterize Hendricks and even give us a cameo from the Aliens franchise. He gives Hendricks an interesting back story as an injured soldier who undergoes surgery and rehab in order to get back into the field. You are able to see her grit, determination, and desire. It really allows you to connect with her. 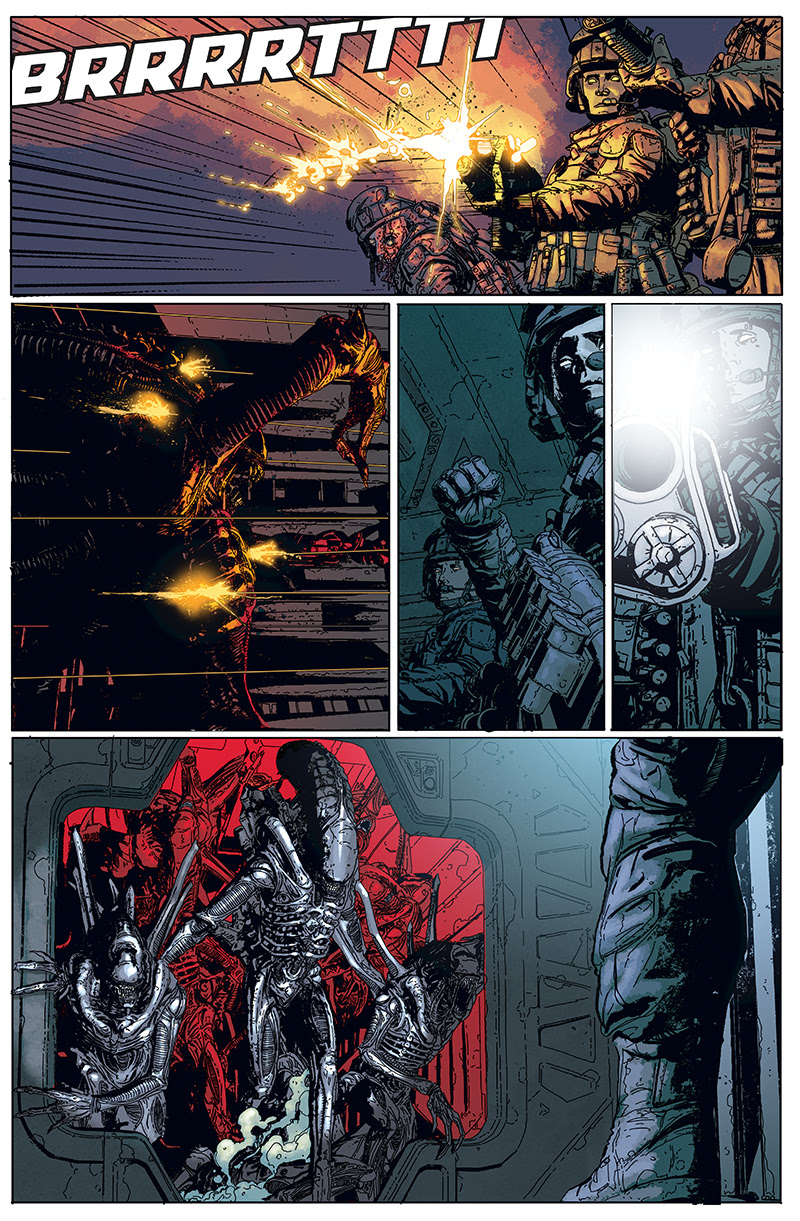 After this quick flashback, Woods keeps the story primarily linear and delivers some great suspense and gruesome action scenes. He doesn’t use anything unique to build up the suspense; rather, he just adds on to a tried and true technique with a video replay. It really adds to the fear and horror. Your heart will definitely quicken a beat or two in anticipation of the Aliens.

After the short action sequence, Woods shifts direction and begins to explore a secondary theme he introduced in the first page: synthetics and humanity. He does this through one of the Weyland-Yutani Corporate Security Drones named Davis. Davis’ interaction with Hendricks and his breaking of procedure adds an extra layer of depth and intrigue to a straightforward kill or be killed story.

Tristan Jones’ artwork is excellent. He gives the book a gritty look and creates an almost hopeless mood which contrasts nicely with the actual determination of both Davis and Hendricks. The combat scenes are exceptionally gory. He includes an image of an Alien ripping the spine off of one of the security drones. It is graphic. Of note, he doesn’t depict the Aliens as one would expect, crawling around the walls. Instead, they are upright on two legs. It is almost terrifying in and of itself seeing them walk like humans instead of animals. 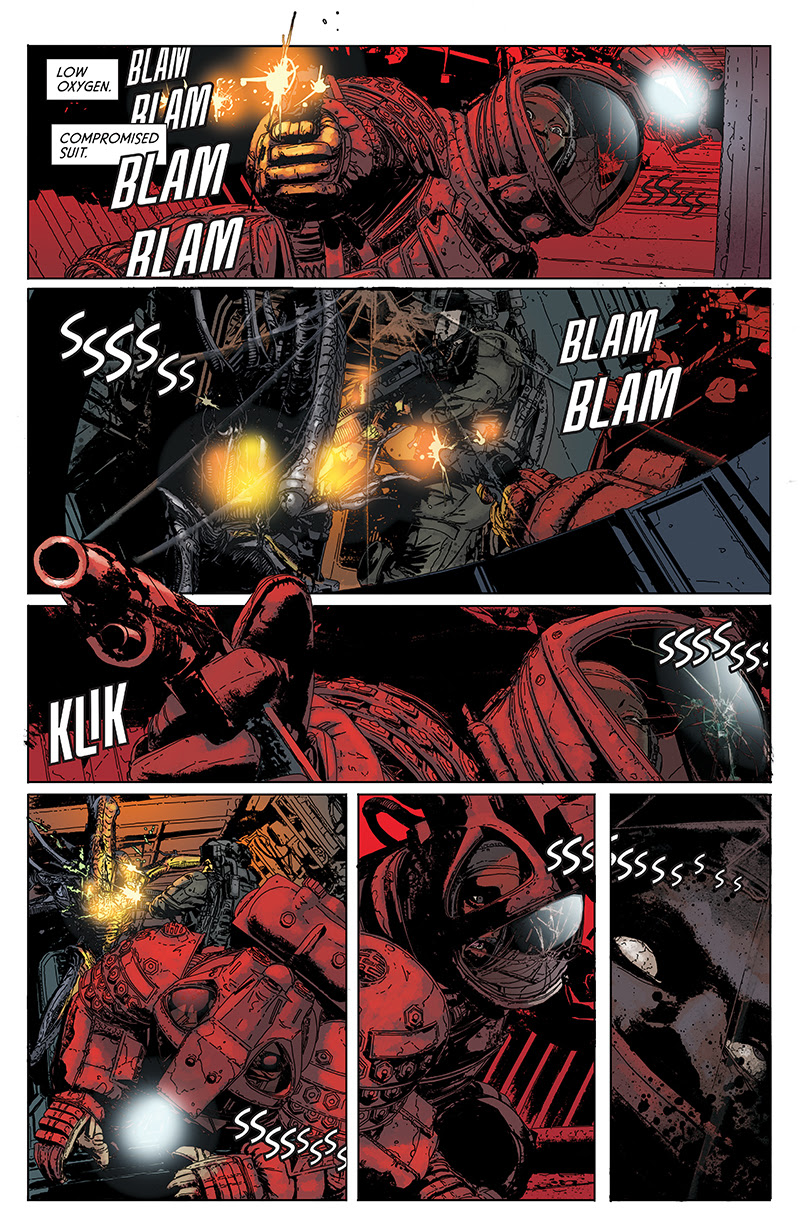 Jones does a good job of keeping each page fresh with new and unique panel designs. He also is able to create motion during one page by going back and forth with solid black horizontal panels and images of Hendricks in a recovery pod. It does an excellent job of capturing the idea that she is going in and out of consciousness.

If there is one complaint, a lot of the action done by Davis and his Weyland-Yutani drones happens off panel and we have to take his word for it. It’s unfortunate because it would have been a solid introduction to the combat prowess of these drones when they know what they are up against.

[easyazon_link identifier=”B01DL21KAM” locale=”US” tag=”bounintocomi-20″]Aliens: Defiance #1[/easyazon_link] has everything you are looking for in an Aliens story. It’s got action, horror, blood and guts, a well characterized protagonist, and, of course, Aliens. If you are looking for a horror fix and love Aliens, go pick this one up and tell your LCS to order it with Diamond Code: FEB160010 before it hits comic book shelves on April 27th! You will be anxiously awaiting the second issue.