Kaare Kyle Andrews is putting together an interesting advertising campaign for his upcoming creator-owned series from Image Comics, Renato Jones: The One%.

Jones describes his campaign as “a way to celebrate luxury and…give it to those that need it most.” He added, ““If there’s one thing that the Mossack Fonseco document leak has shown us, it’s that the super rich have a lot of money hidden away all over the world. I’d just like to help by offering this persecuted class a luxury product to spend it all on.”

The ads take luxury product ads and incorporate the cover to his comic and the title to a bottle of perfume. Are you looking for that elite perfume? Look no further than the sexy woman in lingerie with a bottle of Renato Jones perfume.

Andrews plans to release new ads daily for the series leading up to the Image Expo on April 6th.

Renato Jones: The One% hits comic book shelves on Wednesday, May 4th. The final order cutoff is Monday, April 11th.

What do you think about this ad campaign? Will it catch on? Or is it a complete dud? 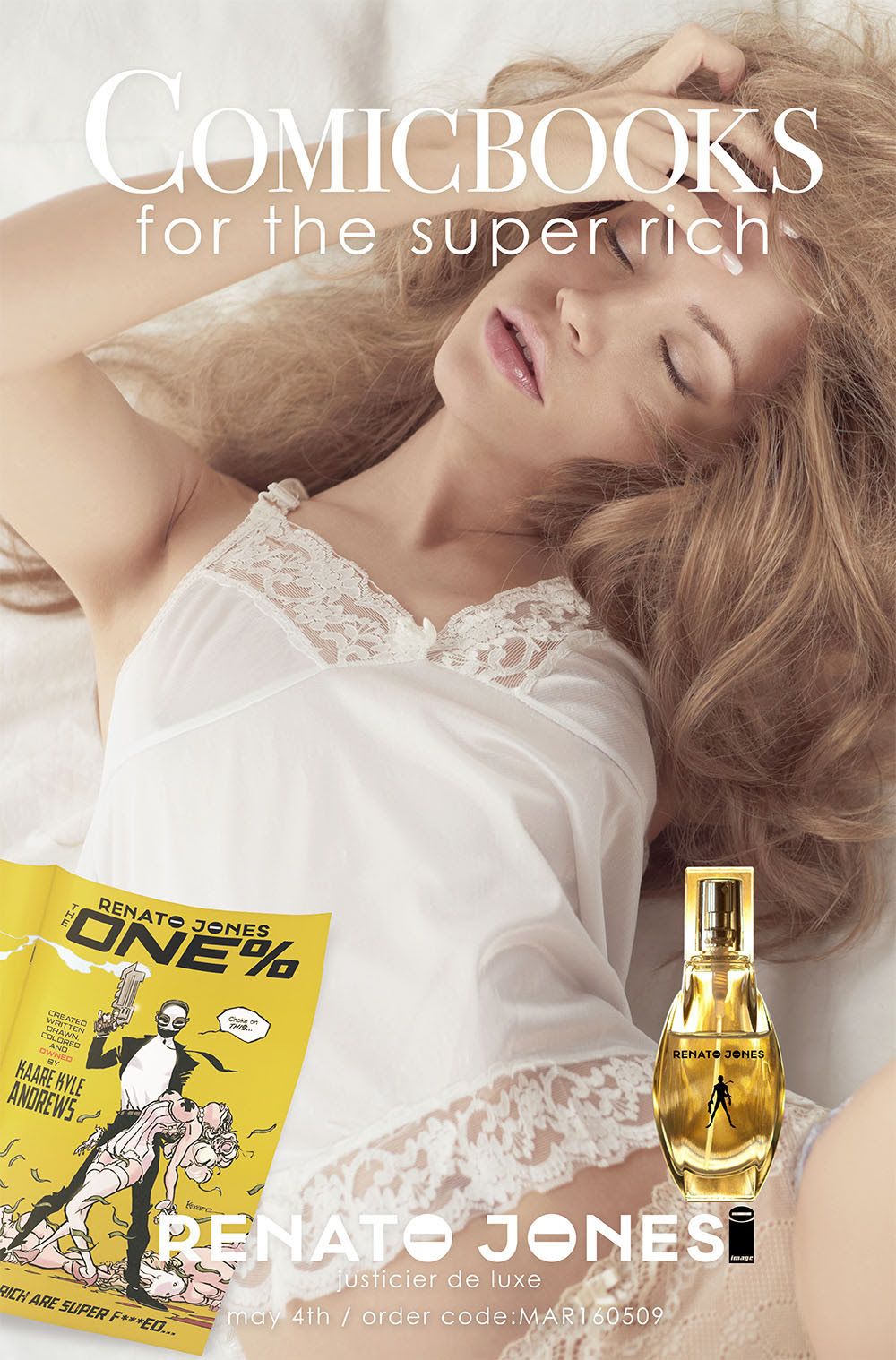 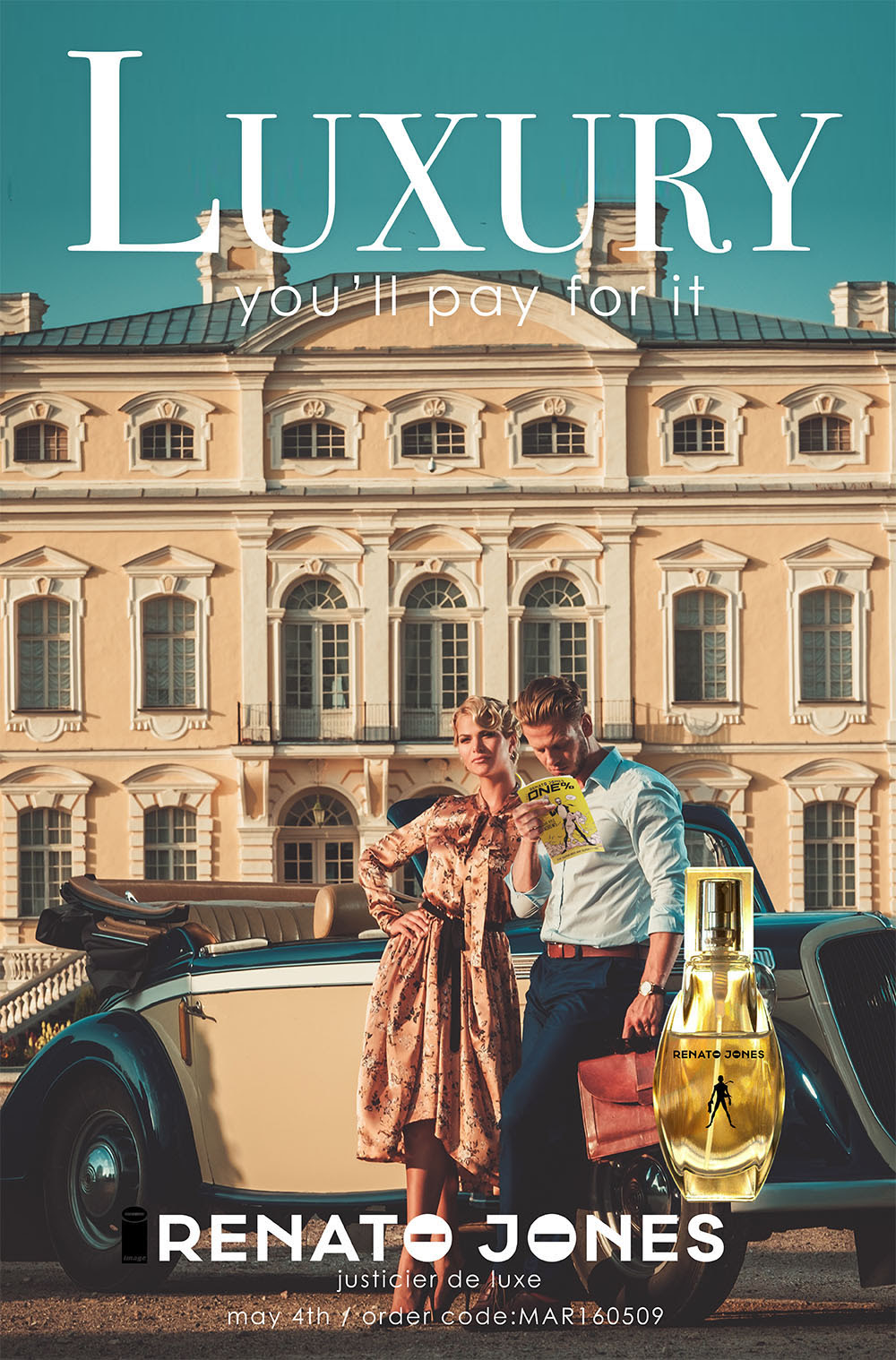 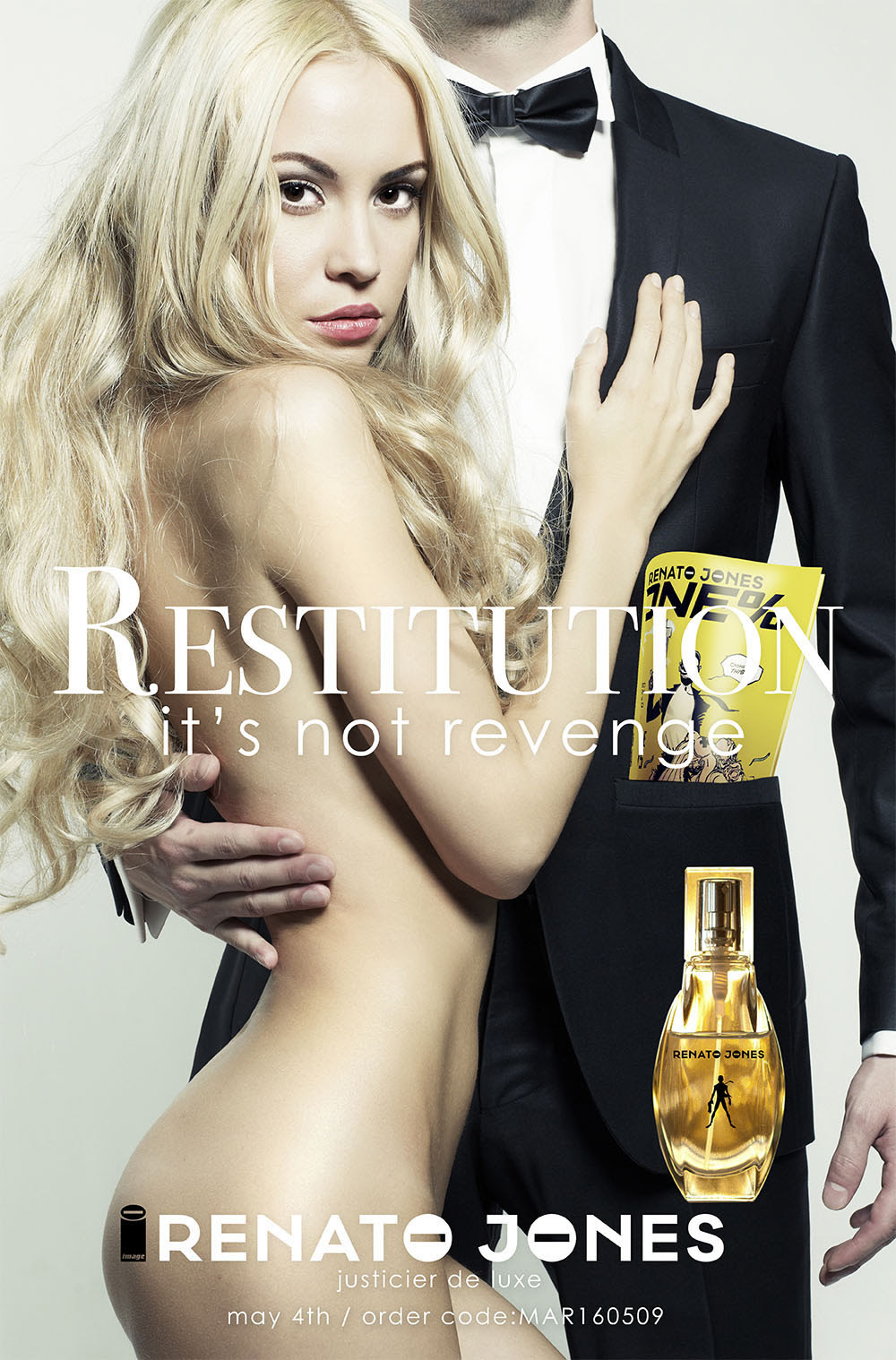 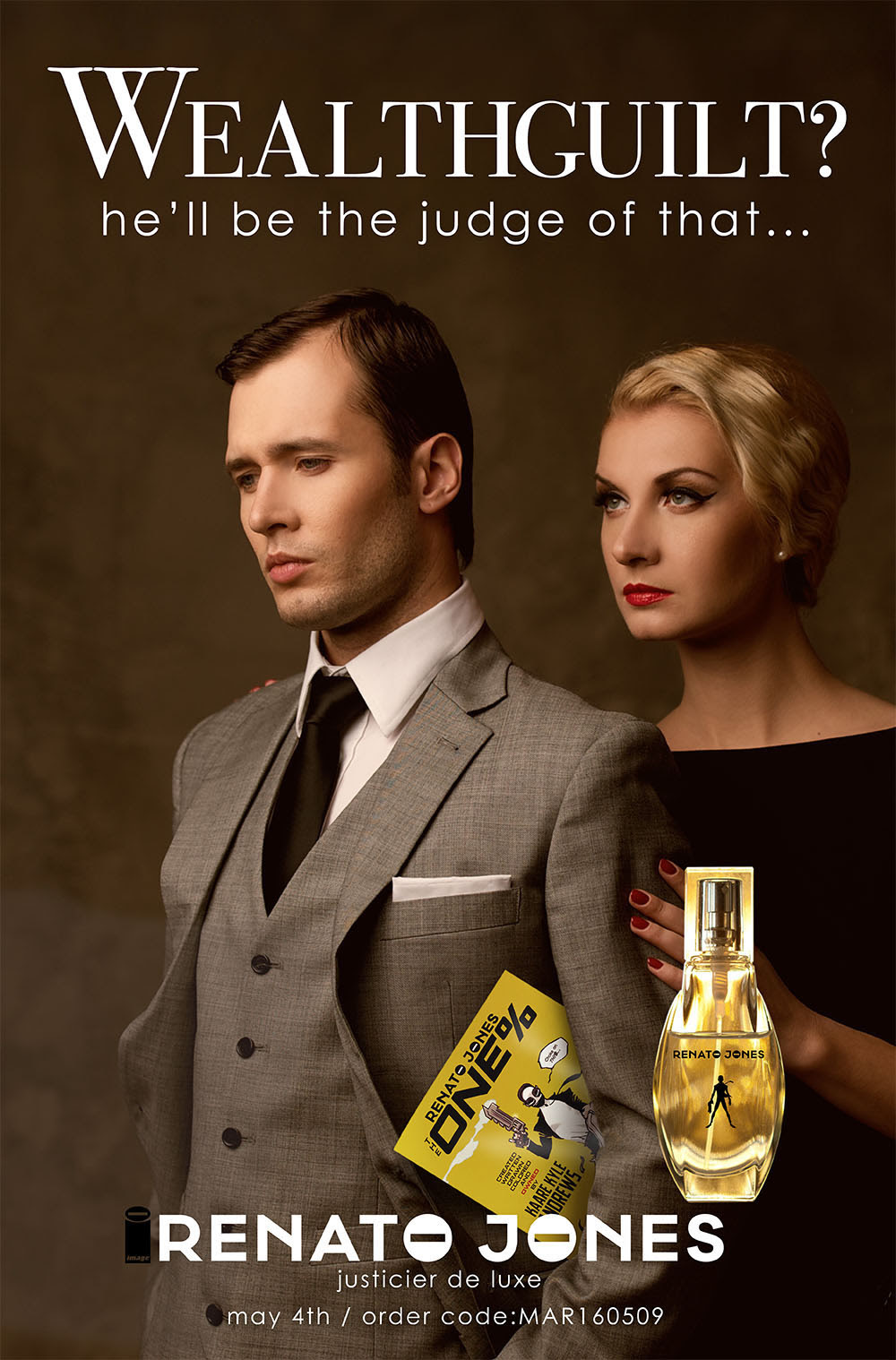