X-O Manowar and Ninjak have uncovered a Vine terrorist network that goes farther up the rungs of power than they could have ever expected – and revealing its secrets may have just put everyone Aric holds dear in grave danger! Even Valiant’s two most powerful heroes might not be able to stop what’s coming next…and the countdown is about to begin! 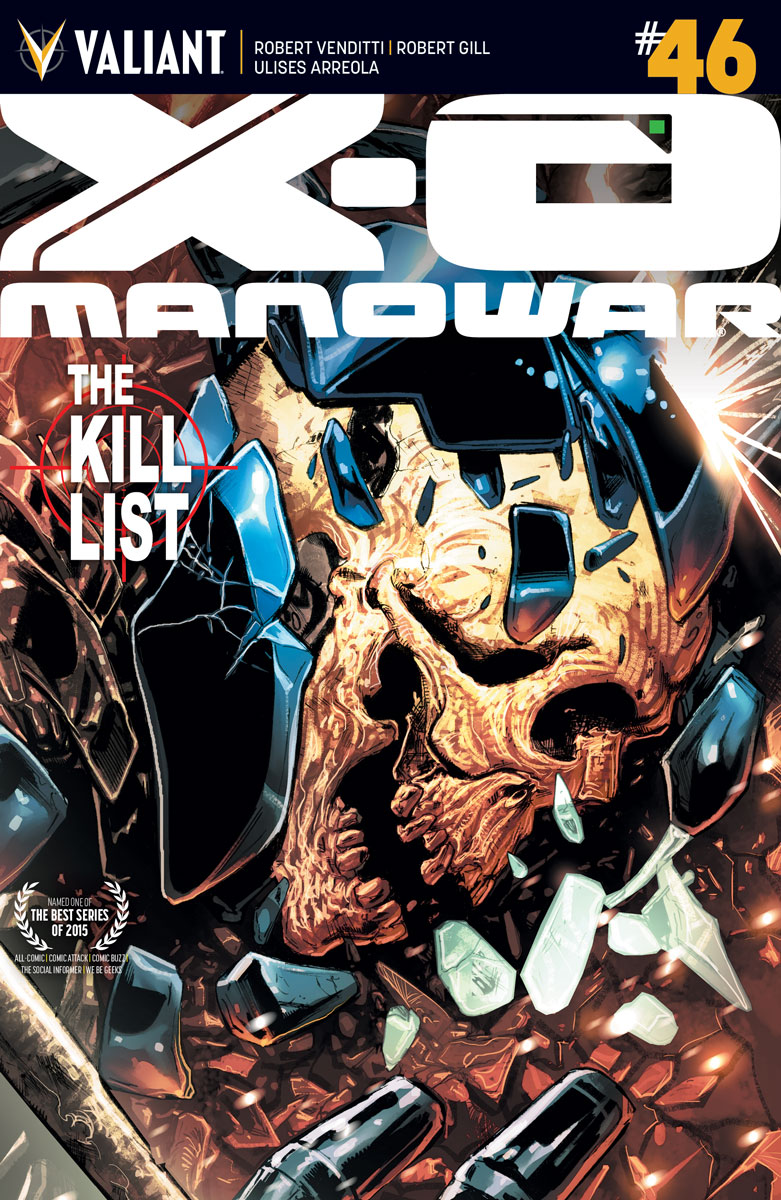 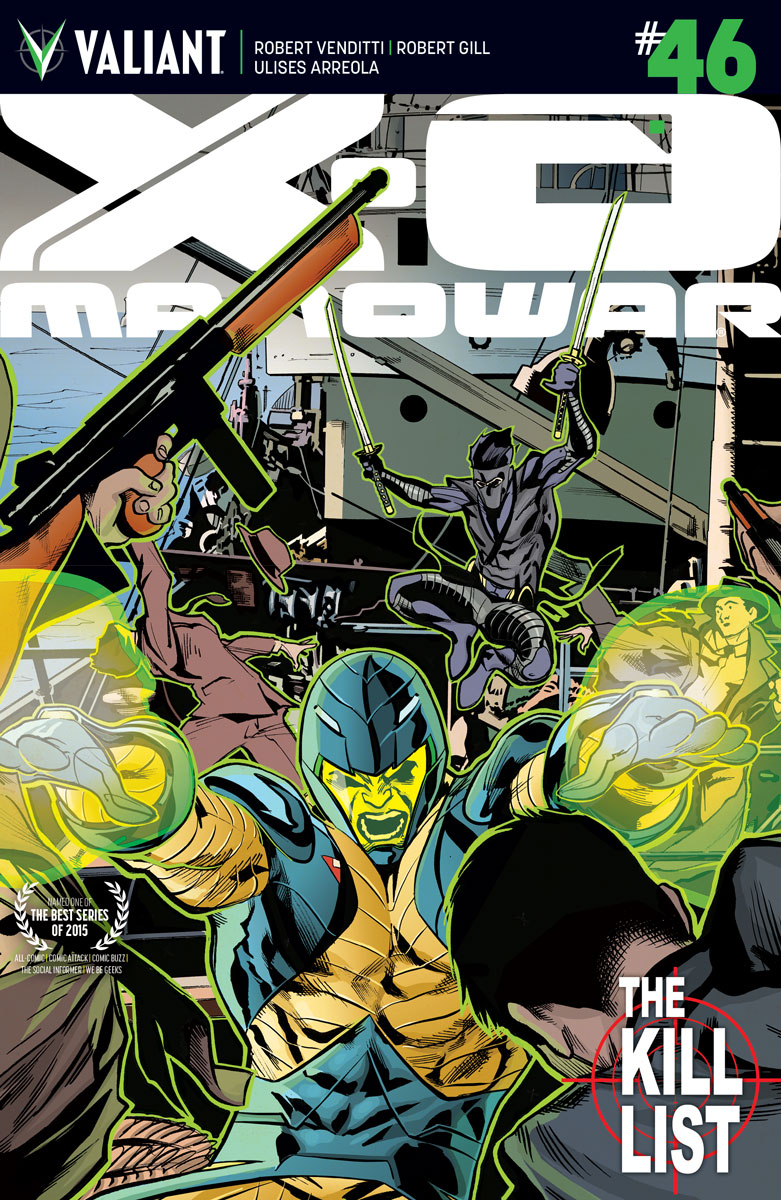 Cover B by Stephen Moone 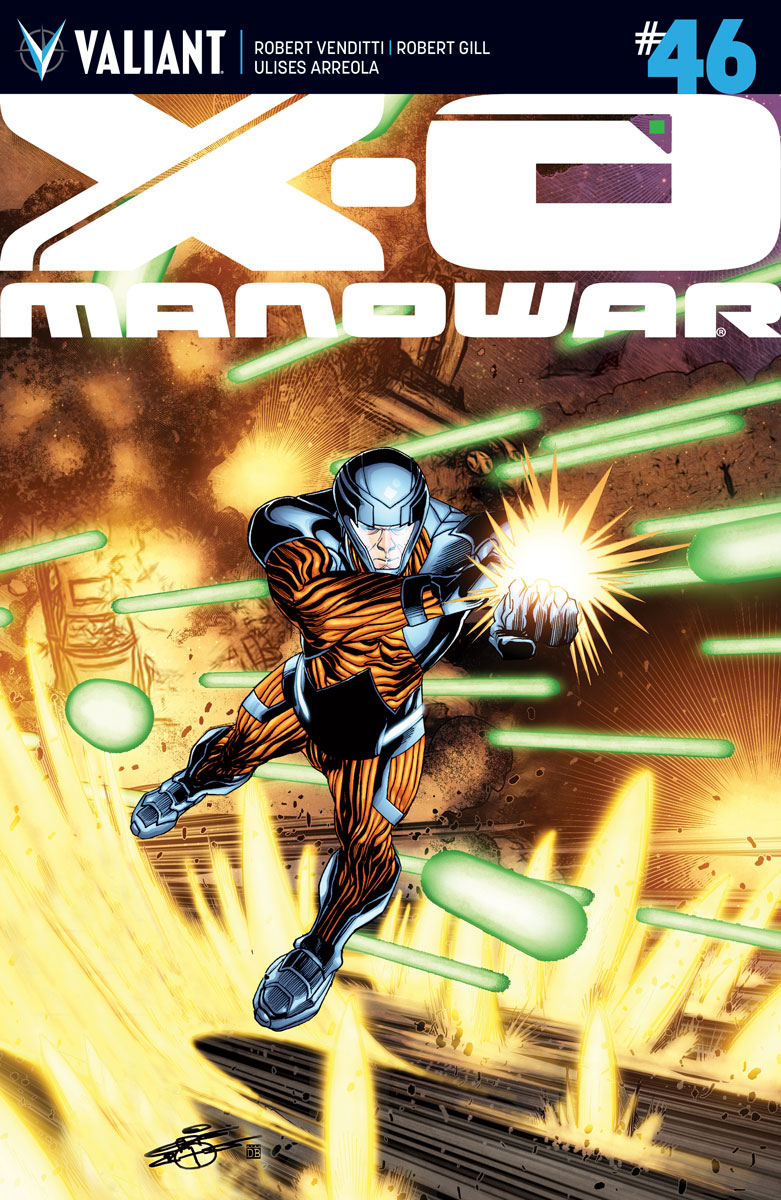 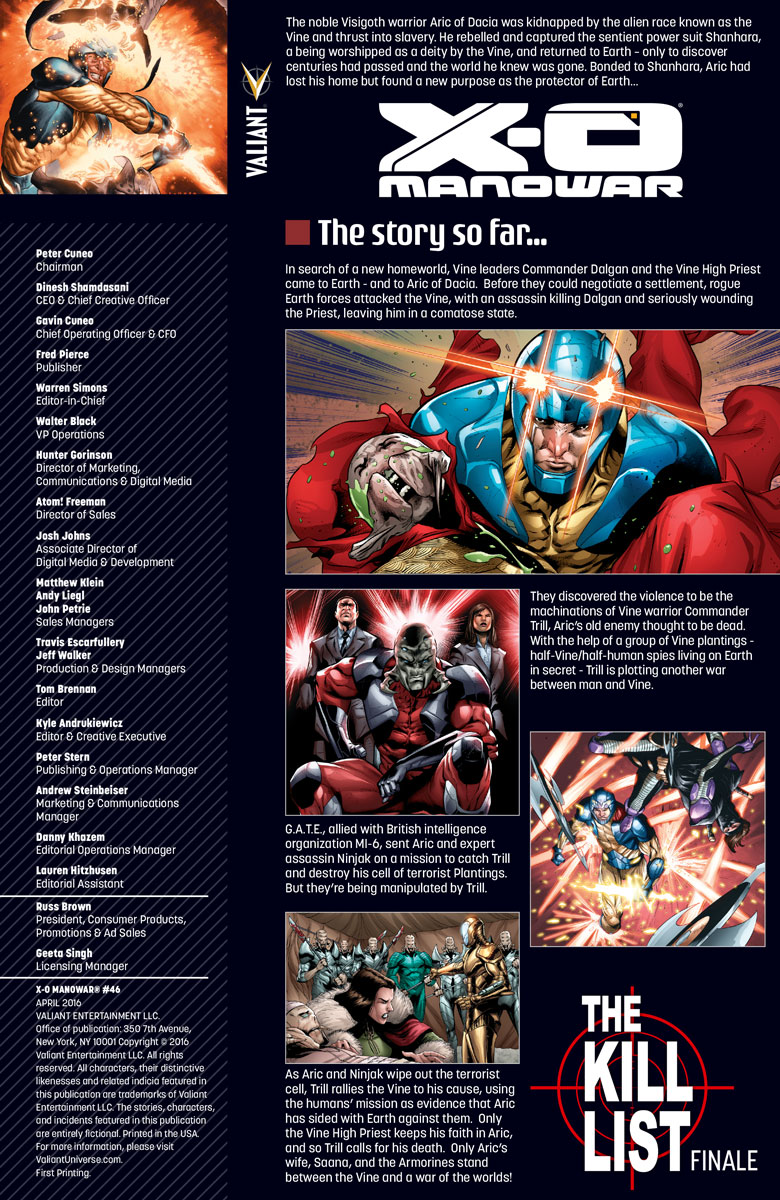 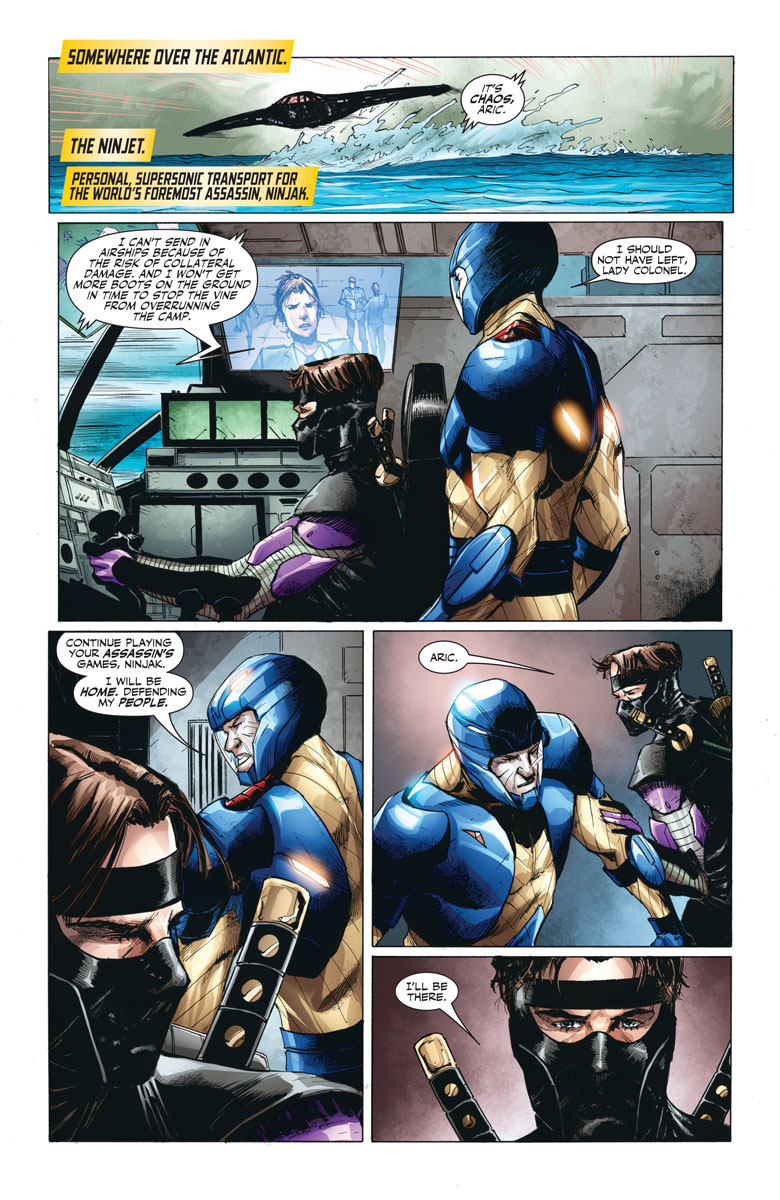 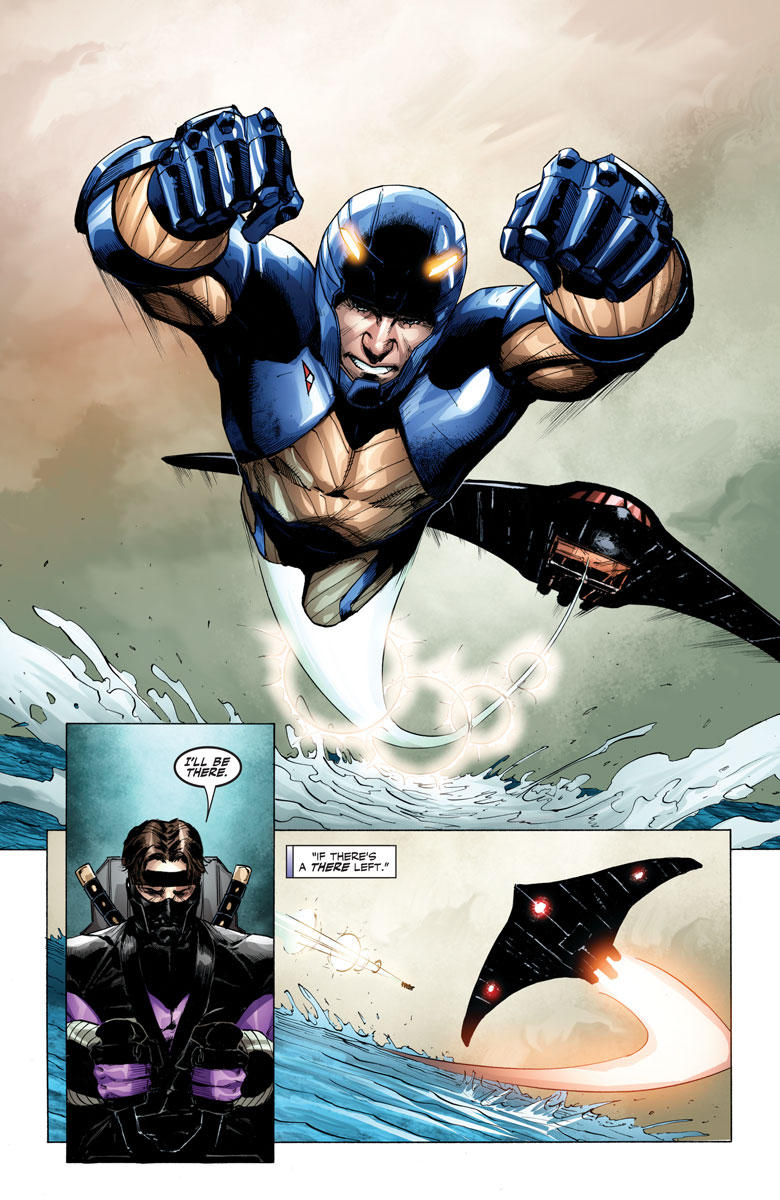 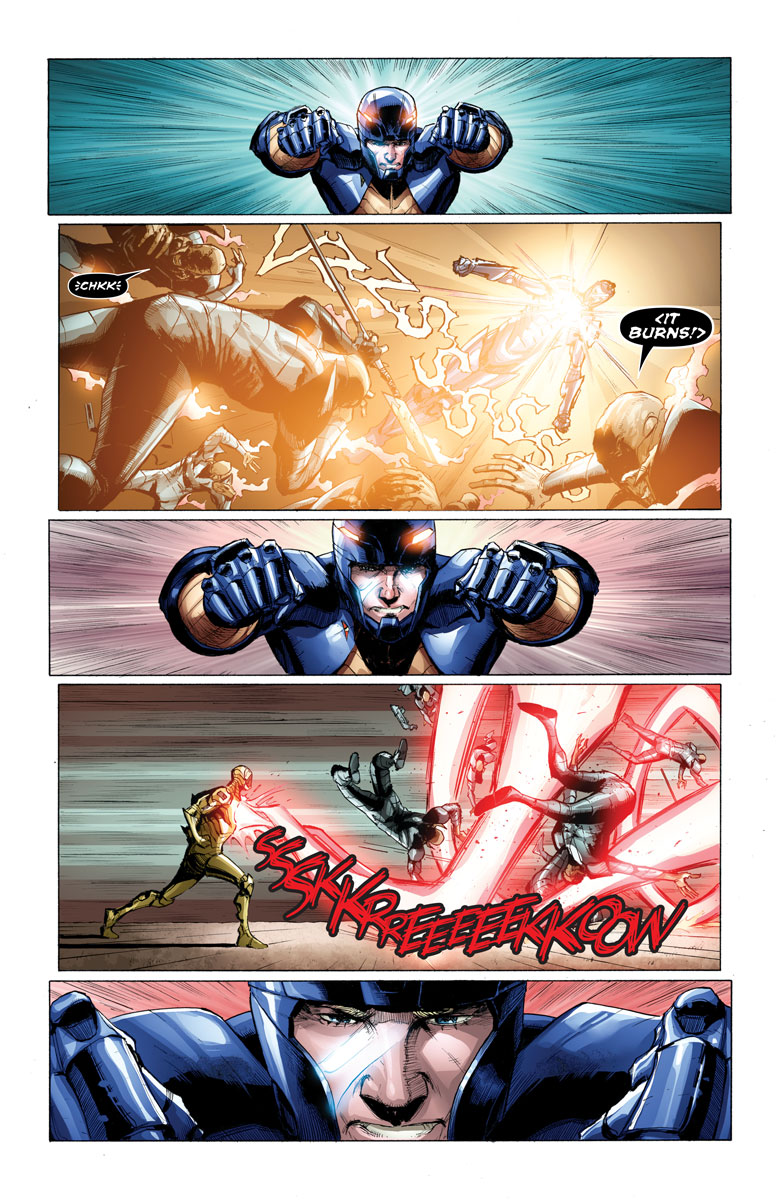 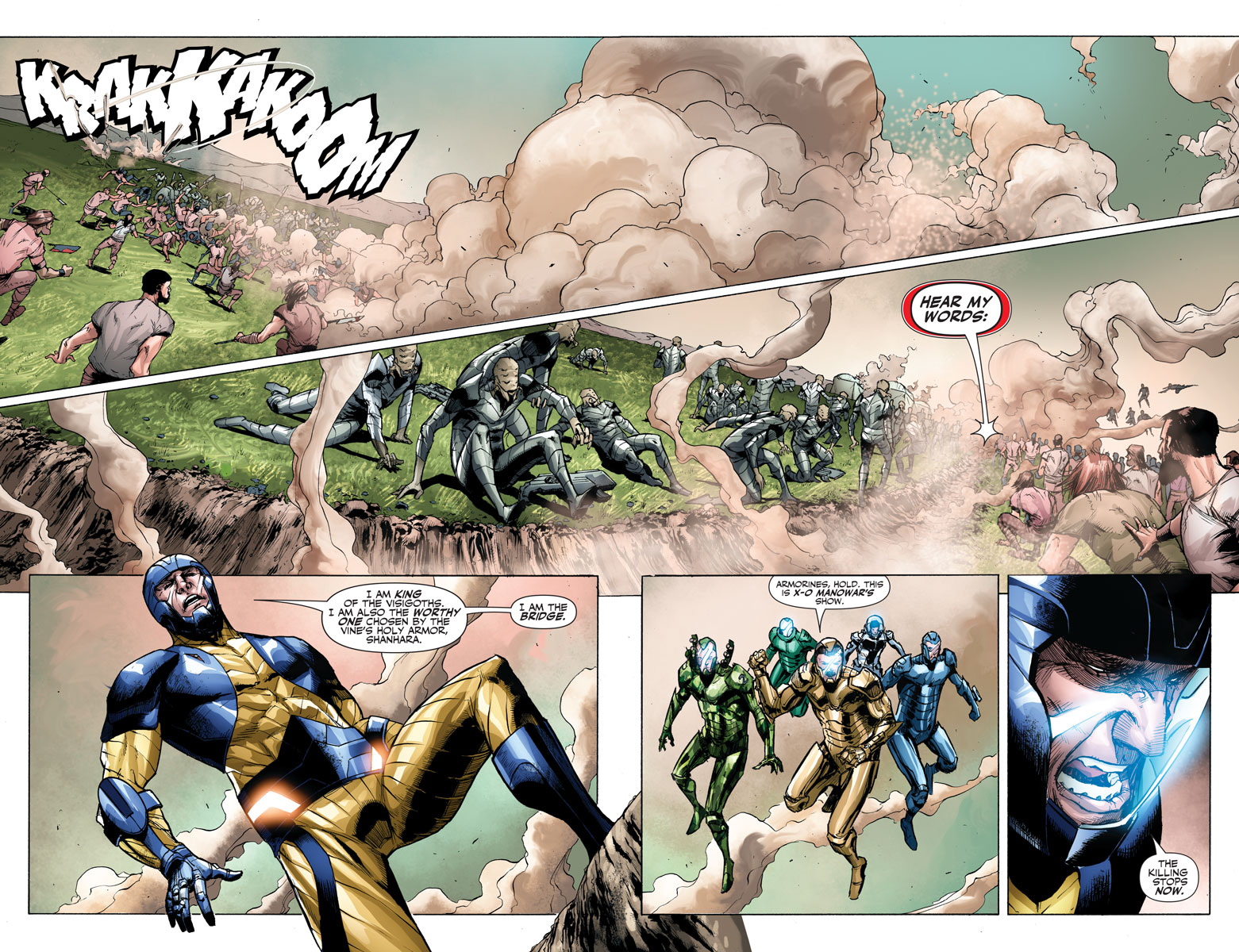