As Crossfire opens, it seems that things aren’t going too well. Alyss may have ended the violent power struggles of the original book trilogy, but the realm has settled into a state of hesitant cease-fire. Someone has stolen a powerful relic of conjuring imagination — the magical lifeblood of Wonderland — and escaped with it to Earth. And an assassin from Alyss’s own clan tries to kill her. With few left to trust, she calls upon someone with no allegiances at all: the dashing Bond-like scoundrel Ovid Grey. What happens next is, well, why don’t I let Grey tell you in his own words? “Alone in an alien realm. Forced to keep my true identity secret. A race against time to stop the spread of black imagination. A mission which only I can complete. Alyss was right, this IS going to be fun.” 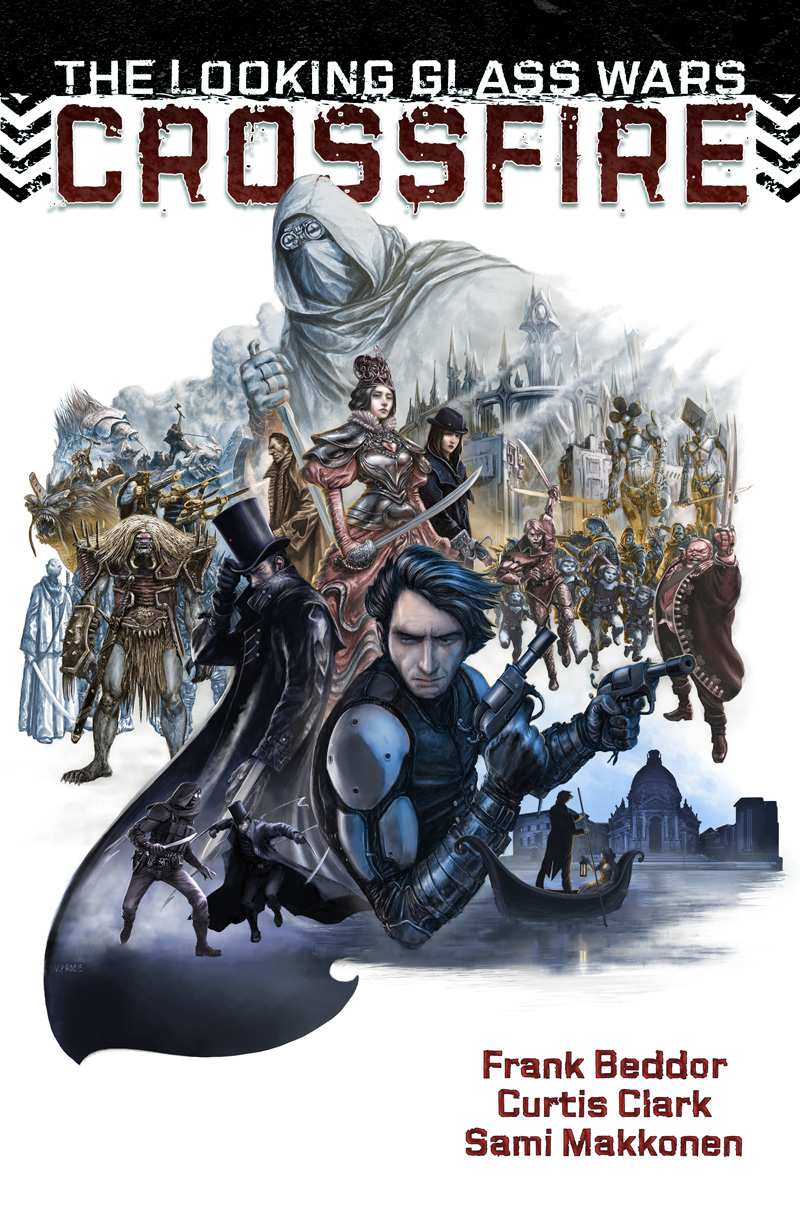 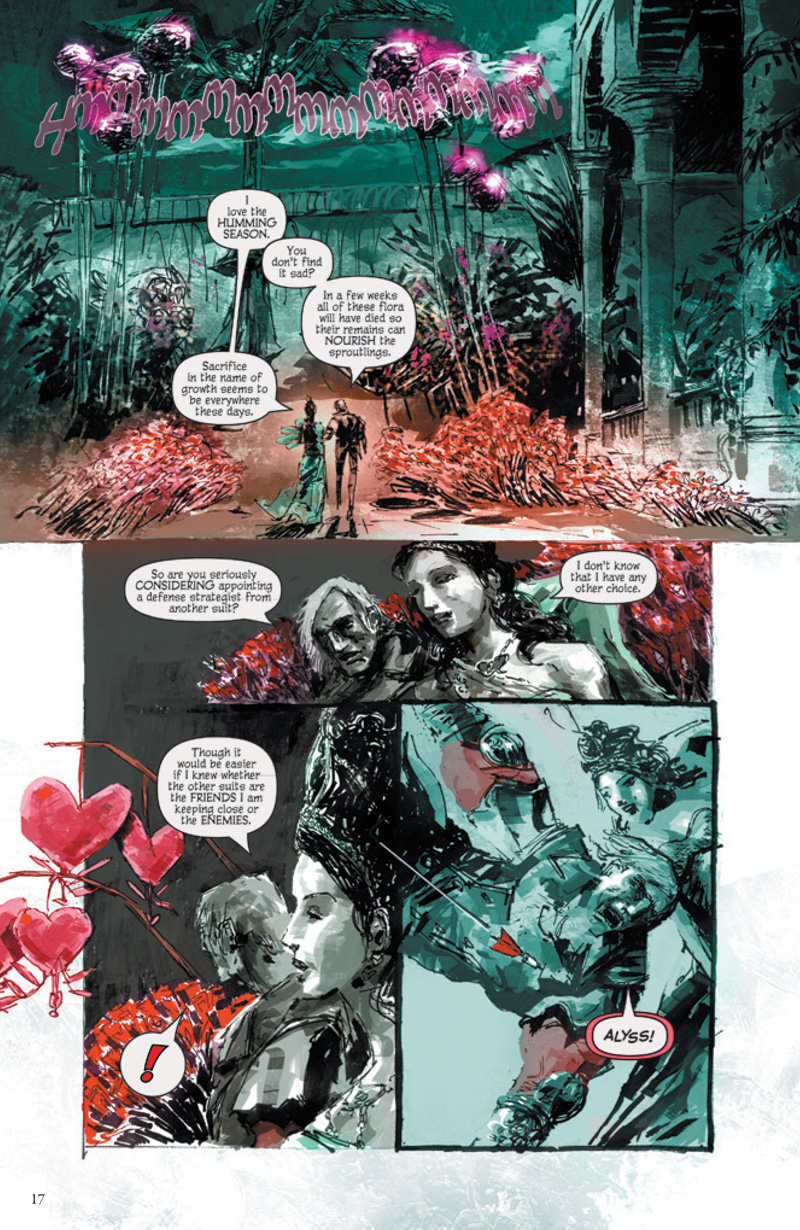 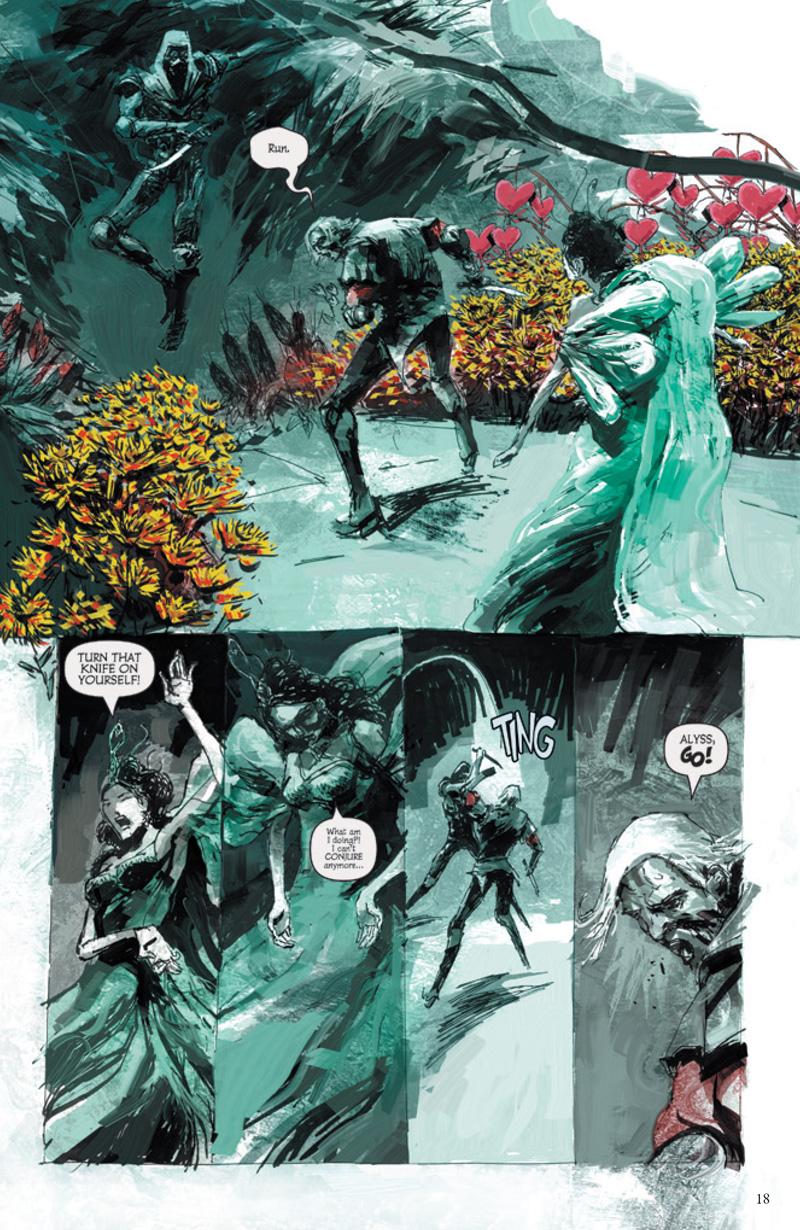 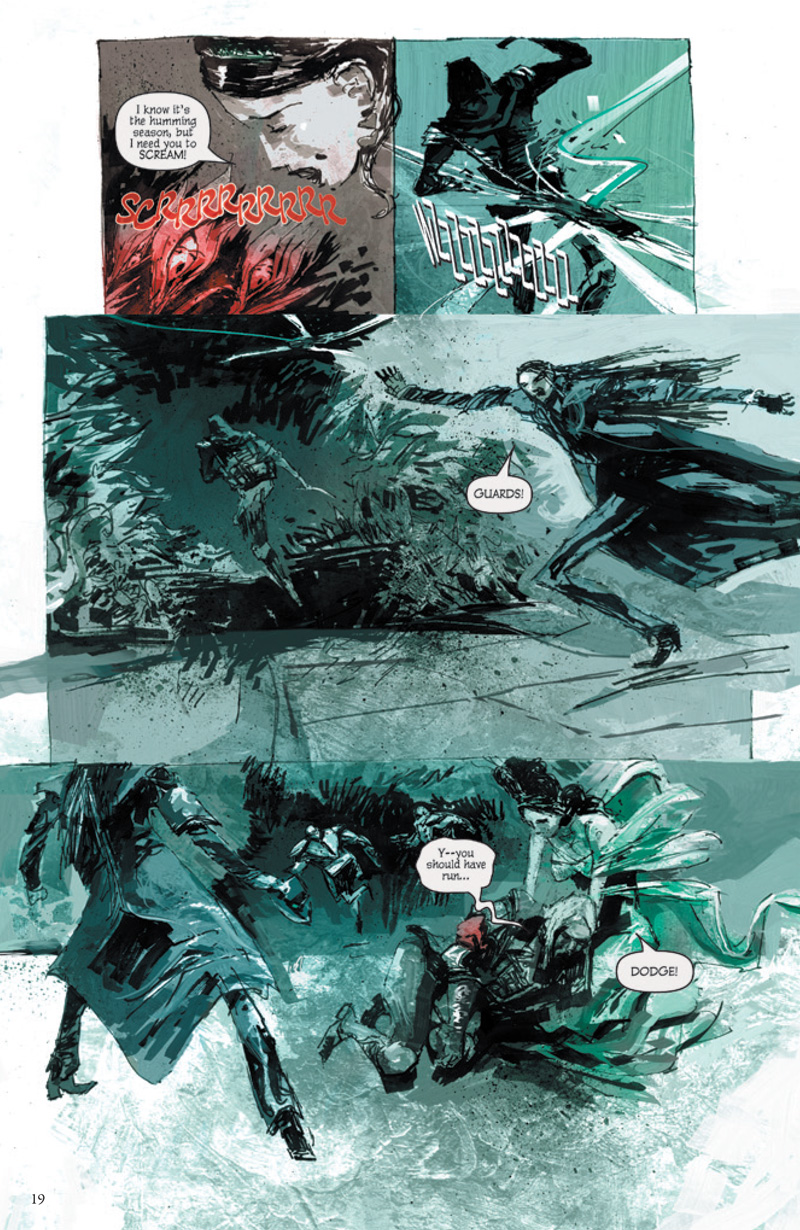 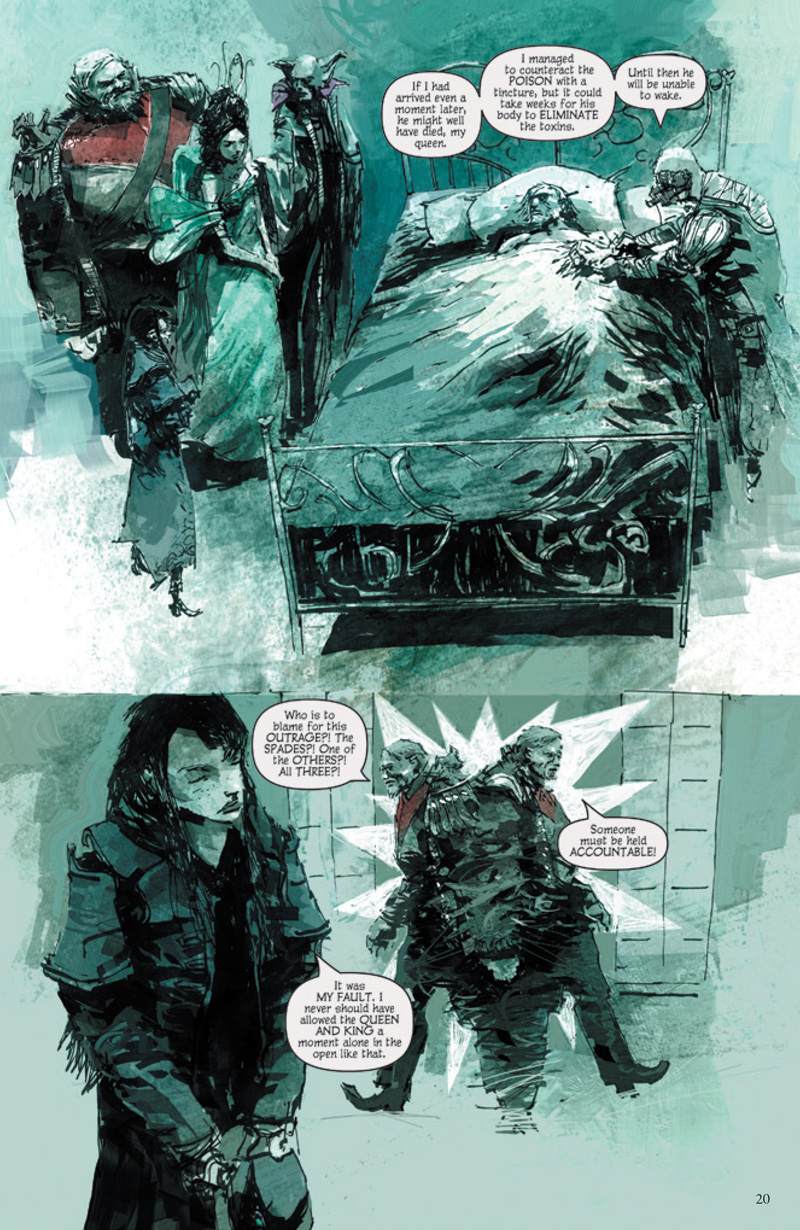 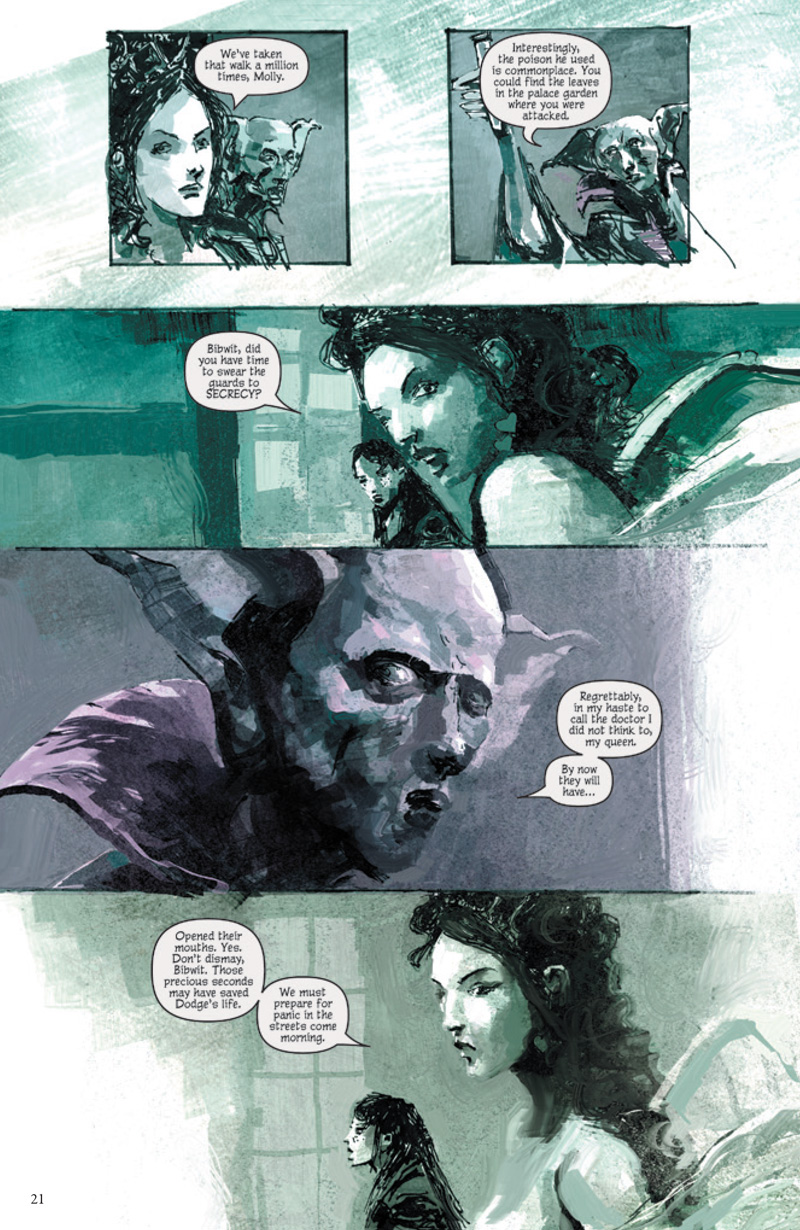 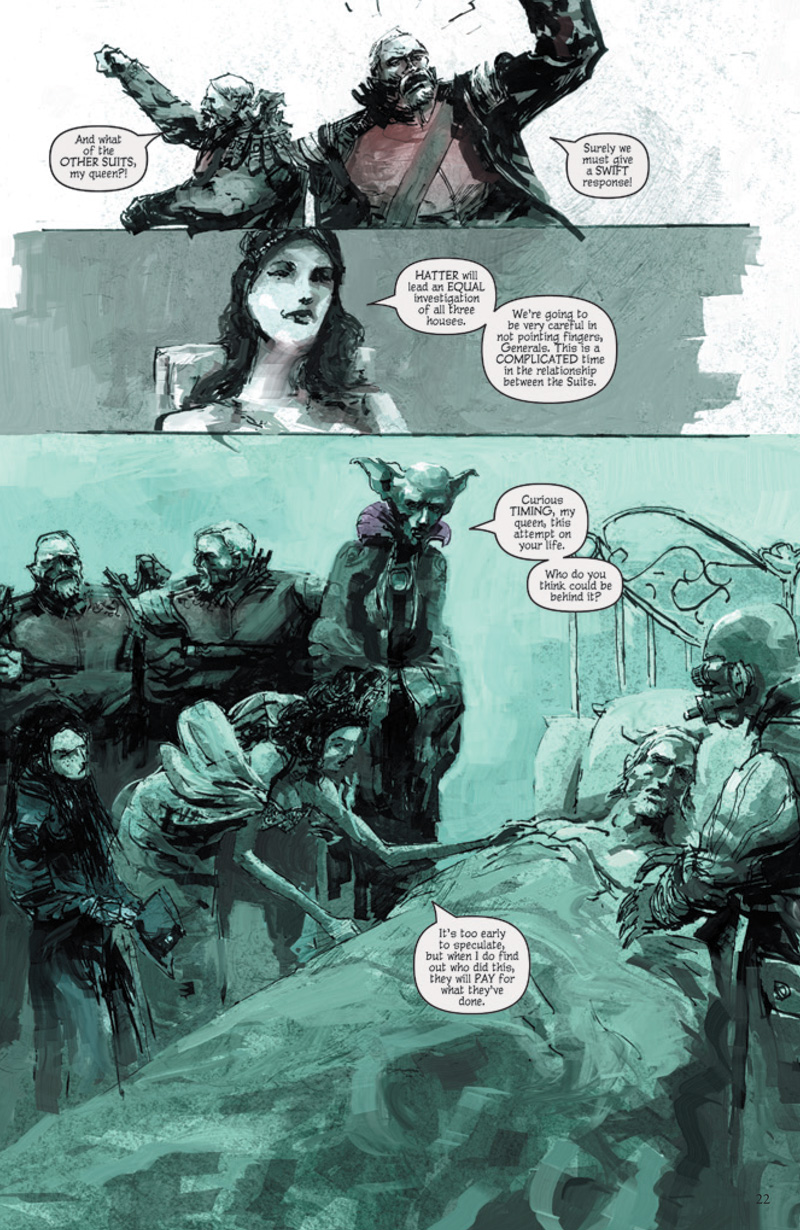