Writer Chris Dingess and artist Matthew Roberts will begin a new six issue story arc, “Sasquatch” in Manifest Destiny. The arc kicks off in issue #19 and will feature America’s most legendary monster.

Manifest Destiny previously took us deep into America’s heartland following Lewis & Clark’s expedition to the discovery of a civilization unlike any they – or anyone else on Earth – had yet encountered. They discovery pushed their men to the brink of mutiny.

“Sasquatch” kciks off as Lewis & Clark pick up the trail of the legendary Sasquatch, AKA Bigfoot. Dingess and Roberts also promise to reveal huge pieces of the series’ mythology by the arc’s end. 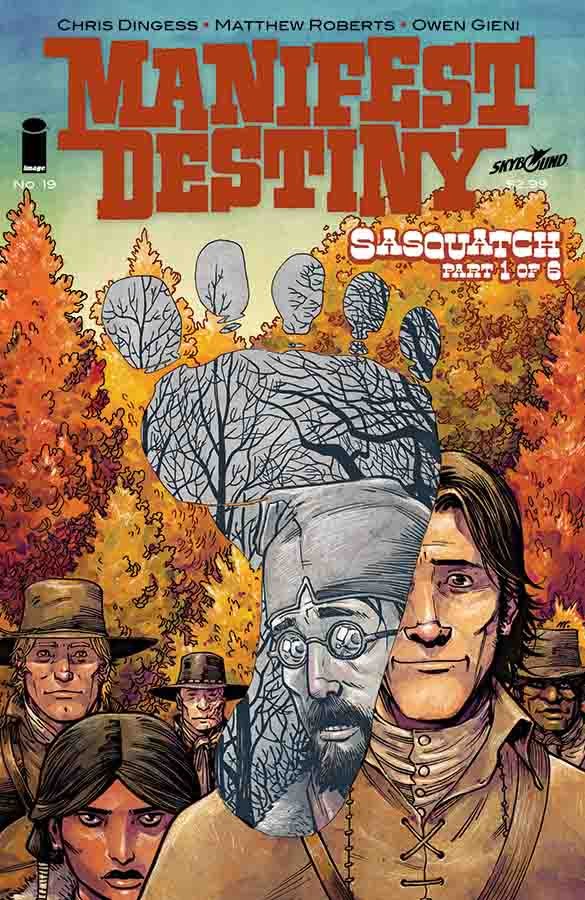 Cover A by Matthew Roberts and Owen Gieni 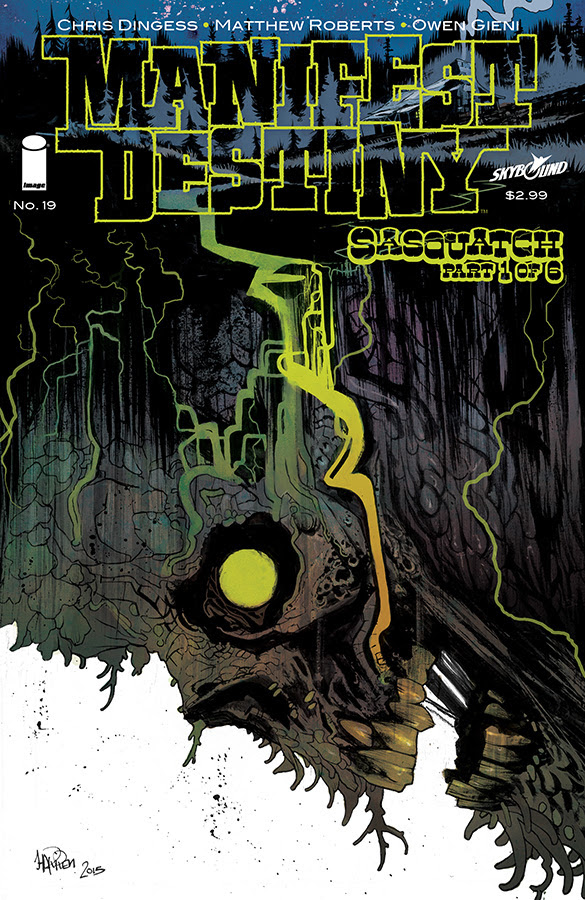 Cover B by James Harren