Marvel Entertainment and The American Cancer Society are proud to reveal the complete lineup of all-new variant covers to be released in September to commemorate National Prostate Cancer Awareness Month.

Throughout the month of September, the world’s most popular Marvel Super Heroes—Iron Man, Captain America, Captain Marvel, Thor, and the Avengers —will be featured on all-new variant covers with special light blue-colored costumes to bring awareness to one of the most common cancers among men.

“Working with The American Cancer Society, we learned that more than 2 million men in the US count themselves as prostate cancer survivors and it’s an honor to continue bringing awareness to further increase the survival rate,” said David Gabriel, SVP Sales & Marketing, Marvel. “We hope that all our fans take a moment during the month of September to educate themselves, as well as their loved ones, on how they can work with their healthcare provider on how to combat this disease.” 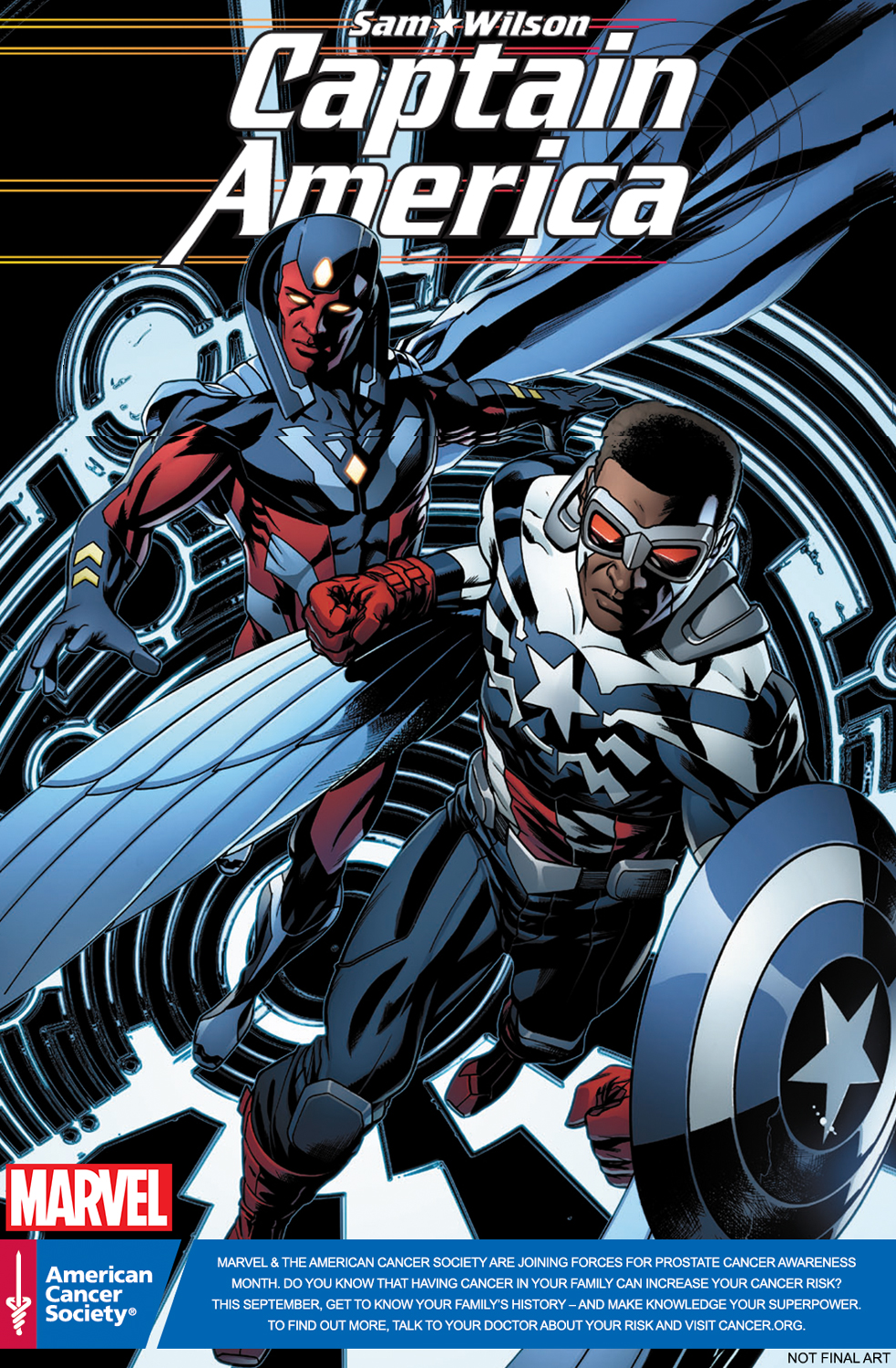 “The American Cancer Society is honored to be invited to work with Marvel to raise awareness of prostate cancer this September,” said Dr. Richard Wender, Chief Cancer Control Officer for the American Cancer Society. “This campaign will allow us to share critical information with Marvel fans on how to take positive action to ensure better health for both themselves and their loved ones.”