The posters showcase each of the main members of the Justice League including Wonder Woman, Batman, Flash, Aquaman, and Cyborg. You can see them below. Along with the posters DC Films informed us a new Justice League trailer will drop on Sunday, October 8, 2017. 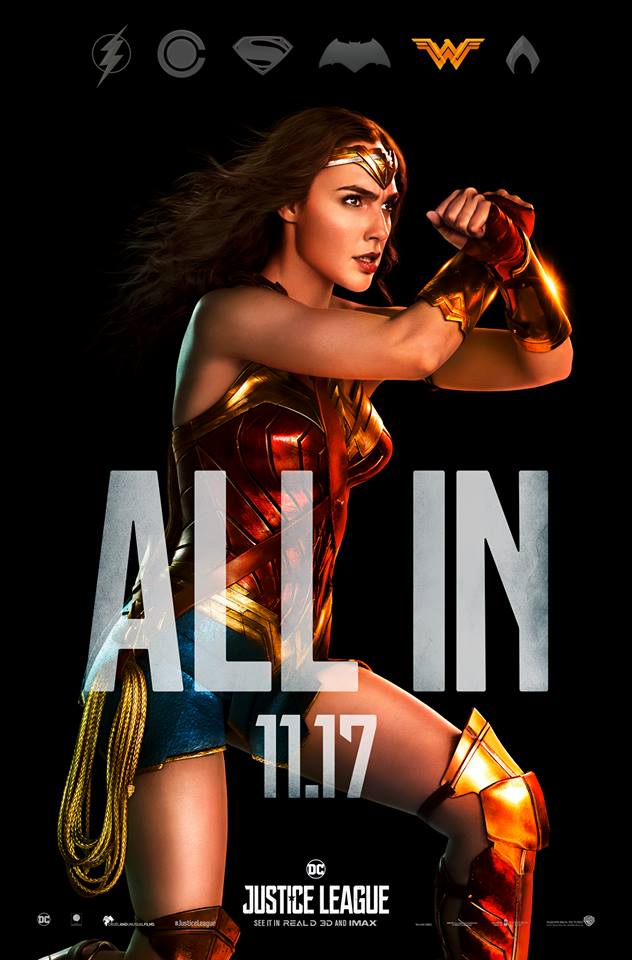 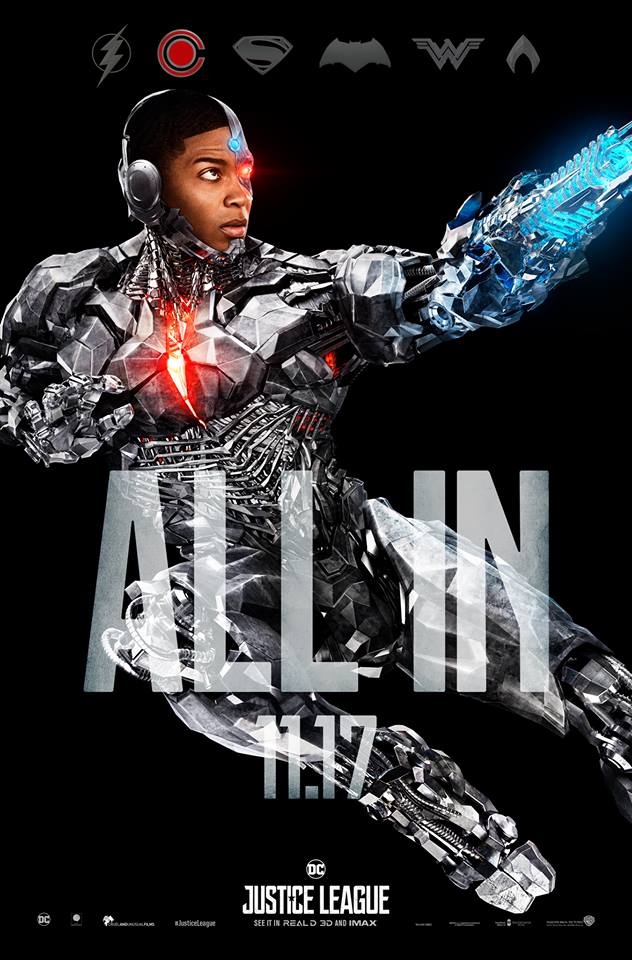 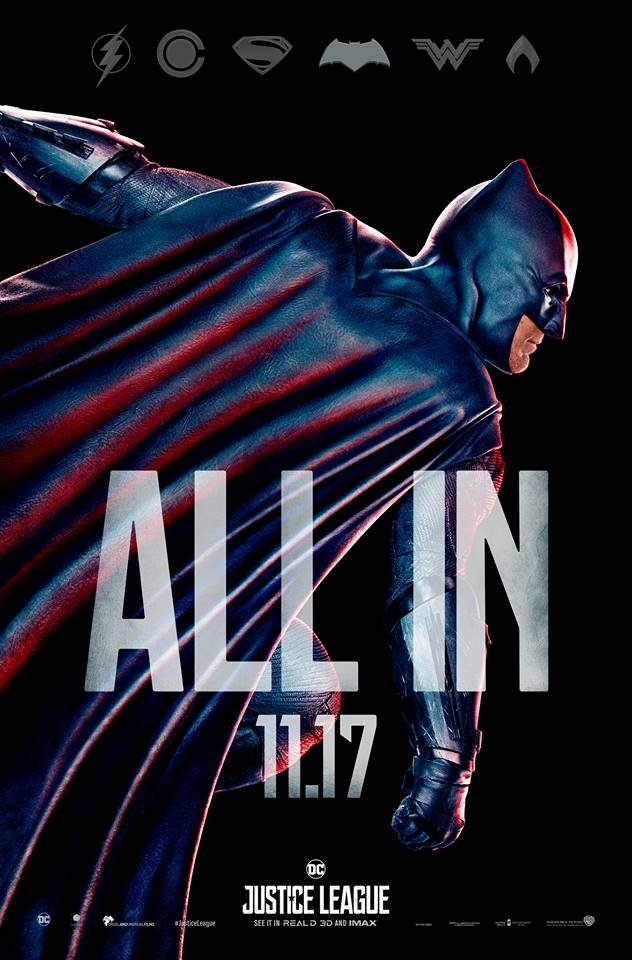 The #ALLIN hashtag is shared among each of the posters. Each member of the Justice League is also striking an iconic pose from Batman’s wall hanging to Wonder Woman’s double arm block. Another notable aspect of the poster is how each hero is represented by their symbol on the top of the poster. 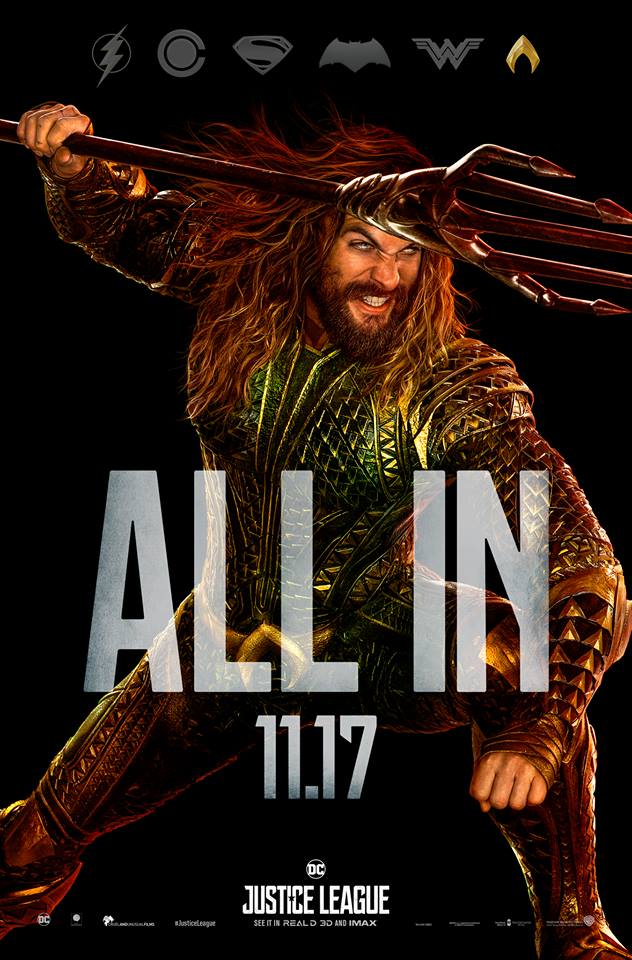 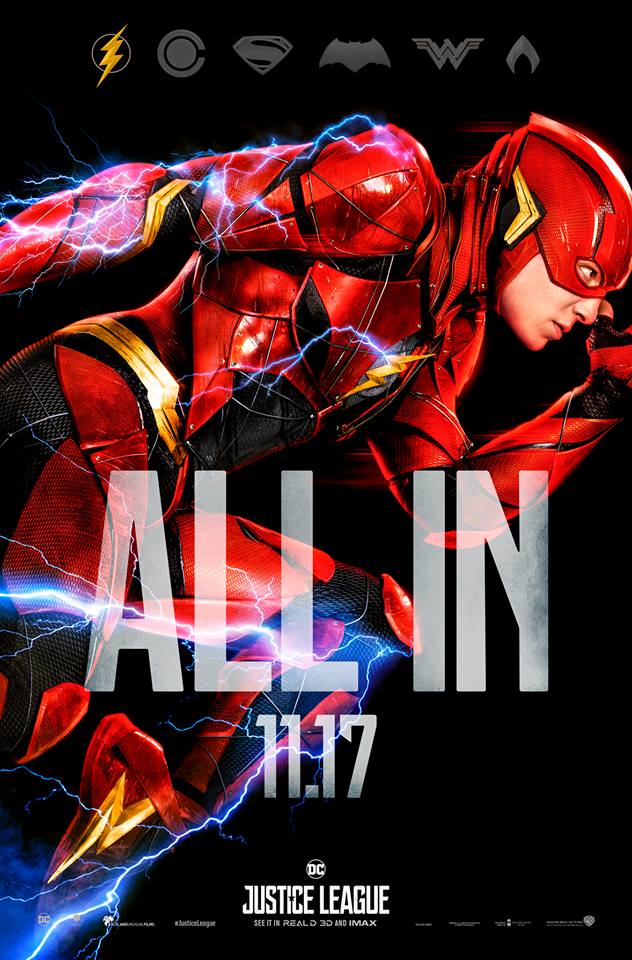 But there is one poster missing and that is Superman. You can see the Kryptonian symbol for hope at the top of each poster, his trademark “S.” However the Man of Steel is yet to be seen. So far there hasn’t been any solid photos of him to be released. DC has been quite tight-lipped on any photos related to the character so far. One of the many fan theories that was recently given even more credence due to an official merchandise description is Superman will appear in his iconic black suit armor.  We can expect it will be similar to what was seen in the Death of Superman comic story in the mid-90s.

Justice League will make it’s debut November 17th, a little more than a month away. We can expect even more marketing in the coming weeks as we draw closer to the premiere date. How do you feel about the posters? Let us know in the comments below!