Scrolling through your Facebook feed you can expect to be introduced to some interesting ads. It’s not often that you find one with both a message and a receiver in mind.

If you might remember many months ago the Chairman and former CEO of Marvel Comics, Isaac “Ike” Perlmutter, came out in support of Donald Trump. Because of this, he himself has come under criticism from those “resisting” the administration. But as you’re about to see, it seems that Marvel’s marketing team or at the very least one person in the marketing team has their own view of the President.

Check out this photo of a recent Marvel Sponsored Ad on Facebook below. 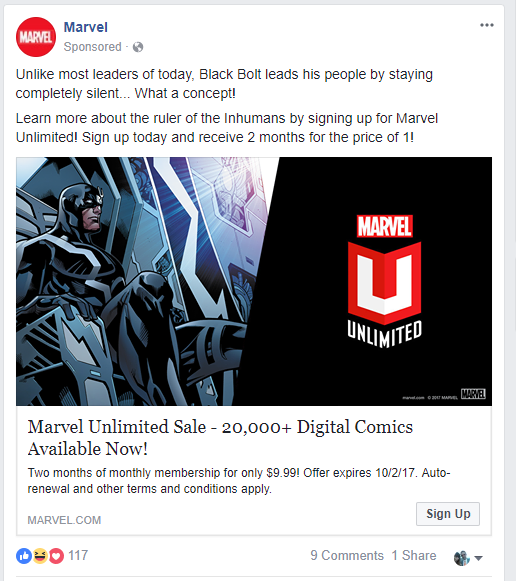 Unlike most leaders of today, Black Bolt leads his people by staying completely silent… What a concept! Learn more about the ruler of the Inhumans by signing up for Marvel Unlimted! Sign up today and receive 2 months for the price 1!

Black Bolt, king of the Inhumans in Marvel’s comic books and TV shows has a voice that can destroy planets so he stays silent at all times. 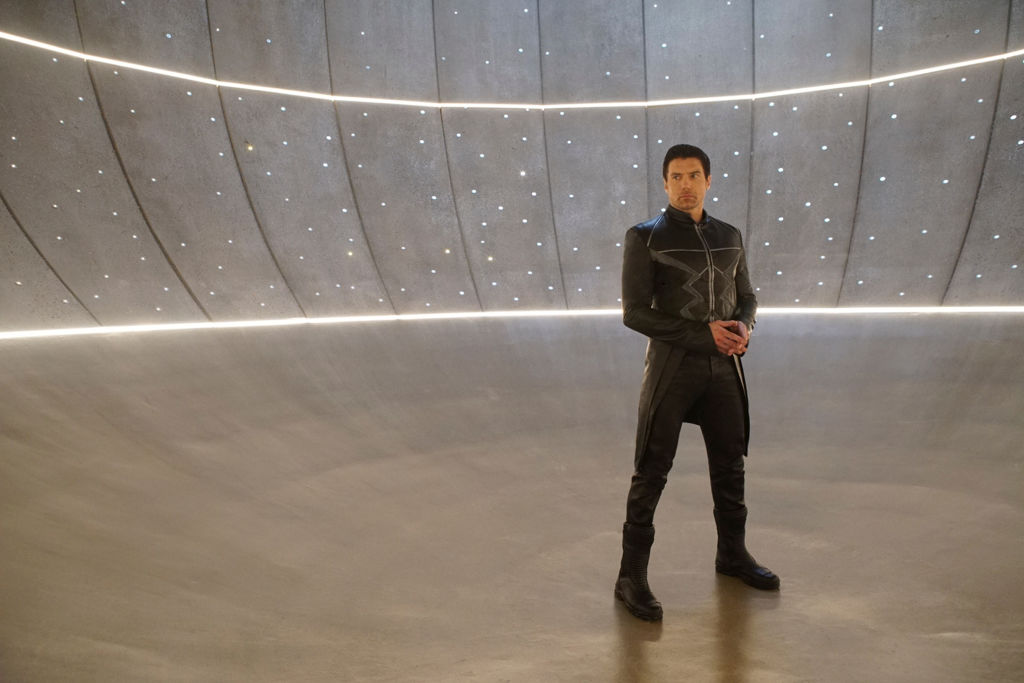 It’s a pretty clear jab at the current President’s fondness for using Twitter to directly speak to his followers instead of going through normal channels such as his communications team. Along with his active Twitter habit, President Trump also speaks his mind to reporters as well as at campaign and political rallies. Just recently the President inflamed a number of NFL players when he called for NFL owners to fire players who he believes are disrespecting America and its people when they protest the National Anthem.

It’s a habit that has come under fire more and more as of late. Regardless of who supports whom, it’s unsurprising that something like this has come out.

Even with Isaac “Ike” Perlmutter’s close relationship with President Trump, he hasn’t fired or gone after a single employee of Marvel for their views. Something that could be learned by many people. It’s a lesson that many on the anti-Trump side of the industry might want to learn if they wish to keep their readers. And just by taking a glance at recent comic book sales Marvel might want to learn fast.

What do you think, does the ad, add up? Let us know in the comments below!