Gotham co-executive producer Bryan Wynbrandt crushed our hopes about Jerome eventually becoming the Joker. He emphatically declared Jerome is not the Joker. They are two separate characters at this point.

Speaking to ComicBook.com Wynbrandt became the destroyer of dreams when he said, “Obviously Jerome is our homage. He’s obviously not the Joker himself, although he clearly seems to be the impetus that eventually creates the Joker. The more that we see him, the more he carves out his own path I’d say. I wouldn’t say he becomes more the Joker, but the Jerome character continues to evolve.”

This is a show about origin. Last year we paid homage to one of our favorite Batman stories, The Killing Joke. I think there’s definitely stuff within the canon that we as a room are more willing to be nimble with and more willing to go a different direction than the canon. For instance, the Penguin/Nygma love story. When it comes to Joker, he’s so iconic to the Batman character that it feels like we don’t want to get to Joker ever. Jerome feels like he is the origin of that.

I think we all tried to honor that as we moved forward with this character. While we know in the hearts of our fans, he represents The Joker. In our hearts, he is his own character. We really tried to think about that and stay true to that. Obviously Cameron [Monaghan], he’s just embodied the character in such an incredible way. I think that’s what makes him so exciting is that he’s not the Joker. He is Jerome.

While according to Wynbrandt, Jerome is a separate character from the Joker, he sure seems apt to adapt Joker storylines and put Jerome in them instead of the Joker. Wynbrandt even mentions The Killing Joke, but they also homaged Scott Snyder and Greg Capullo’s “Death of the Family” story arc where Joker recovers his preserved face.

I also don’t buy his reasoning for keeping Jerome separate from the Joker. It smells of hypocrisy. The character is so iconic to the Batman character that you don’t want to get to him? How does that make any kind of sense especially when you’ve pretty much used all of Batman’s other iconic villains like Penguin, Riddler, Dollmaker, and most recently Scarecrow. Are they not iconic to the Batman character as well? It’s not like Wynbrandt had any problem using those characters. 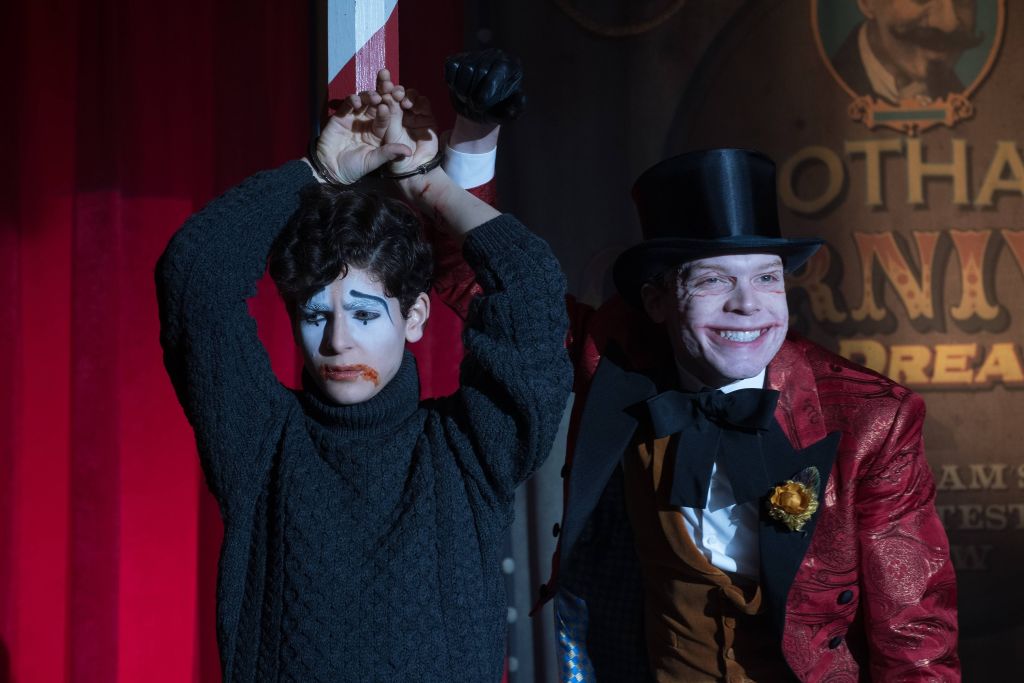 Jerome is the Joker of Gotham no matter what Gotham co-executive producer Bryan Wynbrandt has to say. The only way Wynbrandt would be able to truly prove his point would be to introduce the Joker, but he doesn’t seem to have any inclination whatsoever to do that.