Universal’s first venture into a cinematic universe with The Mummy may have missed the mark.

According to The Hollywood Reporter, Bride of Frankenstein has been removed from the release schedule. The movie was originally scheduled to hit theaters on Valentine’s Day, February 14, 2019. The movie was also set to be a part of a larger “Dark Universe” that involved Universal’s classic monster line up. The line-up included Frankenstein, the Invisible Man, Dr. Jekyl and Mr. Hyde, and last summer’s The Mummy.

Universal released the following statement removing Bride of Frankenstein from their release schedule:

After thoughtful consideration, Universal Pictures and director Bill Condon have decided to postpone Bride of Frankenstein. None of us want to move too quickly to meet a release date when we know this special movie needs more time to come together. Bill is a director whose enormous talent has been proven time and again, and we all look forward to continuing to work on this film together. 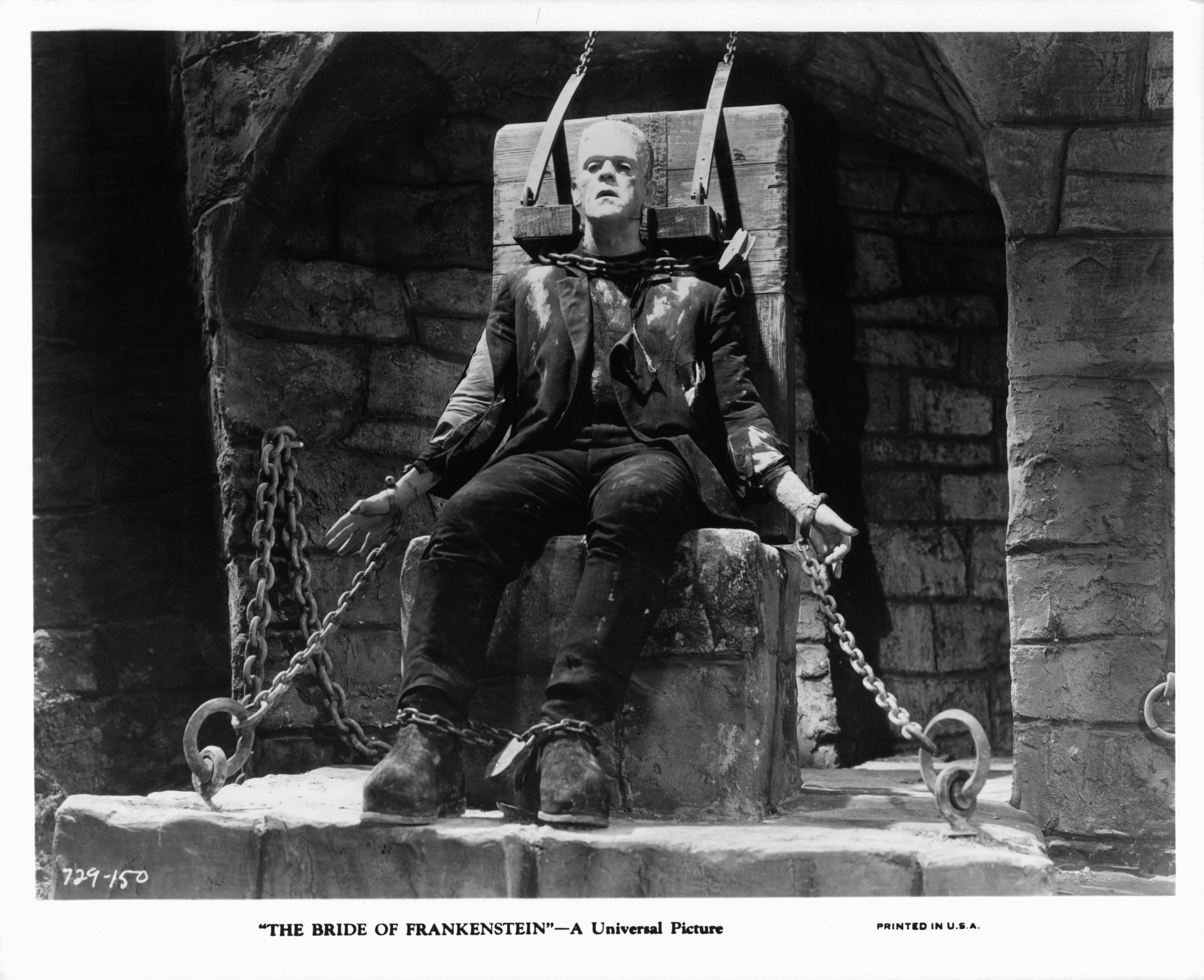 Boris Karloff chained down in a scene from the film ‘Bride Of Frankenstein’, 1935. (Photo by Universal/Getty Images)

Condon recently spoke about the project with Collider where he described it as turning “everything on its head” when compared to James Whale’s classic film. He went into further detail:

This is Eve before Adam; the bride comes first. So in its own way — you know, we all know the Bride only exists for 10 minutes in the Whale movie. She’s there and the movie’s over. So I keep thinking [it’s], in a way, at least a tribute to what Whale might have done if he’d made a third Frankenstein movie and he’d done it in the 21st Century.

The Mummy pulled in an underwhelming $80 million in the domestic box office. It faired much better internationally with a gross of over $327 million. Trying to use a single movie to launch an entire universe, especially one as large as this wasn’t a good idea. They might be re-thinking the formula they will use for Dark Universe.

There are other films still in the development stage such as, Invisible Man, which will star Johnny Depp, and a Dr. Jekyll/Mr. Hyde movie starring Russell Crowe. Universal’s gamble may not have paid off on its first bet with The Mummy, but it looks like they’re not ready to fold their hand just yet.

Bill Condon is still set to direct the reboot of the 1935 classic Bride of Frankenstein that sees Javier Bardem playing Frankenstein. Angelina Jolie is also still in talks to join the film. They do have a writer in Mission: Impossible scribe David Koepp.

What do you think? Is this a good sign that Universal is looking to correct course? Or are they set to drop the ball again? Let us know in the comments below!