President Donald Trump has disappeared. No one knows what has happened to him, but it’s quite possible one of his main global political rivals is behind the disappearance. No, it’s not Hillary Clinton or Vladimir Putin. It’s North Korea’s Kim Jung Un! 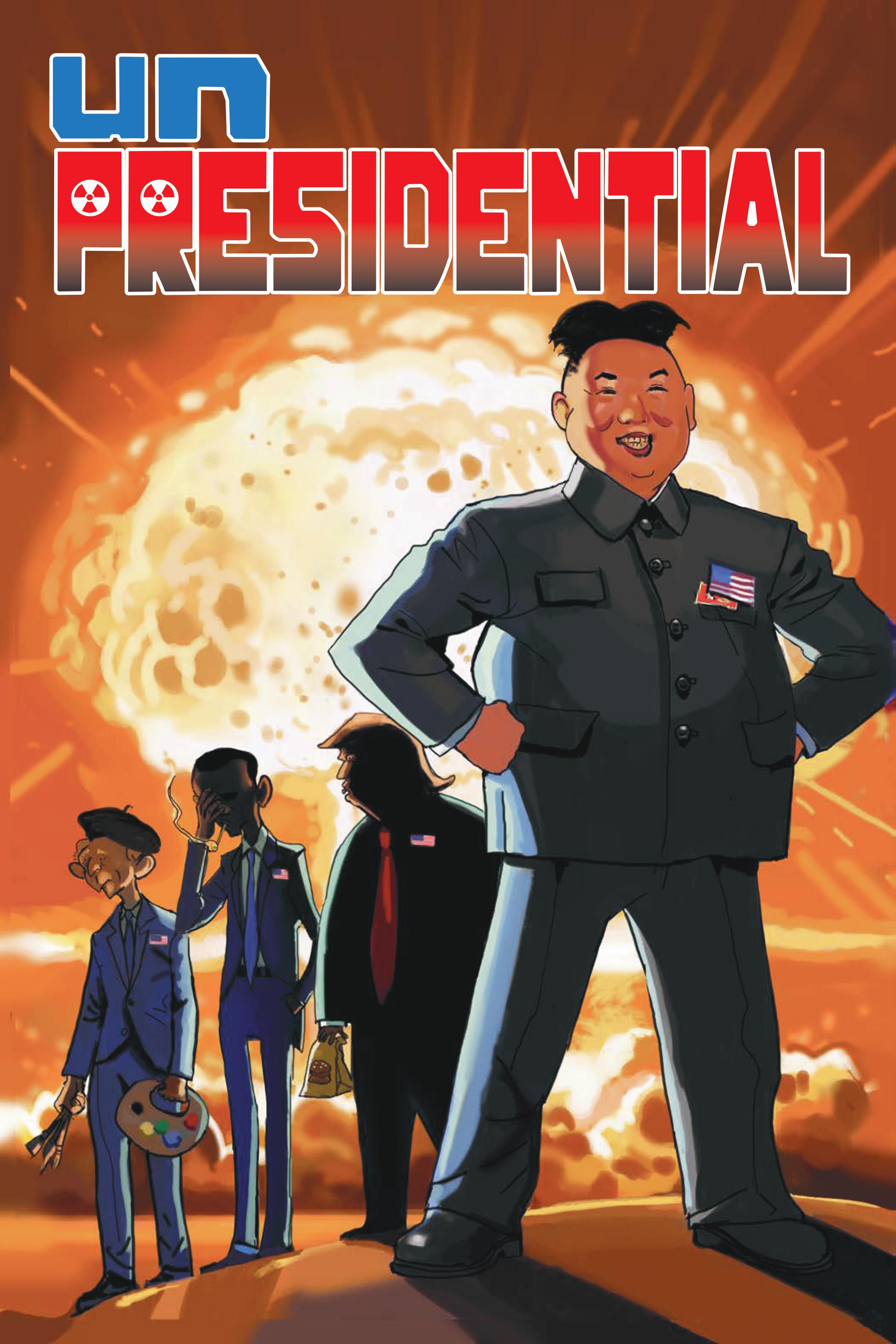 The little Rocket Man who fiercely controls the communist country of North Korea is taking his brand of politics to the United States. Due to a loophole in the U.S. Constitution, Kim Jung Un will provide America what it needs: a candidate who isn’t crooked or low energy, and is neither on the left or right by American political standards. He comes from a strong family of leaders, he’s got plenty of experience, and the most important attribute of all, he’s not afraid to push the button!

In a rushed special election, Kim Jung Un enters the fray, defeats all of his opponents and becomes the new leader of the Free World. 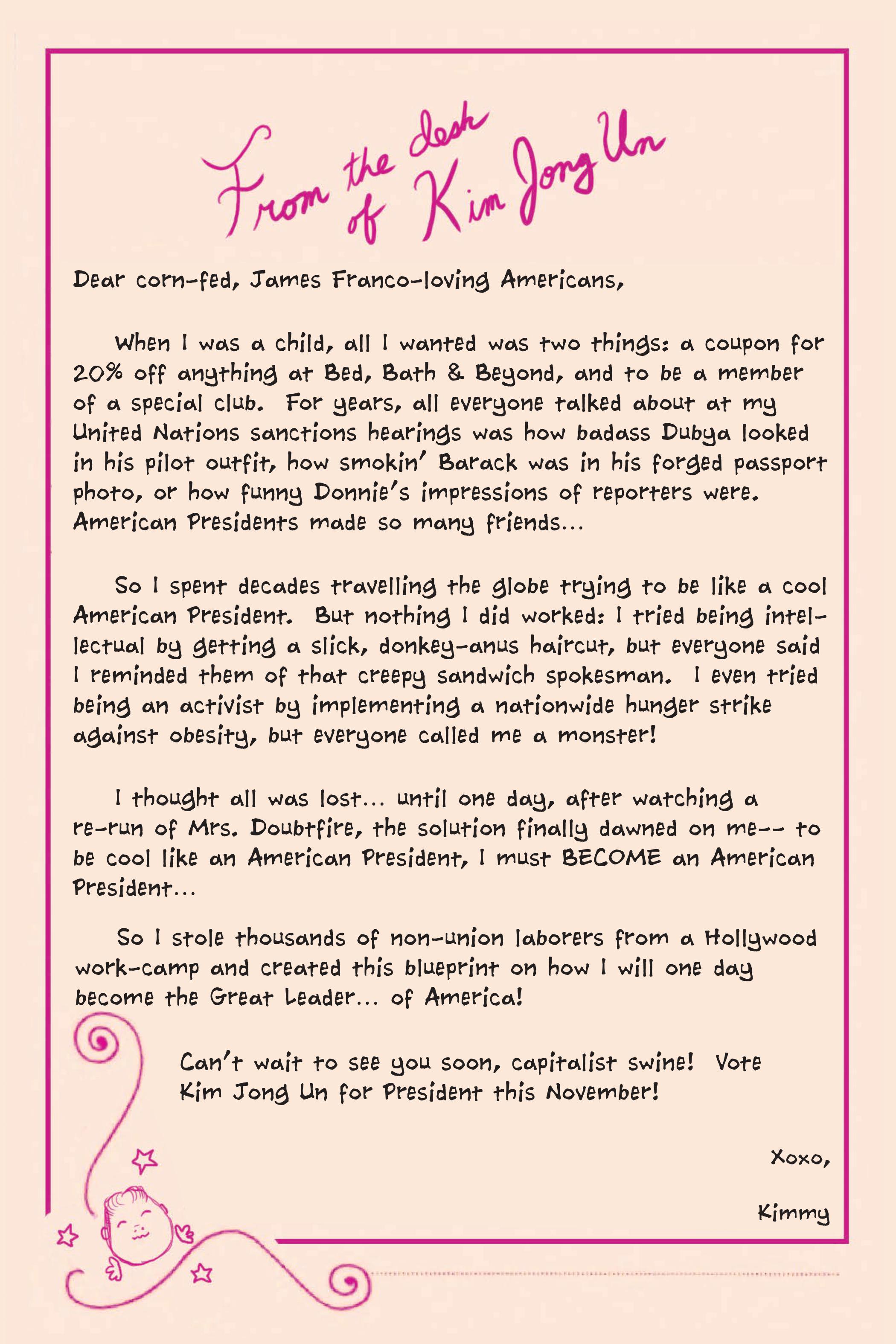 That’s the gist of the new graphic novel, UnPresidential written by Man vs. Rock scribes Kevin Bieber and Victor Reynolds with art by Jeremy Labib. The book debuted this past weekend at New York Comic Con and was so popular it sold out of all 300 copies on the first day!

“UnPresidential is the book for everyone who buys Hillary Clinton’s What Happened, but doesn’t have time to read it,” said writer Kevin Bieber. “It’s the perfect book for everyone who wants to read a thoughtful and insightful look at the future of our political system but ends up channel surfing 1980’s action movies instead.” 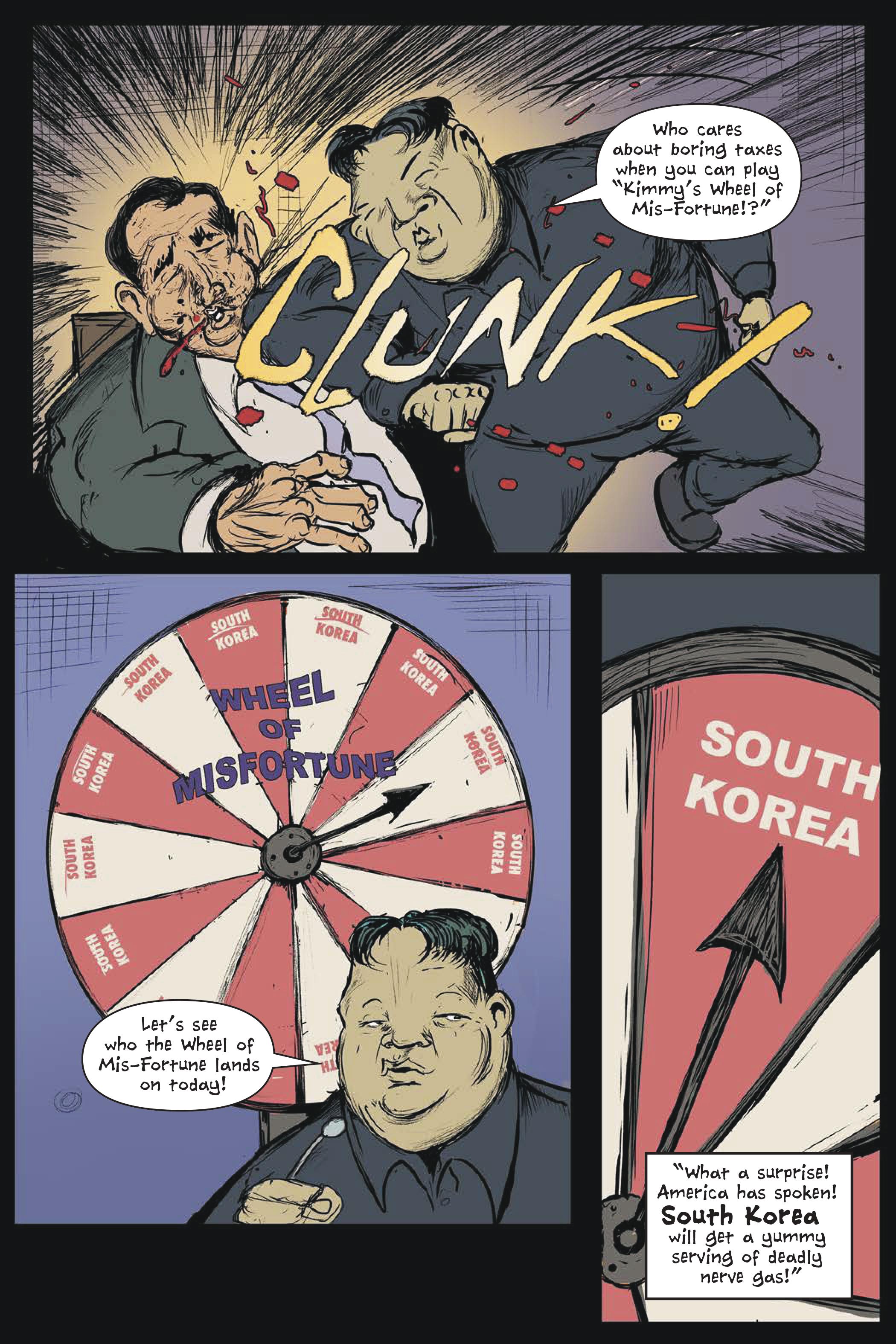 “The book is still weeks from publication, and already One Million Moms won’t return our calls,” added writer Victor Reynolds. “We know if they just give this book a chance, they will be offended. Whether you were with her or wanted him to build a wall, UnPresidential will make your jaw drop.”

If you weren’t able to get a copy at New York Comic Con, the book will be available through Amazon, Barnes & Noble, and Books A Million on November 21st courtesy of distribution from Z2 Comics. The book is published by Man vs. Rock.