The CW’s DC shows could use a shot in its arm with their lower than expected ratings after their season premieres. None more than Supergirl which is still seeing a reduction in audience size.

It wasn’t that long ago we found out, we were going to see a major crossover event featuring all of the major heroes in the CW’s Arrowverse. Everyone from The Flash, Legends of Tomorrow, Supergirl and of course the Arrow was going to come together for this major event. However, there wasn’t much outside of the schedule crossover dates.

Now, we know the event is being called Crisis on Earth-X and we got our first look at Supergirl’s evil counterpart, Overgirl. Take a look a below! 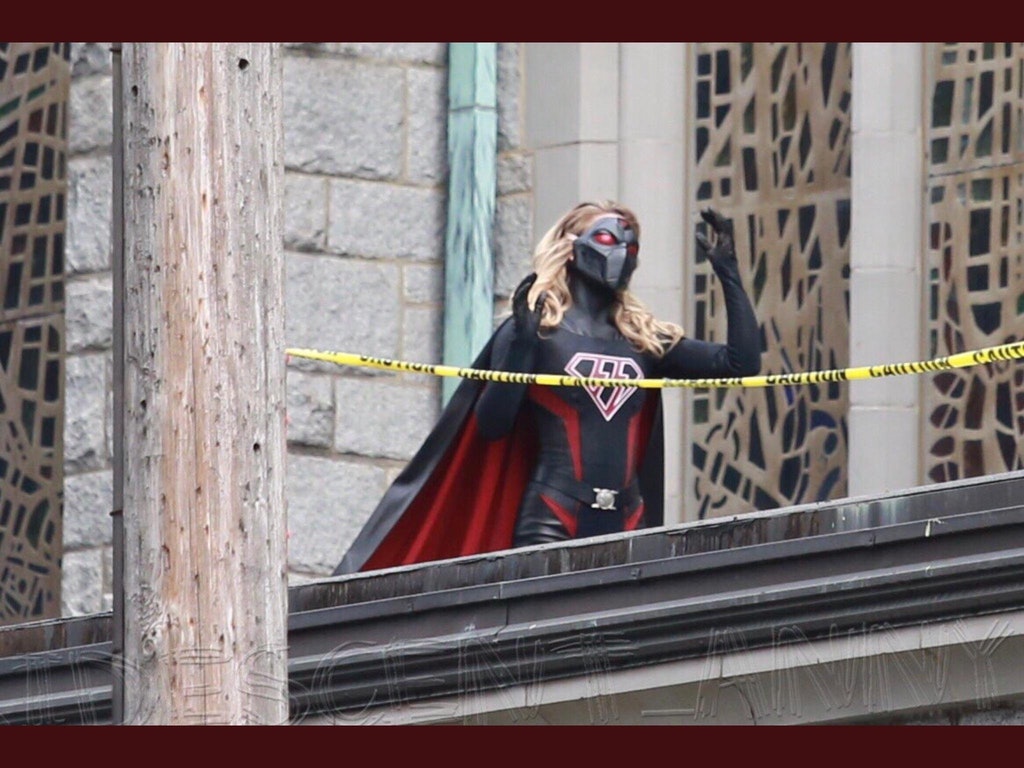 In Crisis on Earth-X the combined forces of the Arrowverse will do battle with Nazi villains from another reality, one where the Nazis were victorious in the second world war.

In the photo, we see Overgirl (Supergirl’s Nazi doppelganger) in full custom and ready for battle. We can see her SS logo on the chest instead of the House of El’s famous S fans are accustomed to seeing. Another thing you’ll notice is the mask on her face. Her costume is pretty close to what has been seen in comics in the past. It’s unclear if Melissa Benoist is in that suit. We do know that she will be providing the voice for the villain.

Overall the costume looks great and really sets the tone for the character who embodies a Nazi version of Supergirl.

What do you think. Is the first look at Overgirl exciting? We can only wait as more of the Arrowverse’s evil doppelgangers slowly are revealed. Are there any other ones that you will be looking forward to? Will this crossover event be what the CW universe needs to get back on track?

Let us know in the comments below.