Batman: The Devastator #1 is a visceral and explosive read. The most action-oriented tie-in to Dark Nights: Metal features a Batman infected with the Doomsday virus. For some unknown reason, the Superman of Earth -1 went crazy. Be it a different infection, a whisper in his ear, who knows? Cleverly avoiding the question, writers Frank Tieri and James Tynion IV are able to better focus the story on the character at hand. At the same time, they pepper in clues to how this entire event is playing out. Now that the tie-ins are coming to a close the story is coming together in one massive landscape of ridiculously awesome art. This time by the incredible Tony S. Daniel. 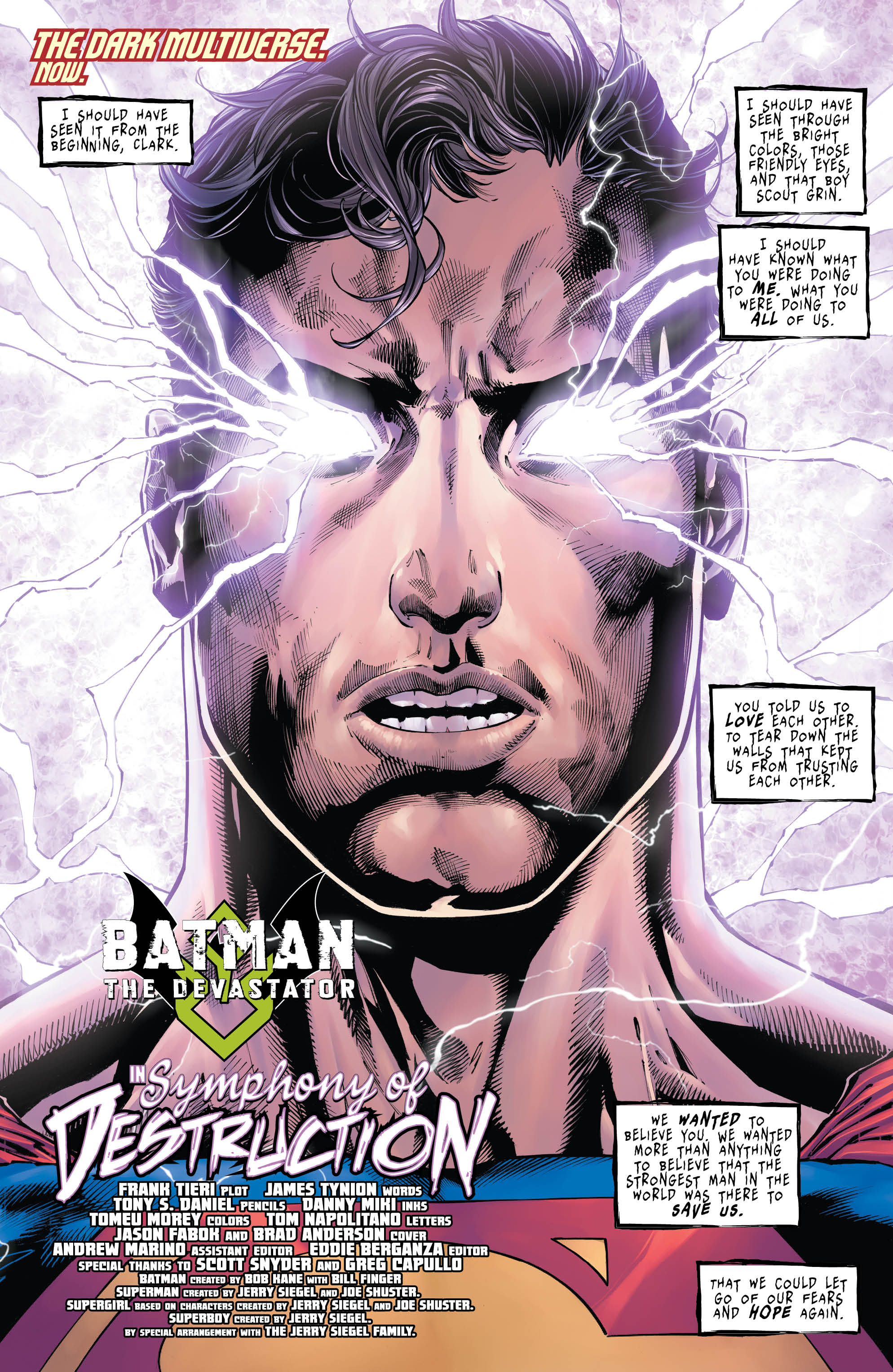 Only a brief amount of time is spent on the Dark Universe. Unfortunately, this doesn’t leave a lot of time to spend providing backstory to this monstrosity of a Bruce Wayne. Tieri and Tynion spend more time introducing significant aspects to the overall plot of the series. This Bruce’s Doomsday virus is contagious, and Metropolis is about to find out.

The Time has Come

Literally every one of the character-focused Dark Knights: Metal tie-ins have been bleak but incredibly entertaining. Batman: The Devastator #1 is different, slightly; but it provides the same amount of entertainment. Each of the Batman’s have plans for the city of their respective Justice League member. Devastator has set his sights on the infected Metropolis. While a small contingent of superheroes arrive to stop him, their success seems unlikely. Tieri creates a hefty amount of drama for the small number of pages. There is now a ticking clock to this overall story. Something that’s been lacking from the now 3-months old event. 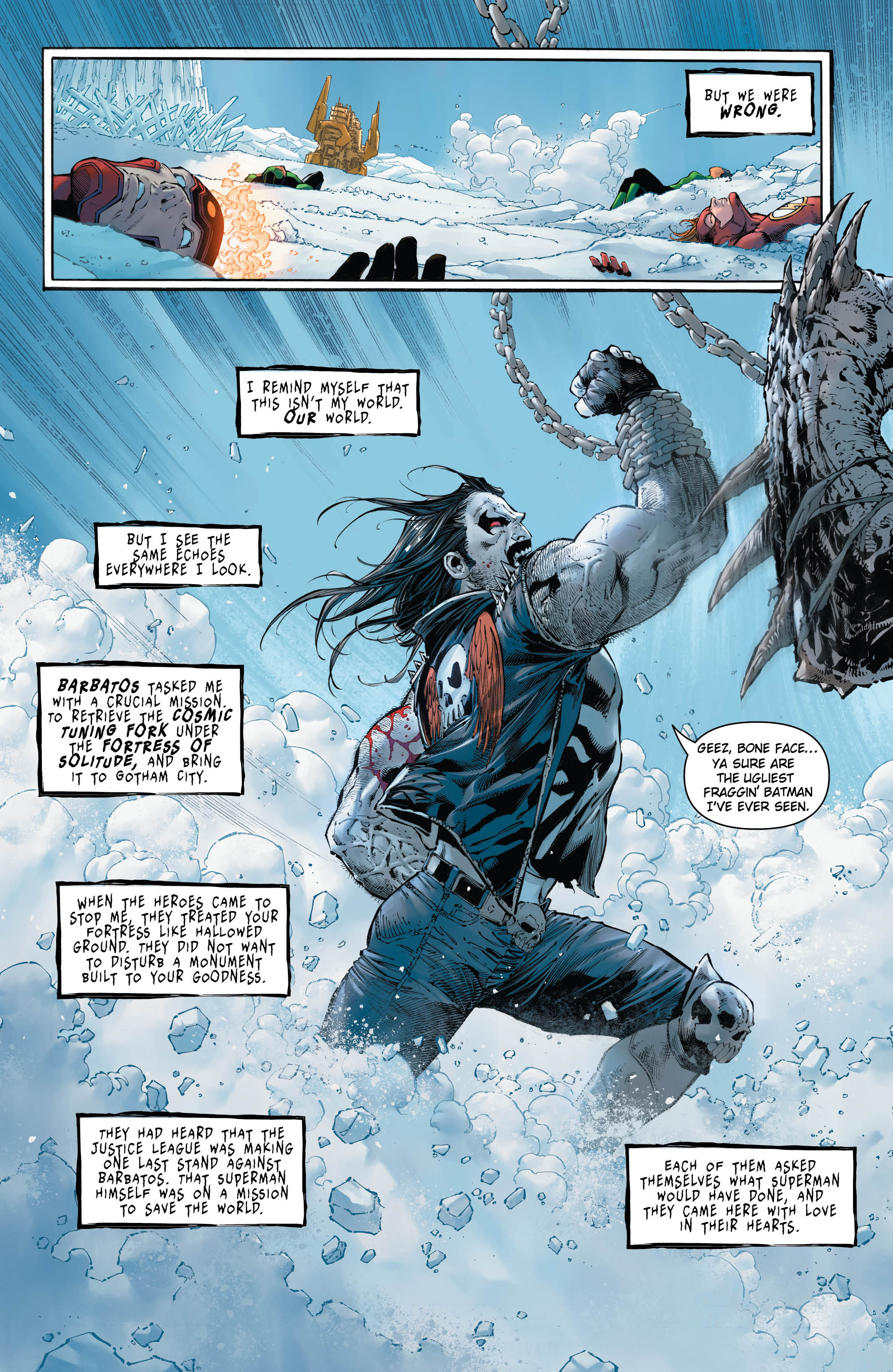 Tieri spends less time in his Batman’s original world than any other writer. However, this is probably on purpose. There are several ideas and motivations that are glossed over subtly. The Batman Who Laughs has continued to sprinkle confusing details throughout these comics and continues to do so here as well. Their importance to each installment is minimal, but the implications they could have for the larger story are substantial to say the least.

Tony S. Daniel is one of the best in the business. Any one artist who helped contribute to Grant Morrison’s Batman run is legendary in their own right. The fact that Daniel drew Morrison’s famous iteration of the Zur En Arrh Batman only solidifies his status. His work in Batman: The Devastator #1 is no different. His figures are remarkably detailed and his action is incredible. 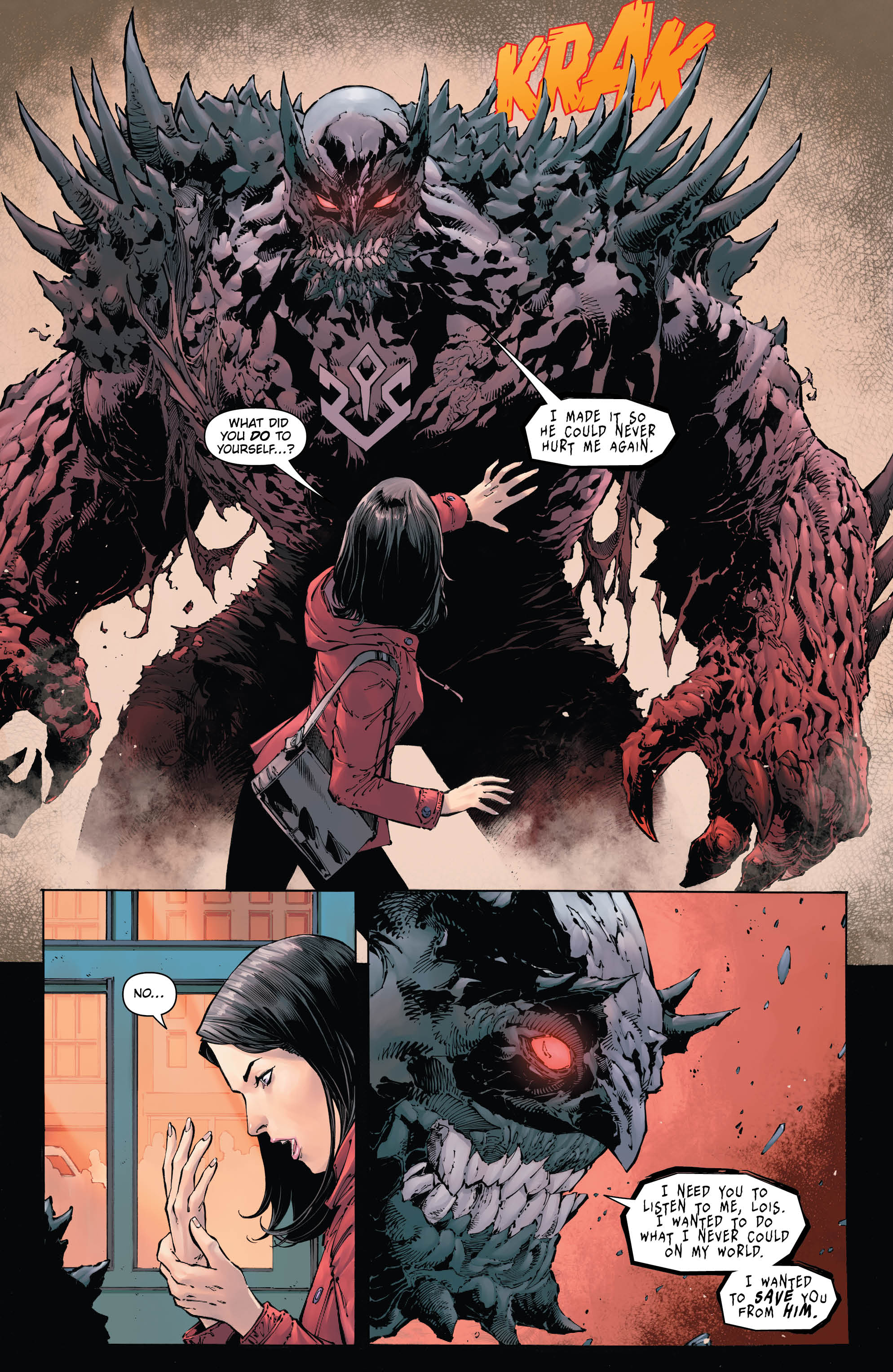 The fact that he was assigned to the more “brutish” of the Dark Knights is no accident. His contributions to the “Superman: Doomsday” event and “Superman/Wonder Woman” series is some of the best art of the New 52 era. Some of his panels can even give Jim Lee a run for his money. Any comic he graces with his pencils is worth picking up. The inks provided by Danny Miki and the colors by Tomeu Morey perfectly compliment Daniel’s work. It’s no surprise that they’re some of his usual suspects.

And then there was one. Now that there’s only one Dark Nights: Metal Batman on-shot tie-in left, the event is starting to come to a close. However, it’s not a quiet farewell, but an exciting hurrah. Frank Tieri and James Tynion IV partner together on the most action-filled entry into the story yet. The doomsday brought down by this Bruce Wayne is a devastating and destructive whirlwind that ends all too quickly. Hopefully more time will be spent with the most logical Dark Knight of the entire story.

The evil and malice brought down on the world is rendered beautifully by DC regular Tony S. Daniel. For over a decade he has been one of the most successful artists in the industry, and with good reason. His work takes a while but it’s because of it’s exquisite detail and intense action. Considering the massive size of the protagonist and villains within its pages, Batman: The Devastator #1 couldn’t have found anyone better for the job.