A King and his Crown

In an interview with ComicBook.com, Jason Momoa revealed a few marvelous details about 2018’s Aquaman. The film, directed by Saw and The Conjuring’s James Wan, is DC Films only film next year. Now that a few details are coming out about it, expect more details and an eventual trailer to start to trickle out of the studio.

Momoa went into detail about the story, tone, and plot of the film. He talks about where the character starts in Justice League. “If Justice League is like seeing him at his lowest, and not just his lowest, but this loneliness that I wanted about him, so when we get to Aquaman you know why he became that, and how he had been put in that lonely spot.” An interesting but important note for the character. Arthur Curry is a loner. He’s spent his life being torn between worlds. Now that he’s been discovered, his presence on the team will help build him into the character readers know and love.

He goes on to talk about bridging two worlds with one story. “Because you’re going to see this ocean world, which we just pollute, and how do these people feel underwater with what the land does to the ocean. And this war that is going to come between the two, and I’m the only one that can link the two. He has to do it. He doesn’t want to do it.” It’s wonderful to hear about their approach to the story. They are focusing on key elements like tension, character, and conflict. That’s exciting enough to hear considering the inconsistency of the DCEU.

The DC Films slate has had trouble with some aspects of their storytelling so it’s incredibly heartening to hear Momoa talk about focusing on so many wonderful details. He then goes into great details about the production, “Surpassing Justice League, this moment in time is his call to become king. The only thing that can save Atlantis is me fighting my own brother. There’s a big battle, and there’s an epic [fight]. It’s also a big road movie, because we travel all over the world. It’s got that Star Wars quality of gigantic ships and guys riding sharks.”

The brother he’s talking about is the Ocean Master, Orm. He’s clearly going to be an important character for Arthur, if not the antagonist for the entire film. It’ll be an interesting turn for one of James Wan’s usual suspects, Patrick Wilson. He typically plays virtuous, everyday characters. To see him chew his teeth with a villain is promising to say the least.

Finally Jason Momoa goes on to say the most important point of all, “It’s going to be this whole world you’ve never seen before.” 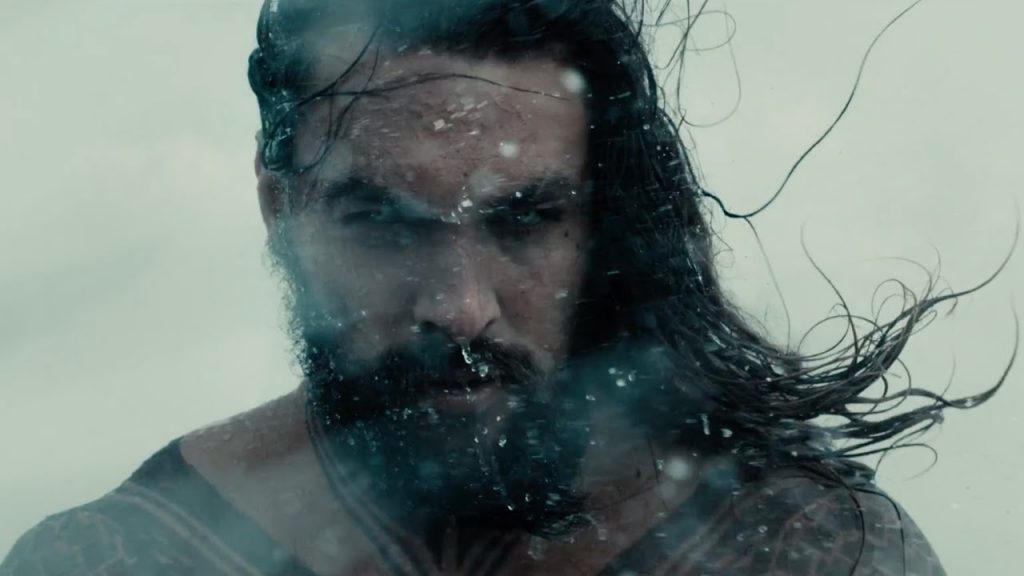 What Does it All Mean?

There’s plenty to dissect from Momoa’s statements. The production is investing in world-building, which is exactly what Atlantis and Aquaman need to stay afloat.  The first of which is the most important: world-building. Atlantis is a brand new landscape for any superhero film to explore. The depths of the ocean remain mysterious to mankind and blockbuster movies. It’s exciting to finally explore a completely new experience. Arthur Curry is, or will be, King of a Kingdom that is entirely new to audiences. It will need to be shown in great detail if people are going to accept a story set under the massive waves of the ocean.

When Jason Momoa refers to a “Star Wars quality” he may mean a few different things. Whether or not he’s talking about the literal quality of the film is unsure. What he’s most likely referring to is the size and scope of the Star Wars world. The fact that there are many facets to life in that Universe, and they all feel “lived in.” It feels like all of the creatures or robots or aliens in the Star Wars world belong there. Atlantis needs to have the same tone. If there are “giant ships” and “guys riding sharks” audiences will need to be convinced that it’s all real.

While the more excitable details of Momoa’s quotes may be about ships and sharks, the best reveal is in the approach. He and the production team care deeply about the story their telling. They care about Curry’s redemption and they care about Atlantis. The key to making any story is to first understand the character being thrown into it.