BOOM! Studios and WWE announced that in addition to featuring the Women’s Revolution storyline in WWE #14 it will also kick off a four-part bonus story chronicling the rise of WWE Superstar Asuka. 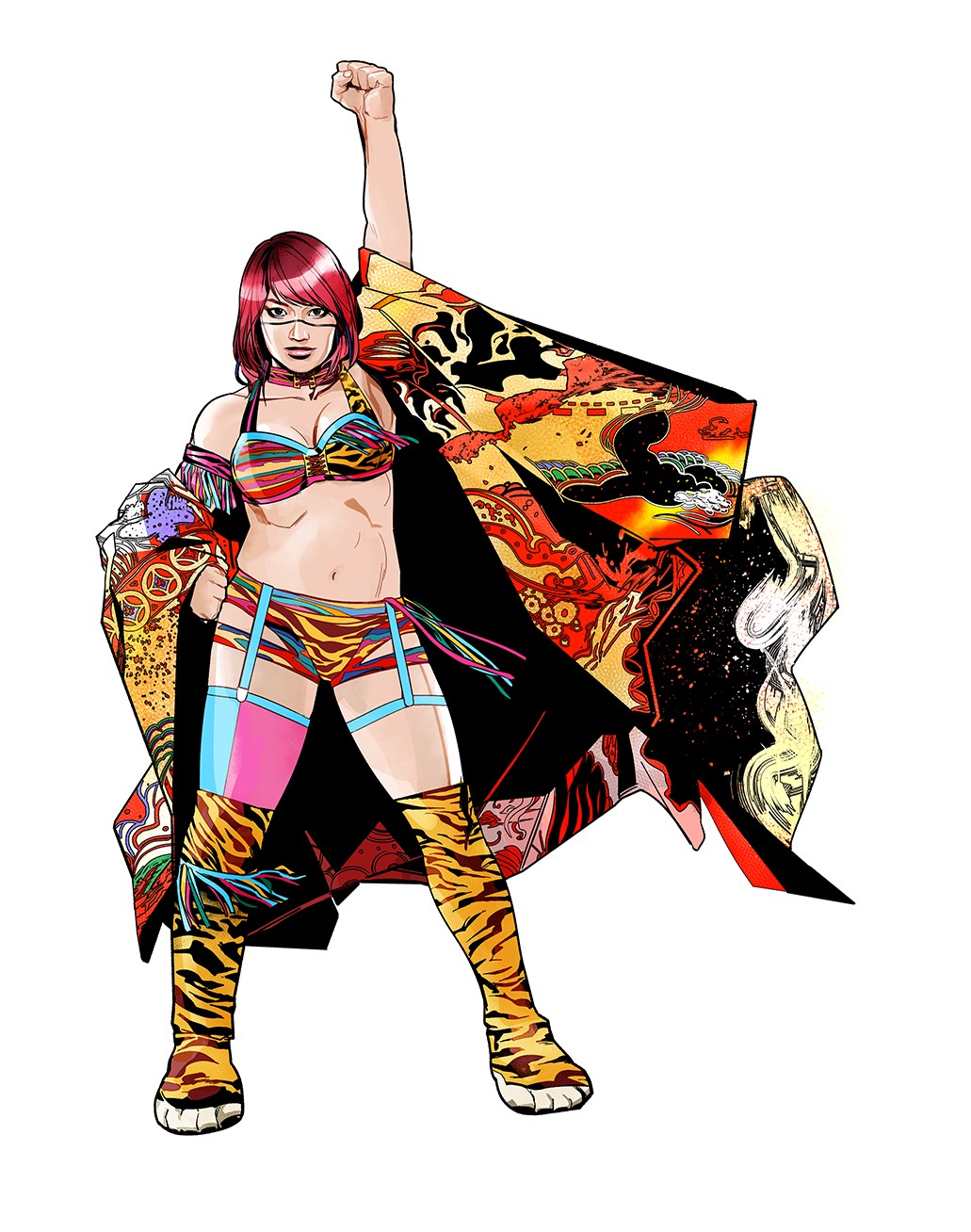 Written by Tini Howard (Mighty Morphin Power Rangers: Pink) and illustrated by Hyeonjin Kim (Sisters of Sorrow), the four-issue story arc will highlight Asuka’s entire WWE career thus far, from her rise through the ranks of developmental territory NXT – where she reigned supreme as the undefeated NXT Women’s Champion for 510 days, making her both the longest reigning champion of any kind in modern WWE history as well as the owner of the longest undefeated streak in WWE history – to her highly anticipated main roster debut on WWE’s Raw brand.

“My story follows Asuka from her debut in NXT to RAW where she is today,” says writer Tini Howard. “I can’t help but love Asuka—she’s a larger-than-life character that has captivated the WWE Universe around the world.”

“Nobody is ready for Asuka—in the ring, no one can match the powerful ‘Empress of Tomorrow,'” artist Hyeonjin Kim says. “It’s a thrilling experience to be able to draw her sheer force on paper. I hope the readers can feel the action.”

Of Asuka’s unparalleled career, BOOM! Studios Associate Editor Chris Rosa said, “It’s been a long time since we’ve seen a Superstar start their career with an undefeated streak that spanned over one hundred matches. Once Asuka’s debut on the Monday Night RAW roster was announced for TLC, it was clear the time was now to tell her story, and Tini and Hyeonjin are the perfect team to do it.”

Are you looking forward to the release of WWE #14? Share your comments below!