Holland reveals the poster in what he describes as an unboxing. He takes the poster out shows it to the camera multiple times before he pulls out a hand-written letter from cast member and Incredible Hulk, Mark Ruffalo.

As Holland begins to read the letter we get a good look at the piece of paper the letter is written on. It clearly reads “Marvel Studios. CONFIDENTIAL. DO NOT SHARE.”

However, Holland being the excellent actor that he is, doesn’t seem to notice the message and reads off the letter from Ruffalo, “Hi Tom, I’m so excited to be working with you on Infinity War. I thought you’d like to be the first to see the poster for the movie. Enjoy, Mark Ruffalo.”

Once he sees the other side of the paper. He quickly ends the livestream. 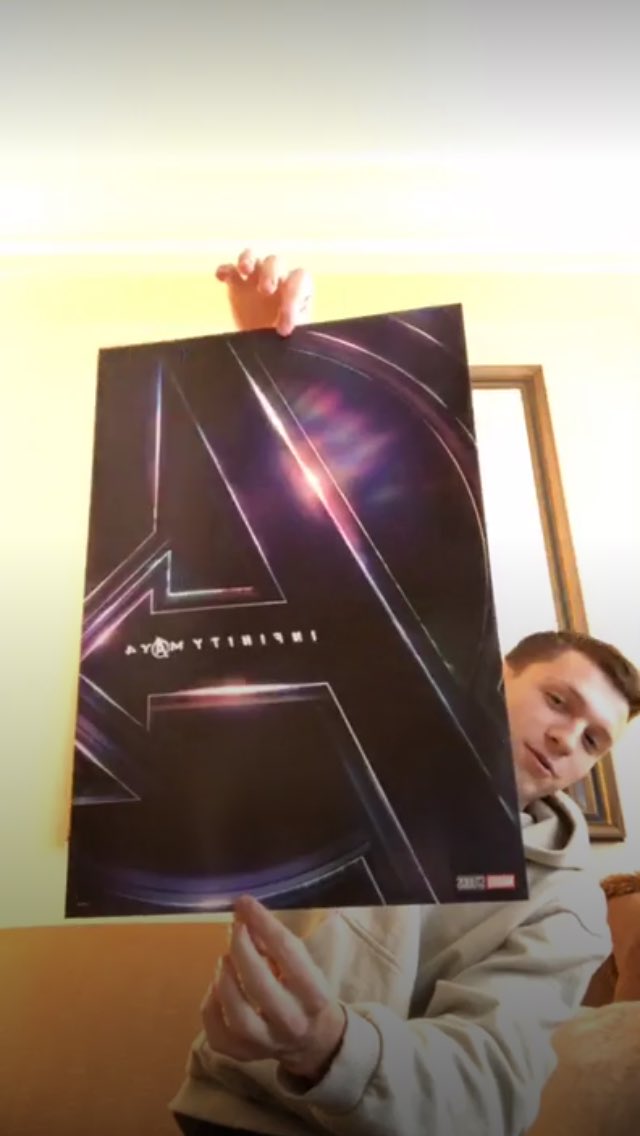 While the poster isn’t as exciting as the previously released version featuring a number of the Avengers with Thanos front and center, it’s still a fun way to get us even more hyped about Infinity War!

It also continues the hilarious antics of Mark Ruffalo, who is known for spoiling/revealing supposedly confidential information when he isn’t supposed to!

The Avengers: Infinity War trailer drops tomorrow, November 29 and the film is scheduled to hit theaters on May 4, 2018. We will get to finally see Thanos in all his glory as he finally puts himself to play in the deadly Infinity War against the Avengers, Team Cap, Team Tony, the Revengers, the Guardians of the Galaxy, and most likely the entire nation of Wakanda depending on what happens in the upcoming Black Panther film.