Titan Comics announced they will publish a Bloodborne comic book series based on the popular video game series from JAPAN Studio and Fromsoftware.

The new series called Bloodborne: The Death of Sleep will be written by Ales Kot (Generation Gone, Zero), with art by Piotr Kowalski (Wolfenstein, Dark Souls).  The story will follow a nameless Hunter as they awaken in ancient city filled with horrific beasts. The Hunter will embark on a dangerous, bloody quest in the hopes of ending Yharnam’s twisted endemic.

Writer Ales Kot spoke about his obsession with the game and the opportunity to write a comic in the Bloodborne universe:

Bloodborne is one of my all-time favorite games. I put close to two hundred hours into playing it and researching its universe, and that was before I even knew there would be a comic — I was obsessed.

He also talked about what we can expect from the upcoming series and some of the concepts he hopes to incorporate:

I am honored to be working within the Bloodborne universe. There will be mystery, the weird, the eerie, the horrific and the bloody — and there will be an undercurrent of decaying romanticism, walking hand in hand with brain-mashing, soul-cleaving action, together ascending towards the Blood Moon as drawn by the talented and depraved Piotr Kowalski. Ascend with us, Hunters old and new. And do remember — one has to seek Paleblood to transcend the hunt.”

This new series of adventures are set in the eldritch world of the best-selling video game. Open the comic and discover the terrifying secrets of Old Yharnam. The Bloodborne video game series made its debut on PlayStation®4 in late March 2015.

Bloodborne: The Death of Sleep Issue #1 is scheduled to hit comic stores and digital devices in February 2018. Mark your calendars!

Check out the covers and some of the terrifying interiors by Piotr Kowalski: 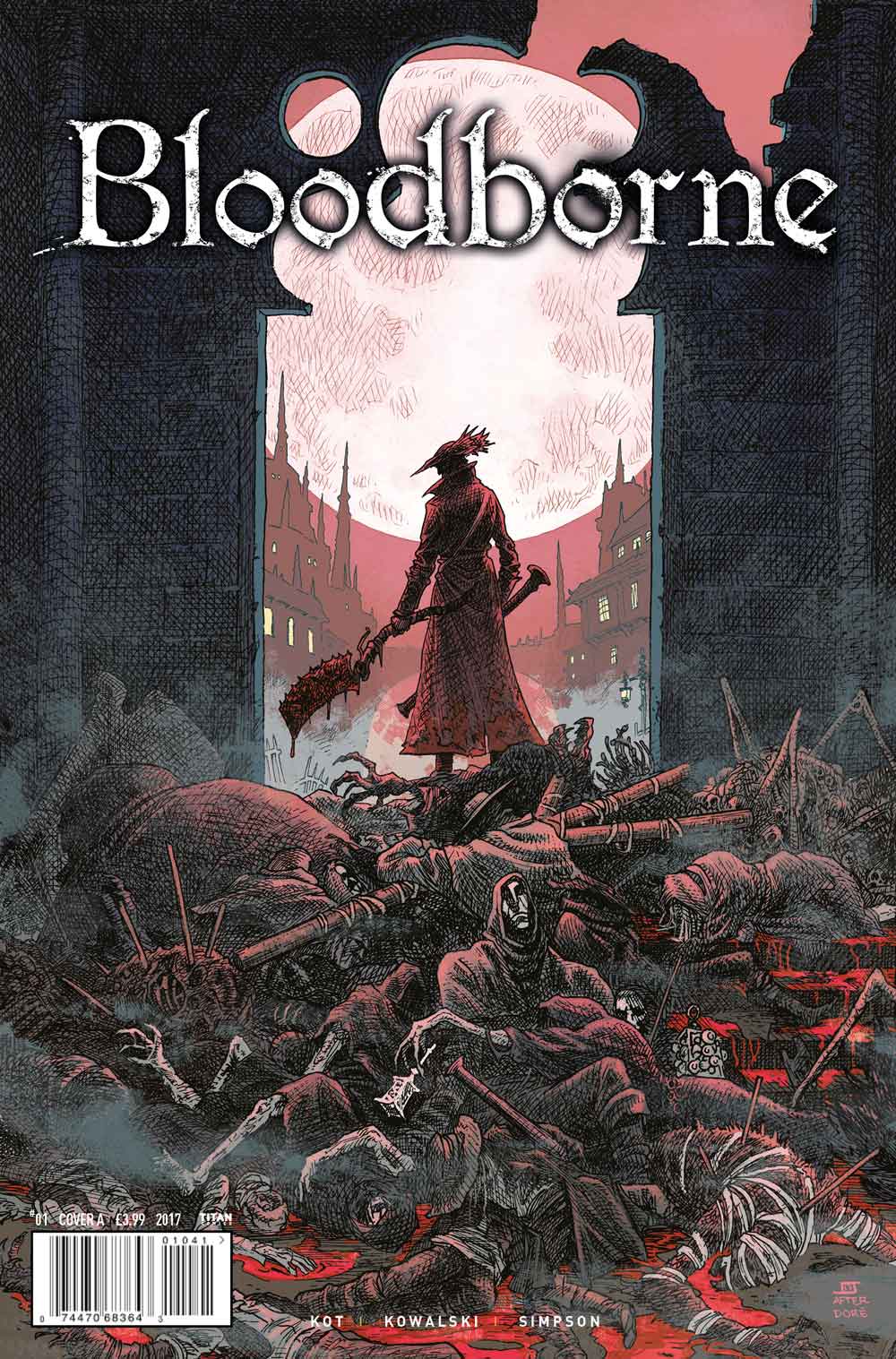 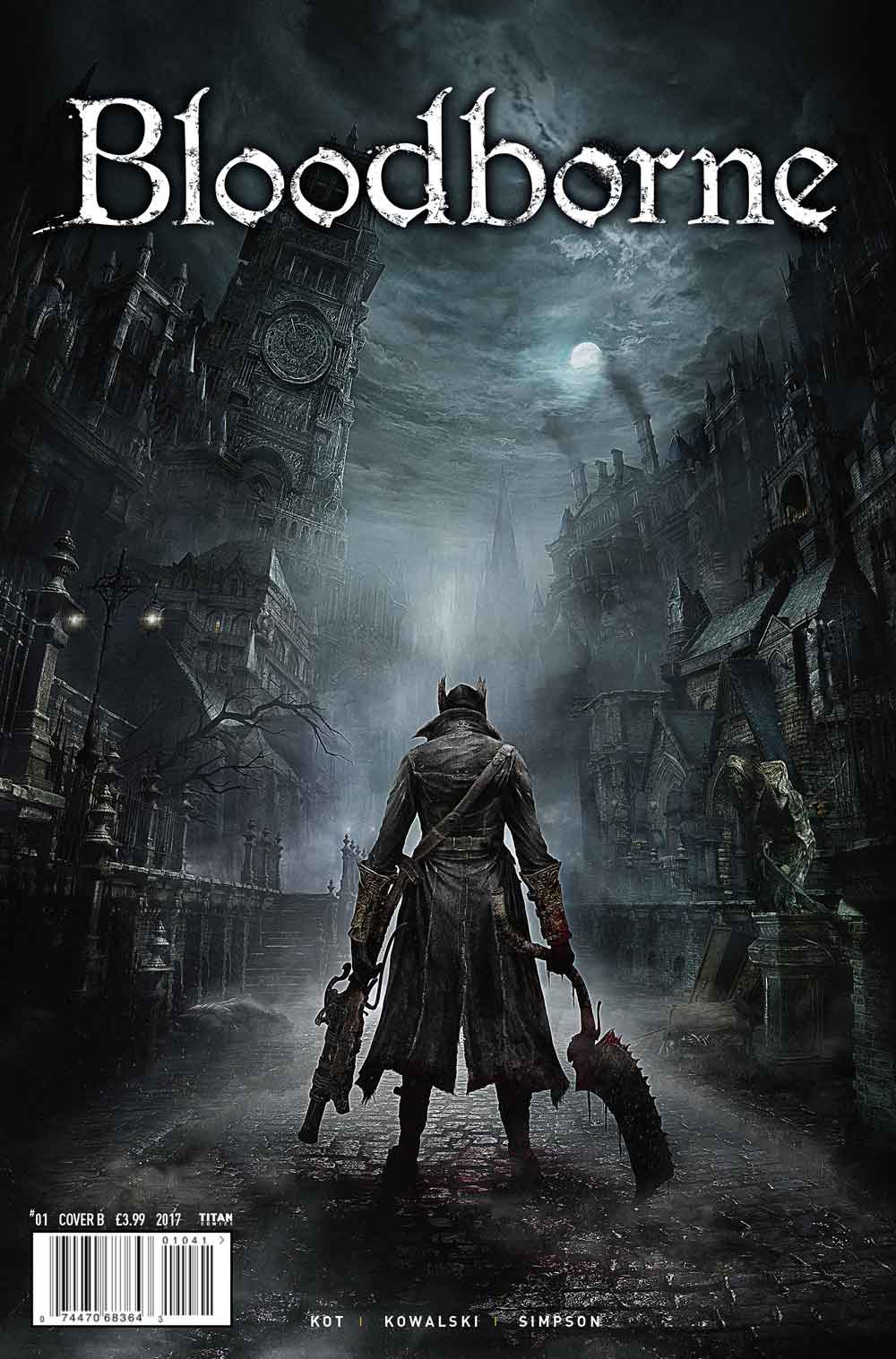 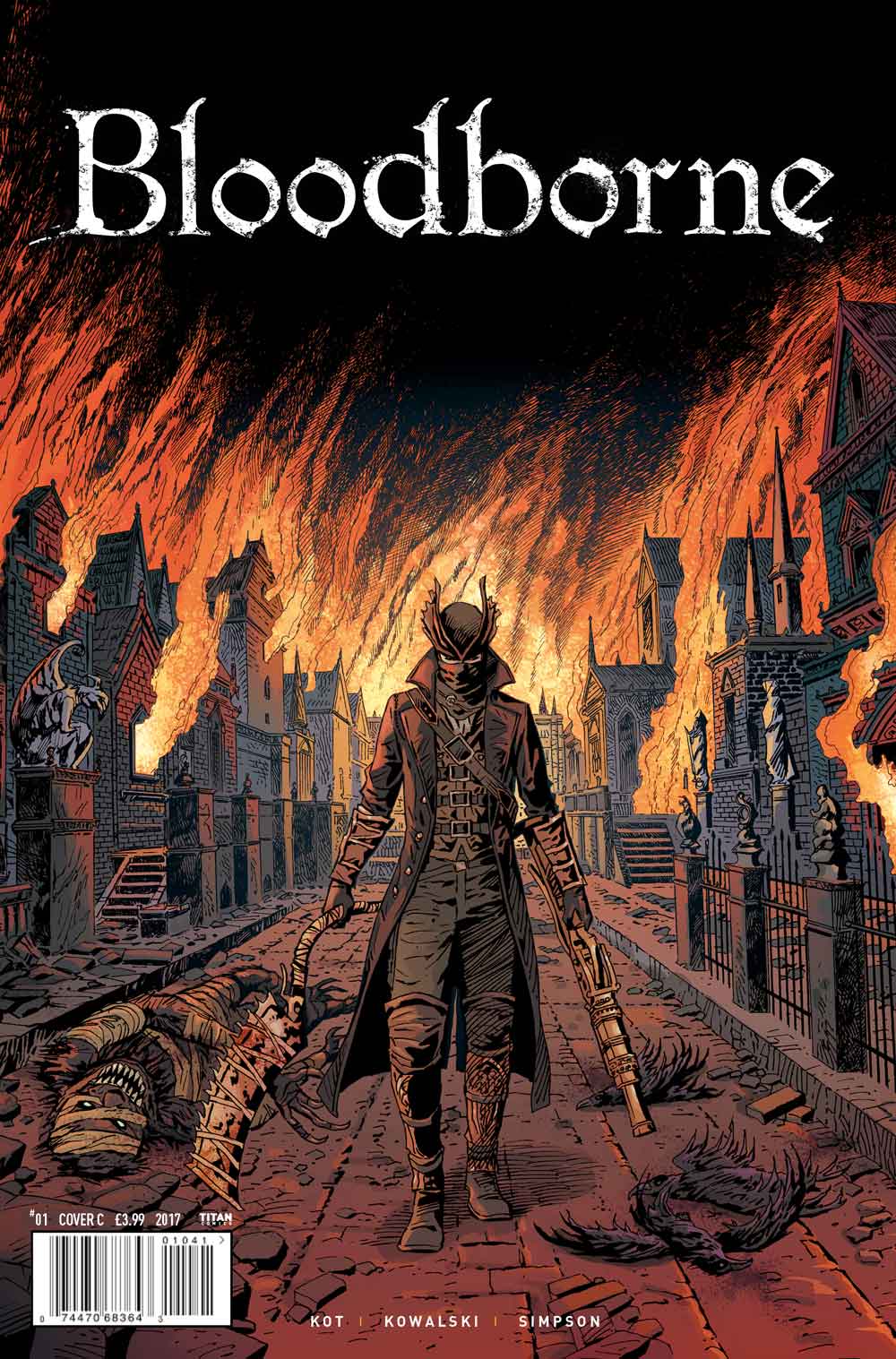 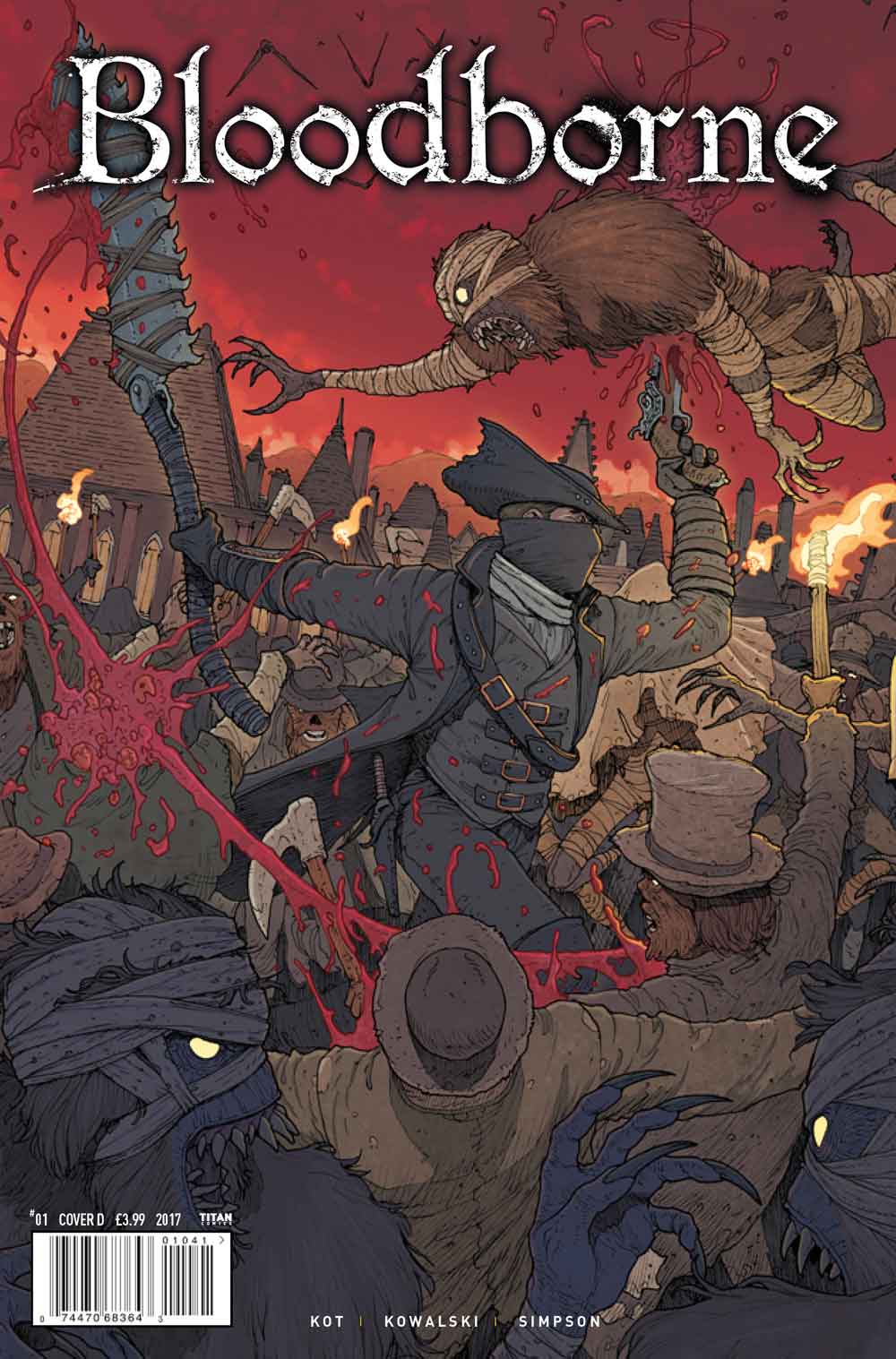 As promised here are the interiors by Kowalski: 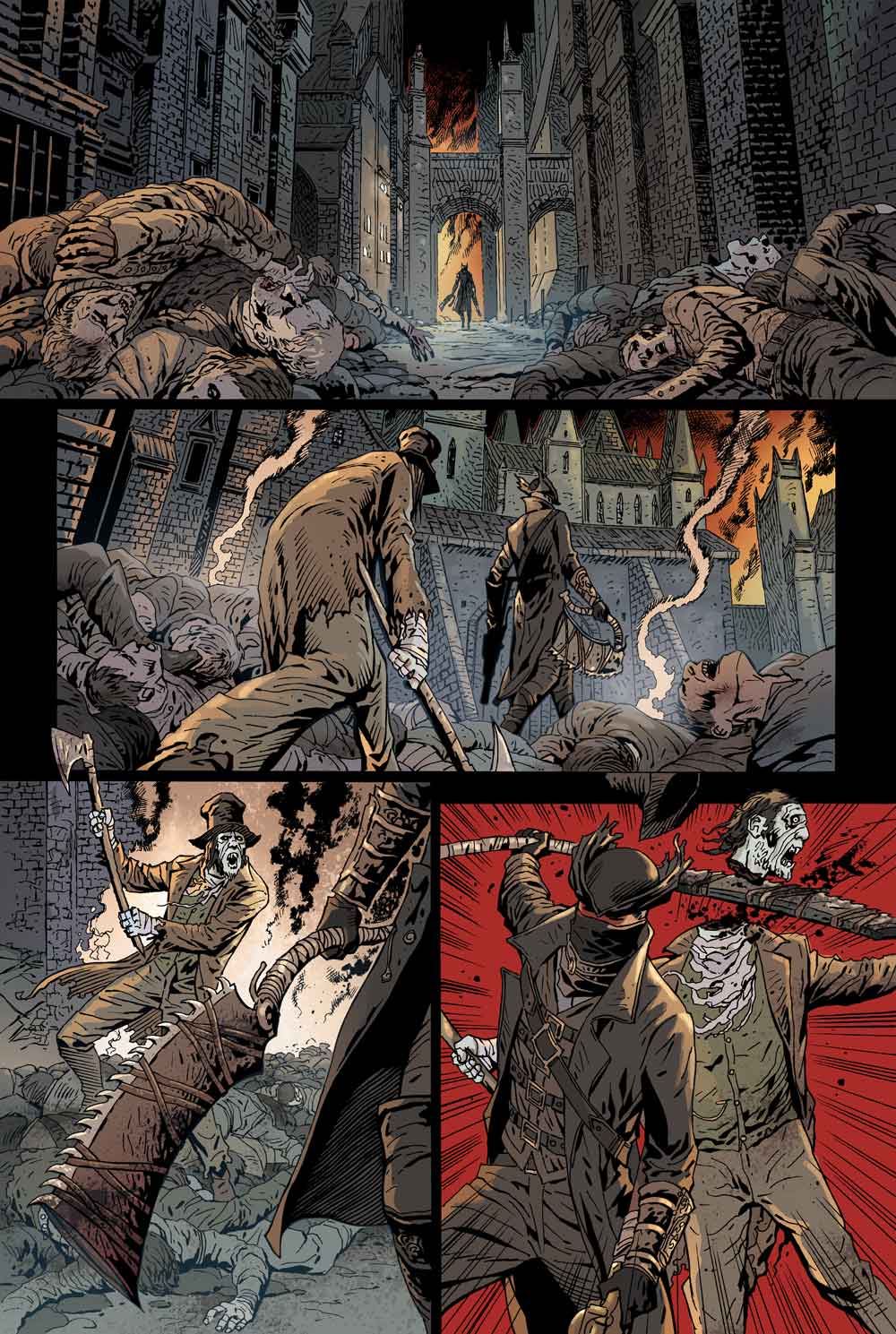 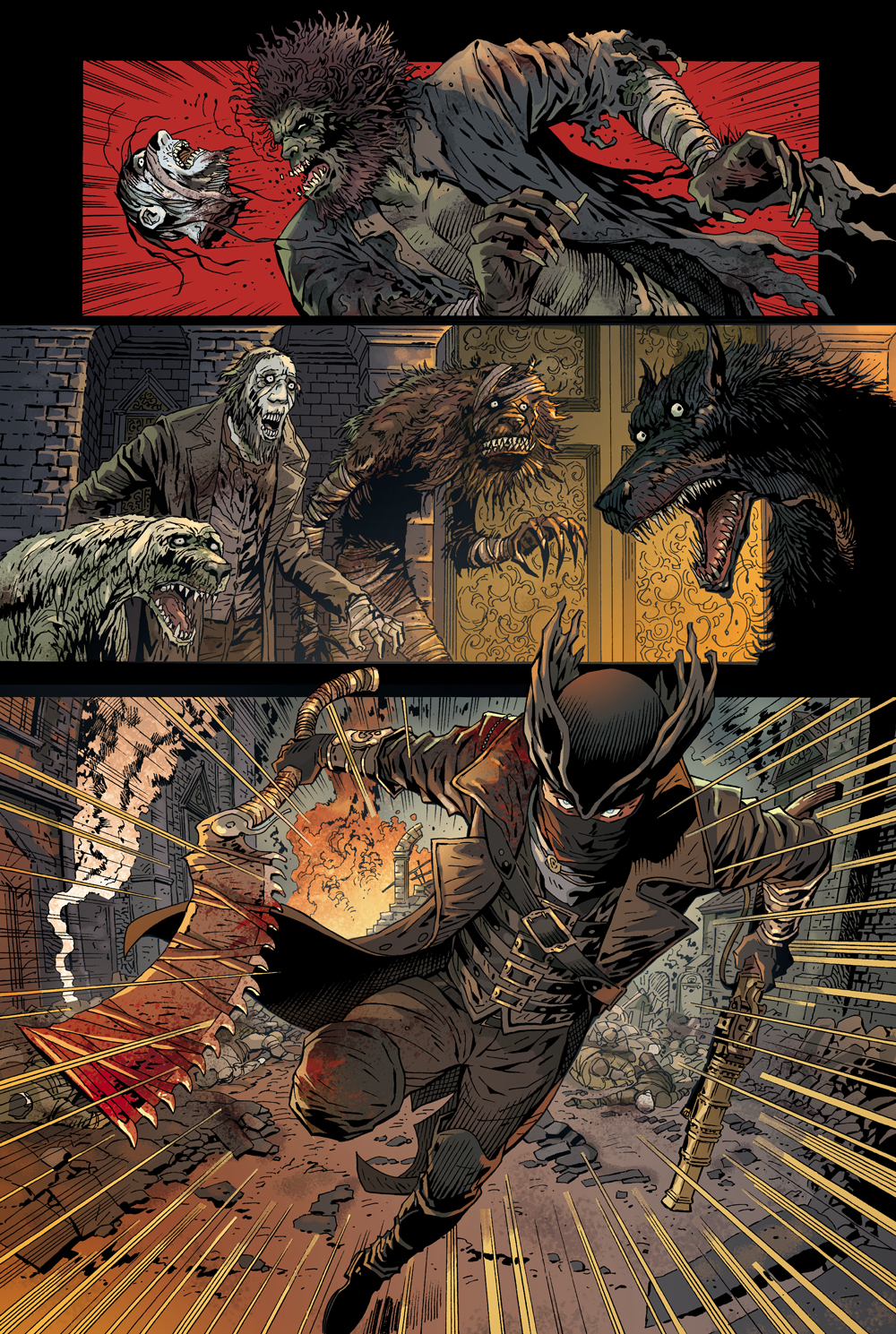