Black Canary is one of the most popular female superheroes in the DC Universe. Whether or not fans agree with her role, she’s also been a central character on Arrow. Now, many have speculated that the character could make her way into the DCEU. Charlie Hunnam has been a fan favorite choice for Oliver Queen; who could be his Canary?

Well, Katheryn Winnick has been kicking ass on Vikings for years now. Her role as Lagertha has made her a much-desired female heroine, who could play the perfect hero. Winnick’s teased her desire to be Black Canary before, and her desire remains as strong as ever to give voice to the Canary Cry.

A fan asked Winnick on Twitter if she would be up for a superhero role. Not biased whatsoever, the fan happened to tag an image of Black Canary in the question. See Winnick’s more than optimistic response.

Would you be game for a comic book movie role? #WinnickWednesday pic.twitter.com/aPC1Z7kO47

A great response for any fan of hers or the characters. DC may not be looking to expand its superhero roster at the moment, but if they were, Winnick would be a great candidate. She’s a fantastic actress; she’s well-versed in action roles. Not to mention she’s been a veteran actress for a few years now. She’s not an unknown; but she’s not an A-list actor either.

This isn’t the first time Winnick has been tied to the character. In fact, rumors of her joining the DCEU have been around for a while now. Famous concept-artist and wish-fulfillment artist Boss Logic depicted Winnick as Black Canary. Take a look. 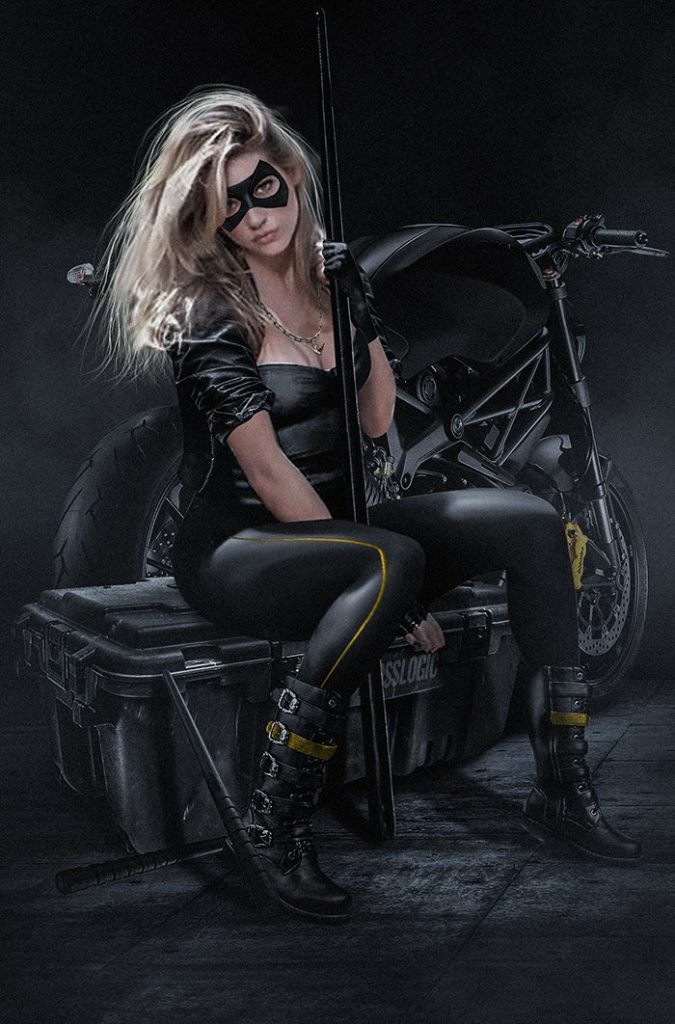 It’s incredibly simple and elegant. Instead of making Dinah Lance an overly leather’d monstrosity, Boss Logic made her into a slightly masked vigilante who’s just itching for a street fight.

And needless to say, Katheryn Winnick more than looks the part.

Unfortunately, not a lot is clear about the DC Films future at the moment. They may ditch a lot of their main characters for want of more unknowns; they may focus on their two or three most famous heroes. That means years may pass before fans get to see B or C-list characters like Dinah Lance on the big screen. But if things change, look no further than Katheryn Winnick.