Professor Charles Xavier’s first team of X-Men had a group of youths who were effectively outcasts because of their abilities. The team consisted of Jean Grey, Scott Summers (Cyclops), Warren Worthington (Angel), Hank McCoy (Beast) and Bobby Drake (Iceman). They were outcasts from their society. But the only difference between those members was their powers. In every other aspect, they were similar to each other.

As a publication, the X-Men hadn’t been producing new titles for five years. The original X-Men team hadn’t had an issue since X-Men #66 in 1970. The issues of X-Men #67-93 were essentially reprints. 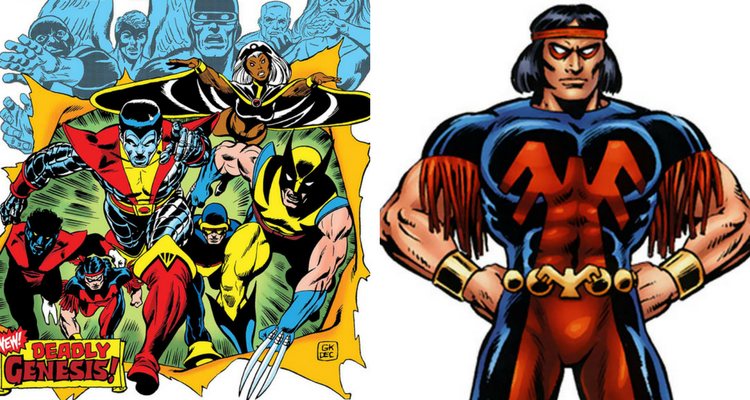 Enter Giant-Size X-Men #1. A team comprised of the most diverse group of mutants, where the only thing binding them together was their mutant powers. They were different from each other in every way possible. One was from Canada, a scrapper of diminutive size and disagreeable nature. Then we have furry blue devil-looking guy from Germany. They were joined by a black woman with white hair from Kenya, whose strength of character made her a better choice of leader than their current one. They even a mutant from Japan, and an Irishman who was close to Professor Xavier’s age. Finally, there was a burly dude from Russia with a heart of gold. Their first mission as a team under the leadership of Scott Summers was to save the original X-Men members.

However, the team was still missing on member, a Native American of Apache origins. John Proudstar was his name and he was of the same nature as the Wolverine. Except he was a few feet taller and a bit more of a loudmouth. He had fought in the Vietnam War and came back feeling disenfranchised like most of the soldiers of that time. His mutant ability of superhuman senses, strength, speed, stamina, and sturdiness did well in the effort to save the original X-Men from Krakoa. He took on the code name Thunderbird and was drafted onto the new team of X-Men.

The Death of an X-Man

Thunderbird’s character was problematic going forward. Creators David Cockrum and Len Wein liked the design of his character, and decided not to write him off immediately. However, his demeanor was already covered in the character of Wolverine, always bickering with Cyclops. So Cockrum says of the character:

Chris Claremont scripted the story for X-Men #94-95, and confirmed it was Wein who decided to kill the character off, just for shock value. They had the option of developing Proudstar and having the audience build a relationship with him over a certain length of time. Then in killing him, the readers would feel devastated. They decided to just rip the band-aid off and do it right off the bat, “when no one was expecting it.” 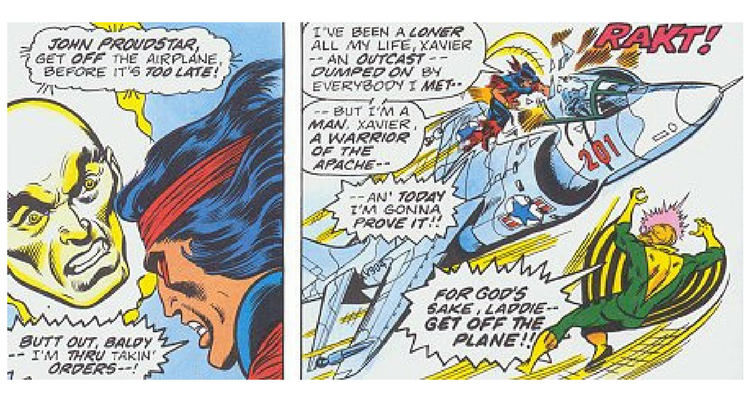 His death came on his second mission with the team as they were trying to combat a villain called Count Nefaria and a collective of lesser villains called the Ani-Men. Nefaria barely escapes the assault on a jet plane, but Thunderbird leaps on to the aircraft to finish him. Professor Xavier orders Proudstar to stand down and jump to safety. Yet the Apache disregards the command and attempts to hammer the plane with his bare fists. The plane ends up exploding, and the blast kills Proudstar. However, Nefaria survives the explosion.

Some time after his death, his brother James Proudstar (Warpath) joins the ranks of the X-Men. He has similar powers as John, but to a much greater degree.

Death as a Constant 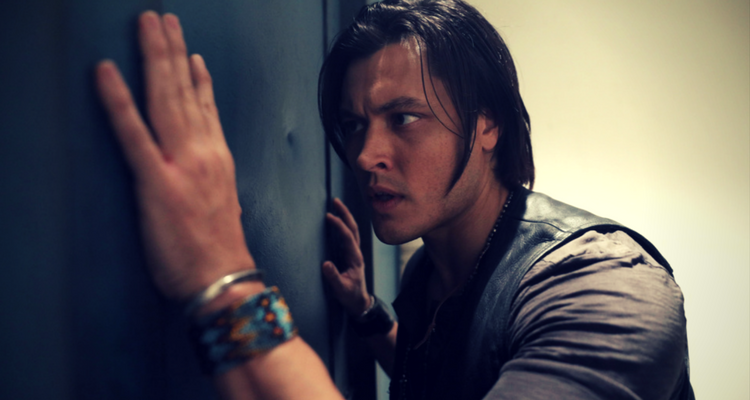 Of the numerous X-Men who have been killed and have come back to life, John Proudstar seems to be the one Marvel likes to keep in the ground. Even if someone manages to dig him up, his character ultimately ends up back at the afterlife. Every story that somehow has him involved also manages to tie him in with death. Not to mention some forbidden rituals to revive the deceased. All these attempts get thwarted (because, they were forbidden anyway), and James Proudstar’s spirit is contented to stay dead, unlike most of the other X-Men characters.

The character of John Proudstar has been on Fox’s The Gifted, and maybe this time they’ll be doing Thunderbird right by the audience. That is, until they inevitably kill him. Because, faithfulness to the source material and everything.