A fan favorite Spider-Man character might be joining the Marvel Cinematic Universe in the upcoming sequel to Spider-Man: Homecoming.

Omega Underground made the discovery when stumbling on to an audition tape. The tape strongly suggests that Marvel is looking to cast the part of Gwen Stacy as production starts this coming June. The source of the tape is unknown, but it has a French actress who goes by Louna auditioning for the part of Gwen Stacy.

If Gwen Stacy does end up being a French foreign exchange student it would be change from her comic books origin. In the comics, Gwen originally meets Peter at Empire State University as the two pursue their undergraduate studies. She first attended Standard High School where she was the resident “beauty queen.” Her father is New York Police Department Captain George Stacy. However, Gwen would travel to Europe after her father’s death at the hands of Doctor Octopus. She would live with her Aunt Nancy and Uncle Arthur in London.

It will be interesting to see if Marvel Studios and Sony do go with a French actress if they will receive the same backlash that Lionsgate’s casting of Ed Skrein as Ben Daimio received. The social pressure eventually persuaded Skrein to remove himself from the role. It would eventually go to Daniel Dae Kim.

Do you want to see Gwen Stacy as a French foreign exchange student or would you like to see her as the classic American blonde from the comics? 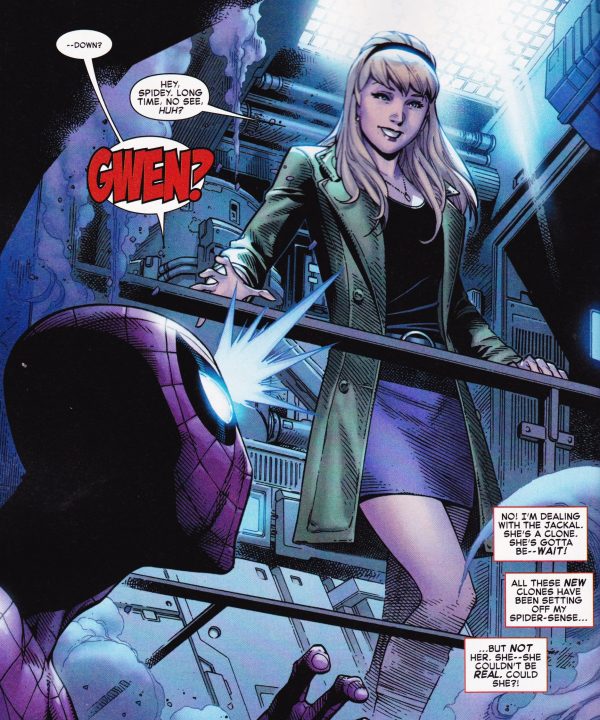 The Spider-Man: Homecoming sequel will be directed by Jon Watts and is expected to hit theaters on July 5, 2019.