A long time ago in a galaxy far, far away…

Those famous words have preceded every Star Wars film. A clever play on the most famous opening lines to any story ever, “once upon a time”. But what purpose does that sentence serve? It doesn’t tell you anything about the force; it doesn’t tell you anything about the Skywalkers. No, it simply whisks you away. Taking you to another world(s). Another plane of existence from which a new, or old, story will be told. It’s a promise that you are no longer in your theater seat. That you are not in Kansas anymore.

Whether they like it or not the old aspects of this world are helping to usher in the new. In The Force Awakens the old and the new blended seamlessly. Almost without conflict. But The Last Jedi is a different beast. It’s not interested in letting the old Star Wars go quietly into that good night. Instead, writer and director Rian Johnson has the two worlds meet head to head. The result is one of the greatest blockbusters of the modern age. A familial epic of apocalyptic and biblical proportions.

The Most Beautiful Star Wars Film to Date

Morality is often described as a binary idea. That there’s a good way to do things and there’s a bad. A dark side and a light. No where in the Star Wars universe has this two-fold existence been explored more than in The Last Jedi. The core story certainly focuses on Kylo Ren and Rey, but the cinematography even further explores this dichotomy. Blue and red have always been the two colors of the Star Wars universe. Luke’s green lightsaber in Return of the Jedi altered that formula, but only slightly.

Rian Johnson and cinematographer Steve Yedlin know exactly how to use their reds and blues. The lighting and set design of the film is entirely indicative of the morals at play. Johnson makes Snoke’s room the epitome of evil; the bridge of Leia’s ship seemingly dripping with the light side of the force. It’s a gorgeous display of the two warring forces. Making each distinct. The perfect opposite of one another. But how does the white and red play into the color scheme? By playing into the morality of the film. Despite the attempts made by every Star Wars film good and bad is not black and white. Not blue and red. 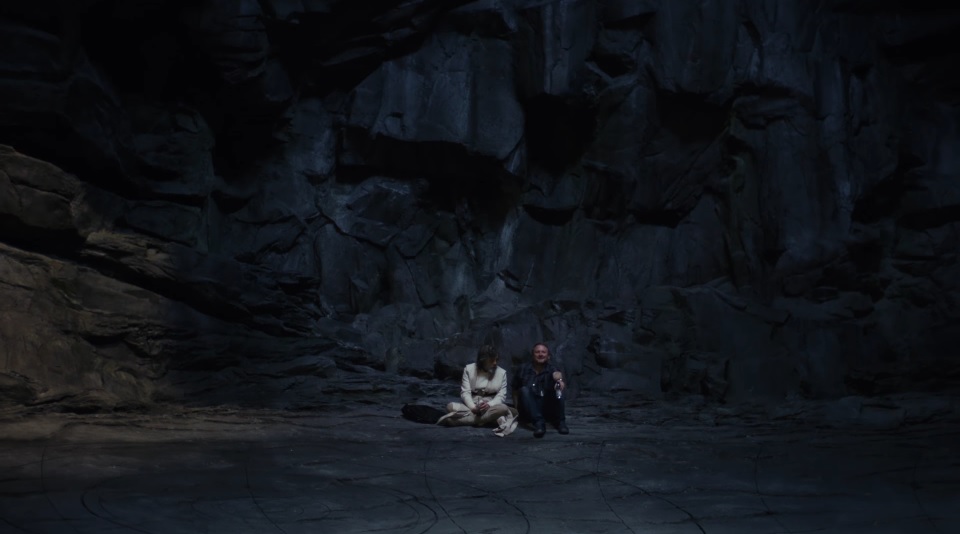 Luke Skywalker IS Star Wars. But believe it or not, Star Wars isn’t Luke Skywalker. Despite what six of the films within the series have taught us, the Skywalkers are not the only important part of this Universe. The problem? Well, father and son just so happened to be the protagonists and antagonist for every film before The Force Awakens. But Star Wars needs to survive. And it can’t be solely on the shoulders of Solo and Skywalker children.

Luke Skywalker is very much the center of The Last Jedi. He is the most triumphant part of the film; he is a great portion of its heart. But more importantly, the character learns the same lessons that countless fans need to. The time has come for the new generation to begin. With Rian Johnson, Luke Skywalker is both at his best and his worst. He is the powerful master that every fan and avid reader of the extended universe ever wanted him to be. He’s the tired, lonely hermit every audience member feared he might be in The Force Awakens. Johnson and Hamill do the best they can to give everyone the Luke Skywalker they’ve always dreamed of, the Luke they’ve always wanted. But that’s impossible.

Disney and JJ Abrams knew the Star Wars trilogy could, in no way, center around a 62-year-old man waving his lightsaber angrily at the kids venturing too far into his yard. The old guard is meant to help bring in the new. In that regard, Mark Hamill gave the performance of the lifetime. Luke Skywalker both was and meant a world to fans everywhere. Now the new generation has his blessing.

Go see Star Wars: The Last Jedi. When Disney first acquired Lucasfilm in 2012 many fans were understandably worried. This is one of the biggest and most profit-driven companies in the world. What would they do with one of the most beloved stories of all time? As it turns out, they gave it to some pretty fantastic filmmakers. The Disney ideology is tangible throughout The Last Jedi. The porgs, in particular, seem to represent a certain perspective of this marketing idea. But like in the execution, they do nothing but cause infectious smiles.

Like the film itself the porgs are flawed. They may not have the best origin. Possibly the result of a “cute” mandate from Disney to create a new creature. The Last Jedi’s foundation is also imperfect. The springboard from which it jumps was difficult to manage.

The Force Awakens was based almost entirely on new characters and began by killing off one of the most beloved of the old ones. A difficult path to manage. Most importantly though the film set plans for the future. It set up a relationship, chemistry, and rivalry that has the potential to rival anything the Star Wars universe has had before it. The Last Jedi takes that creation and runs full-speed into a wonderful beyond. An imaginative playground; a strange path for its two main characters. One that leads headlong into the unknown. Let’s see where it goes.