“I am a Jedi. Like my father before me.”

The resemblance would end there. Luke Skywalker is Anakin Skywalker’s son, the man who became Darth Vader. But he was a Jedi. After arguably the greatest arc in film history in the Original Trilogy, Luke stood resolutely at the feet of the Emperor and denied him. Leading to Darth Vader’s redemption in order to save his son.

A journey worthy of one of the greatest heroes ever created. Because Luke Skywalker is something special. He brought balance to the force. But apparently that didn’t last too long. After attempting to start a new Jedi order one of his apprentices went rogue. The apprentice was also his nephew, Ben Solo. Also known as Kylo Ren. Who with the aid of several other students he destroyed the temple after Luke was incapacitated. Luke was devastated. He turned to a life of forced exile from which he never returned. Until Rey wandered onto his island with a gift.

What follows are the events of The Last Jedi, a small Disney and Lucasfilm movie getting released this weekend. You might have heard of it. But what has Luke Skywalker been doing for 30(or 40) years?

The Last Jedi is a Lone Hermit 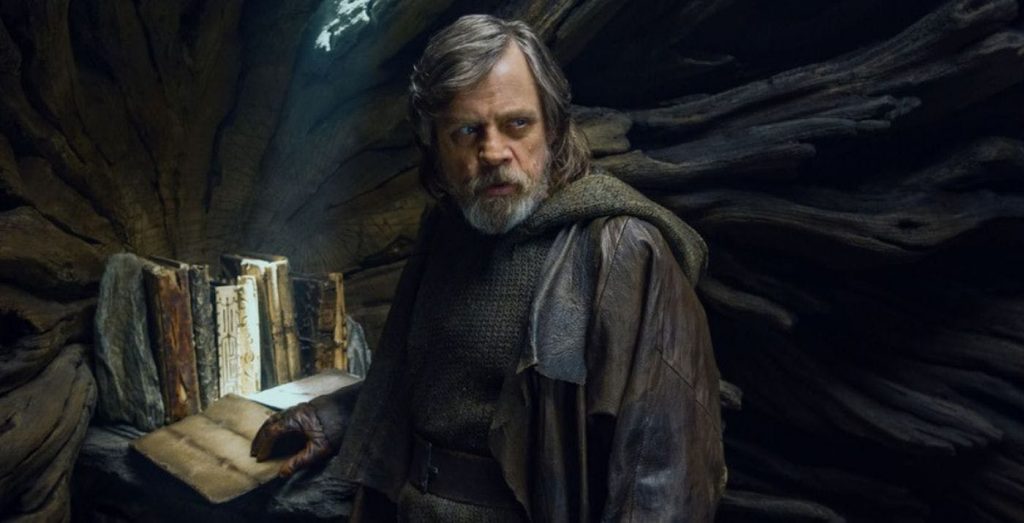 Apparently it took Luke a few years to get his Jedi temple up and running. But that makes sense. Luke Skywalker wasn’t a Jedi Master at the end of Return of the Jedi. He was just a bonafide Jedi Knight. But he obviously had more learning to do. Chances are he ventured out into the galaxy to learn a thing or two. Star Wars: The Force Awakens implies that Luke went looking for Ahch-To, home of the first Jedi temple, as if he hadn’t been there before. Luke went looking  in the Universe for wisdom and found it. After returning home he decided to start training Ben Solo and a few others.

In the film, when Leia and Luke share a scene together, Luke says he “took” Ben away. Obviously, Luke learned that Jedi training requires taking the child away from their parents. Luke blames himself partially for Kylo’s turn as he wasn’t near his Mother. Kylo Ren’s interactions with Snoke still remain a mystery. Chances are we may never get to find out how Snoke first infected the mind of Ben Solo. But that’s part of what this new trilogy is trying not to tackle. The pursuit of power is itself blinding and full of greed. But the prequels tried to imply that Anakin’s turn was heavily influenced by his desire to save Padme. But he never could and never did. This trilogy is using the promise of power alone as Ben Solo’s reason to turn.

But why is that important to Luke’s story? Well, Luke feared that power. It’s revealed that in the film he briefly considered striking down his nephew because of a premonition about what he would become. He ignited his lightsaber causing Kylo to bring the literal house down on his Uncle.

The Force is Strong in my Family

Luke Skywalker no longer has his green lightsaber in Star Wars: The Last Jedi. It represents the time he faltered. The one time he almost lost himself.  And so Ben Solo left his temple in shambles and left to join Snoke. Luke then left for Ahch-To, in search of the first Jedi temple. There he would remain, until he becomes one with the force at the end of The Last Jedi. He spent his time there closed off from the Force, refusing to push or promote a lineage of destruction. On the island there are porgs, care-takers, and “space cows.” All are creatures that he lives and interacts with. It’s a peaceful life. One that doesn’t affect the island negatively.

The years since his temple fell Luke has been wallowing in his loss. Until a young, unknown girl named Rey lands on his island, and offers him his father’s sword. Much in the same way Obi-Wan did so many years ago. But this time, he would refuse. Over the course of the film Luke does help Rey a little with the Force. But more importantly, he helps the Resistance to survive by distracting the First Order. And he “became the spark that would burn the first order down.”

But Luke Skywalker is still capable of great power and prowess with a sword-like weapon. As any fan will witness in The Last Jedi. He displays the most powerful use of the Force ever seen in a Star Wars film. And it’s glorious.

Luke Skywalker isn’t the last Jedi. But after watching his displays of power in Star Wars: The Last Jedi, he is more powerful than anyone could possibly imagine.