Geoff Johns and Gary Frank are currently doing the impossible. The two comic greats are creating a successful continuation of the Watchmen story that serves as a sequel to DC Universe: Rebirth #1. The story has major implications for the entire DC Universe. There’s already been some significant twists in Johns’ latest masterpiece. But that wasn’t the first and it won’t be the last.

The first major reveal of the story really took place in DC Universe: Rebirth #1. Watchmen ended with the with many things, among them the death of the story’s protagonist, Rorschach. The marketing for Doomsday Clock was quick to place Rorschach T the forefront. There has yet to be a full reveal about this new character. Readers don’t know where he came from; readers don’t know if it’s a he at all.

The first issue only had one clue to the identity of the character. Marionette and Mime are two characters introduced in the first issue. When they see Rorschach, Marionette is more than curious how this character comes to be. Well, Rorschach plainly says that he or she is not the same person. Confirming this by pulling up their sleeve and revealing themselves to be dark-skinned. However, it’s unclear what ethnicity Rorschach is as skin-tone is by no means a completely-defining feature. 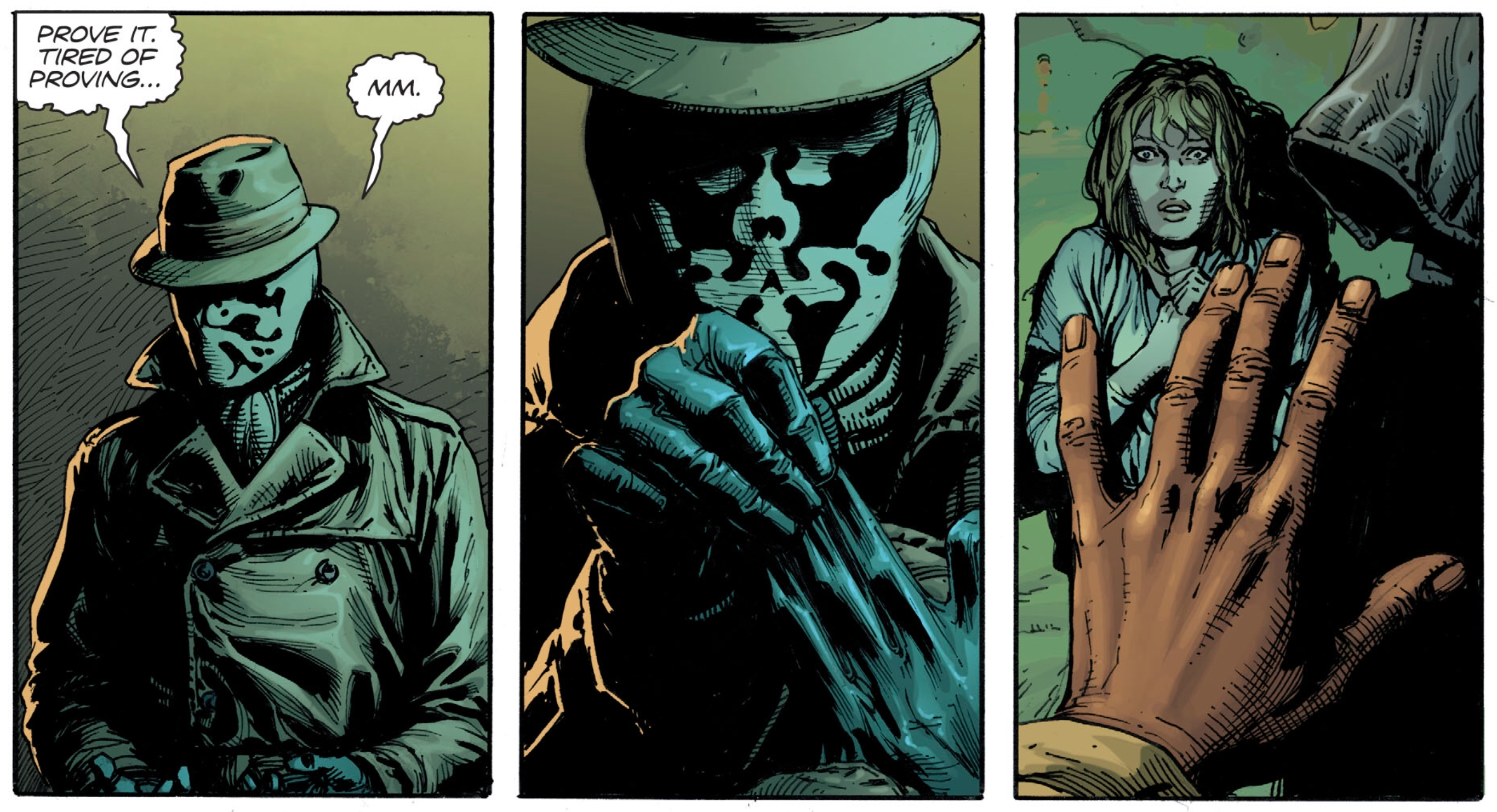 But it was the first clue. Now, Johns and Frank have delivered the second.

“Was reborn then, free to scrawl own design on this morally blank world.” 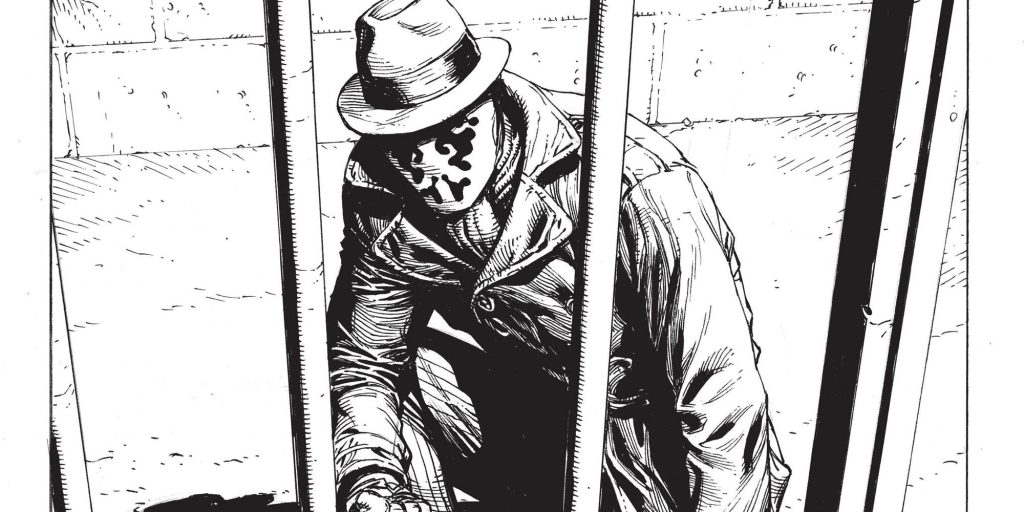 In Doomsday Clock #2, Ozymandias takes his band of not-so-merry men to the DC Universe using Nite-Owl’s ship. The landing? Not so great. The ship crashes badly, sending the crew flying about the cabin. When Rorschach awakens, he doesn’t seem to remember much.

Ozymandias looks down at Rorschach and says, “Rorschach, it’s me! Ozymandias.” Surprisingly, Rorschach reaches up to strangle him. Himself saying, “Veidt! K-K-Kill you….”

Veidt declares, “No, no. We made an agreement. Remember. Reggie….” Rorschach asks him what transpired. Ozymandias tells him that, “I did what I said I would. I brought us to the universe Dr. Manhattan traveled to. Now you and I have to find him.”

There’s a lot to dissect here. First of all, this could somehow be the same Rorschach. He had a few screws loosened by the crash. What would the original Rorschach do if he were to see Veidt again? Kill him, of course. Strangle him immediately. But then a few other things come to the surface. Veidt knows that Rorschach needs to be reminded of his identity because he literally tells him to “remember.” Then the biggest clue of all comes in the form of “Reggie.”

Is that this new Rorschach’s name? Possible. It could be a reminder about someone else. Someone who Veidt is using to blackmail this character. Other than that there isn’t much to go on. There aren’t any Reggies in the original comic.

Some people think the character might somehow be linked to Rorschach’s psychiatrist, Dr. Malcolm Long. Long is a great character who’s deeply affected by his work with Rorschach. If he had a child, they might just don the mask and continue the crusade.

Could Veidt have somehow put Rorschach’s essence into another body? Or could someone else have taken up the character’s cause?

Like any great writer, Geoff Johns’ stories take some time to unfold. As the characters enter the plot unravels before them. Their task is revealed; their goal is in the distance. But there are only two issues of Doomsday Clock story so far. There are many more details to learn about the world(s) at large.

Ozymandias, a new Rorschach and Marionette and Mime are off in search of Dr. Manhattan. They traveled from their original universe to do so. The events of DC Universe: Rebirth #1 heavily implied that Dr. Manhattan is somehow responsible for the events of this universe. Hell, he may have created the Universe. But Ozymandias “believes” that there’s something in the world that only Manhattan can stop. Essentially a god, there’s nothing he can’t stop. Adrian Veidt, Ozymandias is also afflicted with some form of cancer. What if his entire mission is misdirection just so that Manhattan will cure him?

The hubris of man is one of the major themes of Watchmen. Doomsday Clock doesn’t appear to be a typical sequel to any story. Not to Alan Moore’s original comic, not to Geoff Johns’ reboot of the DC Universe. Instead, like those two stories this is another realm entirely. A different take on classic characters.

With a new and mysterious message that has yet to be revealed.