Chadwick Boseman will have a prominent role in the new Black Panther movie. But the trailer features almost equally the Dora Milaje, an elite group of warrior-guards tasked with protecting the king and the royal family of Wakanda. The group is only comprised of women, whose fierceness in battle is accompanied by their superior prowess for fighting.

2017 was a notable year for women kicking ass in cinema. Wonder Woman came out with a character gifted with both beauty and strength in physical prowess and character. Another film, Atomic Blonde, whose performance in the box office wasn’t as stellar as some would hope, gave David Leitch of John Wick fame another outlet for storytelling. At least enough to land him in the director chair for The Untitled Deadpool Sequel.

The Women of Wakanda

In such a stellar year for females of film, what is it about the Wakandan women, the Dora Milaje, that draws us to their almost androgynous presentation? Acknowledging these are women who protect the king. Yet they seem to transcend that understanding to become something less but something more at the same time. 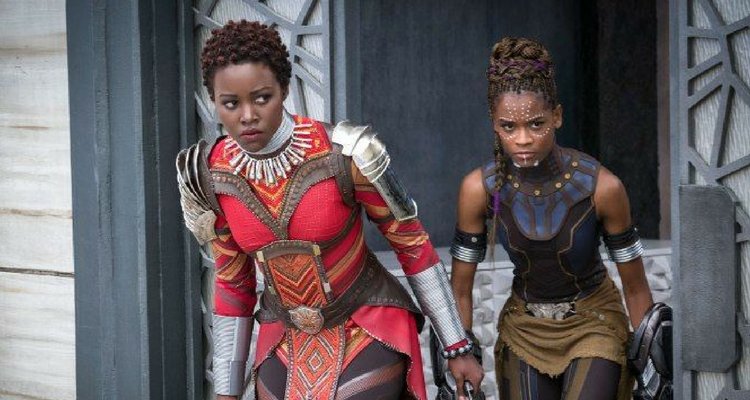 Lupita Nyong’o and Letitita Wright who play Nakia and Shuri in the upcoming Black Panther film talked to Teen Vogue about their characters and how they will be different from what we’ve previously seen in superhero films.

Nyong’o described Nakia as “a departure from the character you see in the comic books. She’s his independent woman, super patriotic but also very questioning of her society, and I liked that. With her complicated relationship with T’Challa, I knew it was going to be kind of sexy, and I was like, ‘OK, I definitely want in.'”

Wright described Shuri as “refreshing. She’s strong, and she can kick butt. She’s intelligent, she loves Wakanda, and she loves creating technology to protect her people. But you see when she’s scared, when she’s frightened, when she’s afraid for her family. Even with some of the male characters [in the movie], you see moments when they are weak. Shuri was the sort of character I went home and studied to find out the reason she does things.”

But what might be the most interesting part is how the two women’s relationship will be portrayed.

Ryan made a point of avoiding the expected female-rival narrative. In this genre, where spandex is involved, oftentimes the women are pitted against each other. In our story, there are so many different women holding their own space. Women may be in competition with each other, sure, but that doesn’t necessarily mean there’s an absence of love or respect. Shuri is the sister to the Black Panther and the leader of technological pursuits, and Nakia is someone who has a complicated history with the Black Panther and is a warrior in her own right. You see them work together, and you see a dynamic that is really encouraging. Making this film awakened me. I walked away from this experience feeling extremely supported, and I felt challenged.

It definitely looks like Black Panther will be breaking certain archetypes. It will be interesting to see Lupita Nyong’o’s Shuri and Letitita Wright’s Nakia do battle in Black Panther and then take the fight against Thanos’ minions in Avengers: Infinity War.

Needless to say, Black Panther will have his bad ass moments, and so will the Dora Milaje. And with the location of the Soul Stone supposedly being in Wakanda, there’s a big emphasis on that region. There’s another film featuring strong black women kicking ass. With plans for 20 more MCU movies on the docket, it’s more than likely we will see more of Marvel’s female characters playing prominent roles. In fact, Captain Marvel is expected to launch Marvel’s Phase 4 and we will officially see The Wasp in Ant-Man and the Wasp later this year.