Aquaman will be the only DC Films’ release in 2018. Though the film has wrapped production, there aren’t many details about Warner Bros.’ next entry into the DCEU. The movie stars James Momoa, Amber Heard, Willem Dafoe, Patrick Wilson, and Yahya Abdul-Mateen II. It will most likely be set in Atlantis; it will most likely have a lot of water in it.

Other than that? Well, there hasn’t been much to go on.

But there’s a reason for that. Justice League didn’t do to well, so DC and WB don’t want this “new” franchise associated with one that is currently under-performing critically and financially. But now 2018 has begun. Instead of looking to their past mistakes, DC Films needs to look to the future. James Wan is a fantastic director; Aquaman is an exciting, never-before-seen superhero. Now that the film is only a year away snippets of information are starting to leak. A new image was recently released that may have revealed a battle with Black Manta.

James Wan has wished fans a Happy New Year with a beautiful image containing some of the film’s set. But it also has another bonus that could have massive implications for his next film. 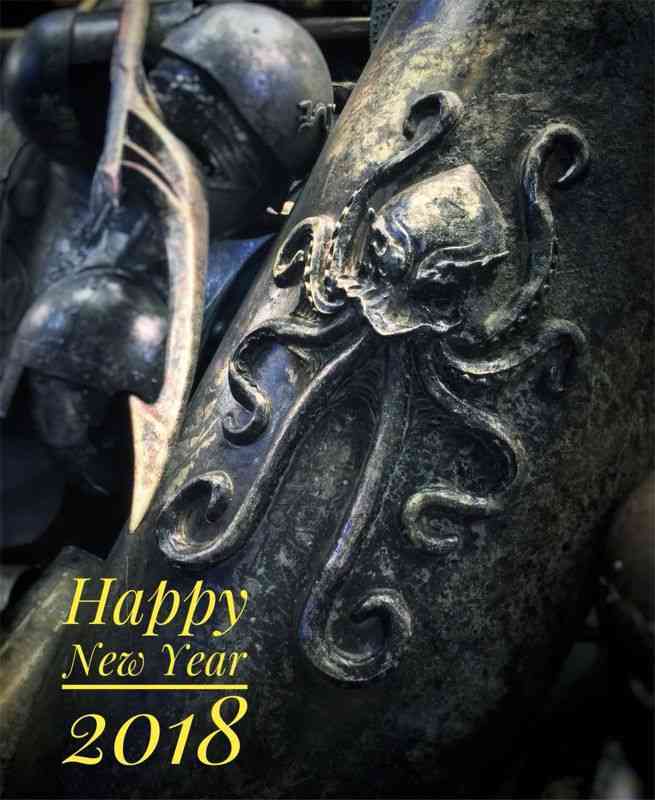 That looks…awesome. Wan’s films have always captured the right look. The Conjuring alone is a testament to how well he can handle a genre and period film. A Kraken could be a major spoiler for the film. Will Arthur have to face a kraken at one point? Or will he avoid the “release the kraken” trope by having the King of Atlantis command and ride the massive creature? That one sounds a little more compelling.

But that’s not the most interesting part of the picture. No, that title belongs to a certain hook in the top left corner. 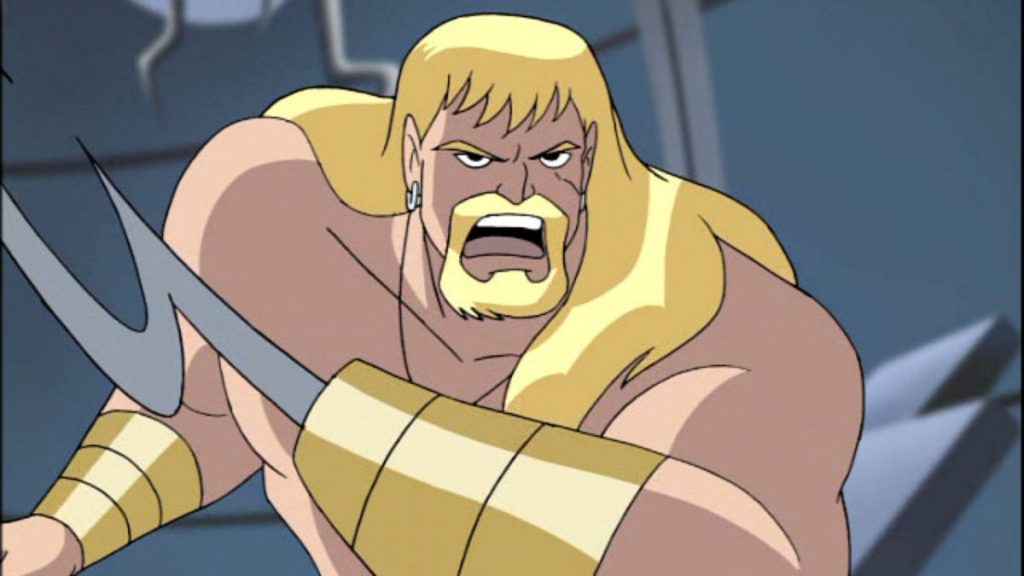 As comic fans know, some writers take personal issue with Arthur having a left hand. In many iterations of the character, Aquaman loses his hand to some foe or another. In the New 52, Black Manta cut it off. The animated series depicts him cutting it off himself so he can save his son from certain death.

Oh, and it’s also been eaten by piranhas. Needless to say, that hand has been through a lot.

Momoa already resembles the long-haired version of the character. It would only take the swift cut of an enemy’s blade to give him the hook-hand many fans are clamoring for.

But is that actually what James Wan is revealing? Of course not. That is not the spear that will replace Arthur’s hand. It’s most likely a waling pike from a ship; or a piece of Atlantean weaponry. The fact that the production design so closely resembles the designs of Arthur’s hook is the real clue. Most likely, a trailer for the film will premiere with either Black Panther or Infinity War later this year. It’s been a tough year for DC, but if this film succeeds it can really turn things around.