2017 had it’s ups and downs when it came to movies. For the most part, the industry is still gunning to remake every possible movie from the 80s and 90s. If you don’t believe me, well Cleopatra and Overboard are coming to haunt us this year. Though many of us wish for more originality, it looks like that they will continue to pump out what they consider no-brainers until it dries up. While there might have been a bunch of disappointing films there were a some stand out gems. 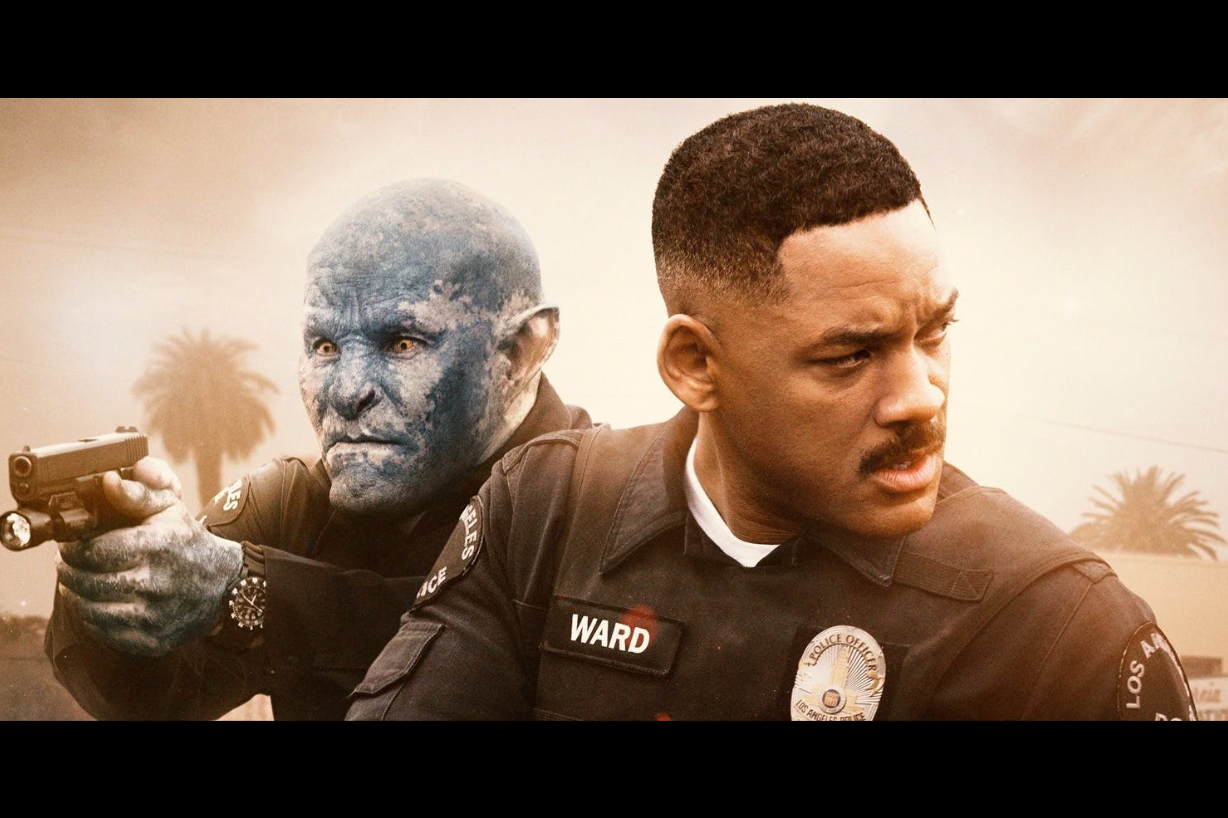 I came into this movie not expecting much. Will Smith has done a good job in the past and has quite a resume of solid movies behind him. I didn’t have any real expectations going in.

After watching Bright with my wife, I was happy to say I was pleasantly surprised. Bright was so enjoyable because it was fresh in a lot of ways. It creates a new, rich world to explore. It also examined concepts that aren’t usually touched on.

Bright is set in modern-day Earth, but it incorporates classical fantasy creatures such as orcs, fairies, and elves. There’s also the element of magic. The movie is well paced, the action isn’t over the top. And the fantasy is held to a semi-real world standard. It’s believable, which helps to immerse me in the movie.

If you want something to just enjoy after work or on a Saturday, then Bright is right up your alley. 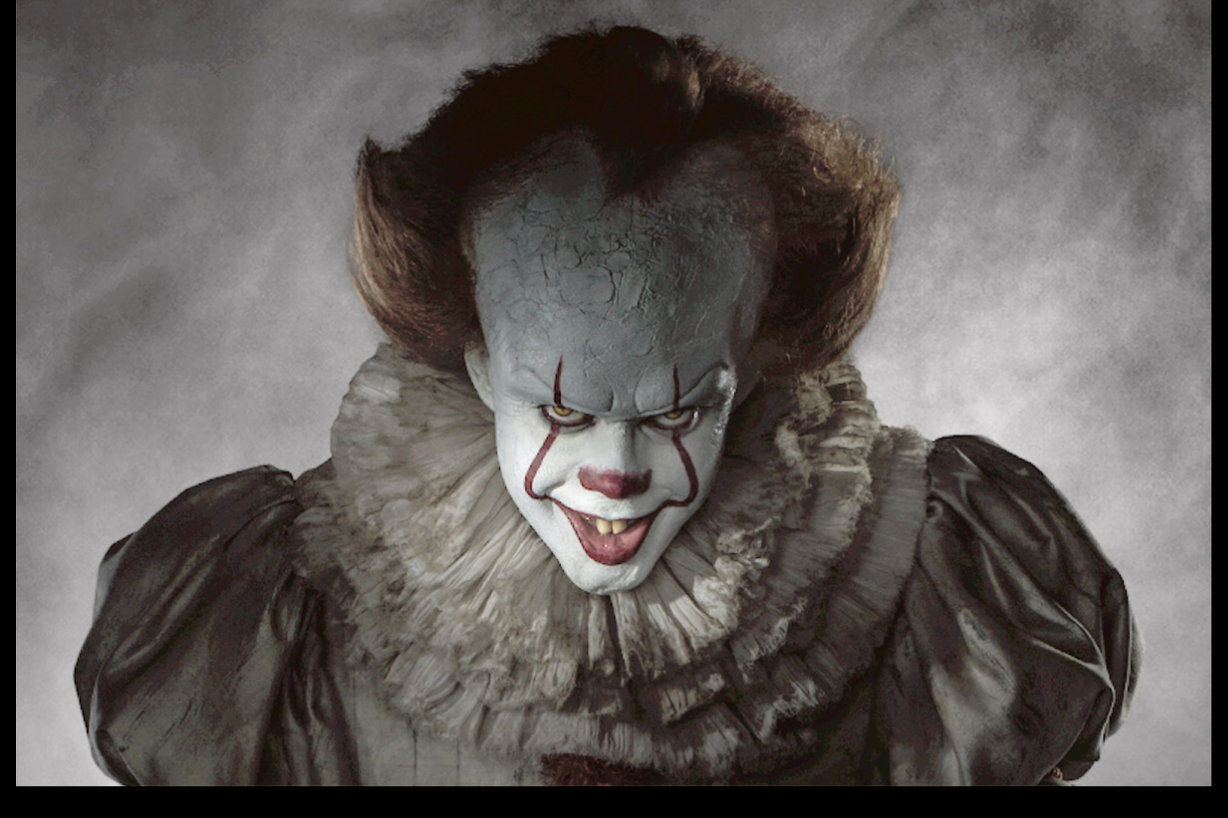 I’m not going to lie. I came into the remake of It with very low expectations. I remember being scared by Tim Curry’s Pennywise growing up so I didn’t expect or even think that Bill Skarsgård would be able to fill those clown shoes. Though his work in Hemlock Grove should have raised my expectations I just wasn’t’ ready for a new Pennywise.

It’s nice to sit down and watch a remake and be pleasantly surprised. Pennywise is scary in the remake, but Bill Skarsgård is able to make the character his own. Though the parents were bit more dumbed down then what I remembered from the original two part movie. They were okay.

It is a great horror movie and if you haven’t seen it yet, you should definitely check it out. 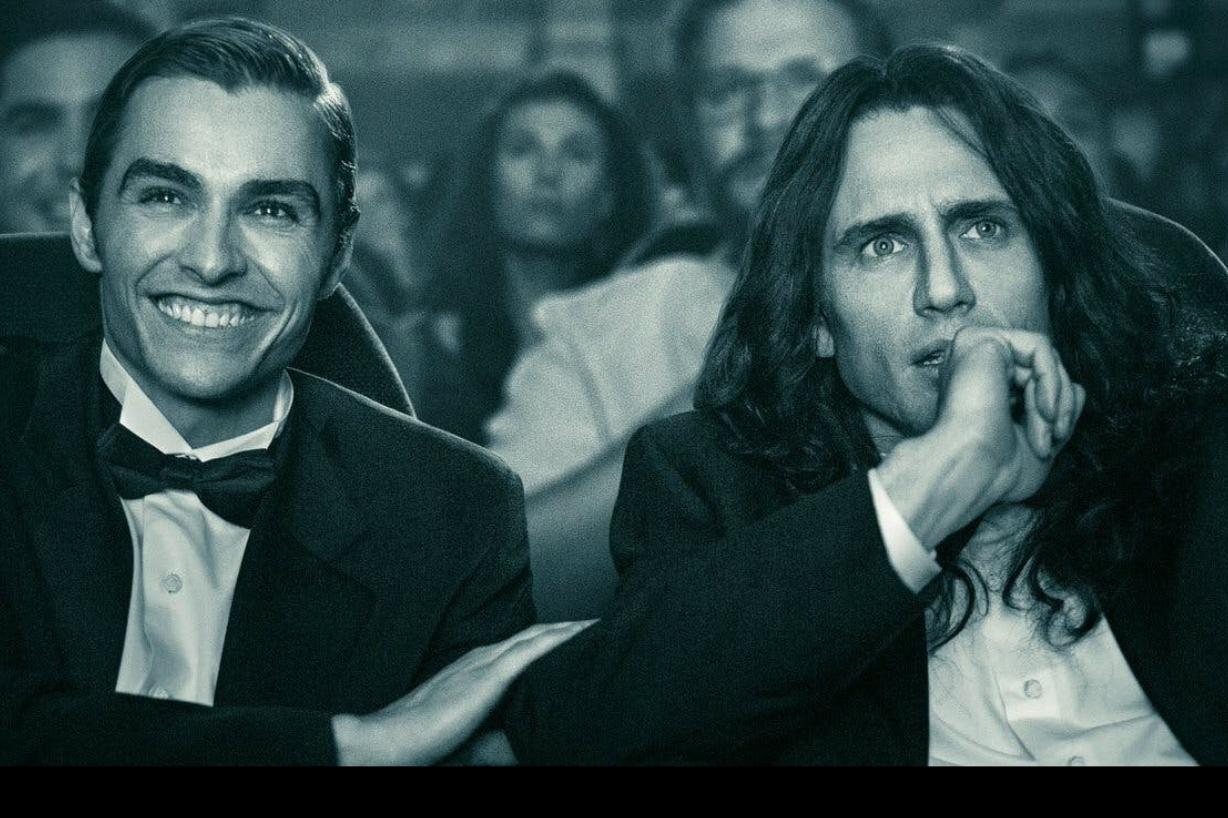 If you haven’t seen The Room, then what the hell are you doing with your life? I’ll be honest. I never even heard of the movie until the trailer for The Disaster Artist came out. But I had to see what all the fuss was about. It’s an almost perfect bad B movie. Get a six-pack, junk food, and enjoy the ride.

The Disaster Artist tells the story of Tommy Wiseau who wanted to make a movie, his way. Throughout the process, there were many trials and tribulations. You’re left with a story that just seems too unreal. But in fact it is real, and that’s the best part. 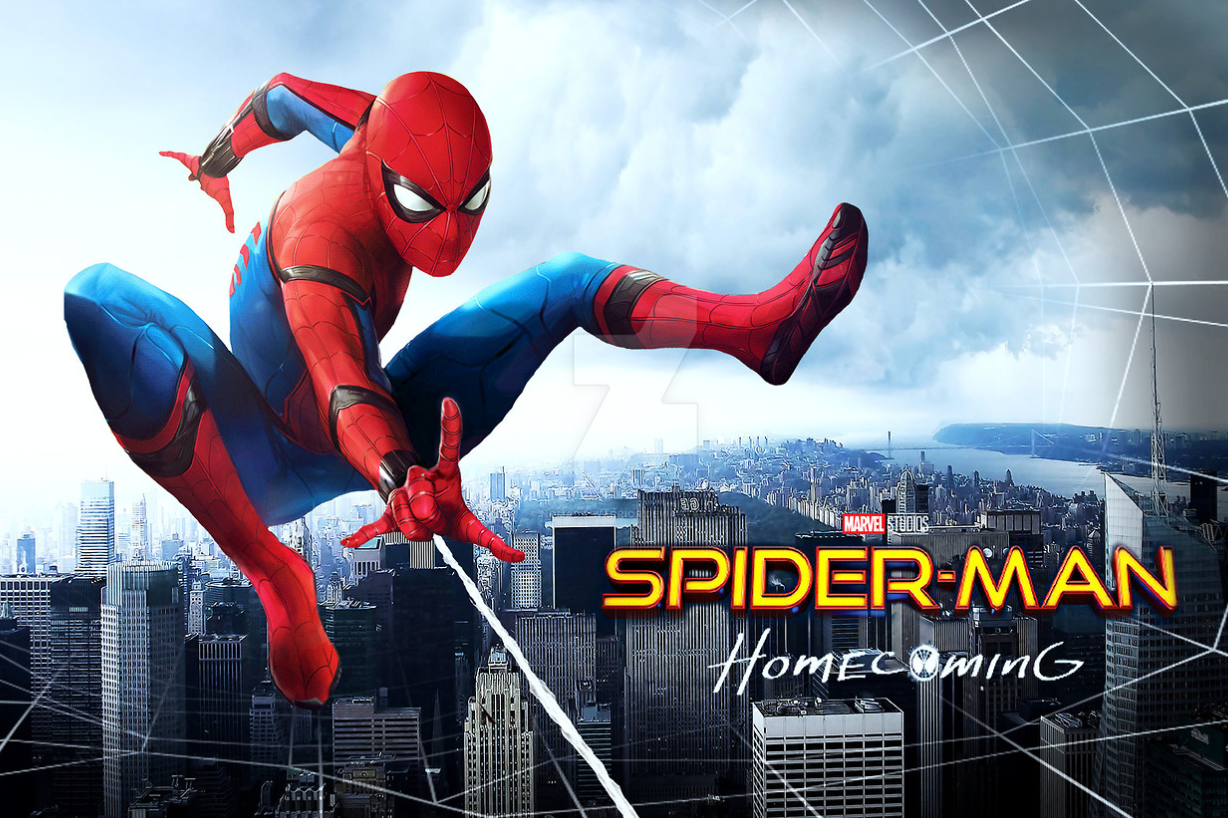 I know, why did it take so long for me to mention a comic book movie. Well, it’s my list. After the God-awfulness of Spider-Man 3 and the reboot with the Amazing Spider-Man movies, I wasn’t really looking to watch yet another reboot of the franchise. Yet, I knew it was finally going to see Spider-Man in the MCU.

However, I still wasn’t excited. That was until I saw Tom Holland’s introduction as Spider-Man in Captain America: Civil War. From the few minutes he was onscreen I believe that we finally saw Spider-Man done right.

Homecoming isn’t an A-plus, but it does something that hadn’t been done with the character since the original Sam Raimi movies starring Tobey Maguire came out. Spider-Man’s effect on the world, and how he’s important to so many important characters. In the comics, we see the relationship between Peter Parker and Steve Rogers, as well as Tony Stark, and heck Deadpool and his strange fetishes.

That’s what Homecoming captured in my mind. We saw Spider-Man’s relationships explored. And that is why it was so good! 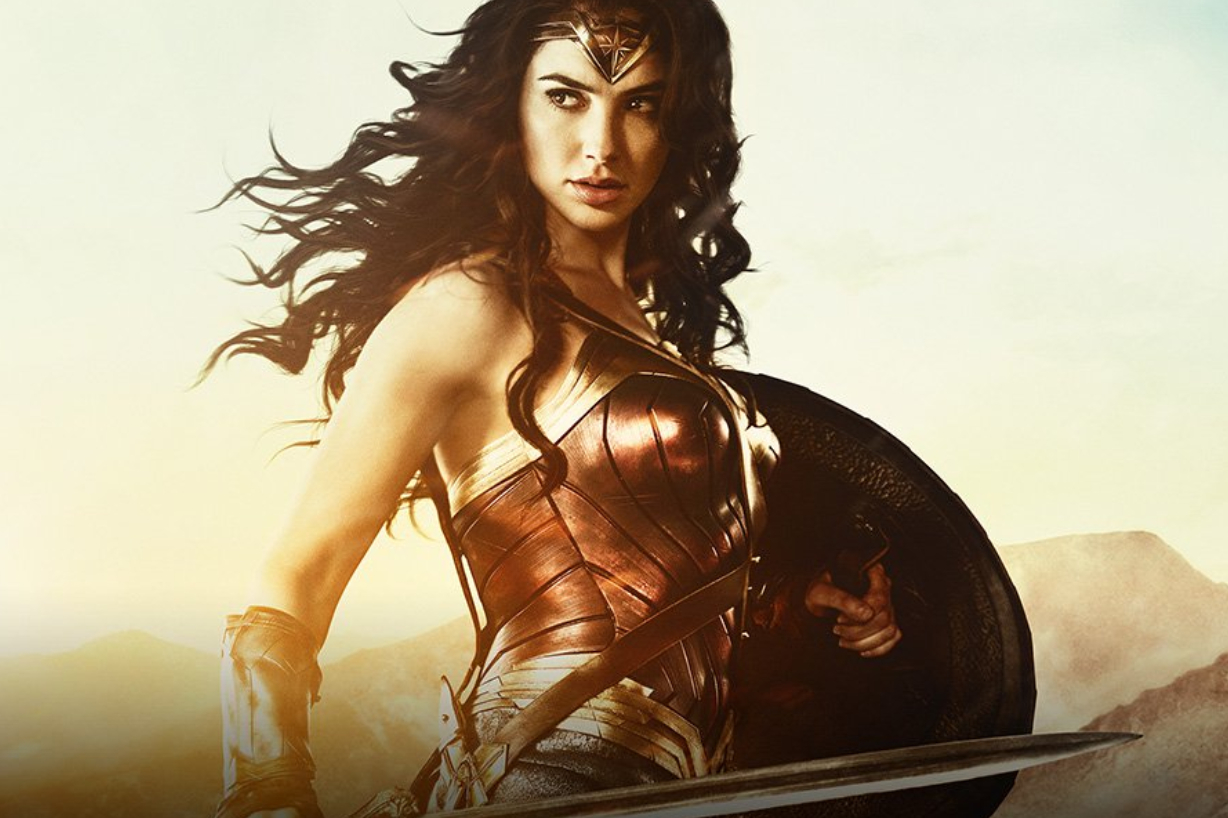 With Gal Gadot’s short screen time in Batman v Superman: Dawn of Justice, I honestly didn’t have much of an opinion on Gal Gadot’s casting as Wonder Woman. But after watching Wonder Woman over the summer it’s clear that she was the right choice for the role.

Wonder Woman told Diana’s story without getting tied down with too much baggage. Many movies make the mistake of trying to combine both an origin story with another main story arc at once. Even with two hours that’s a tall order to fulfill. Wonder Woman didn’t do that. It kept it simple and entertaining.

We saw Wonder Woman grow from a child of the Amazons with no real-world experiences to a woman ready to make a stand in the world. The journey was well paced and shot. 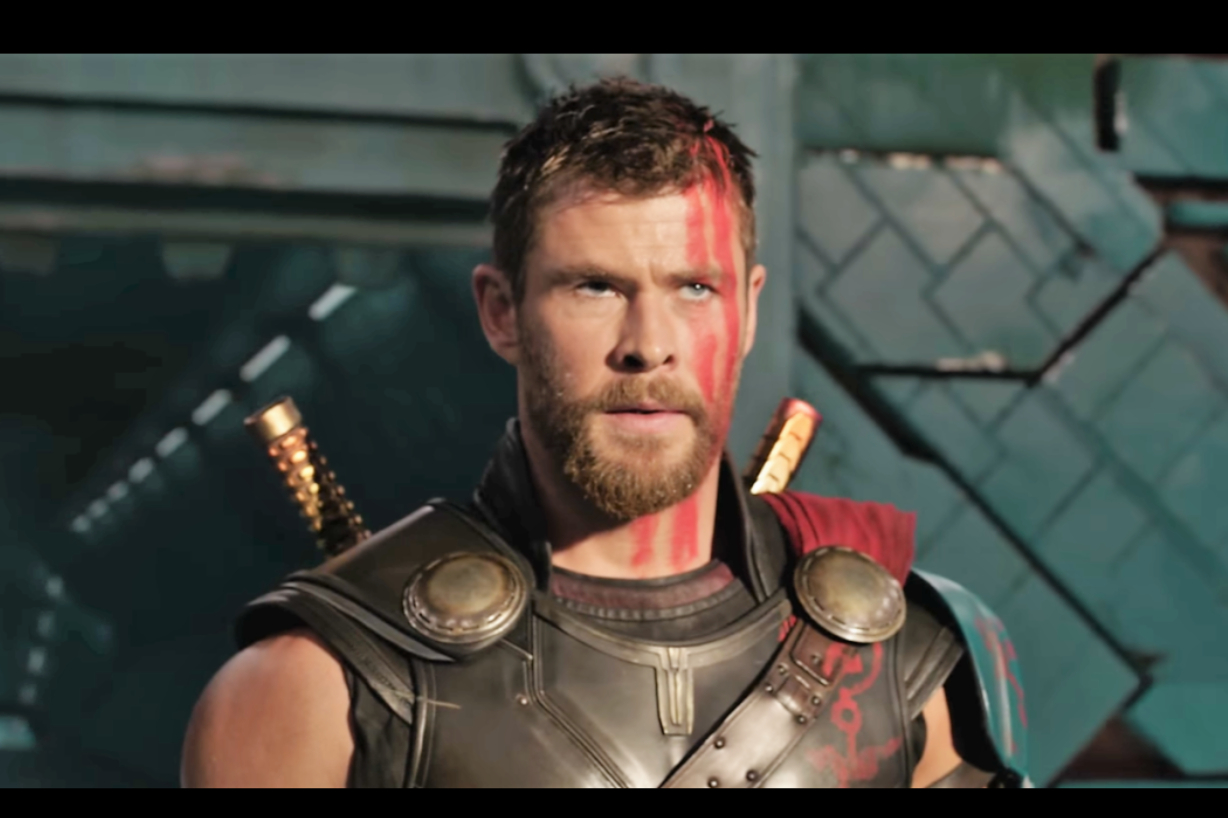 Retroness seemed to be ushered in by the end of the year partly thanks to Thor: Ragnarok. The movie’s trailer and color scheme did the trick. It also gave us a taste of the wildly popular “Planet Hulk” storyline with Thor and Hulk fighting it out in the gladiator pit on Sakaar. We also get to see the pair of Avengers go on a quest to stop Hela from destroying Asgard with the help of old allies and new friends.

It was a fun movie and just enjoyable. Thor: Ragnarok took the quirkiness of the Guardians of the Galaxy and made it it’s own without really stepping far from the core elements of Thor.

Late to the party on Thor: Ragnarok. I dislocated my face laughing. @TaikaWaititi is an international treasure. Protect his mind and body at all costs. @thorofficial

And if Ryan Reynolds gave it his thumbs up than I’d have to agree with him anyway. 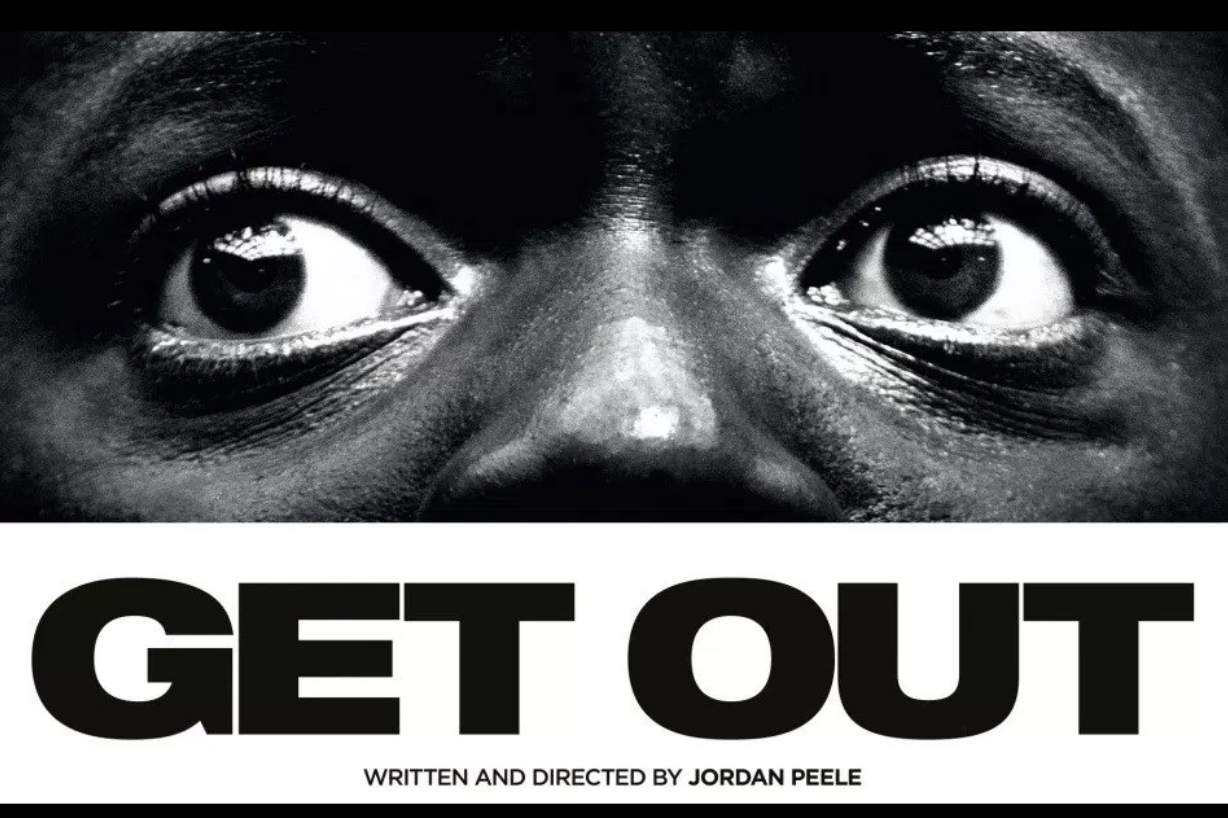 This was the February surprise that no one saw coming. Well, I sure as hell didn’t. When I think of someone like Jordan Peele, comedy comes to mind. When I first saw Get Out my jaw left an imprint on the floor. Not only is it a well-written movie, but it’s a smart horror movie. Something the genre is not normally known for.

Jordan Peele takes a trope normally attributed to Mary Shelley and turns the audience into a familiar monster. That monster is the human condition and it’s reaction to “the other.” Our internalizations, our unspoken manners that speak volumes to those around us. Get Out is basically a great middle finger to the typical white liberal who always tries too hard to not be racist, but ends up being one anyway.

Throughout the movie, Chris is seen by Rose’s family as not really human. They try to elevate him in an artificial way which really is off-putting and just downright racist most of the time. I won’t go more into to the movie, but if you want a good scary thriller, then Get Out is not only a great choice. But also leaves you asking questions about the real world. Like any good piece of art would. 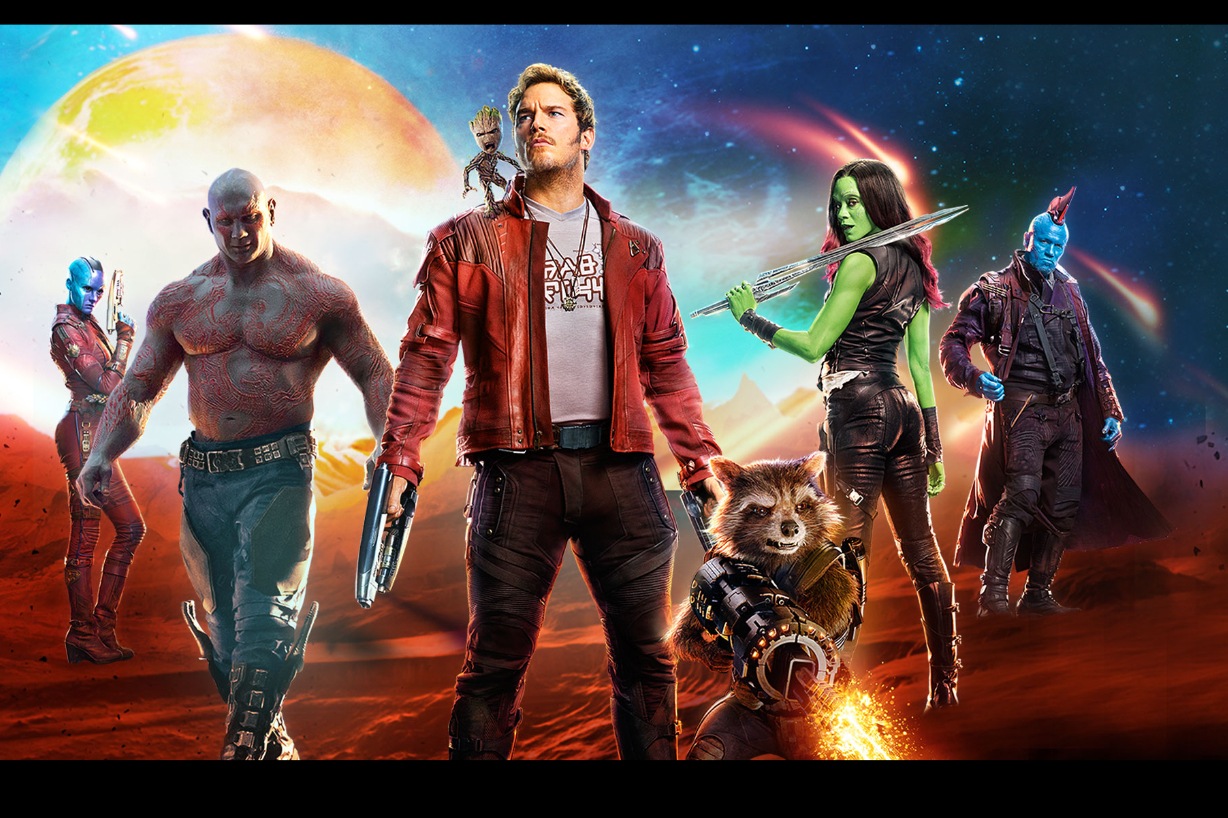 Who doesn’t love Kurt Russell? I mean he’s Snake! If you don’t know that reference then get your butt to a store and buy Escape From New York, like now.

In Guardians of the Galaxy Vol. 2 he’s now Ego, the living planet, and father to Peter Quill. The movie takes what made the first movie so fun and just kept the same formula. They know what works for Guardians and I’m glad they didn’t try to shake the pot too hard. The soundtrack, of course, was amazing with Fleetwood Mac’s The Chain haunting certain parts of the movie.

The movie continued to expand upon the cosmic side of the Marvel Cinematic Universe without going overboard. And with the twenty plus movies in the pipeline I expect that we’ll be able to look back at Vol.2 and see plenty of hints for the future of the MCU. Guardians is currently streaming on Netflix, so you know what to do. 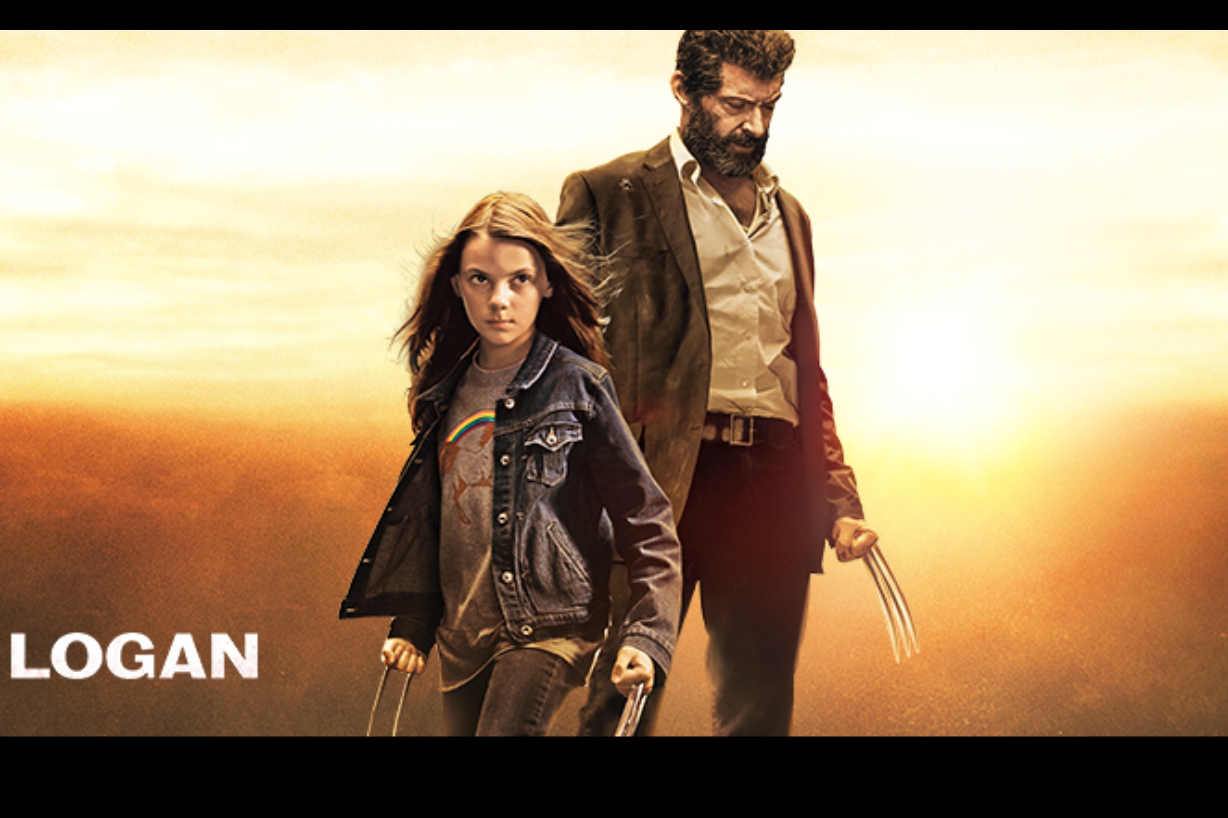 Not often do you see a trailer use both excellent visuals and music to convey the emotion of a story. Most times they just ruin a major plot point and then wonder why people get upset, looking at you Terminator Genesis. But the trailer for Logan captured the emotion of the film with the late Johnny Cash’s rendition of Nine Inch Nails’ Hurt. It drew me in, and the movie kept me.

The foreboding mood and sense of helplessness of the movie was felt from the start as we witness a burned-out and broken X-Man attempt to protect his limousine. He was so broken, he was looking to find an escape. He would do anything to find enough money to reach that escape.

Logan took that desire that many of us have and shoved it into our faces. I believe that is the reason the movie was such a success. For the first time, the invincible Wolverine was just one of us. He was broken by the world, and just trying to get back. And many of us were able to relate to that struggle. Logan should be on everyone’s watch list. 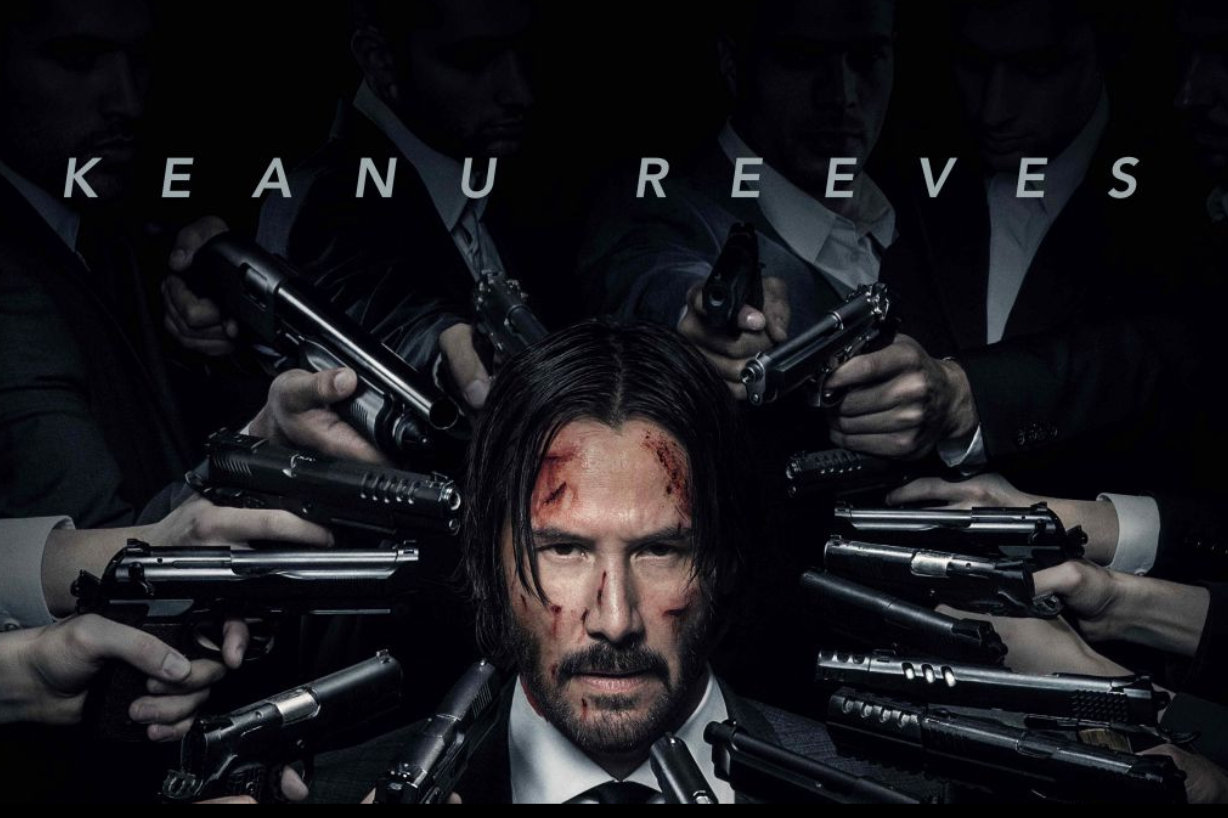 Keanu Reeves doesn’t get enough credit. Not only has his career been pretty good longer than most actors could even dream of, but he has helped create some of the most memorable movies of the last twenty plus years. The second installment of the John Wick franchise is no different.

What makes John Wick a good movie is that it doesn’t pretend to be something that it’s not. The movie just sticks to the script and gives the audience what we want, an action-packed gun toting hero on a mission to take out the bad guys. We go away with an enjoyable movie and the knowledge that you don’t’ mess with his dog…period.

After discovering a large bounty was put on his head, John Wick does what he does best. Judo’ing/Classical Jujitsu’ing the living crap out of people. As a long time martial artists, I highly enjoyed those parts of the film. The moves used, and the way they were executed added so much enjoyment. It’s not often that you see an actor take a role like this to the extreme. Not only training in the various martial arts displayed, but executing the technique in a crisp way that I felt that I needed to step up my own training.

Those are my picks for the Top 10 movies of 2017. Do  you agree or disagree? What were your top 10? Let me know in the comments below!