Thor’s Chris Hemsworth has one character and one person on the top of his mind on who he would like Thor to team-up with in the Marvel Cinematic Universe. That character is Hugh Jackman’s Wolverine.

I mean, Wolverine, just because I love that character, you know what I mean? I just love Hugh Jackman. Unfortunately, he died in the last movie, didn’t he?

In fact, he even wants to see Wolverine resurrected and Hugh Jackman return to the character.

We can bring him back to life… Now that you’ve informed me that it’s a possibility I’m going to get on the one phone and try to coax him over or convince him and see if he has one more in him.

Hemsworth isn’t the only one who wants to see Jackman return to the wily mutant. Ryan Reynolds has expressed interest in a Deadpool/Wolverine film.

While Jackman hinted he might return to the role early last year, he seemed to have definitely changed his tune by the end of the year.

He believes the “ship has sailed.” Although he “would like to see Wolverine in [the Marvel Cinematic Universe].

Regardless if Jackman returns to Wolverine, the premise Hemsworth sets up is rather interesting. Marvel actually released a digital series back in 2009 called Wolverine vs Thor. 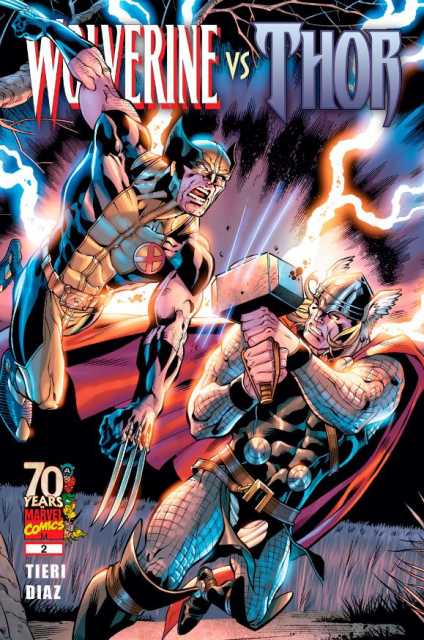 The story sees Wolverine suddenly wake up face to face with some of his worst enemies in a small diner in Oklahoma. However, he appears to be hallucinating and Thor appears to be Sabretooth in Wolverine’s mind. Thor then sets out to stop Wolverine. The ensuing battle is high-flying and action-packed and lives up to any fight between Wolverine and Thor.

It could be an interesting starting point for a possible Wolverine/Thor film or at least a subplot in an upcoming Thor or Wolverine movie. Who knows it could possibly even work as a way to bring the X-Men into the Marvel Cinematic Universe!