Godzilla: Monster Planet will come to Netflix Japan beginning Wednesday, January 17, 2018. A U.S. release date has not yet been confirmed, but hopefully it comes out on the same day. The film was originally supposed to hit the streaming service this past November.

We got our first look at the upcoming anime project back in August when the film released a 75 second teaser trailer.

The movie begins when humans discover the existence of Kaijus in the last summer of the 20th century. Humans battle the Kaiju for nearly half a century after their discovery, but their struggle always end in defeat.

Their battle has pushed their ingenuity to new levels and they’ve devised methods to escape Earth. Unfortunately, their plan to escape the planet hits a major setback when their potential new homeland is discovered to be uninhabitable.

Now Haruo, who saw Godzilla kill his parents at the age of 4 leads a group of “Earth Returnists” back to Earth. However, when they return, 20,000 years have passed and Godzilla now reigns supreme. Haruo and his Earth Returnists have their work cut out if they hope to reclaim the Earth. But with Godzilla at the top of the food chain do they stand a chance?

The movie is expected to showcase the largest Godzilla to ever grace the screen. The below fan-made poster shows just how much larger the Godzilla of Godzilla: Monster Planet is compared to other iterations of the giant monster. 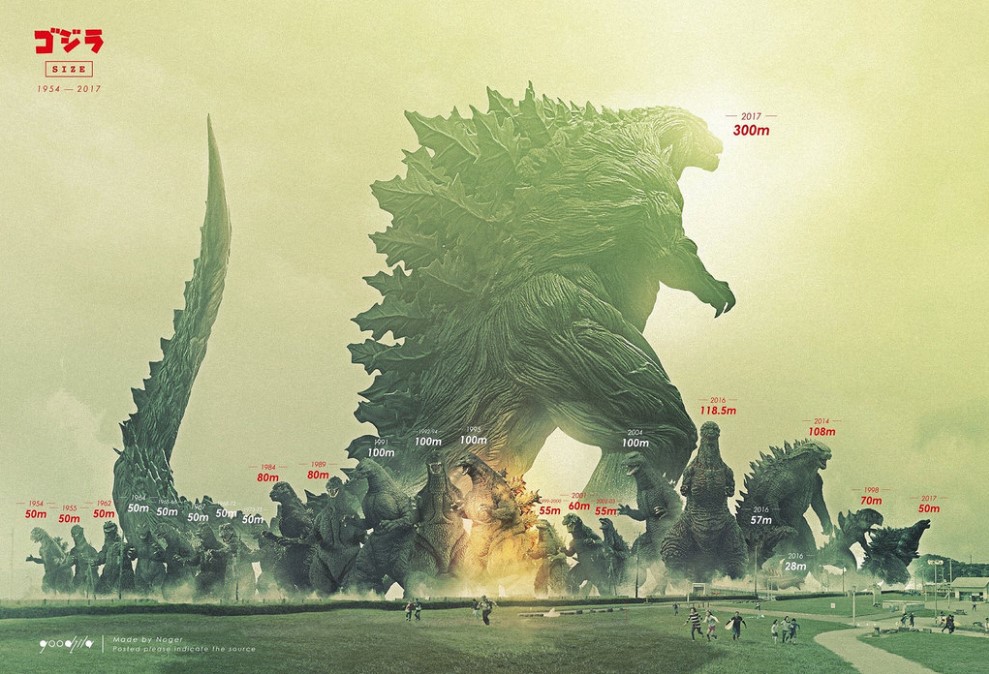 But when he’s had 20,000 years to gorge himself on all that Earth has to offer, you’d expect him to be enormous right?