Walter Hamada is the new President over at DC Films. He’ll be sharing duties with DC’s Geoff Johns. Needless to say, they have their work cut out for them. This means that there are sure to be some new developments at the studio.

There were quite a few ideas floating around the Warner Bros. and the DC Films camp over the last few years. Sequels to previous films, introductions to new heroes, building to new teams, and more. Plenty of projects promised those very worlds within the DCEU, and so few have been realized. Well, it’s apparently time to add two more names to the obituary.

Will Smith “starred” in 2016’s Suicide Squad. The film wasn’t good, but he did a pretty decent job. Considering his superstar status this led to talks of a Deadshot solo film.

Well, according to an exclusive from DiscussingFilm the film is not on Smith’s radar.

EXCLUSIVE: Will Smith is not attached to star in a 'DEADSHOT' solo film with his next appearance as Deadshot most likely to be in 'SUICIDE SQUAD 2' which is said to film next year. pic.twitter.com/aApUUZ2zOr

It’s good to hear some news about the character. There’s quite a few reasons to be excited about Suicide Squad 2. If the storytellers can manage to create a convincing story this time around, it’s sure to be a massive hit. Something Warner Bros. and DC Films are in dire need of.

The next bit of news is a little more surprising. The much-rumored Lobo film seems to be dead as well. Despite the fact that he more than deserves his own film, Lobo seemed like he could be an answer to Marvel’s Logan and Deadpool. But it is no more.

Mario Robles tweeted about the film’s demise in answer to the news about Deadshot.

It joins #Lobo now, on the "Island Of DC Films That Were Kinda Sorta Maybe Happening But Now Aren't." https://t.co/Zd3FlbG0DX

This is both good news and bad news. These are great characters. It would have been exciting and refreshing to see two anti-heroes get their own films.

But DC needs to get back to basics. Badly. 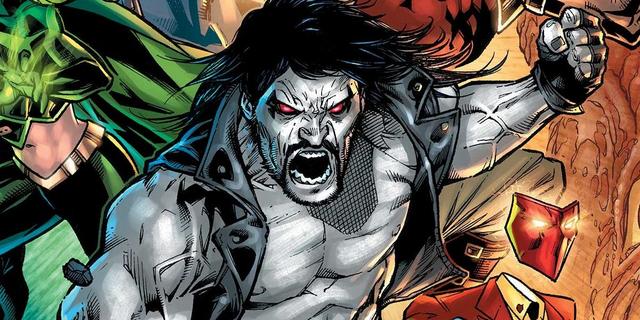 A space-based bounty hunter who’s nearly indestructible. A gun-touting maniac with the best aim in the business, and a calling card for those that can afford him. The two projects might have been too similar to release both. Lobo is a bounty hunter which is closely related to an assassin-for-hire. But they’re both among the many DC characters with limitless potential. The problem? For some time DC was thinking they needed an answer for every trend in comic book films.

Wonder why Justice League wasn’t so great? The generally agreed upon answer is that it was rushed. Because it was. And that DC was trying to cash-in on their own version of The Avengers. Which they were.

They paid for that mistake because audiences didn’t buy in. Justice League may remain the lowest-grossing film in this current DC Cinematic Universe. Now, isn’t really the time for them to be taking chances. And giving a film to the likes of one of Batman’s worst villains and a cosmic biker known as “the Main Man” would be taking a pretty big chance.

Back to basics isn’t a bad thing. Shazam has a great lead, and looks to be an exciting and new concept. Wonder Woman 2 is bringing the same team that brought the best DC film to theaters last year. Aquaman is the only release this year, receiving all the attention and care it deserves. Warner Bros. and DC Films are taking it slow. But in the end, they’re learning from their mistakes and investing in the right creatives.

Someday soon audiences may get to see characters as violent as Lobo and Deadshot star in their own live-action tale. If the R-rating superhero trend continues to remain a success, DC will surely want in on the fun.