A question posed by Robin in a teaser trailer for Teen Titans Go! To The Movies, the upcoming animated film starring everyone’s favorite teen superheroes. As most know, Cartoon Network has been home to the Teen Titans since its first inception. That iteration was a continuation of Justice League: The Animated Series starring Batman’s sidekick and his merry band of misfits. The show was great and featured some incredible characters and excellent animation.

Go! is the follow-up series to Teen Titans. The problem? The animation and writing styles are completely different. The juxtaposition is almost comparable to The Simpsons and Family Guy. The former told original stories that built the characters and establish a living and breathing city and town with hundreds of characters. Family Guy tells quick humor that doesn’t need an introduction. Everything is for the sake of a joke, even the story of the episodes.

That’s how many feel about Teen Titans Go! despite the fact that it features many of the same creators and voices from the original series. But the show is successful and, most importantly, for kids.

So the Teen Titans are Going To The Movies on July 27th later this year. Fans and audiences will get the chance to see the Teen Titans in an actual theater. The team behind the film announced a full-length trailer that will release tomorrow with a brief teaser.

While they aren’t the first ones to make fun of the new way major films get marketed, this is pretty funny. The show clearly has an audience for a reason. But that wasn’t the only bit of information that came out about the film.

Not only did we get our first teaser trailer, but we also got our first poster too! 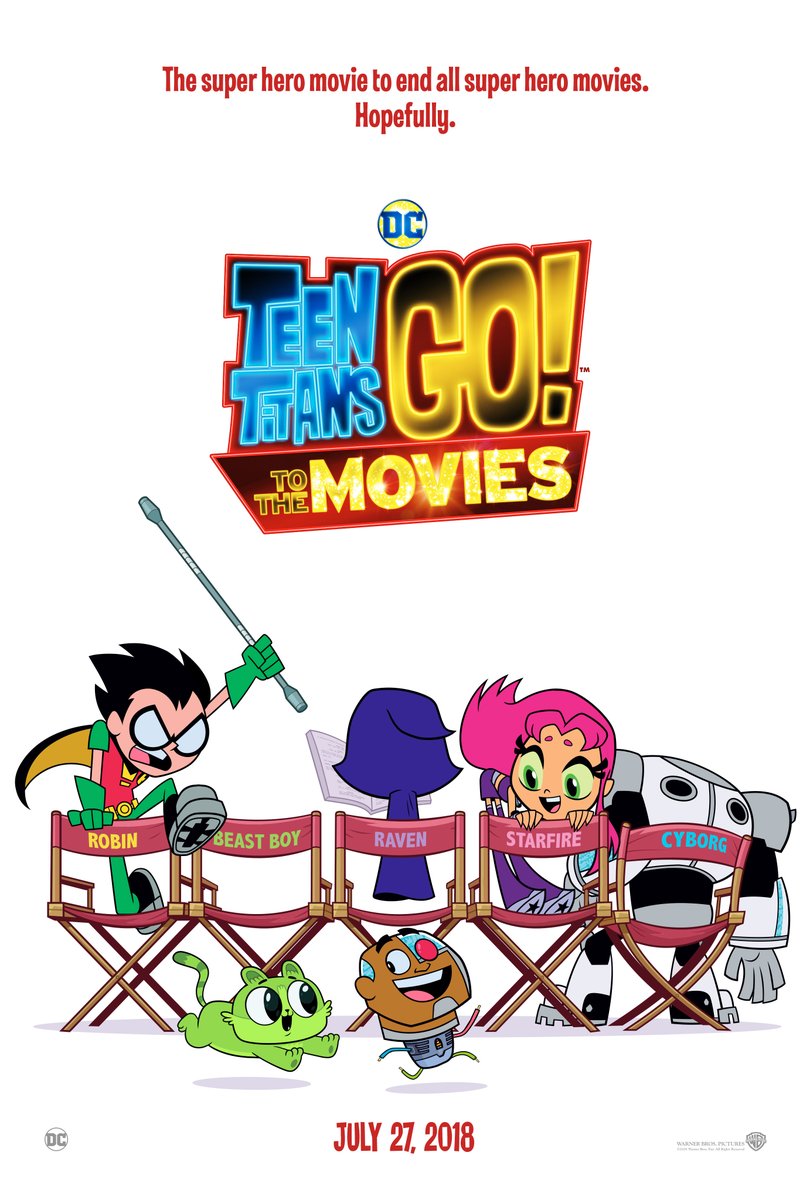 There are some interesting names among the cast…

Considering this is an actual film it’s no surprise there are some big names among the voice-cast. Kristen Bell is a great actress in her own right. But her role in Frozen is more than iconic, and makes her presence a welcome sight. But that’s nothing compared to the other name…

To call Will Arnett’s Batman the highlight of The Lego Movie is an understatement. The performance and character was so good it spawned its own film in the form of The Lego Batman Movie.

Will Arnett be reprising his role as Batman in the Teen Titans movie? Perhaps. As of right now Will Arnett’s listed as voicing a “new character.” It’s more than likely that the new character will be revealed in tomorrow’s trailer. But there’s still a chance that one of the classic DC characters will be making a cameo.

And who better to voice Robin’s former partner than the one already voicing him on the big screen?

Teen Titans Go! might not be the kind of Titans movie most fans want to see in theaters, but it’s a start.