**Warning Spoilers for Thanos #15 Below**

Thanos and his trusty sidekick the Cosmic Ghost Rider have defeated nearly everyone in their path in the distant future of the Marvel Universe. There is only one foe who stands in Thanos’ way before he can truly receive the affection he desires from Death. It’s the reason why he had the Cosmic Ghost Rider bring his younger self to the future. He needs help to defeat this foe.

But before the two take on this newly revealed foe, younger Thanos takes a tour of older Thanos’ current digs with the Cosmic Ghost Rider. They specifically visit the lower cells where the dog is kept. But it’s no ordinary dog, it’s the Incredible Hulk. It appears, like Thanos, the Incredible Hulk has survived millennia into this distant future. And he’s now being kept locked up in a pit and fed the scraps from Thanos’ meals. 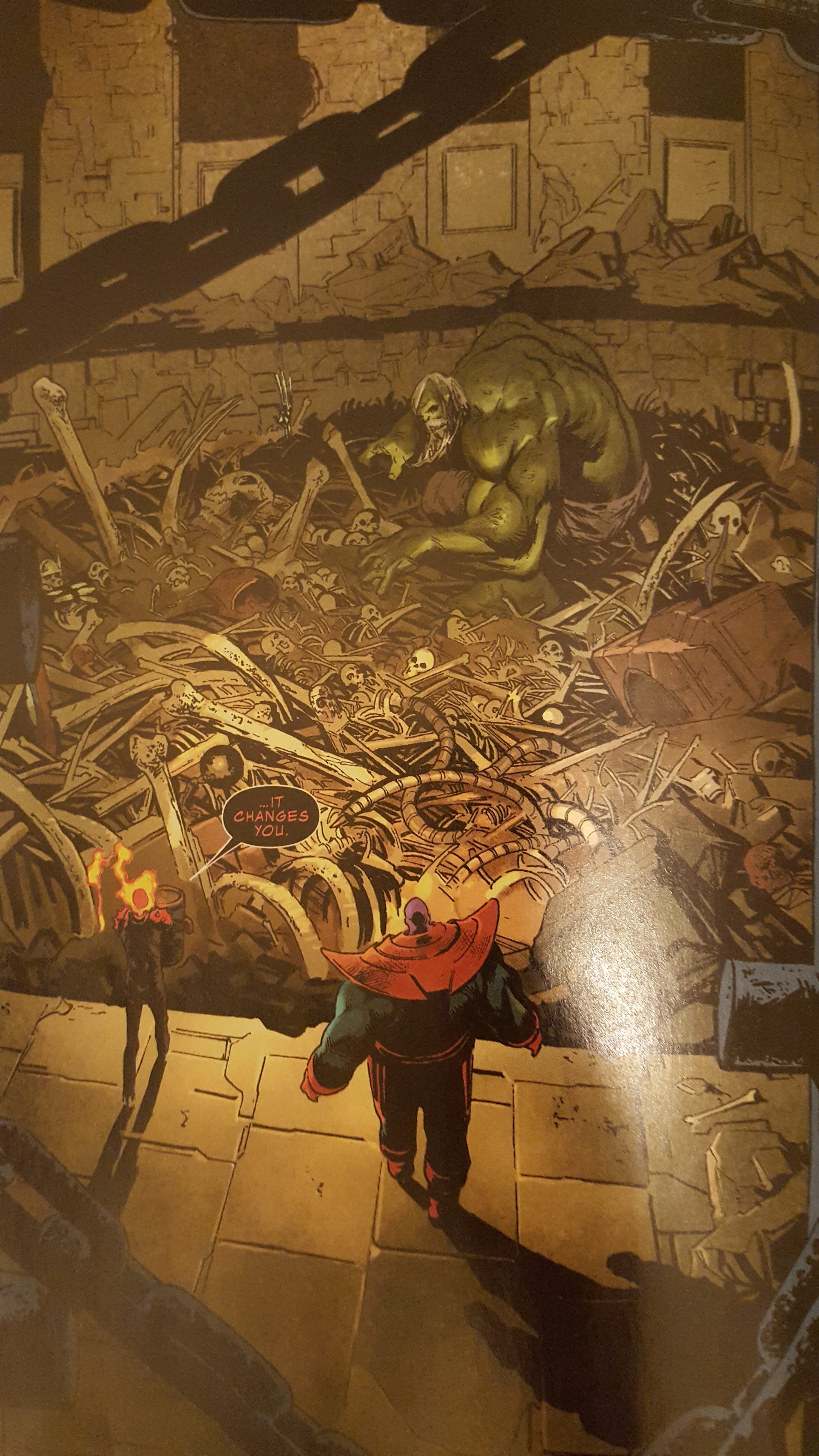 But the Incredible Hulk being tied up and treated like a dog isn’t the worst of it. The Cosmic Ghost Rider reveals what kind of treats they’ve been giving the Hulk. He tells younger Thanos, “You shoulda heard the @#$% that came outta Steve Rogers’ mouth when we fed him to the dog here…Man, oh, man.”

That’s right Thanos and the Cosmic Ghost Rider fed Captain America to the Incredible Hulk. And if the pile of bones surrounding the Hulk’s pit is any indication, it looks like he feasted on a number of Earth’s Avengers.

If you haven’t been reading Thanos, you are missing out. Head to your local comic shop and buy it now. Donny Cates and Geoff Shaw are putting together the best Marvel book on the shelf right now!