A Superman for Tomorrow

“The S stands for hope.” A very simple line. Almost too simple. But one that digs into the themes of Superman. Man of Steel wasn’t the best Superman film, but it had some great moments. Henry Cavill played a wonderful Superman; Snyder created a beautiful and vibrant world for him to destroy. It has its faults, but it was a decent start. Then DC went ahead and continued making films. Henry Cavill’s Superman has had about 15 minutes of screen-time spent saving the world since then. And it all came at the end of Justice League. One thing became abundantly clear for the team as well as DC fans around the world as the film went on: the need for Superman.

Justice League was an okay film, but a big misstep for a studio and publisher already in hot water with audiences. There are more than a few reasons why the film underperformed at the box office. And the long list of films that DC and Warner Bros. were looking to make will likely suffer because of it. So what exactly is going to happen now that this Universe likely won’t be as “cohesive?” A return to single-superhero franchises.

Whoever will soon be playing Batman will soon be headed over into Matt Reeves’ world. Patty Jenkins and Gal Gadot will soon begin production on Wonder Woman 2. And there are a couple of new superhero films in the works.

But what about Superman? The Justice League didn’t just bring Superman back from the dead, they essentially fixed the character. The Man of Steel that joined the team at the end of film is the one audiences have been waiting years to see.

So now that Superman is finally Superman, what are Warner Bros. going to do with him?

Zack Snyder’s best film in the DCEU is his first one. Man of Steel didn’t get everything right. But Cavill was a great Superman, Shannon a great Zod, and the action was superb. Action that has only been outdone by the likes of Patty Jenkins in her “No Man’s Land” sequence. But why haven’t the studios been able to capitalize on the first glimpse of hope?

Snyder’s vision is part of the problem. It took three films for Warner Bros. to realize things weren’t going the right way, and now they’re literally paying for it. So to put the best foot forward they need to find a direction for that foot to go in. Recently, there have been rumors that Kick-Ass, Kingsman, and Layer Cake director Matthew Vaughn has had a few conversations with the studio. All signs point to Man of Steel 2 being the subject of the conversation. However, his films don’t scream “hopeful, bystander-saving Superman.” But with a good story he can create a great film.

So they may have a director, and they certainly have one hell of a star. Henry Cavill was the first superhero in this Universe and he is arguably the best. His performance has always brought to life Clark Kent whatever conflicts or ideas the screenwriters put to the page, but Cavill looks most like Superman when he’s just smiling. When he easily defeats Steppenwolf at the end of the film he just looked and felt like Superman. Like the kind of character everyone can look up to. Give him a great villain and let him save Metropolis. The story doesn’t need to be complicated. 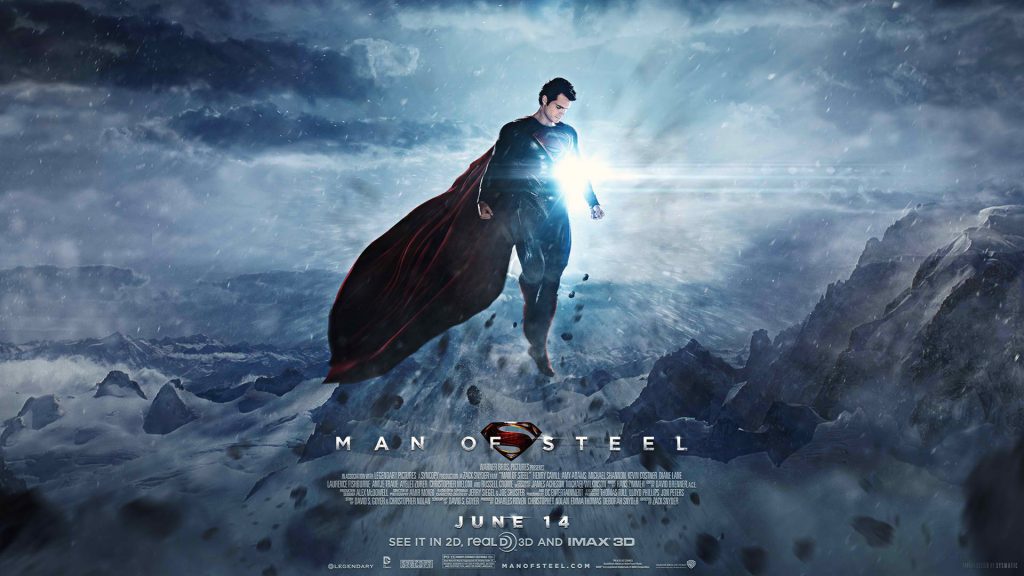 It’s time for Henry Cavill to get his own Wonder Woman. No, not a period piece directed by Patty Jenkins. A beautiful and simple superhero film that gives the hero an adventure and a purpose. One that best displays the traits that make that superhero so wonderful. Gal Gadot did a great job of bringing that character to life, but Cavill has been doing that since the very beginning.

Despite his character always being conflicted or misunderstood, Henry Cavill’s Superman has always been genuine and kind-hearted. He’s had to interpret the scripts he’s given, but once again, nothing looks more like Superman than Cavill giving a smirk. The kind of lighthearted looks and quips that made the end of Justice League so fun. THAT’S the kind of film this actor deserves.

He’s been putting on one helluva show in red and blue for five years. Though many fans disagree about the quality of the films in which he’s depicted the character, most can agree that it hasn’t felt quite right yet. That this Superman has been waiting for his moment in the sun. To truly help mankind accomplish wonders.

Since Walter Hamada is likely hard at work looking for answers to Warner Bros. and DC’s problems, Man of Steel 2 could and should be one of them. A simple story that reminds audiences just how super Superman can be.