Filmmaker Dan Mintz has just bought Valiant Entertainment and will incorporate the company into his Beverly Hills-based DMG Entertainment. Mintz had previously held a significant stake in Valiant since 2014, but now takes complete ownership of the company and its more than 2,000 characters including X-O Manowar, Bloodshot, Eternal Warrior, Ninjak, Harbinger, and more.

“Our priority is to build upon Valiant’s vast universe of characters from a filmmaker’s perspective,” says Mintz.  “I’m excited to immerse Valiant’s fans well beyond the stories we tell cinematically — from publishing to gaming to theme parks and beyond.”

“I’ve been greatly impressed with Dan’s filmmaking expertise, his ability to monetize global markets, and his willingness to invest his own capital,” says Neal Moritz. “I look forward to working with him as we bring Valiant’s incredible IP to the screen.”

Mintz and DMG Entertainment are no strangers to the comic book movie landscape. He recently financed Marvel Studios’ Iron Man 3 and Rian Johnson’s Looper starring Bruce Willis and Joseph Gordon-Levitt. They also just partnered with James Cameron and Studio Canal to bring Terminator 2 back to theaters in 3-D. 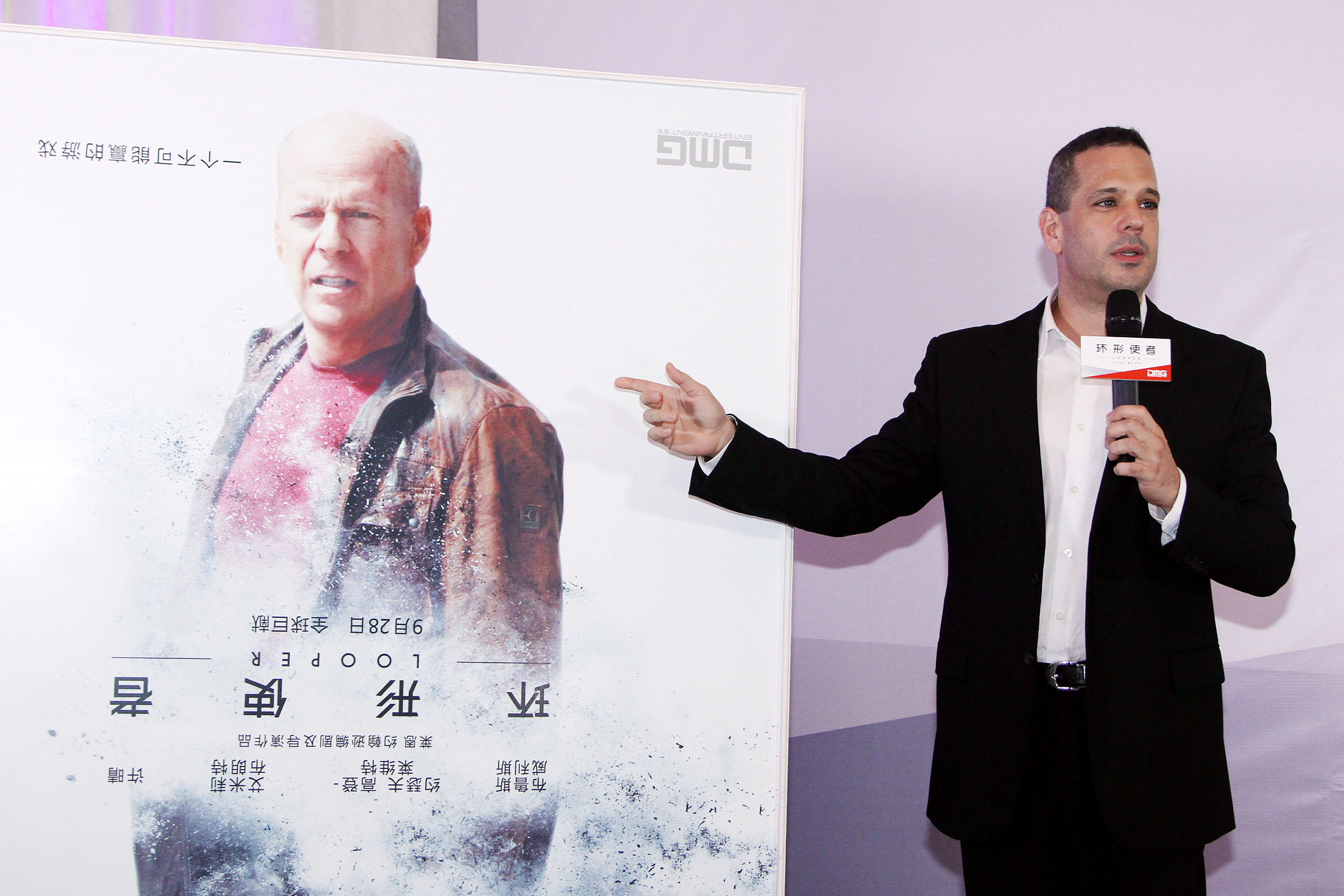 Not only have they worked on the movie side, but DMG Entertainment has also partnered with Hasbro to bring Virtual Reality Transformers Centers to China.

As one of the most coveted and critically acclaimed contemporary libraries in the comic book medium, Valiant is poised to emerge as the global leader in multi-platform content under Mintz’s creative vision,” said Valiant Chairman Peter Cuneo.

Valiant already has a number of movies in development including Bloodshot and Harbinger feature films with Sony Pictures and Original Film. Vin Diesel is the latest actor rumored to become the nanite-infused powerhouse, Bloodshot. A Quantum and Woody television show with the Avengers: Infinity War directors Joe and Anthony Russo producing. CBS Studios and The CW are adapting Dr. Mirage to television as well. There are also film projects featuring Shadowman, Archer & Armstrong, Eternal Warrior, and X-O Manowar in development. Guardians of the Galaxy star and WWE Legend Dave Bautista is attached to star in Eternal Warrior.

Mintz told The Hollywood Reporter, “The plan is not to go in there and take apart what’s working.” However with the purchase there are number of changes happening. Acting CEO Dinesh Shamdasani, who resurrected Valiant with Jason Kothari in 2012, will be leaving the company.

One of the big changes Mintz promises is bringing the current comic book writers closer to the filmmaking process. “You can expect more strong storytelling with a defined road to other platforms. I’m also looking forward to bringing the writers close to the filmmaking process, which is something that is also important, and not keeping them siloed into the comic book area.” He also wants to really expand Valiant’s footprint in  motion pictures. “This is about taking it to the next level. I am not looking on expanding from a publishing standpoint but from a motion picture standpoint.”

DMG Entertainment is currently valued at more than $6 billion. It is currently working on Chappaquiddick starring Jason Clarke and Kate Mara as well as Blockers starring Leslie Mann and John Cena. Both films are expected to hit theaters this year. The value of the deal was not disclosed. Mintz did say, “You don’t step into something like this lightly. You don’t want a very expensive pet.”

This looks to be a pretty great move for Valiant Entertainment and could fast track some of their movie projects that have seemingly been languishing in development.