It appears the show will be very much like what Gotham has done with Batman. It will follow reporter Lois Lane and soon to be supervillain Lex Luthor in their journeys throughout Metropolis. It sounds very similar to Smallville to me. But instead of focusing on Clark Kent, they will shine a bigger spotlight on Lois Lane and Lex Luthor.

The show has already received a 13-episode order and is expected to debut on DC’s unnamed exclusive streaming service. DC and Warner Bros. are hoping the show will be ready to debut in 2019. They expect production to begin sometime this year.

The show will be helmed by Gotham Executive Producers John Stephens and Danny Cannon. The two will also write the story for the show. In fact, Stephens is expected to write the screenplay for the pilot episode while Cannon will direct.

We also got a glimpse of some concept art for what Metropolis will look like in the show. As would be expected, it’s much brighter than the gloomy Gotham even at night! 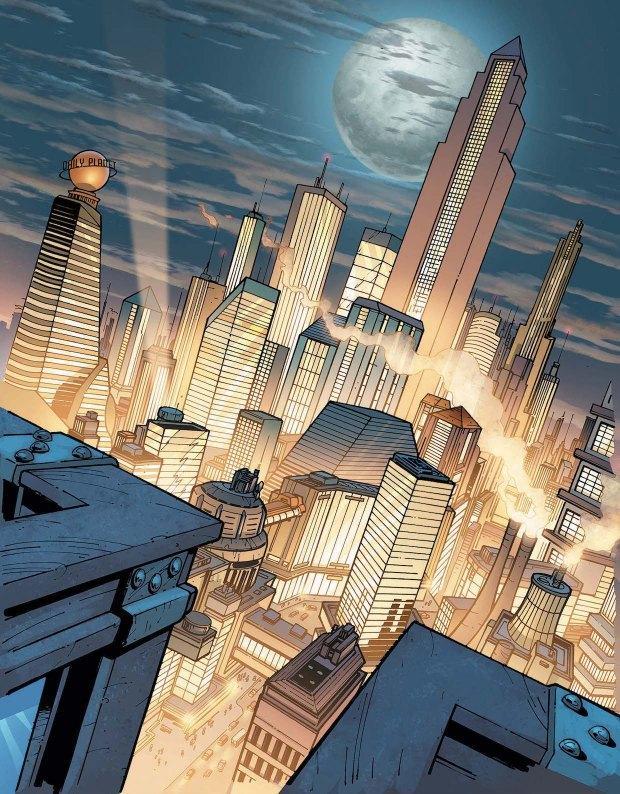 The DC streaming service now has four different shows lined up to debut. Including Metropolis, they have the live-action Titans which will showcase the team of Dick Grayson, Starfire, Rave, Beast Boy, Hawk, and Dove. Along with Titans there is an animated Harley Quinn series in development. It is expected to be adult-oriented and have a R-rating. Finally, DC also has Young Justice Outsiders lined up. The team will include a number of returning members, but also add new members Spoiler, Thirteen, and Arrowette.

Are there any other DC Comics shows you want to see Warner Bros. bring to the DC Comics streaming service? Personally, I would love to see a Justice League Dark series with Zatanna, Etrigan, Constantine, and more. I think the supernatural side of DC Comics is an untapped resource just waiting to be explored!