**Warning Spoilers for Phoenix Resurrection #5 Below**

Phoenix Resurrection #5 provides a major change to the status quo of the X-Men and the Marvel Universe at large. The humongous change is the return of Jean Grey and her absolutely stunning new outfit. However, Jean’s return is anything but peaceful.

The Phoenix Force will not let a prize like Jean Grey go away so easily. In fact, the Phoenix Force tempts Jean Grey to bond so the two “can be Gods,” or “transcend this place,” or “hide together,” or “become [Jean’s] best self,” or even “simply go back to the way things were before any of this. We can forget any of this happened.”

But even before the Phoenix Force makes these grand offerings, it resurrects another X-Men in order to lure Jean to its side. That X-Men is Jean’s husband Scott Summers aka Cyclops. 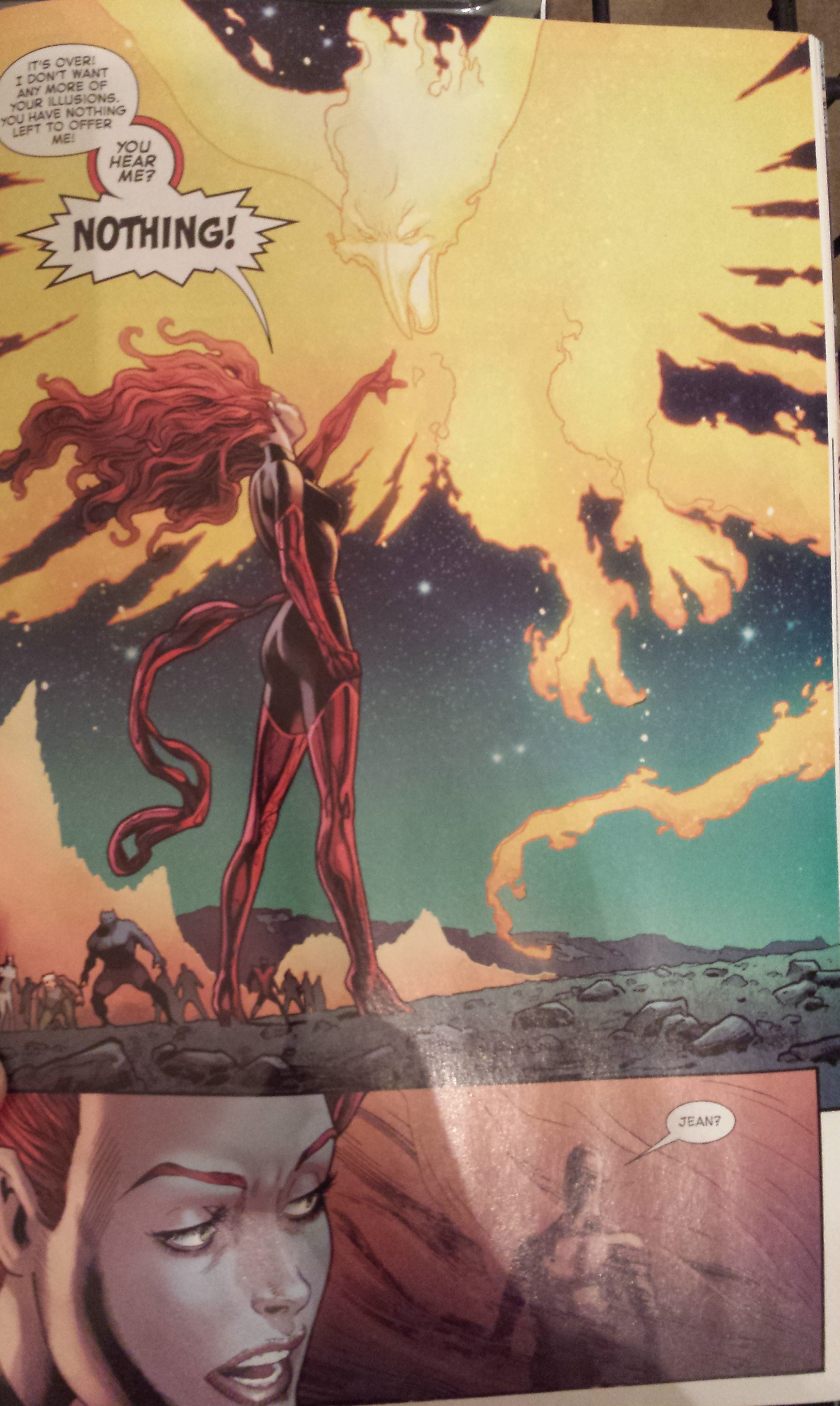 The Phoenix Force brings him back to life. However, when Jean first encounters him, she believes him to be a vision. Or at the very least a tool of the Phoenix Force in order to convince her to bond with the elemental force. 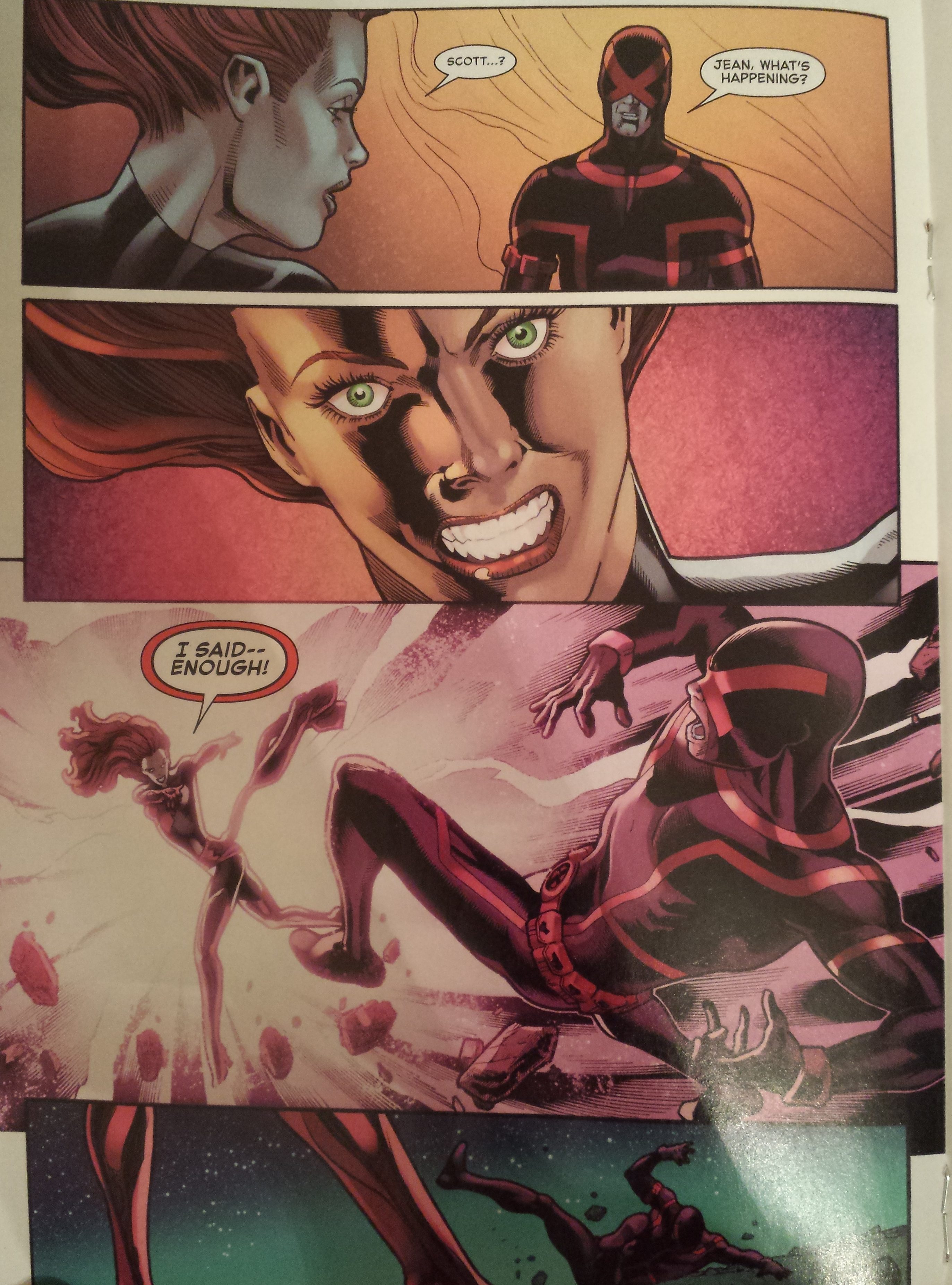 But as you can tell, Scott is rather confused to what is happening. He even asks Jean what is going on before she sends him flying through the air with her mind. However, once Scott makes it apparent he isn’t going anywhere, Jean uses her psychic abilities to determine that Scott is real. She even taps into his memories to discover how he died. 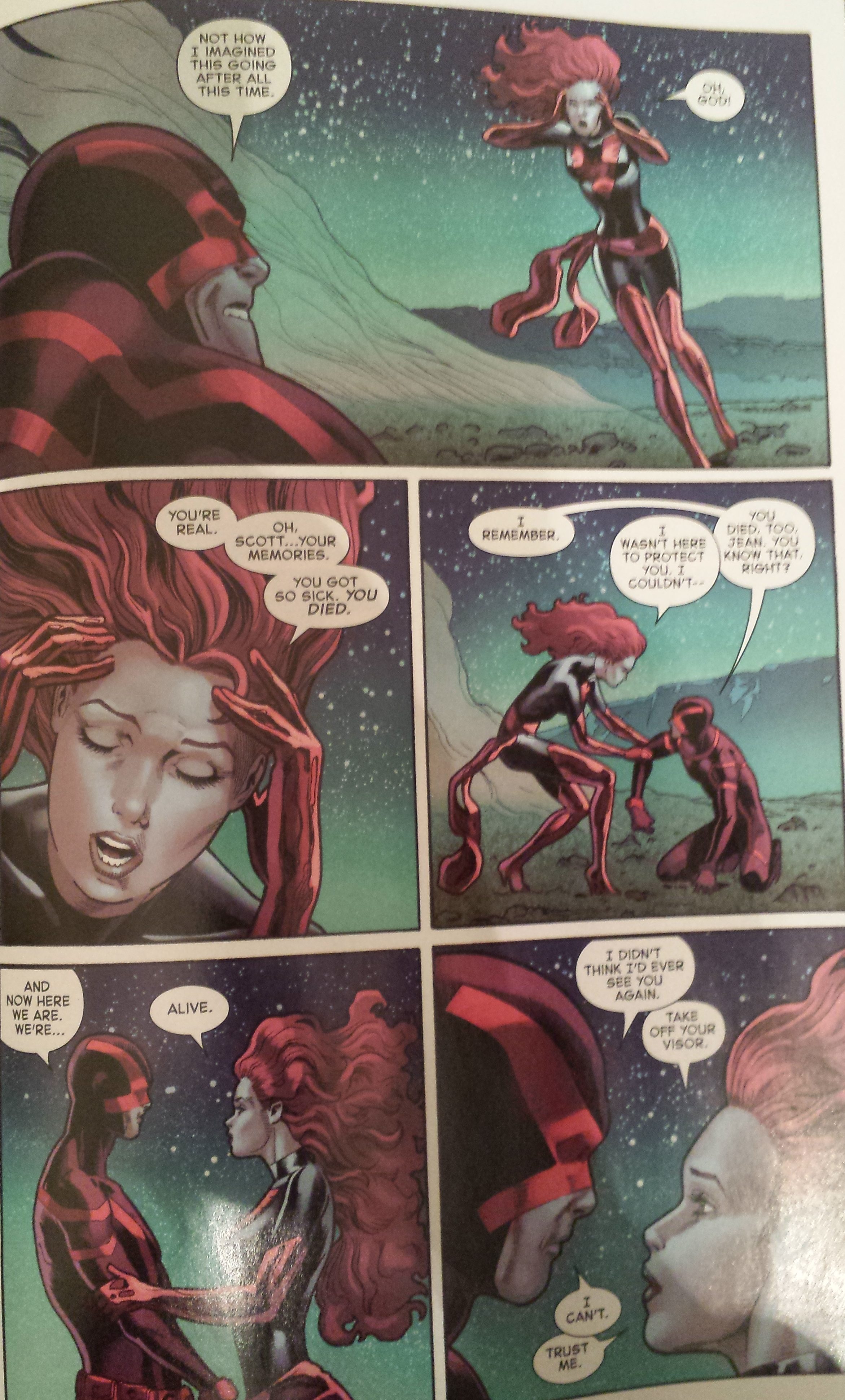 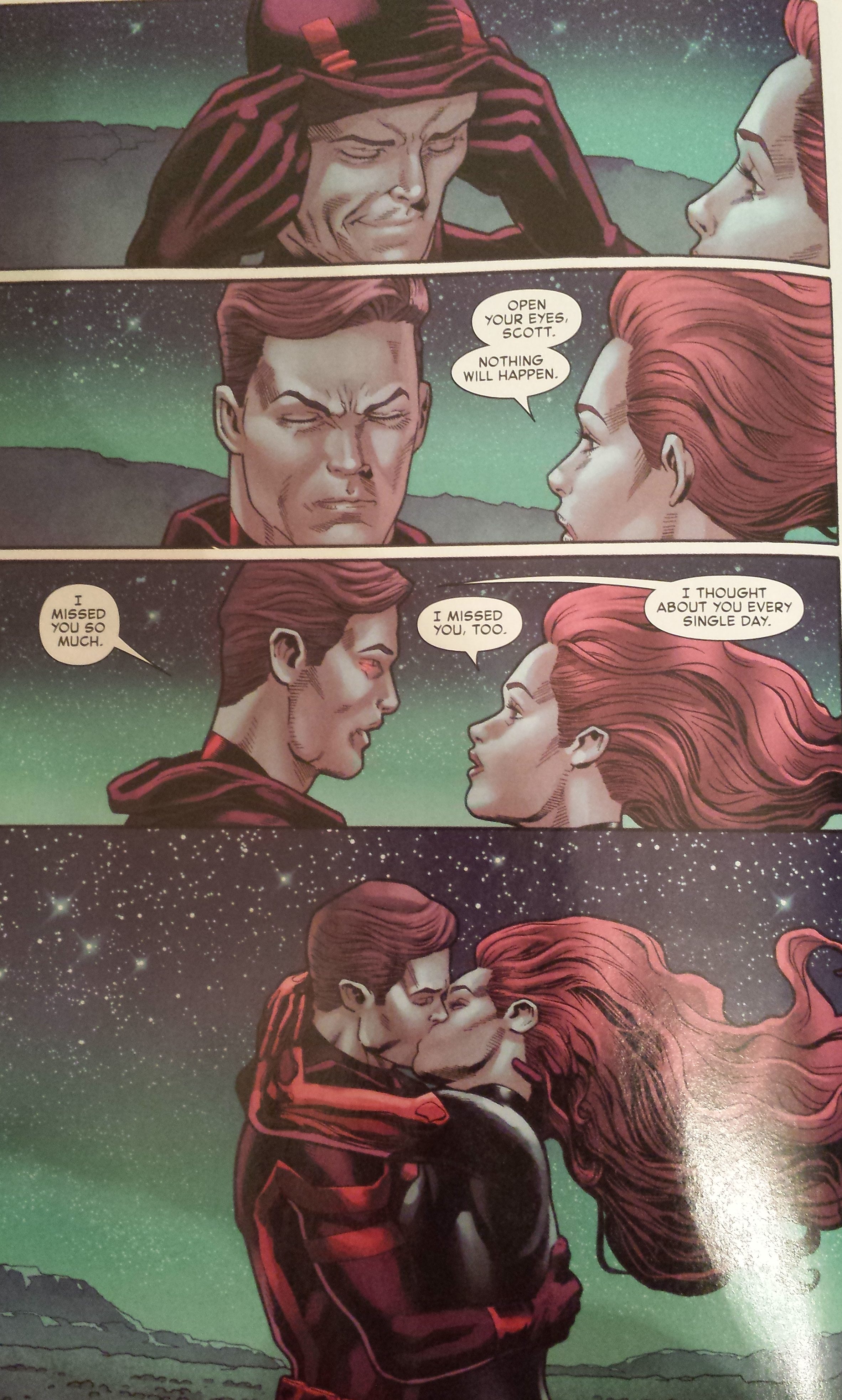 Unfortunately, it is short-lived. Jean sees the return of Scott Summers for what it is. It is a ploy by the Phoenix Force to win her over. It’s a temptation for Jean. One she does not fall for. In one of the most heart-wrenching moment of comics Jean tells Scott, “We were better off dead.” 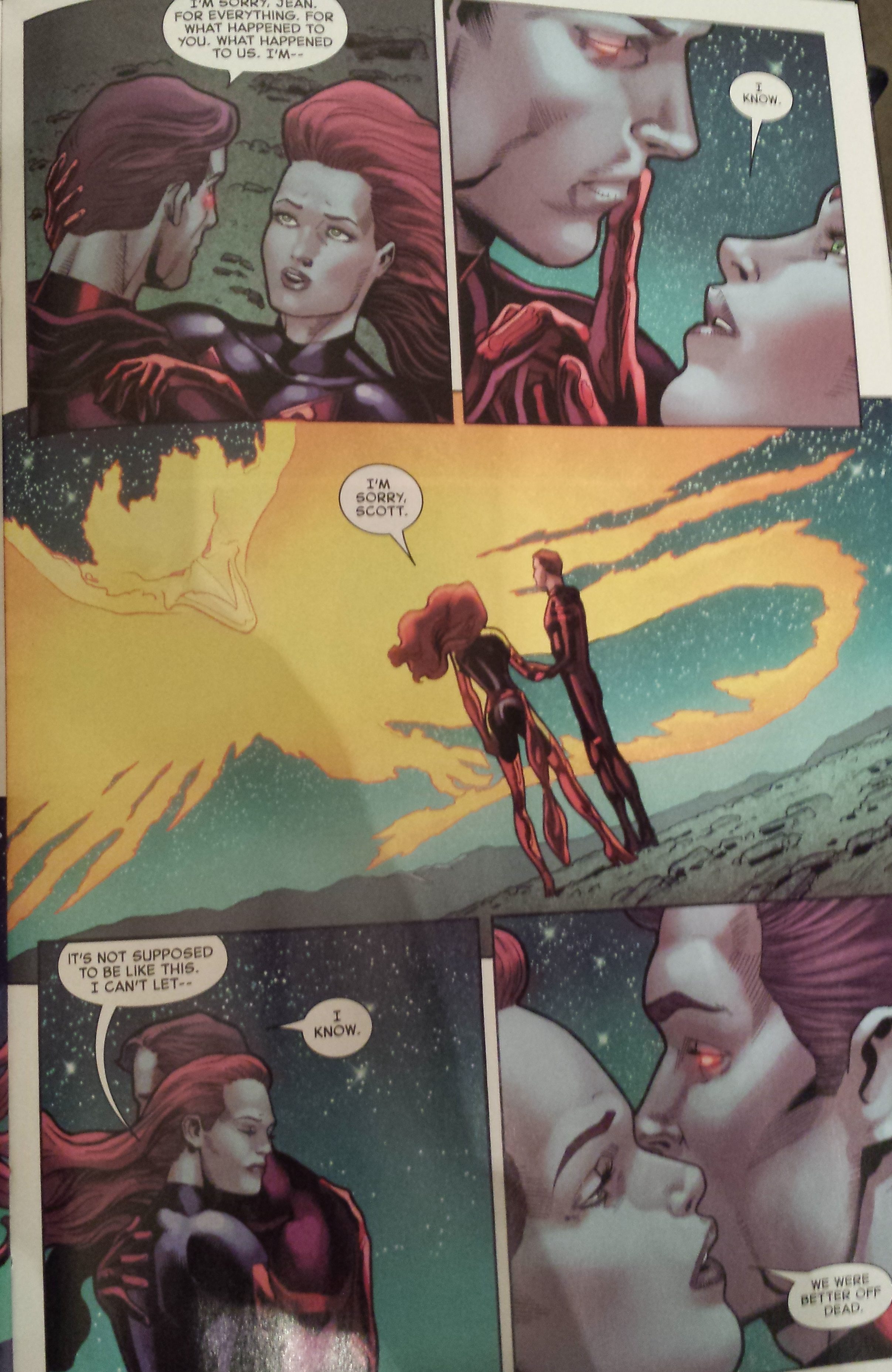 In that moment, Jean Grey says goodbye to Scott Summers. She allows him to die. 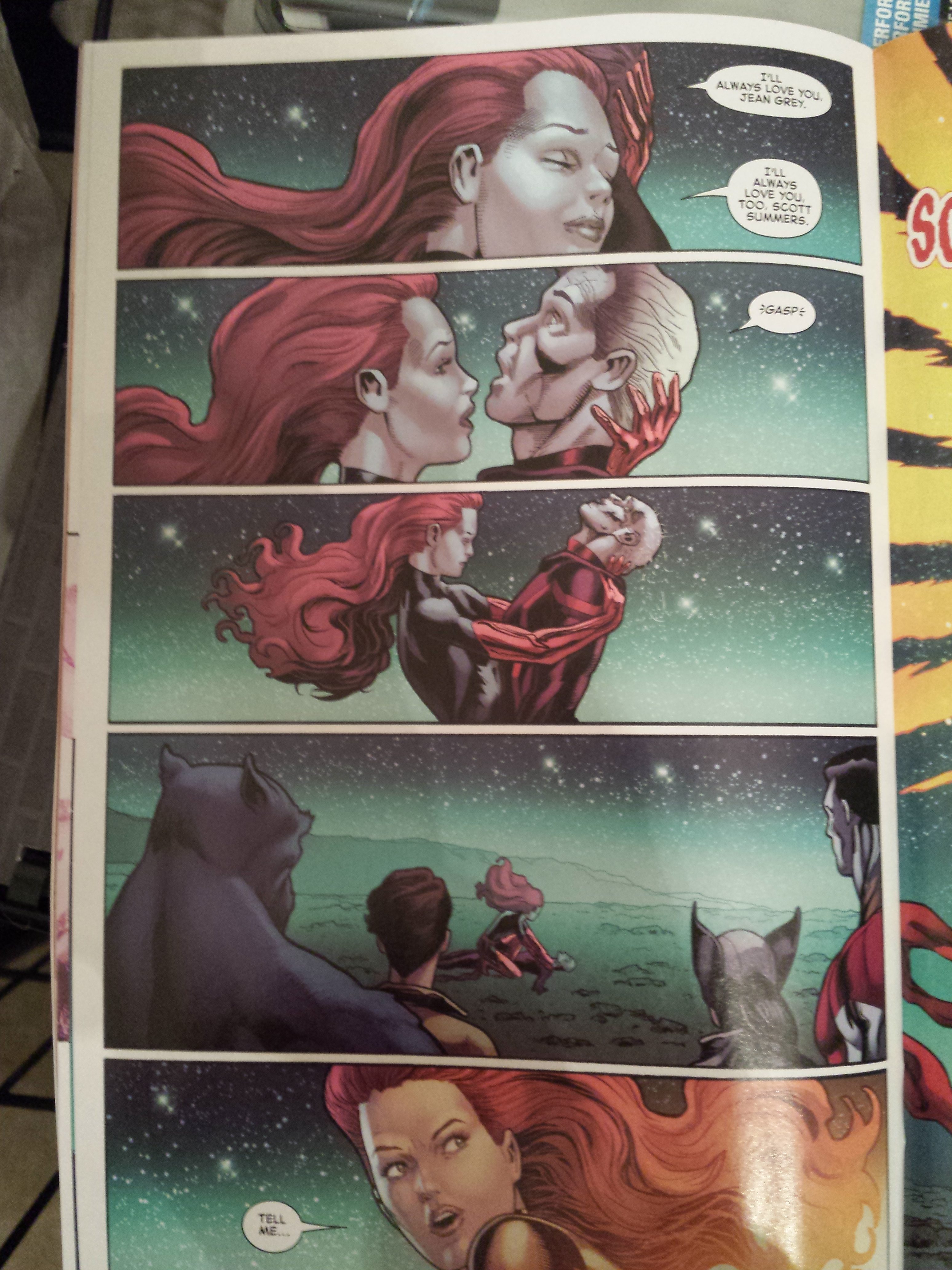 The return of Scott Summers might be the shortest resurrection in comics history. He only lasts six full pages before he eventually dies again. Talk about playing with readers’ emotions. It’s an absolute gut-punch, but it also showcases what the Phoenix represents, life, death, and rebirth.

This is the type of story Marvel needs to be making more of. This is one of their best issues outside of Thanos that I have read in a long time. I suggest picking this book up just for this issue alone. You don’t really need to read any of the other issues of Phoenix Resurrection.