**Warning Spoilers for Marvel 2 in One: The Thing and the Human Torch Below**

Chip Zdarsky has been churning out one of the best Marvel stories on the shelves right now in Marvel 2 in One: The Thing and the Human Torch. This month he pairs up with artist Valerio Schiti and colorist Frank Martin.

The Thing and the Human Torch have been on a mission to discover where Reed Richards, Mr. Fantastic, and Sue Storm, the Invisible Woman, disappeared to. Richards left The Thing a technological marvel called the Multisect that allows them to explore the Multiverse and find out where exactly they are. However, the two have their own problems before they can begin searching the Multiverse for Reed and Sue.

While the two heroes attempt to solve the problems with their powers waning, there are villainous forces at work and it’s not just Doctor Doom. The Mad Thinker realizes something about the current Marvel Universe is not right. And he questions, “What do we do when Reed Richards is missing? 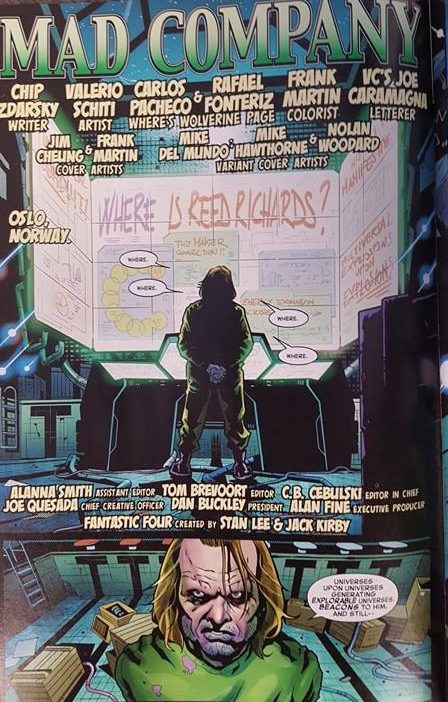 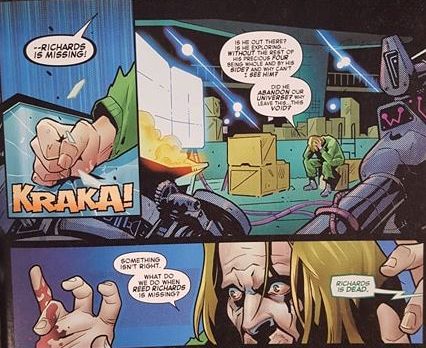 The Mad Thinker realizes there’s a void in the Marvel Universe with Richards and Storm lost to the Multiverse. And he has a dastardly plan to fill it. 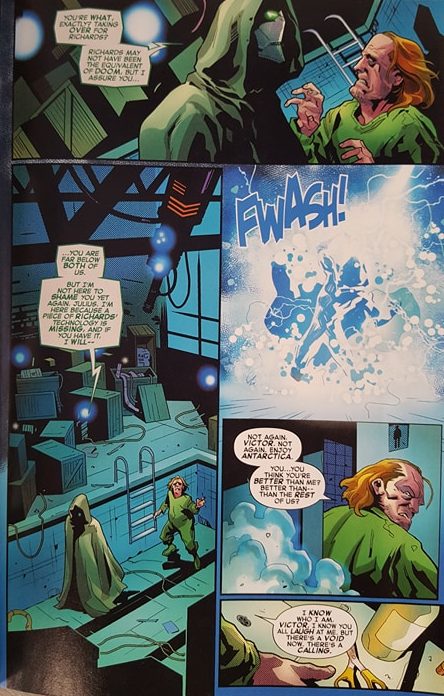 The Mad Thinker plans to become the Marvel Universe’s Reed Richards. In fact, he even bests Doctor Doom before revealing one of his most insane, but probably brilliant ideas yet.

“I’ve spent too long stumbling, attempting to best men like Richards. But the truth is, the world — the universe — doesn’t need the Mad Thinker. It needs Reed Richards. You — you think you can fill the void of Stark, Victor? Well, I’ll fill a void as well…myself and…the new Fantastic Four.”

That’s right The Mad Thinker becomes Reed Richards and he just might be able to help solve The Thing and the Human Torch’s problems with their powers. 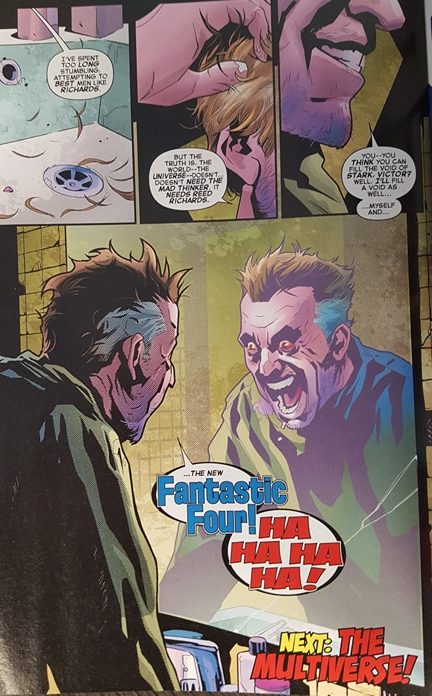 Now the question remains will the Mad Thinker’s plot be able to help Human Torch and The Thing with their power problems or will he attempt to manipulate the new Fantastic Four for his own ends?