First the duo brings back one of Marvel’s most beloved characters, then they showcase who controls each of the powerful Infinity Stones. They even hint at possible contenders who could collect the Infinity Stones such as Adam Warlock and Thanos.

But maybe the most impactful moment of the entire comic is the first causality in the Infinity Countdown. And it’s an absolute savage fatality. I mean Deodato must have been playing some Mortal Kombat before he drew this page because there is absolutely no mercy left in the absolute brutal and savage kill he depicts.

Magus, who controls the Soul Stone, begins giving a typical supervillain monologue to the Contemplator all because he hints at the possibility of Thanos acuiring the Power Infinite. But his vainglorious monologue ends up being his own undoing. He is easily ambushed from behind by none other than Hank Pym. Pym shoves his robotic arm straight through Magus’ chest and lifts him clear off the ground. 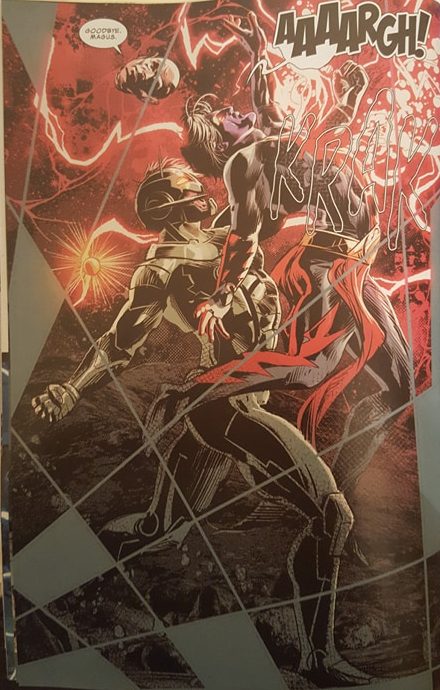 He then brings his arm back down and let’s the bloody corpse of Magus fall to the ground. 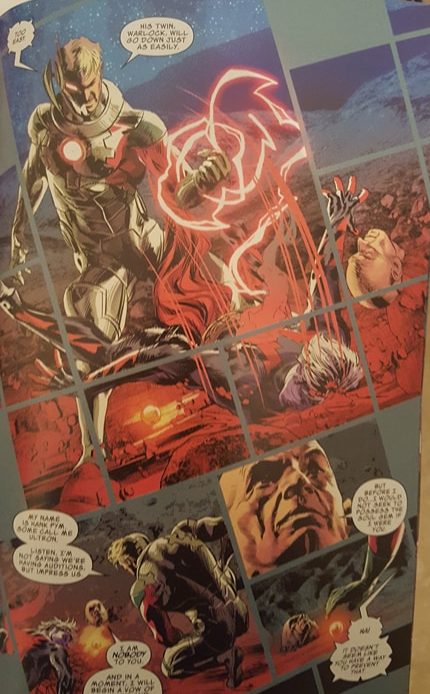 Hank Pym then claims the Soul Stone for himself. However, it doesn’t go as well as he hopes it would go.

But more importantly, this fatal attack by Hank Pym has already thrown a wrench into both Kang the Conqueror’s machinations as well as Adam Warlock’s, who vowed to aid Kang in saving the Marvel Universe.

No longer is Magus in possession of the Soul Stone, but Hank Pym now wields it and he might be in a completely different location before Adam Warlock arrives to confront who he thinks will be his twin. This drastic change in the possible future bodes ill for the Marvel Universe and could lead to massive devastation and the vision Adam Warlock had of most of the Marvel Universes’ heroes falling. Only Gamora remained alive, but she bent the knee to the wielder of the Power Infinite. 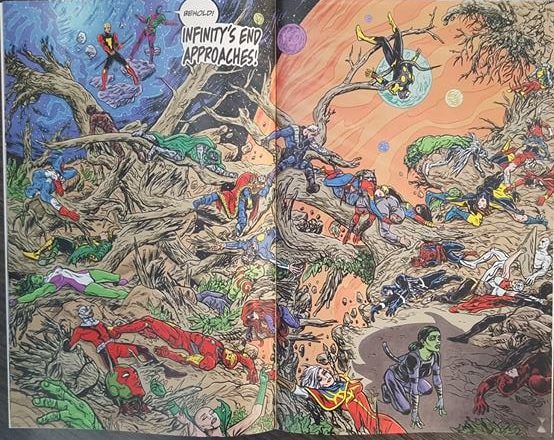 With the death of Magus, will the vision of Infinity’s End come fruition?