Mark Millar’s first comic book project through Netflix is finally here and it will be published through Image Comics.

The newly announced The Magic Order will be a six-issue miniseries with art work by Olivier Coipel. 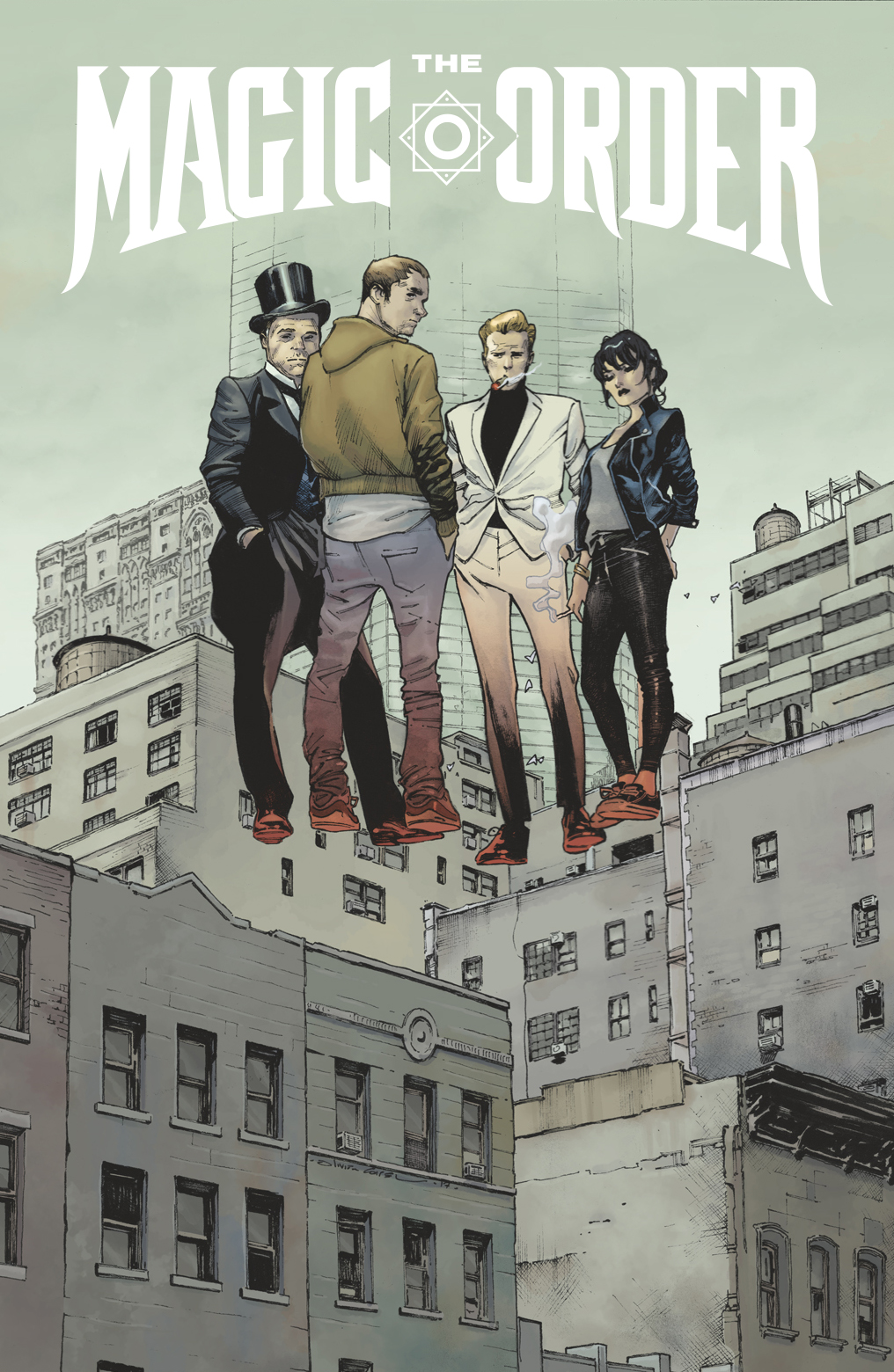 The Magic Order will introduce us to a world where we’ve never seen a monster. And there’s a reason for that. The Magic Order ensures we sleep safely in our beds. Five families of magicians have been tasked with protecting the world. By day they live among us. They could be your neighbors, your friends, or even your co-workers. But at night they are the sorcerers, wizards, and magicians that protect us from the forces of darkness.

However, the families have come under attack. They are getting picked off one by one. Will the families be able to discover the root of the encroaching darkness or will the darkness get them first?

Millar describes the book as a dark fantasy, “We wanted to make a splash with our first book for Netflix, and this is it. I love dark fantasy and there’s an enormous gap in the market for something like this. Netflix hiring Olivier has also made me the happiest guy alive.”

The Magic Order sees magic meet the mob. The first issue is expected to arrive sometime this Summer.

Not only did Millar announce The Magic Order, but he also dropped some pretty big hints about a returning series.

Millar noted, “Just finished the final script of a returning series you’ll see launching at the end of the year and it’s all just going to the artist now. I swear to God I’ve never been more proud of any script. Two clue: Corbin Danny :)” Millar then added, “A PS: There’s more to this than meets the eye, not quite as straightforward as a simple sequel. You’ll see what I mean :)”

Just finished the final script of a returning series you'll see launching at the end of the year and it's all just going to the artist now. I swear to God I've never been more proud of any script.
Two clues:
Corbin
Danny
🙂

A PS: There's more to this than meets the eye, not quite as straightforward as a simple sequel. You'll see what I mean 🙂

A number of fans quickly guessed, Millar is referring to his Chrononauts series with artist Sean Gordon Murphy.

Chrononauts was a time traveling escapade featuring Corbin Quinn and Danny Reilly. The two discover the power of time-travel and take man’s first televised steps through the time-stream. It’s a wild and crazy adventure.

What’s really interesting about this announcement is Millar’s PS. It’s possible this could be a tie-in comic to an upcoming Netflix series.