Marvel Comics will be rebooting their flagship title, Avengers, and starting over with a brand new team as part of their Fresh Start initiative. The new team will include Thor Odinson, Steve Rogers, Tony Stark, Captain Marvel, Black Panther, Ghost Rider (Robbie Reyes), She-Hulk, and Doctor Strange, who joins the team in a “rotating slot.” 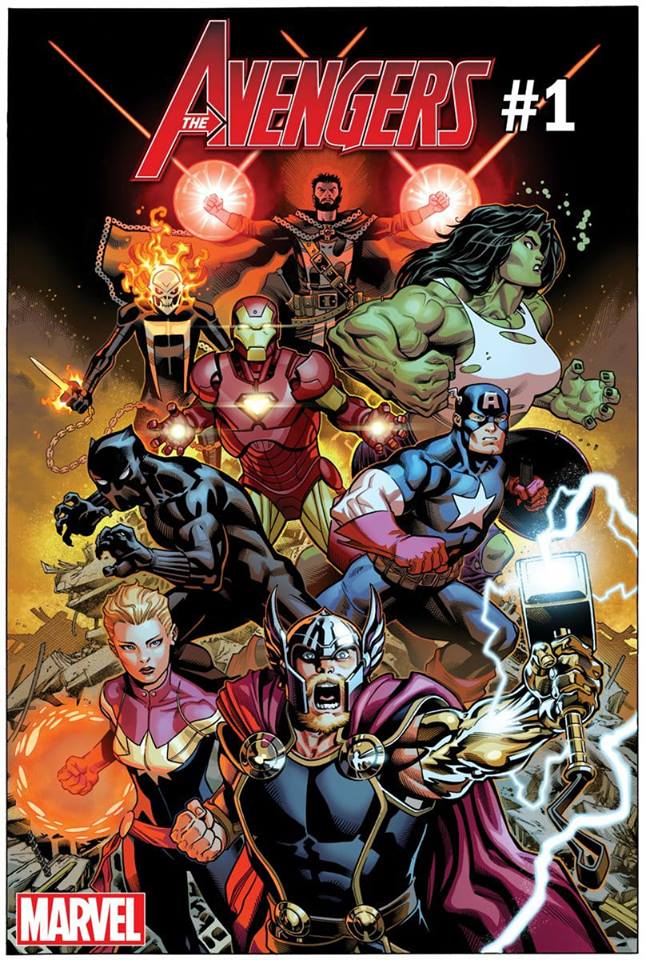 Marvel is putting Jason Aaron and artist Ed McGuinness on the book. The book is expected to ship 18 times a year and be the only Avengers title moving forward. With Aaron on the title, he expects to tie in the series with his Marvel Legacy #1 which recently reinvigorated Marvel’s line by promising the return of their classic characters. It appears that will still be the case as Aaron’s Avengers will jump back and forth in time between the prehistoric Avengers from 1,000,000 B.C. and the current day Avengers. And while it seems the two teams might not have much in common, there is a major threat uniting them, the Dark Celestials. The Dark Celestials are 2,000 foot tall space gods. 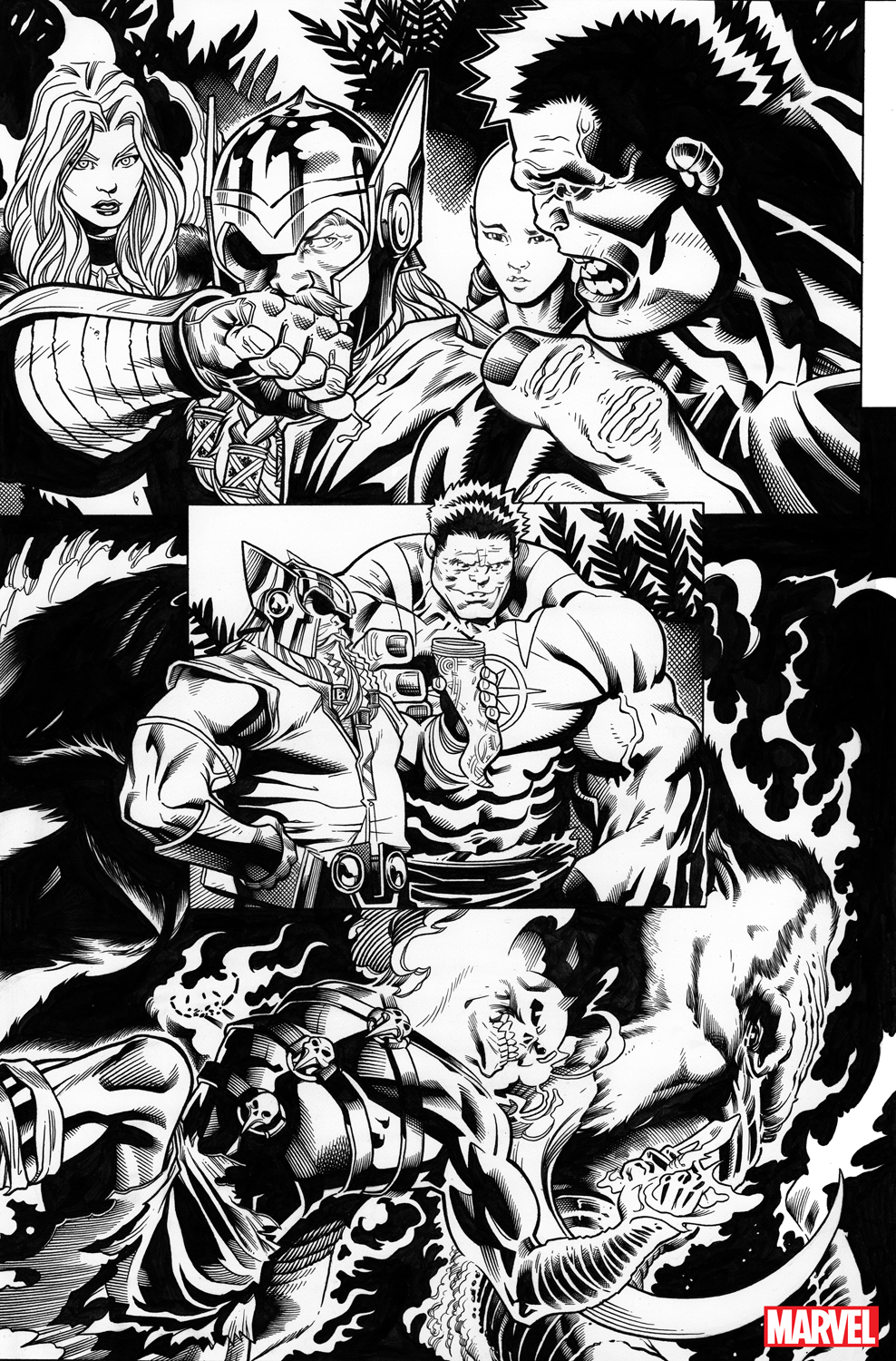 Aaron spoke to IGN about his upcoming run on the Avengers:

We wanted to get back to a small, core lineup. With big, iconic characters at the heart of that. So we get Steve, Tony, and Thor Odinson back together at the heart of this new team, and the rest of the team we build around them over the course of the first arc. My aim with this series is basically, if you only read one Marvel comic — not that you should read just one Marvel comic, but if you did — if you picked this book up, this would show you the landscape of the Marvel universe issue after issue. We want to feature the biggest characters and go to the coolest, most exotic locations around the Marvel U. 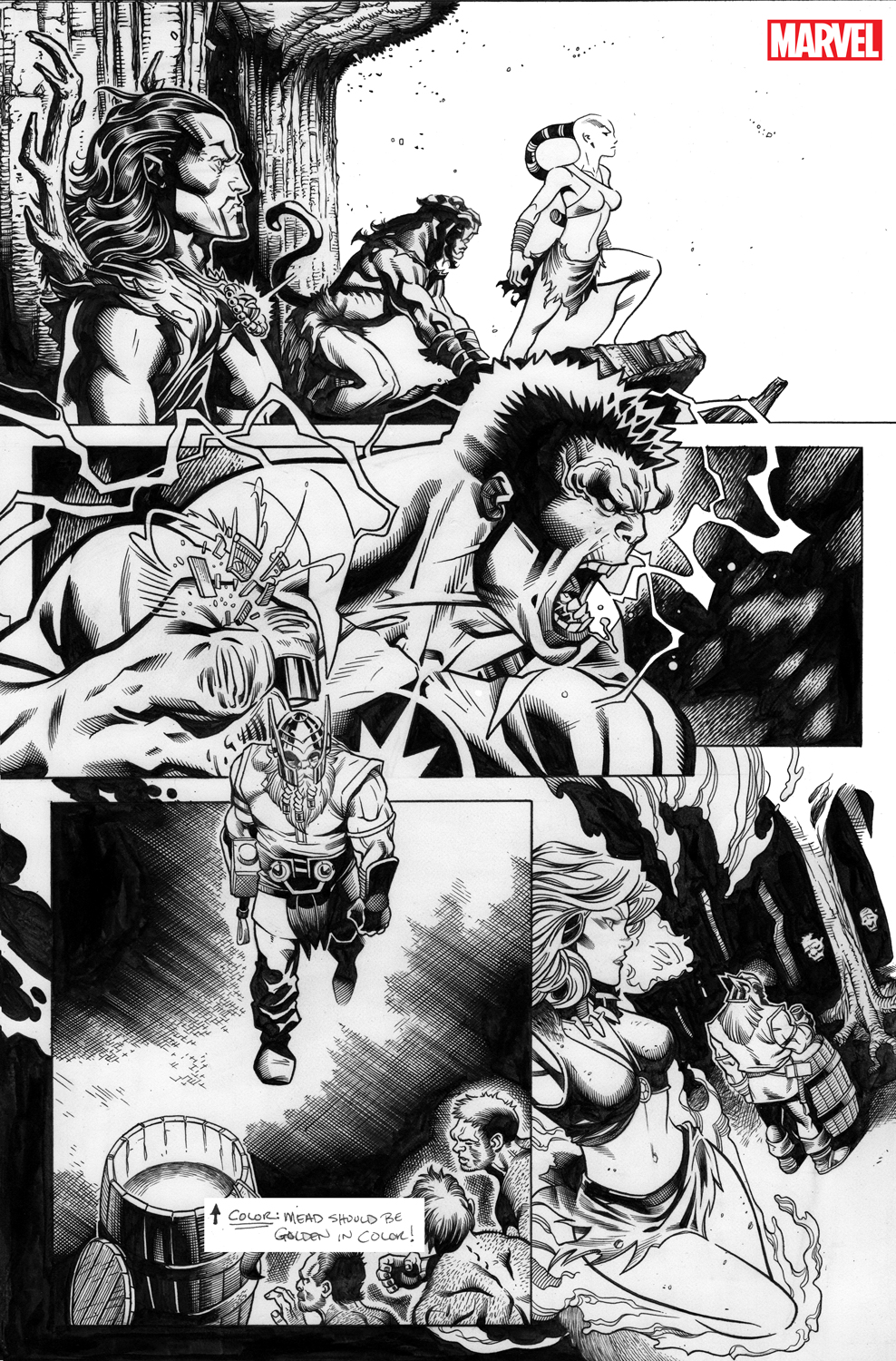 As you might have noticed, this new Avengers lineup might not be the friendliest of folks. Captain Marvel put Tony Stark into a coma the last time the two saw each other. Aaron promises the two are “not exactly all warm and fuzzy with each other.”

Aaron also discussed newcomer Robbie Reyes and his role on the team.

“Robbie Reyes is sort of the new kid on the block, he doesn’t really know any of these other characters, they don’t know him. They know the Ghost Rider, but this is a Ghost Rider not quite like anyone they’ve ever met before.” 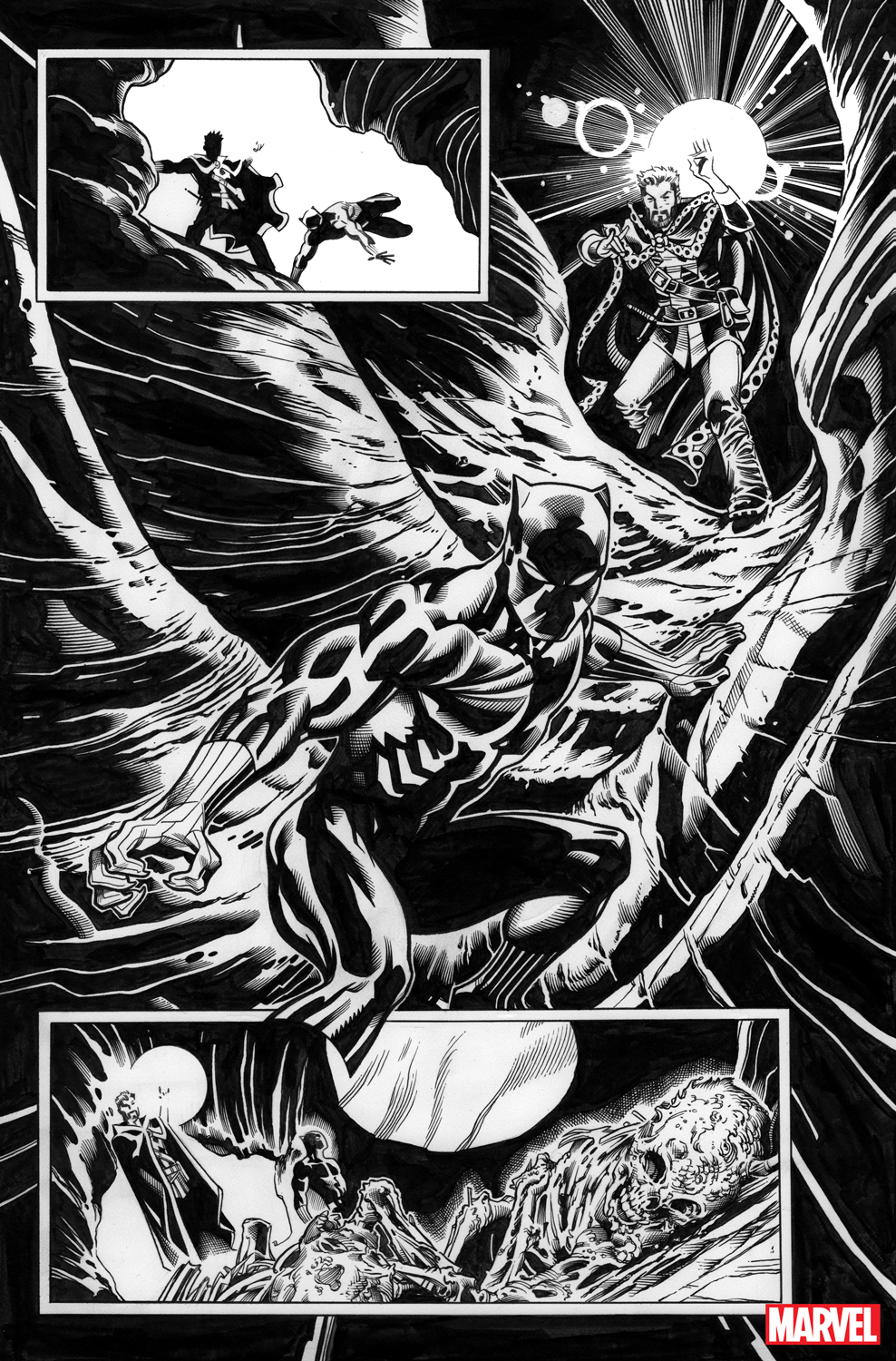 Not only did he address Robbie Reyes, he also justified his choice to use She-Hulk instead of Bruce Banner.

“You’ll see us playing with her powers a little bit, trying to differentiate her more from the Banner Hulk, and make her a more unique interesting version of the Hulk in her own right.”

Finally he talked about Black Panther who he believes will be the heart of this new Avengers team.

“I think the Big Three of the Avengers are really, really close to being the Big Four. I think Black Panther definitely deserves to be at the heart of an Avengers team like this, when you’re talking about the biggest, most iconic characters from that lineage. He has a big, big role to play, not just in this arc, but in this book going forward, and it’s really fun to be writing him again.” 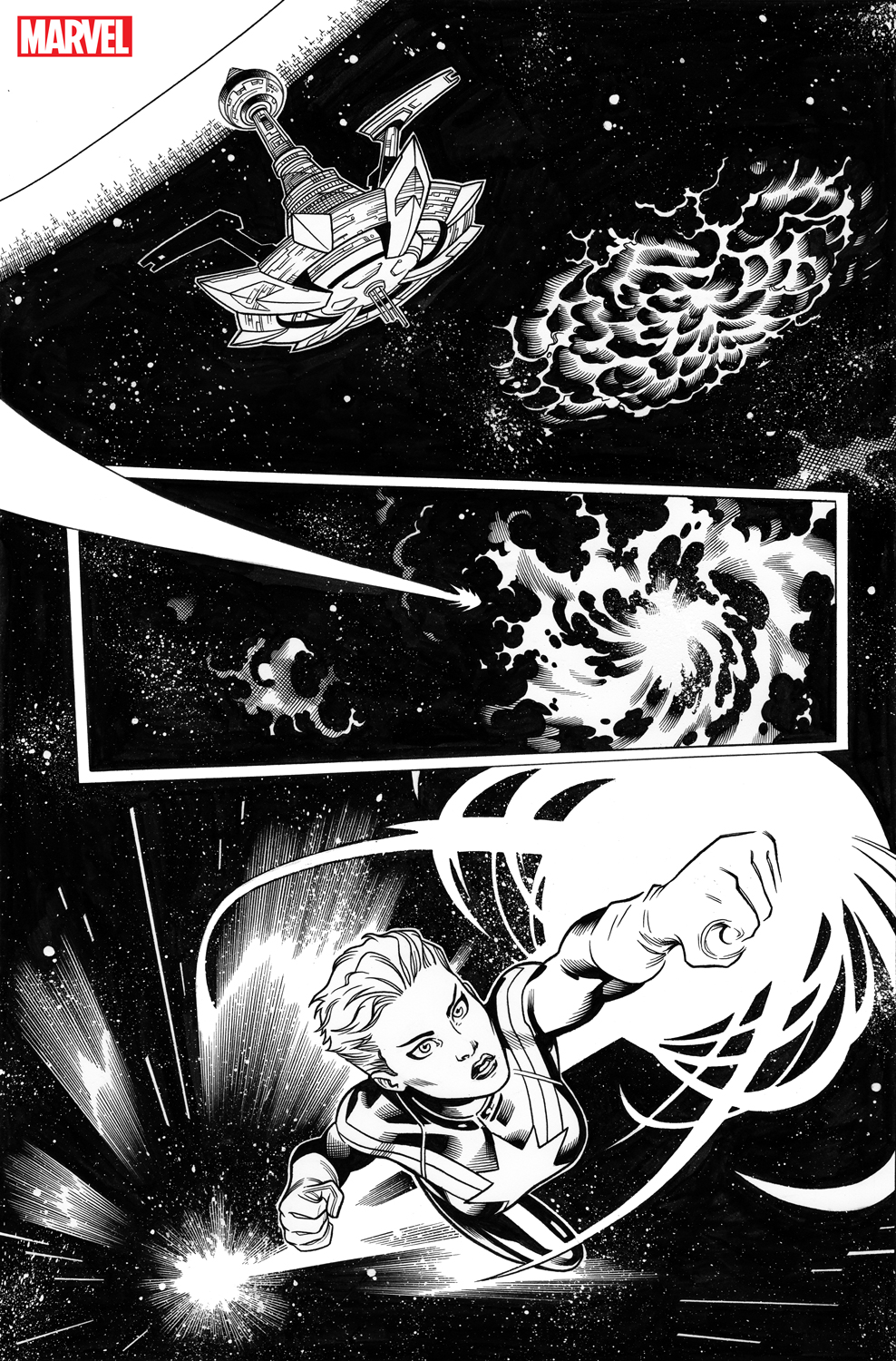 What are your thoughts on this new outlook for the Avengers? Do you like what you see?